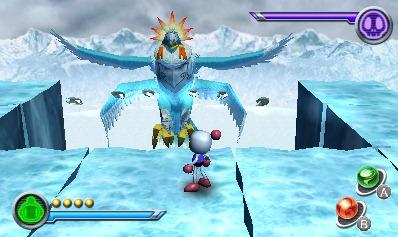 When Konami acquired Hudson a couple of months ago, it seemed unclear just what would happen to their line-up of scheduled releases, both for the 3DS and other consoles. In the release calender in Japan’s Famitsu magazine it has now been confirmed that all of Hudson’s projects have officially been canceled. This means that the upcoming 3DS games such as Bomberman, the new 3D version of Bonk, Kororinpa and Omega Five are now done for.

Bonk: Brink of Extinction, Bomberman and Real Boxing which were all headed to the PS3 are also listed as canceled as well as Deca Sports for the Wii. As grim as this news is, especially seeing Bonk and Bomberman on this list, I still have a gut feeling that it is possible that a few of these titles may see the light of day again if Konami decides to use any more of Hudson’s properties as Bomberman is shown in the screenshots for Konami’s upcoming Sudoku title for the 3DS. For now though it is a sad say for Hudson fans and gamers everywhere as we have lost a lot of potentially great titles. I’m sure we have not heard the last of this story so stay tuned and we will bring you any further developments as they are released.