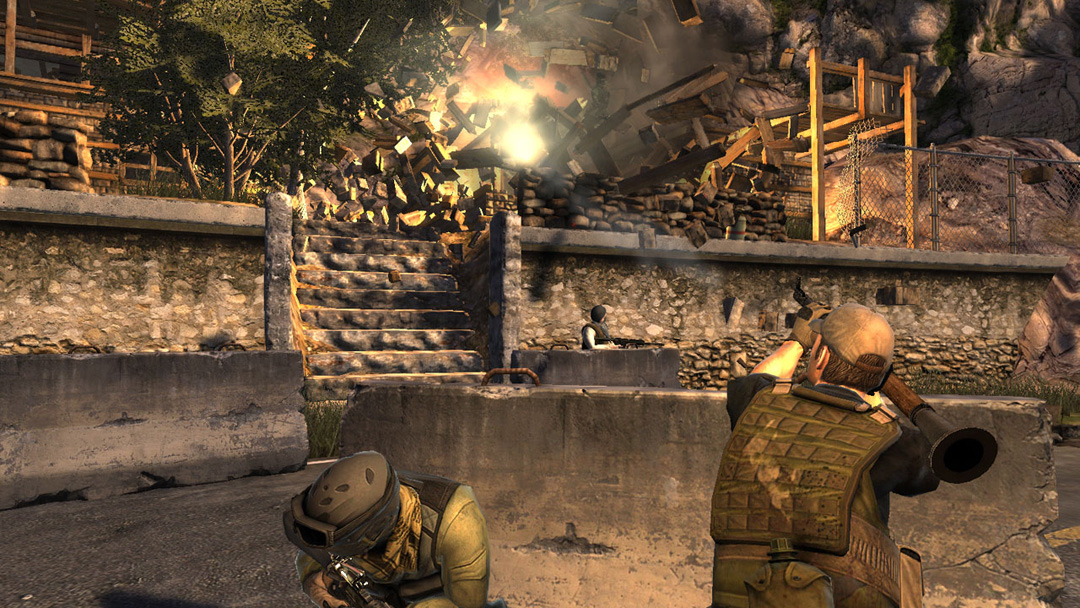 Atomic Games’ president Peter Tamte has revealed that he hopes to get Breach on XBLA this summer and that the developer is targeting to release it for $15.

Breach Details:
Atomic Games’ Breach is a first-person, multiplayer shooter that is expected to be released this summer. The game mixes a cover system with destructible environments, and allows players to see their handiwork on walls, floors, ceilings and even single bricks.

This could be competition for BF:1943… but you could never replace that right?