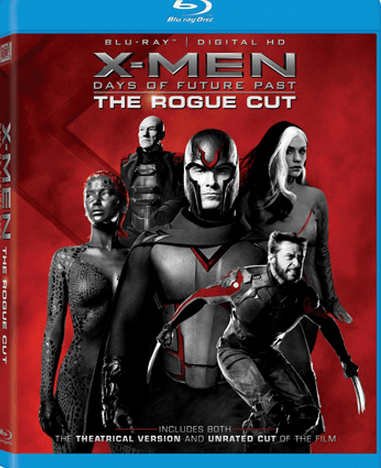 Is the future truly set? Can we change the past to create a better future? X-Men: Days of Future Past delves into the uncertainties of the mutant species, the threat of their extinction and the decade that triggered an inevitable war between Homo sapiens and Homo superiors. With the upcoming release of X-Men: Days of Future Past Rogue Cut on Blu-ray, DVD and Digital HD, fans are invited to travel back in time to see an alternate cut of the original film released in May 2014. Does the additional content change the experience, reconcile the past and unite mutants and humans for the future? 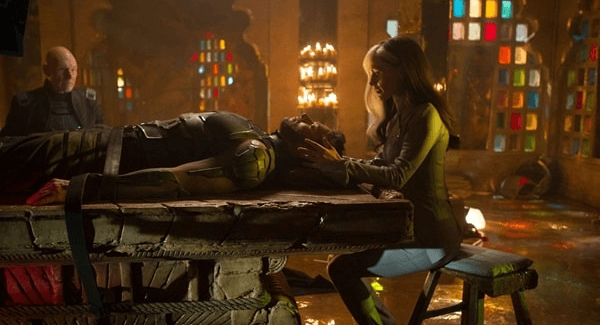 The X-Men universe in 2023 is falling apart; a dark and desolate world ravaged by the Sentinel Robots that are exterminating mutants and potential carriers of the mutant gene. A glimpse into the future with Kitty Pryde (Ellen Page) teleporting Bishop (Omar Sy) a few days before the Sentinel attack, gives the X-men a few days to take control of battle. Professor Xavier (Patrick Stewart) and Magneto (Ian McKellen) devise a plan to send a mutant as far back as 1973, to change critical events that lead to the future and hopefully ensure a “second chance, a better chance for everyone”. Logan / Wolverine (Hugh Jackman) makes the journey, being the only mutant strong enough to survive the distance. Well, his mind at least is projected back in time, while his body exists in a trance state in the future.

X-Men: Days of Future Past draws together the central characters in the past, while continuing the ‘doomed’ timeline that awaits the X-men in the future. In 1973, Charles Xavier is a lost man (following the events of X-Men: First Class) struggling to accept that a life with walking will come at the expense of no telepathy. Whereas, his “arch nemesis” Erik Lehnsherr is forbidden to use his powers being locked up at the Pentagon, as punishment for assassinating the president John. F. Kennedy. During this impossible time, Logan must bring together these two forces to ensure the fate of Raven / Mystique (Jennifer Lawrence) and prevent Trask Industries from creating the Sentinel Robots with her DNA. 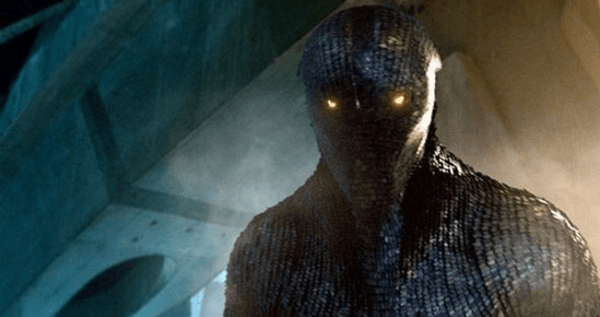 Despite the government opposition, Dr. Bolivar Trask (Peter Dinklage) is adamant on moving forward with his Sentinel program and is more inclined to do so, after encountering the mutants during the Summit in Paris. At this point in time Logan, Charles, Erik and Hank / Beast intervene the meeting and prevent Raven from killing Dr. Trask. However, in the process Erik poses as a new threat and directs his power towards Raven. Needless to say, the mission to change the future is delayed and now Charles must turn back to his powers to save Raven and prevent Erik from doing more damage.

Back to the present, the X-men are struggling to hold on to the fort with the Sentinels nearing closer. During the time travel process, Logan slips through time at the sight of a familiar face – Major Stryker (Josh Helman) . Memories of his traumatic past with Stryker snap Logan out of his trance state in the future, where he unintentionally scratches Kitty. To keep the transmission in place, Bobby / Iceman (Shawn Ashmore) advises Professor X and Magneto that they can bring in another mutant to replace Kitty. The team retreat to the old house and find Rogue (Anna Paquin) in the holding cells, being experimented on as a source for the Sentinels’ powers.

During the rescue mission, the Sentinel’s attack and come close to taking down the crew on the ship. Professor X manages to get Rogue and Magneto back safely to the others, where Kitty is released of her duty to keep Logan in the past and take care of herself. Rogue absorbs Kitty’s powers and continues the time transportation, letting Logan know she is there to keep him going.

Without diverting from the main storyline, X-Men: Days of Future Past Rogue Cut also features a scene between Raven and Hank, who become intimate at the X-Mansion in their mutant forms. In this particular scene, Mystique asks Beast if his views of her natural self have changed, since he said she would never be deemed beautiful as a mutant in the previous film – of course they have. Lucky for us, the audience can expect to see further into their relationship next year in X-Men: Apocalypse.

In the closing events of the film in 1973, President Richard Nixon announces that the Mutant Issue is in place with Trask Industries at the White House. The Sentinel Robots switch on when Erik makes his dramatic entrance (lifting an entire stadium) to surround the members of the White House. Prior to the announcement, the mutant manipulated the design of each Sentinel with metal on the train to D.C.. In 2023, the X-men do not stand a chance against the fierce army of Sentinels and with each death, it becomes more vital for the path in the past to change.

Rising Sun Pictures extraordinary visual effects transform time into a magical space, with awe-inspiring and memorable sequences in the film. One of the more prominent characters that meddles with time is Peter / Quicksilver (Evan Peters), who can move and think at incredible superhuman speeds. During the prison break, the escapees encounter a group of security guards in the Pentagon kitchen and it is here that the audience witness Quicksilver unravel in perfect slow motion.

In X-Men: Days of Future Past Rogue Cut, the fluid movement from the future to the past is juxtaposed when Magneto leads the way to save Rogue in the future, while his former self returns to the Pentagon to reclaim his helmet from storage, and thus ultimate power. In the new version, Erik pauses at the sight of the coin, the one from X-Men: First Class that ends the wrath of Sebastian Shaw (Kevin Bacon).

Composer, John Ottman encapsulates the importance of time in his music, that resonate with the characters journey’s in X-men and never-ending battle. The score titled ‘Hope’ (Xavier’s Theme) is a standout, alongside ‘Time is Up’ in the opening action scenes with the Sentinels. In addition, Jim Croce’s song ‘Time in a bottle’ fits perfectly with X-Men Days of Future Past.

The theatrical version of X-Men: Days of Future Past Rogue Cut presents an alternate cut of an amazing title. The additional 17 minutes of scenes with Rogue, Magneto, Professor X and Bobby, as well as Hank and Raven, serve as a film extension for fans eager to indulge in more X-men. Initially, the unreleased footage was taken out from the original film due to time restrictions. However, the Rogue Cut manages to draw together the deleted scenes and maintain the core focus of the movie. With the Blu-ray and DVD special features, X-men fans will get their fix with the definitive documentary “Mutant vs. Machine”, X-Men: Unguarded, Gallery and Fantastic Four Sneak Peak. X-Men: Days of Future Past Rogue Cut will be released on Blu-ray, DVD and Digital HD as of July 15th.