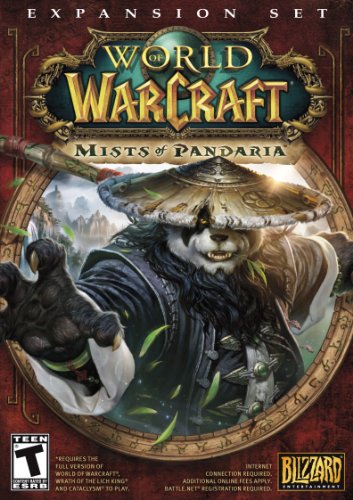 World of Warcraft is undeniably the most popular MMORPG of all time. I was going to open with the longest running, but I’m pretty sure that there’re some others out there, like EQ or UO still running and taking that title. Regardless, there is no denying that if you’re a gamer, you’ve definitely heard of this behemoth and have an opinion on it; even if you haven’t actually played it.

In the World of Warcraft series, there are currently 5 products available in the MMO line. These are the Core World of Warcraft game, and the other expansion packs, The Burning Crusade, Wrath of the Lich King, Cataclysm and now, Mists of Pandaria. 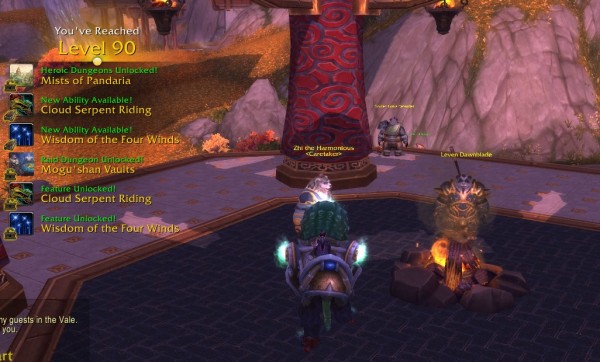 Before the game was released, a lot of people were skeptical about this games storyline. In fact, the expansion pack had gained a reputation of being a joke as soon as the title was announced. This was furthered by all corresponding artwork that pinned the game as being a Kung-Fu panda rip-off. However, anyone versed in the Warcraft lore knows that the Pandarens were Kung-Fu long before the horrible Jack Black film. As someone kind of versed in Warcraft lore, I knew this already so I wasn’t one to dismiss this title off hand. However, it seems that the developers of this expansion pack seemed to think of this expansion pack as a joke and pretty much insulted their entire playerbase with its horribly done story.

Now, World of Warcraft has never really been a terribly story-driven game in the past. However, that does not mean that the story wasn’t there. You just had to pay attention to learn what was going on. However, since around WotLK, there has been a bigger emphasis on storyline elements. Now the two expansions prior to this one, I believe, got the story balanced out correctly. However, in Mists of Pandaria, it seems you can’t even complete a short questline without sitting through some and boring cinematic featuring a Panda doing some Kung Fu. 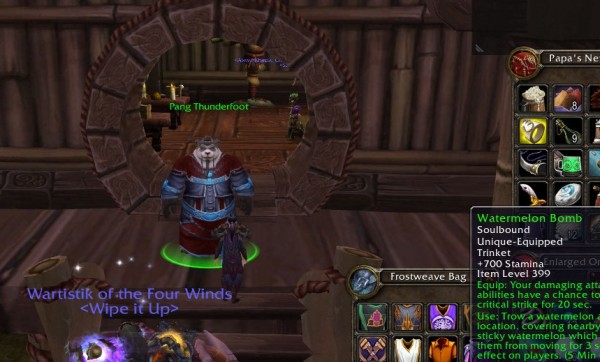 What’s even worse about this game is that it seems that more effort had been put into making these horrible cinematics than attention paid to other areas of the game. Most notably dungeons. In fact, outside of some tiny references, you can never actually tell if the dungeons in this game are essential to the story or not. This is outside of the one with the giant green dragon thingy that’s a Sha, anyways.

What’s a Sha you ask? Why, they are the new enemies in World of Warcraft. You see, in Pandaria, the land itself is alive and when the Alliance and the Horde bring their silly war over to that continent, it wakes up the negative energy of the place and creates these creatures. Or something. I can’t quite remember the exact logic that one cutscene threw at me that one time. 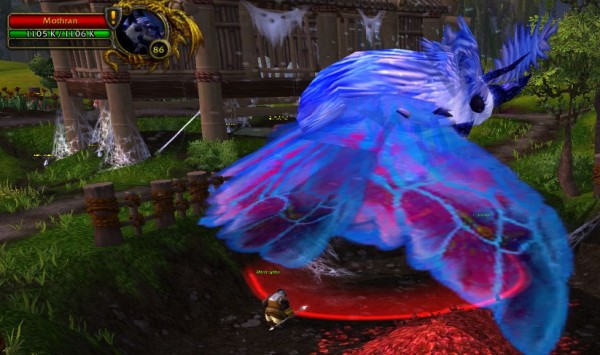 If I had to summarise the World of Warcraft: Mists of Pandaria storyline, I would summarise it as thus:

The Horde and the Alliance are still at war for some silly reason and awaken some kind of new evil on a continet filled with Pandas. However, the story itself is a personal tale of one heroes lone adventure through a strange and unusual continent. Along the way the Hero meets and assists many Pandas that are mostly in a state that can only be described as inebriated. Also, the Kings son is missing but it’s okay because you find him and everything turns out okay.

Beers and Pandas the MMO.

I don’t want to say I hate the way they’ve handled things like skill-trees, talents, skills and the like, but I really don’t like it. We’ve gone through 4 other iterations of the game at this point, for what reason was there in removing talent trees other than to make the game easier than it already was? None, that’s what. 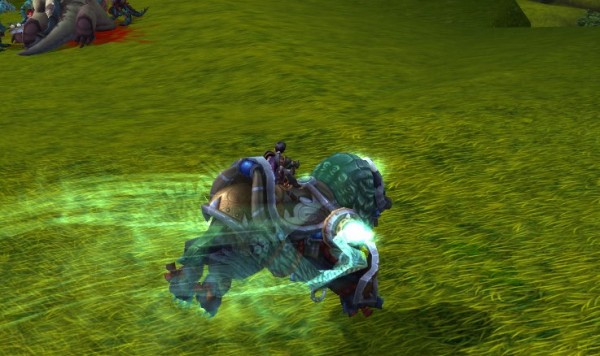 It’s evident that the developers discovered they had made an easy mode game by virtue of the fact that they’ve created an artificial challenge by way of having players grind the crap out of repeatable daily quests. Now this wouldn’t be an issue if you could do these quests multiple times per day, or you could grind the reputation points for the actual good equipment in some other way, but nope. You’re pretty much locked down to a certain number of reputation per faction per day. Many players claim this can take up to a month or more to reach exalted with all of the factions in order to get raid-level gear.

This is just horrible design. You shouldn’t have to add an artificial time-sink into the game for added challenge. If the content was something that was challenging enough to require practice and offered rewards comparable to the effort, then this whole system would be useless.

There’s also the new Pokemon clone, which is pretty similar in functionality. Player collects animals, animals fight each other, someone wins. They also level and get new abilities. If you’ve played Pokemon, You’ve kinda played this already. 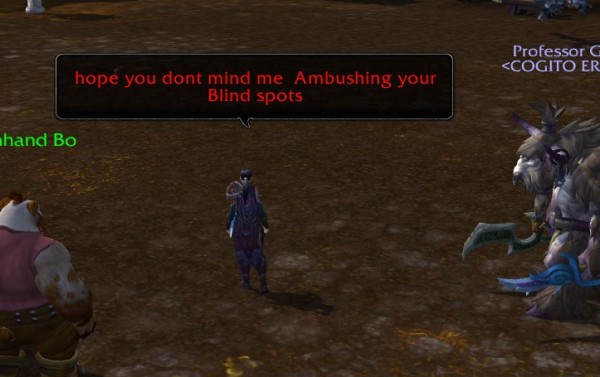 Outside of the traditional looking Asian architecture, there isn’t really much else to the game. There is no massive underwater civilisation, there is no glowy tree zone. The closest thing we have to creativity is this section that looks like it’s consumed by creep and has insects living on it. Heck, even the Sha enemies are pretty plain looking slimes with Zebra coating.

Nothing about the games audio has really changed at all. I mean there’re now more cutscenes and thus more voice acting. What’s disheartening about these is that the subtitles either choose to not work during them, or that they just simply were not programmed in. This sucks for players like me and deaf people because I listen to music to blur out the pretty bad soundtrack to the game and deaf people just plain can’t hear.

Overall it seems like Mists of Pandaria was an expansion pack that was either rushed out to meet some kind of deadline (which is really unlike Blizzard and their culture) or that it was intentionally made to be the worst possible expansion to the biggest MMORPG since Everquest. I really don’t want to believe that the latter is the case, but the former is just as bad of one.

This is easily the worst thing to happen to World of Warcraft since ever. Too bad it’s what the players want.