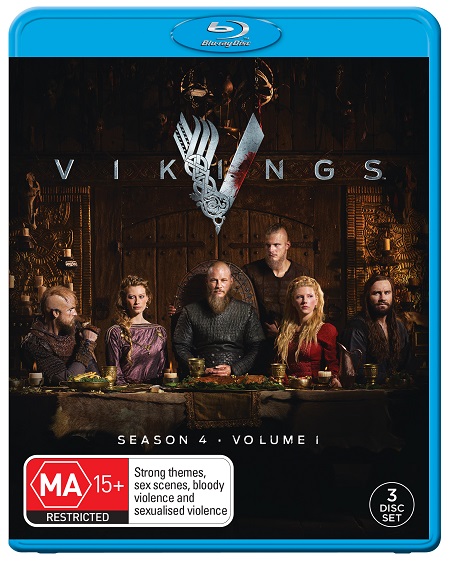 The Norse raiders have returned once more to the shores of my channel surfing coach kingdom. Considering this is the fourth visit by these brutish sailors, you might consider that I’d feel their attentions to be somewhat unwanted. Luckily, I’ve enjoyed their previous visits in seasons 1, 2, and 3 so I’ve been looking forward to this new season (of which, we’ve only seen half apparently). Is this the season which finally breaks upon the high walls of my expectations or has it found a way to scale over them? Read on, dear reader, and find out for yourself. 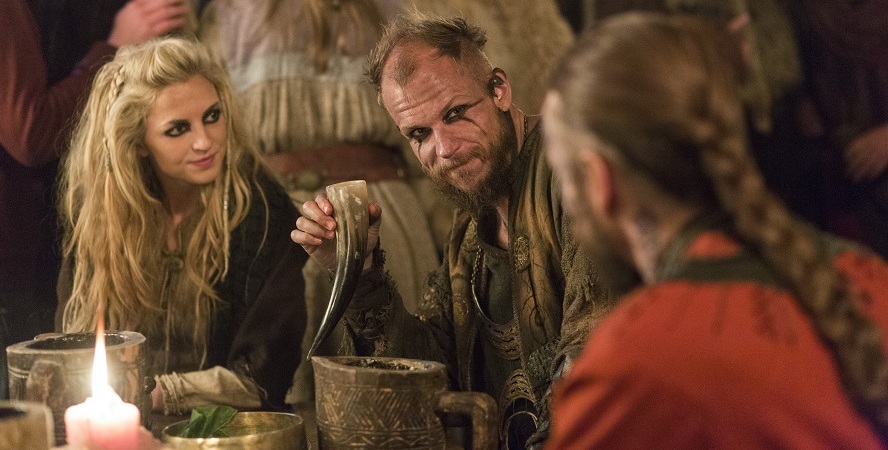 The show returns us to the story of Ragnar Lothbrok (Travis Flimmel) and his family in the aftermath of his successful raid on Paris and return home. The focus jumps between Ragnar, Wessex, and Paris as each make their preparations for the next confrontation. Ragnar deals with competing egos amongst the other Viking nobles as he prepares for the next great raid on Paris. King Ecbert (Linus Roache) of Wessex plays regional politics amongst the kingdoms of Wessex, Mercia, and Northumbria while also playing his immediate family members against each other. The court at Paris deals with their recently acquired Viking duke in the form of Rollo (Clive Standen) switching sides to join in the defence of Paris against his brother. Each of these disparate story points build up the tension as the various personas the story features will come into conflict in their own due course with every outcome uncertain (for anyone who has not read their history too closely).

The show has certainly begun to feature a lot more intrigue and politics within its plotlines than it has in its first series. I feel that is largely a result of the fact that the scope of the show has expanded to meet the growing power of Ragnar himself who has gone from peasant farmer to King. The interactions and power plays in the courts of each of the major historical players is entertaining and compelling as we see the various characters connive and fight for power. In particular, I find Ecbert’s storyline to be one which stands out in the realm of intrigue as he works his political muscle to make each and every unfolding event work in some manner towards his benefit. This increased scope does mean that we do spend much less time with any one particular character which can at times be annoying when the focus shifts to a plotline which is less interesting. 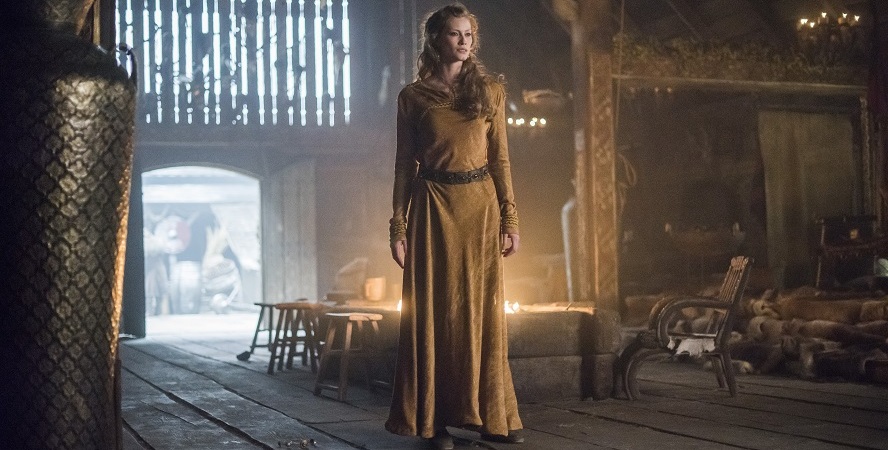 Once again I find that the weakness of this series lies in its depiction of life on the Viking homefront. When Ragnar and the rest of the adventurers are off raiding in Frankia, we keep getting cutaways to Aslaug (Alyssa Sutherland) as she attempts to engage in one affair or another, mainly centred on the wanderer Harbard (who may in fact be a god) played by Kevin Durand, but they’re generally quite unengaging. When compared to the excitement of sea battles, sieges, and the intrigues within other points of focus within the show, I really could not give a toss about with whom or what Aslaug is sleeping/angry with. In the first season of the series, it was interesting to see the depiction of Viking life on the homestead but as the scope of the series pulled back to show us a wider picture, I feel that this aspect of the show needs to do more than simply melodrama in order to keep me interested… especially when it takes away from other more interesting plot points in the show.

In terms of the new characters and plot developments introduced, I find Ivar Boneless (Alex Høgh Andersen) to be particularly intriguing as one such example. His nuanced relationship to his father is interesting as he declares his admiration for Ragnar as he defends his actions while denying that he feels any love for him. Of equal interest is the heavy hints that the coming season of Vikings will feature Bjorn travelling down to the Mediterranean. As an avid student of history and a fan of the tales of the Varangian Guard in the court of Constantinople, I am very interested to see where showrunner, Michael Hirst, ends up taking these plot threads. One thing which I know for certain, in regards to the sons of Ragnar, is that we are getting closer and closer to seeing the formation of the ‘Great Heathen Army’. 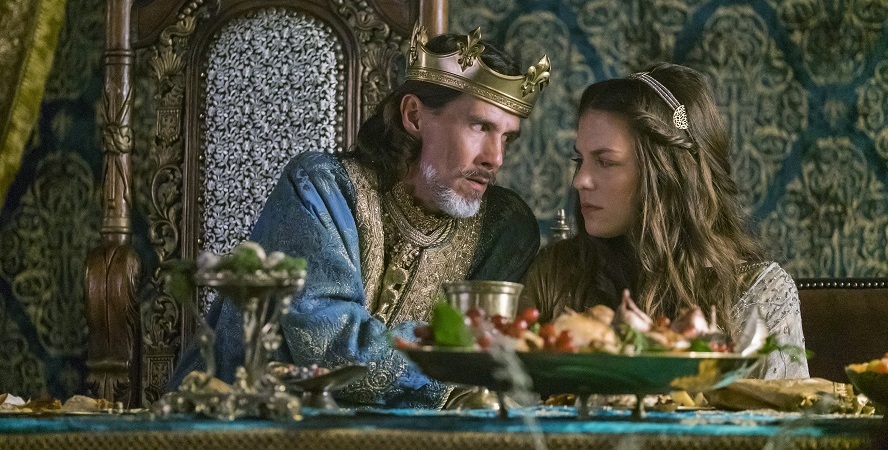 The visual direction of the series is somewhat more restrained this season. I feel that this is largely the result of the departure of the character of Athelstan and his religious visions. The first episode does feature a pretty cool shot of Ragnar’s fever dream, but I don’t believe we get anything else quite like it in the rest of the season. There are still some noteworthy shots and sequences such as the montages comparing the religious rituals of the pagan Vikings to the rituals of Christendom. The battle sequences were not nearly as visually interesting as they were in the seasons previous and I feel that the greater scale that we have gradually been introduced to has hamstrung the directors of these sequences as I feel the combat loses focus. Without going into the full-on production spectacle required by the likes of films such as Kingdom of Heaven, a television show can only do so much with its budget to film elaborate battle scenes. That being said, their use of practical effects are certainly awesome and their depiction of a medieval river battle certainly felt genuine.

The show continues to feature awesome sets and costumes to really bring you into the period. When it comes to historical dramas and period pieces, getting the feel of the costumes right even if they’re not necessarily historically accurate, is what is crucial in selling a series like this. Luckily, the show has some really awesome costume designers who can pull it off and make each group of characters feel different just from their fashion. The sets are of a similarly high quality with each location setting its own character with the Parisian and Roman courts featuring a degree of opulence not found in either the longhouse of Kattegatt or the stone hall of Wessex. 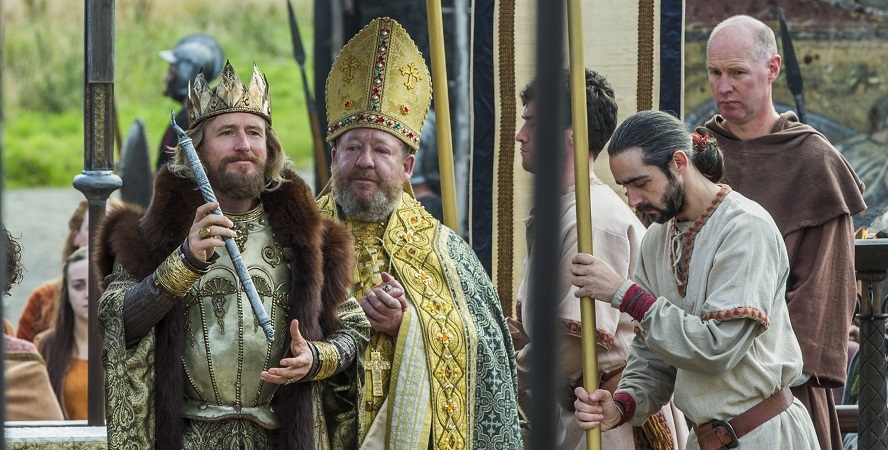 The show’s soundtrack largely maintains its offerings from its previous season in terms of its soundtrack. This isn’t a fault that I’m pointing out however, as the music and soundscape these tracks create suit the show’s theme and content quite well. The direction also makes careful use of the music to follow through on a scene’s emotional beat. There is a heavy focus upon pieces which feature vocals such as Gregorian and other types of chanting. It certainly fits into the idea that most people would have of the time period and I see no problem with that. 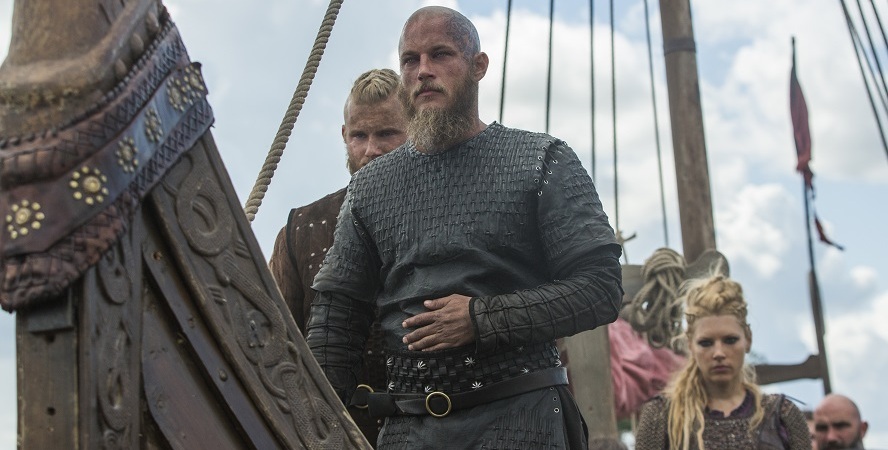 As this is a History Channel production, the extras largely revolve around discussing the historical basis of the show. In terms of documentary content to provide context to the show, the extras certainly feature some great additions including discussion of the Viking raid of Paris and the establishment of the Vikings as ‘Normans’ in Normandy. In particular I liked one of the pieces which discussed the historical contention around one of the show’s central conceits which is the Vikings use of sunstones as navigational tools. This conceit has been featured on the show since the first season when Ragnar first decided to sail westward and its inclusion, I feel, helps to show that the study of history is a living discussion rather than a set account which never changes. 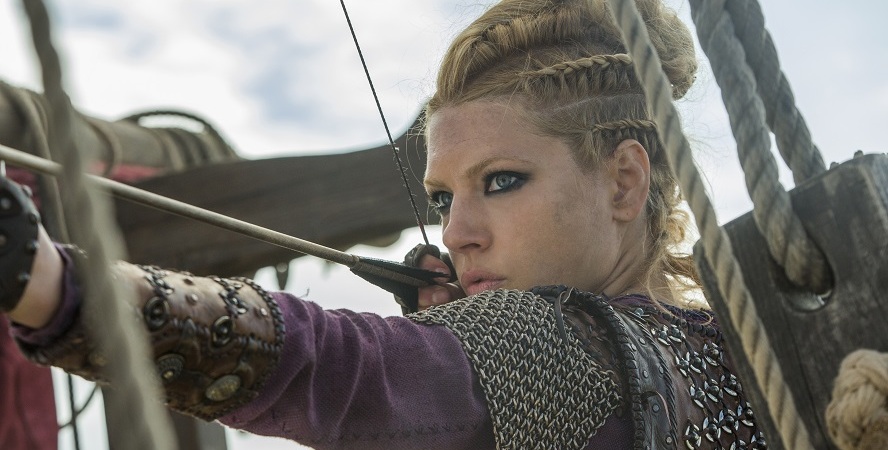 Overall, I continue to enjoy the Vikings series immensely and this new season continues to draw me in with its depiction of a world that is quite foreign to me. The narrative of the show now features a far greater scope which brings both benefits and drawbacks. The excellent costumes and sets are visual aspects which bring the time period to life to help sell the series to its audience. The soundtrack is well suited to match with the visuals but largely feels unchanged from offerings in previous seasons. The show continues to entertain in this half of the season and I look forward to seeing the rest of the episodes when they come out in a month’s time from today. I can recommend this season to old fans and I strongly recommend starting from the beginning if you’re interested in the show.
Capsule Computers review guidelines can be found here.

Vikings continues its strong series with this new season but suffers from decreased focus due to its wider scope in characters and setting
8.5