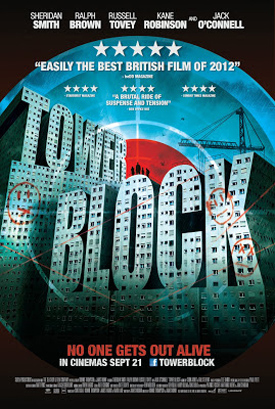 Directed by James Nunn and Ronnie Thompson, Tower Block is a modern day thriller set amongst the backdrop of a low-income apartment building. After a sniper targets the residents, it is a story of survival and escape before they are all picked off one by one. Sheridan Smith (Mrs Biggs), Jack O’Connell (Wuthering Heights, 300: Rise of an Empire), Ralph Brown (Alien 3, Jack the Giant Slayer) and Russell Tovey (Sherlock) lead the cast through what is a formulaic and at times nonsensical thriller. Despite a conclusion that anyone can see coming a mile away, and some lackluster acting performances, Tower Block does well to always keep you in a state of suspense, never knowing who is going to bite the bullet next. 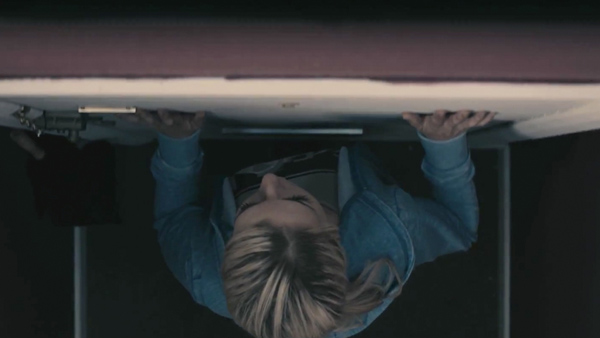 After two masked men brutally beat and murder a teenager in the middle of an apartment block hallway, the local police are trying their best to gather any information that will lead to the arrest of those responsible. Fearing reprisal if they speak, none of the residents of the tiny, dilapidated apartment building are willing to say a word. Not even Becky (Smith) who tried to help the boy is willing to step forward. Three months later, the residents find themselves the target of a sniper who is organised, efficient and deadly.

From here the story is about this group of people and their struggles to make it out of the apartment building alive. The killer has thought of everything through, from barricading doors through to placing booby traps around the building. The plot is a little nonsensical at times, and the ending can be seen a mile away, but Tower Block manages to keep tensions high, and have you constantly worrying about who will die next. 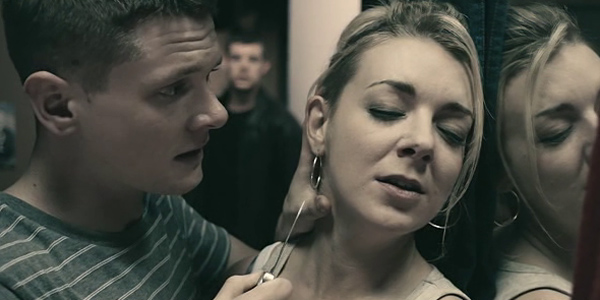 The characters all feel like they were lifted straight out of a textbook on stereotypes. You have the older couple, the abusive mother, the teenager obsessed with Battlefield 3, the deadbeat flatmates and the strong single woman. These stereotypes and the characters themselves aren’t that bad, but not enough is done with them. Aside from the shock value of someone dying, I didn’t find myself caring for much of the cast. The only really interesting character is Kurtis, and quite frankly he is an ass. A lot of this might come down to the acting, as the performances just didn’t draw me to many of these characters.

The movie also has its fair share of red herrings, and what-if scenarios to try and distract the viewer and have them piece together the story on their own before the dramatic reveal towards the end. The problem is that the outcome is obvious, and there are a tonne of better ways that it could have been handled. 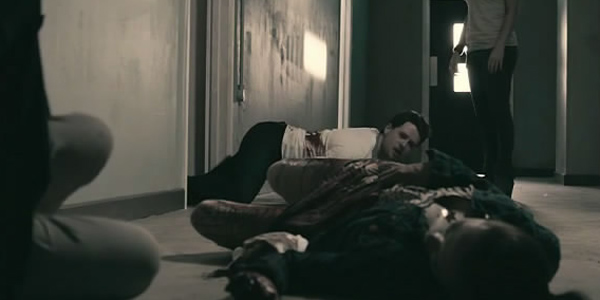 Most of the movie takes place in the small corridor outside the apartments of the would-be victims. The hallways is dank, dark, gloomy and cramped, which adds to the feelings dread and desperation that the movie presents. The fact that the hallway is a confined space also leads itself to the feeling of being “Trapped.” When watching, I was constantly reminded of rats in a cage who are all struggling to get out.

The camera work on Tower Block isn’t the greatest. Everything is over-exposed and all of the colours feel washed out. The combination of the two results in a movie that is filled with a lot of bland colours, with a lot of greys and dull blues. You feel sad just watching the movie, which is I guess a double-edged sword, as it helps capture you in the moment and presents the feeling of hopelessness that the characters are going through, but at the same time everything just looks boring and uninteresting. 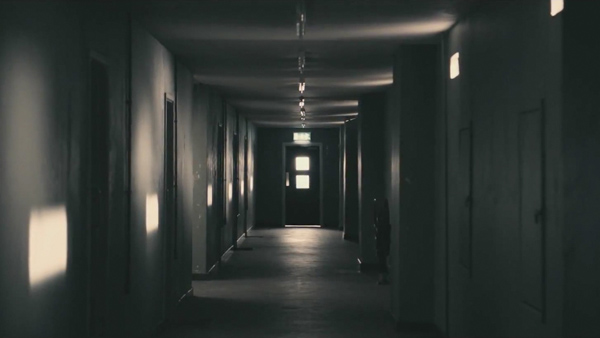 This film is distinctly British. By that I mean that everyone speaks with a thick English accent which can be occasionally difficult to decipher. The moments where it is difficult to understand weren’t too common, and typically only happened when the characters were getting overly frantic and speaking quickly. Regardless, if you are not good with accents then you might have a bit of trouble with this one.

When it comes to music in a movie, I typically have the belief that music should be present in such a way as to add to the mood or tone of the film, without the audience member necessarily noticing it is there. This is something that Tower Block pulls off sublimely. It wasn’t until about half-way into the movie that I actively thought about the music and how I had barely noticed it up until that point. Going back, it wasn’t because it was absent, but carefully subtle so as to do its job. Tower Block’s quiet, ominous music really goes a long way.

While the music is done nicely, the sound effects can sometimes leave a lot to be desired for. The main sound effects are fine; things like doors slamming or the sound of a bullet ricocheting are done near-perfectly. The problem lies in the subtler stuff. It may sound nit-picky, but the sound that a garbage bag makes as you pick it up is distinct, and almost universally known, and the choice to omit such a sound kind of kills the feeling of life in the film. It isn’t just one instance either, there are several moments where you would expect a subtle background noise to play, and when it doesn’t you are reminded that you are indeed watching a movie. 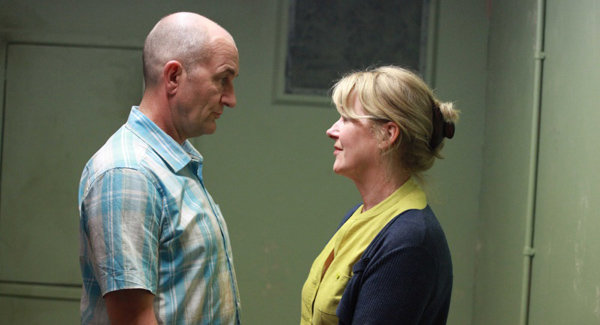 This version of Tower Block was very much a bare-bones release, with no added extras or bonus features to speak of. The only options you are given upon loading up the disc are to; play the movie, select a chapter, or test the sound. Also the menu text for the unselected options was a pale off-white colour which made the white highlighted text hardly stand out, resulting in a menu that was more difficult to navigate than it should have been.

I guess you could say that Tower Block is a pretty average film. The good balances the bad almost perfectly. Uninspired acting and largely uninteresting characters are balanced by one well-played a**hole. Perfect music is balanced by washed out visuals, and the nonsensical plot is balanced by the tension and stress of worrying who will die next. All in all, Tower Block doesn’t add anything to the typical thriller formula, nor will it be remembered as anything other than a B-Movie. Regardless, if you are just looking for a thriller to switch your mind off and enjoy, then it might be worth your time (unless you struggle understanding accents).