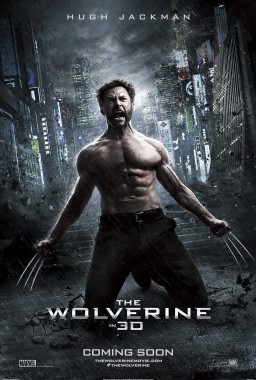 Directed by James Mangold (Walk the Line) and written by Christopher McQuarrie (The Usual Suspects), The Wolverine is an adaptation of the limited run comic series by Chris Claremont and Frank Miller back in 1982. It is set as a sequel to X-Men: The Last Stand, whereas originally it was expected to be produced as a prequel and retelling of Wolverine’s (Logan) origins. It explores his time in Japan and follows many details of the source, whilst introducing new elements to the proceedings. There have been multiple attempts now at telling a good Wolverine arc/story on film, but have 20th Century Fox finally succeeded?…

The film opens calmly before panic ensues, as Japanese soldiers are rushing people away from the impending atomic bomb that is about to hit Nagasaki. Wolverine is witnessing it all through the slit of a well’s steel covering, hanging near the top with his bone claws plunged into its walls. One soldier – surname Yashida – spots Logan and tells him to run…he knows there’ no point in running. The sirens persist and impact is imminent, and the remaining soldiers kneel to the ground and proceed to perform hara-kiri (ritual suicide). Yashida is reluctant, but finally musters the courage to end his own life just as Wolverine grabs him, throws him into the well and leaps in himself, ahead of the blast. 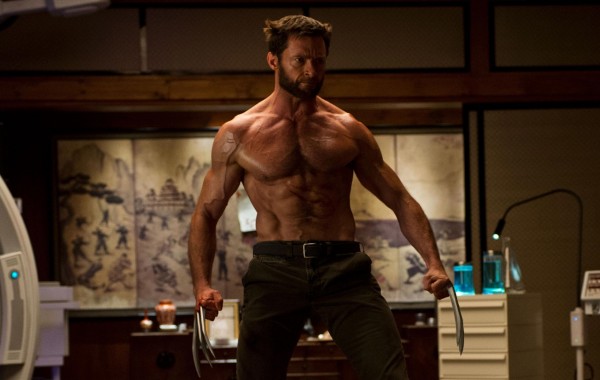 Logan takes the steel lid and holds it over Yashida as the fire sweeps across and into the deep well, burning Logan to a crisp. Yashida sees the horrific visage of a burned Wolverine before he starts to heal, and proceeds to “freak out”. Jump to present day and Logan is effectively a caveman, and having persistent dreams of his true love Jean, who calls for him to join her. He has vowed to abstain from violence since that day he was forced to end her life, but again is forced to take another as a bear – shot with an arrow in his back – writhes in pain. Wolverine tracks the hunter responsible down to a bar in town, questioning why he is in possession of poison-tipped arrows, which are illegal.

Just as Wolverine is about to break his vow, a Japanese girl named Yukio steps in. She has been watching “the Wolverine” and says that she works for an old friend – Yashida. He is on his death-bed, and only wishes to say goodbye to the man that saved his life. Yukio convinces Logan to fly to Tokyo, but on the condition of it being a one-day trip because he, apparently, “has things to do”. When they arrive, and after a humorous washing scene (ladies forcefully scrubbing him down in order to look presentable), Logan discovers that there is an ulterior motive for his beckoning… Yashida wants to lift the burden of immortality from Logan and adopt it for himself. 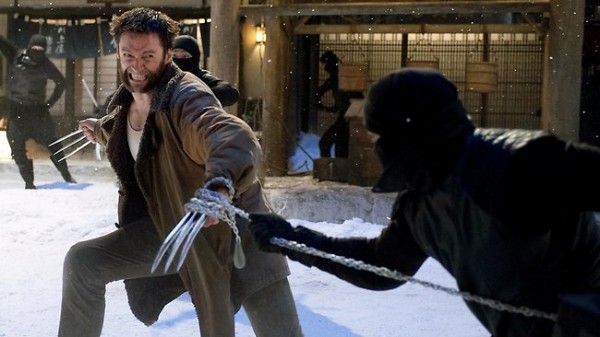 Logan insists “you don’t want what I have” and declines. From this point forward, the dynamics and issues of this traditional family come to light as their patriarch – CEO of the most powerful tech company in Japan – on the verge of death. His granddaughter, Mariko, is distraught, but hiding something as arguments with her staunch and traditional Father are witnessed by Logan. A new villain soon appears to Logan – the toxic Viper – as if in a dream, that same night, which awakens Logan to find that Yashida has passed. Logan has lived in solitary since the events of The Last Stand, sulking and brooding to himself, alone. He has now been thrust into this family, undoubtedly feeling slight guilt for this loss. 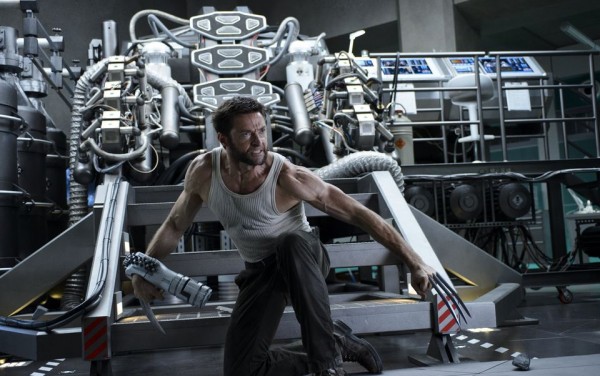 Minor spoilers ahead, but it’s no surprise that the Wolverine within feels the heroic need to interject as Mariko is revealed to be in grave danger. Wolverine finds amongst the action that he is also not healing properly, but continues on his quest to keep Mariko safe (and discover what is happening to him). The story is much smaller in scale and scope than the bombastic X-Men entries and so allows for a more personal look at Logan, the man. That doesn’t mean it skimps on action, with some great set-pieces, which do sometimes verge on the ludicrous (that bullet train scene is insane, but fun). More so than in Iron Man 3, this is an examination of a character whom we thought to be infallible, and it’s great.

Japan always films well and is a favourite and welcome backdrop for me personally. From the traditional architecture of its housing and temples to the neon-lit streets of Tokyo, The Wolverine explores many facets of Japanese culture, not just through the script (chopsticks standing vertically are a bad omen!), but in visual language as well. Much of the film was also filmed here in Sydney, Australia, made up with Japanese signage to resemble the inner parts of Tokyo – it was executed so well that you wouldn’t even recognise it (I had to research what was shot where in order to know myself).

There are some truly amazing visuals here, such as in the third act when, in a snow-topped village – a large outdoor set constructed at Sydney Olympic Park – Wolverine is shot with rope arrows and held back like a puppet whilst attempting to approach a tower in the near distance. There’s also an epic fight scene that plays off of shadow and light amongst the exterior Shoji screens of the Yashida compound that was cinematographically superb. Something you will have already noticed is the subtle change to Wolverine’s hairstyle, which maintains the iconic flare from the comics, whilst looking less outlandish (Dragonball Z being a good example of crazy hair when translated to live-action). 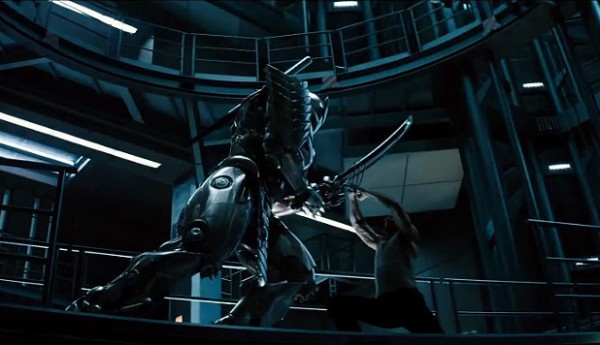 The 3D effect was extremely understated, to the point of becoming unnecessary (save money and see it in 2D). In terms of direction, James Mangold did a great job overall, however I felt like he overused the rack focus technique (when focus shifts from an object in the foreground to the background and vice versa). It became repetitive to the point where you could make a drinking game out of it. When it comes to audio, to be honest, very little about the music is memorable, and that can either be looked at as a good thing or a bad thing. It’s not meant to distract from the visuals but enhance it, and in that respect it worked well. The film is a lot quieter in that the dialogue and ambient sounds of the world do more to build the soundscape than the score.

The Wolverine is the best representation of the character on the silver screen to date. The film deals with personal themes relating to the consequence and burden of Wolverine’s healing mutation – immortality – and the emotional pain caused by Jean Grey’s death – which he has to come to grips with as being a necessary result – in a very human way, the depths of which haven’t been explored in the past. The movie has a few moments of ridiculousness, but when dealing with mutants and source material such as the X-Men comics, it can hardly be avoided all together. This is what Origins should have been, and now the character is refreshed for X-Men: Days of Future Past.