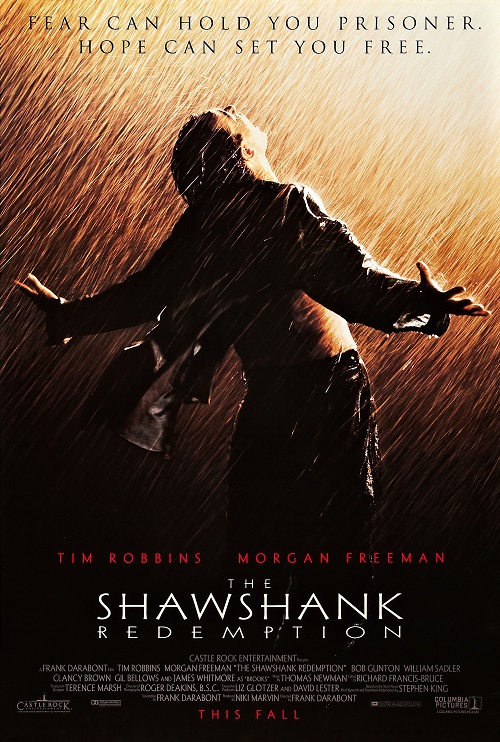 I was already familiar with Frank Darabont’s The Shawshank Redemption after having seen it a number of times broadcast on TV in my youth. This would be the first time I would be able to see the film on the big screen, however, and I looked forward to finally seeing it as it was originally intended. I moseyed on down to the In the House screening at George St cinemas and settled in for the long haul to freedom.

The MCs for the evening were Jason ‘Jabba’ Davis and David ‘Quinny’ Quinn who opened up the proceedings by talking about some of the film’s trivia. A funny little tidbit from Quinny was that the film’s original title “Rita Hayworth and the Shawshank Redemption” led to some interesting conversations by the casting director and various talent agents who put forward their clients as perfect fits for the role of Rita Hayworth in the film… at which point it became abundantly clear that the agents had not read the script or they would not have been trying to land such a two dimensional role. 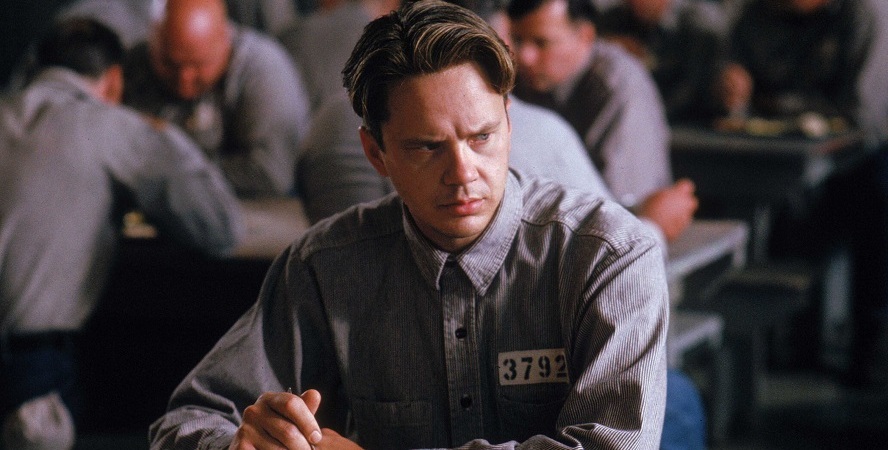 The story follows the trials and tribulations of disgraced former banker Andy Dufresne (Tim Robbins) after he’s convicted of murdering his wife and the lover she was eloping with. While in incarcerated at Shawshank State Penitentiary, he must navigate the perilous waters of prison life and befriends a prison contraband smuggler, Ellis “Red” Redding (Morgan Freeman). As time moves on, we see how Andy settles into life behind bars and how he attempts to improve his situation and the situation of those around him. Although he has a sharp mind and a strong spirit, will it be enough in the face of the overbearing and arbitrary authority of the corrupt warden who runs Shawshank? 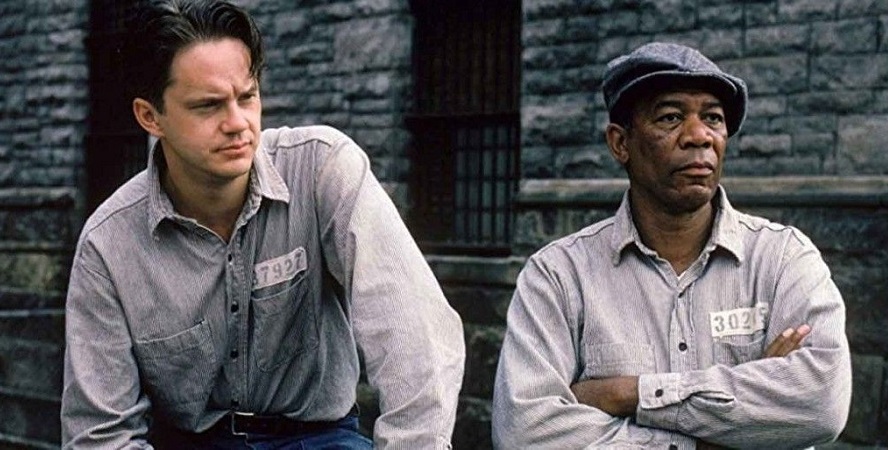 A significant strength of the films narrative is that it is able to captivate it’s audience by actually having very little change in the circumstances of it’s characters.The characters spend most of their time behind bars for most of the film’s run time and with only incremental changes in the circumstances. To that end film’s story heavily relies upon the depth relationship between Andy and Red to propel itself forward we see how their friendship grows and evolves from the initial enmity of their introduction to an intimate closeness. Because of this reliance, the film required an onscreen chemistry of Robbins and Freeman which the actors were able to deliver and then some. Robbins plays his character with a quiet intensity which is both unsettling and charming. Freeman’s Red is a far warmer and jovial foil for Robbins to play against as he often plays the worldly and pragmatic cynic to the optimist idealism of Andy.

Freeman’s narration, especially, is performed with nigh perfection and it is easy to see why it’s become such a landmark of cinema. Although much of this narration is simply a method of providing context and observation of Andy, Freeman is able to utilise the material to give us a similar sense of his own character. The gravitas, humour, contempt, and warmth he’s able to inject into his words are (what I would argue) what made him a household name and the touchstone when one thinks about effective use of film narration. 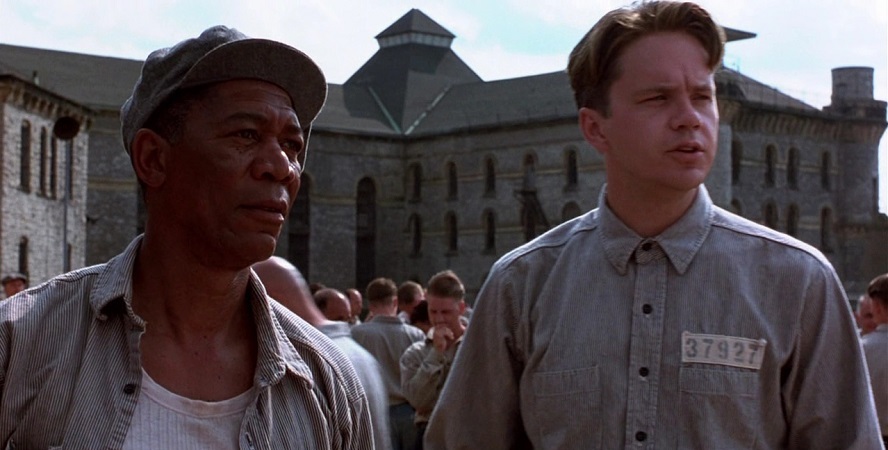 One area of consternation for me lies with the film’s arbitrary view of justice and its application. Throughout the film, we are very clearly shown how the prison system brutalises, degrades and exploits its inmates with prisoners being left at the mercy of each other and as well as the measured sadism of the guard Hadley and warden Norton. The film, of course, offers remediation for the characters by then exacting that same brutality upon the instigator of this violence. One can certainly describe it as poetic justice, but I would suggest that it perhaps does undercut the film’s criticism of contradictions of a punitive prison system if it then suggests that the solution is… well, more punitive measures exacted against offenders. It’s small quibble but honestly, there’s so little else that I can critique with this film that pointing out an intellectual contradiction is pretty much my only critique as this film carries itself so well otherwise. 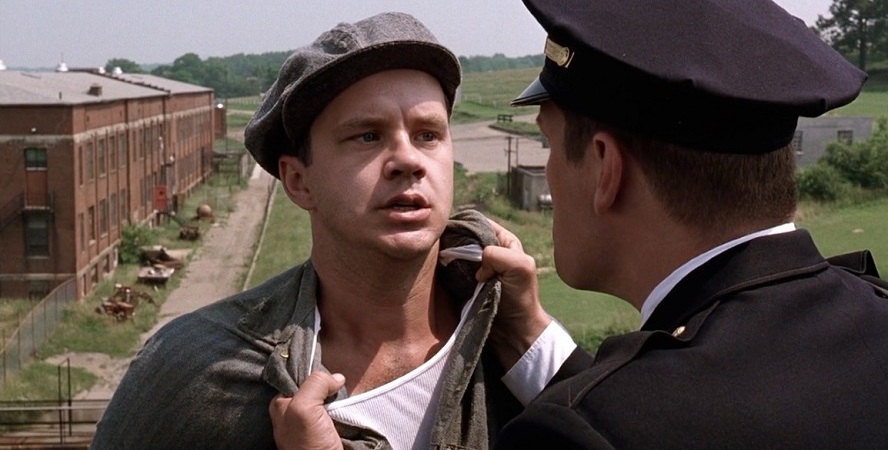 Darabont’s visual direction aims to achieve a more realistic and subtle mise en scene to facilitate audience empathy. Colours are light is muted with characters often in drab and bare surroundings and dimly lit rooms. It creates a sense of atmospheric realism and a lived-in feel for what prison life is like on a day to day level but also creates a powerful contrast for outdoor scenes which occur intermittently. It as much a visual break from the overbearing prison walls for the prisoners as it is for the audience and facilitates a degree of empathy in a very subtle way. 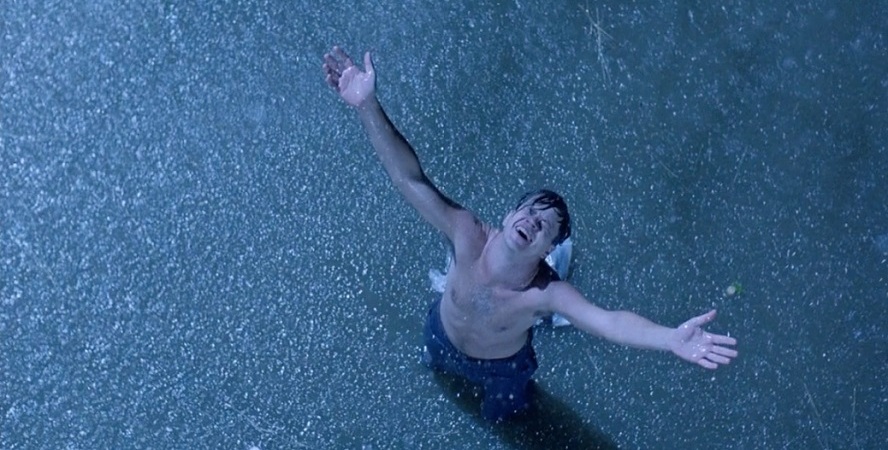 The film’s soundtrack follows a similar toned down and subtle style in punctuating the film’s narrative beats and avoiding upstaging the action with too grandiose a composition. To that end, the film’s mostly orchestral score features a lot of movements featuring only one or two instruments playing at a time which creates a much more muted and solitary soundscape in comparison to other films. There is, of course, an exception to this rule in the film’s climax where the soundtrack finally crescendos and gives us a much needed auditory catharsis to the carefully built up tension of the story.  I don’t know whether I could really say whether I’d be able to recognise the tracks outside of the film’s runtime but gorram was it effective while I was watching. 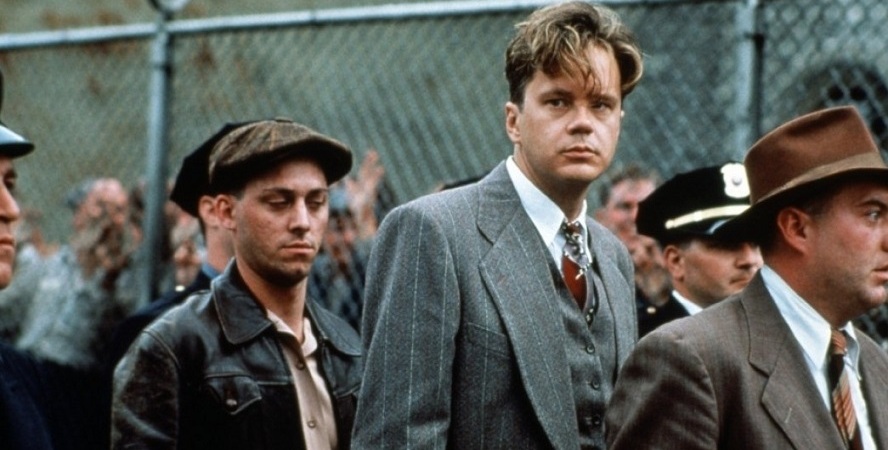 Overall, this is a damn near perfect film as far as it is possible to make one. The performances from the leads are par excellence with both Robbins and Freeman putting in a stellar effort. The film plays around with muted and subtle visual directions to give you a visual sense of the monotony of prison life. Similarly, the film’s soundtrack restrains for most of the film until we reach it’s climax where it hits the high mark needed to finally give a satisfying cathartic ending. It was an absolute pleasure to watch this old favourite up on the big screen and I heartily recommend that everyone indulge in the opportunity if it ever becomes available to them.

Kudos to the good folks at In the House for putting on such a great classic!

The Shawshank Redemption is a damn near masterpiece of cinema with great performances from its leads and subtle visual and audio direction to compose a wonderful cinematic experience.
10