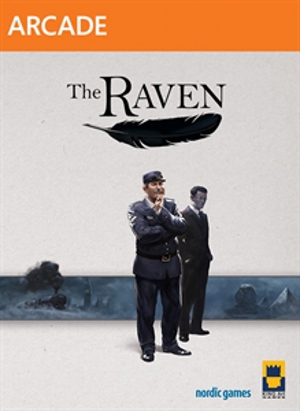 Overview
In recent years adventure games have found themselves with some stiff competition, especially in the episodic model of releasing games. The Raven – Legacy of a Master Thief is an adventure game that saw its three episodes release to computers and mobile over the course of time, but now it has found its way onto XBLA all available from the get go. While that certainly helps out those that start and want to finish off the adventure title and solve all the mysteries therein, we need to take a look at how the three episodes work and come together to see if they are a worthy experience.

Story
Opening up on the heist of a famous gem, an eye of the Spinx, The Raven is able to set an appropriate tone through its use of style and characters. It’s hard to question the title when seeing a man parading around in all black with a raven mask dropping feathers about. But, the story itself is not centered on this crime, instead using as an excellent jumping off point. The story of the game itself kicks off with a Swiss Constable named Zellner aboard a train, in a short dialogue sequence that allows players to get an appropriate amount of backstory if they wish and get an idea of who this cheery Constable reading detective novels is. 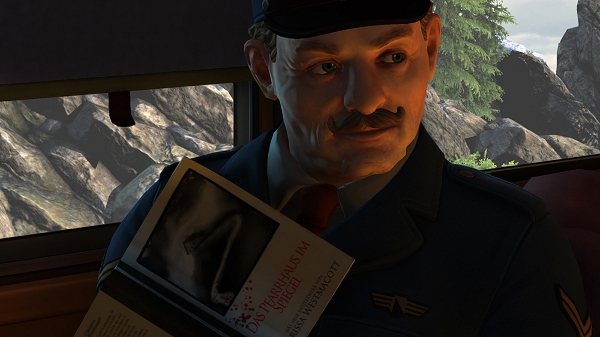 While one Eye of the Sphinx was stolen from a London Museum, the other is travelling on its way to Egypt to go on display in its home country with a decent entourage to protect it, including the famous Inspector Legrand who made a name for himself shooting and killing the original Raven years ago. The character dynamic between Zellner and Legrand is played out very well, showcasing their contrasting personal motives that adds good depth to both characters and the world in which they reside. From train, to ship, to Egyptian museum, the story folds a fairly grand adventure that gives players a little extra to do outside the main storyline, piecing together smaller mysteries helps add nice tweaks to filling out the detail in the story.

The most interesting aspect of the story however is the fact that it reaches its resolution point about halfway through the second episode. While this would certainly hamper some games, as there is not much else to tell, The Raven goes in an interesting fairly unique direction and allows the player to see the events from a different point of view, in fact the thief’s point of view. This adds a lot to the story and helps fill in every gap that Zellner is not able to deduce on his own, plus introducing this in the middle of Episode 2 allows it to hook the players for the rest of the the tale. With all of this together The Raven is able to provide a good story that adventure fans should enjoy. 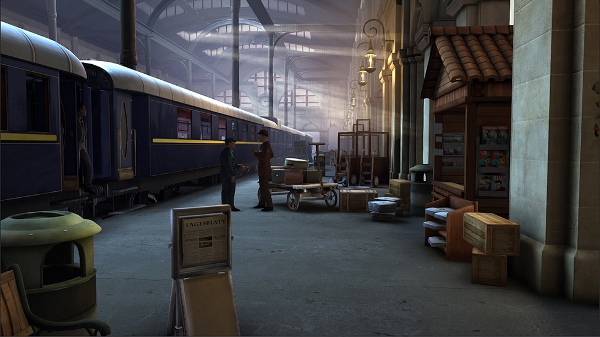 Gameplay
Playing a lot like a traditional adventure game, being ported from computer and mobile makes it a bit interesting to control the game with a controller. While other games have done this in a few different ways, The Raven picks a method that works for the most part, but doesn’t put it in a position for much praise. Zellner and later playable characters are controlled by the left stick to walk around and look at different objects, unfortunately only objects in range and eye-line of the character are usable creating somewhat of a problem when trying to re-position. On top of that the walk step is tediously slow when trying to move about, creating a somewhat haphazard experience simply getting from place to place, which coupled with loading screens from room to room makes the game experience go very slowly.

While moving and selecting objects to interact with do not work out so well with a controller, the inventory system does fare much better. The inventory can be pulled up, cycled through, and allow objects to be combined very easily. On top of that all the puzzles and objects to use are very intuitive with logical sense. When getting an object it is easy to figure out what it is and what to do with , which does a little bit to balance out how the load zones and walking speed slow down the gameplay. Though puzzles involving talking to characters spread out across several screens may fill the player with dread about how long it will take to actually get around to talking to everyone and solving the puzzle itself. 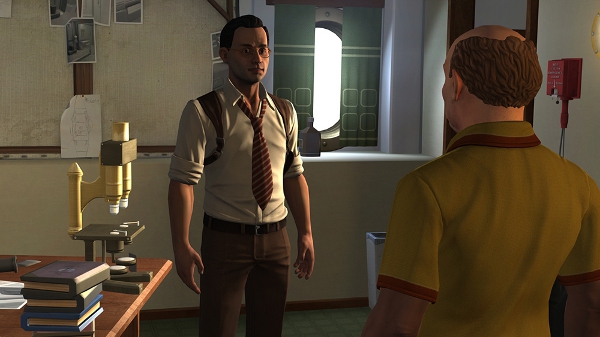 There is also a hint system should things prove somewhat difficult to have to solve on their own, however these are in the Notebook, which is never actually formally introduced. With all of these problems that the gameplay suffers it may seem like a big hurdle to get into the game, but the later episodes find less of these problems and provide a more satisfactory experience. Later locations have fewer, but larger screens to explore allowing more to do with less transitions and when playing as the thief players have the benefit of having a general idea of how they will be handling some of the solutions.

One of the biggest issues that The Raven suffers from however is instances of getting stuck. Not in the sense of what to do to progress, but literally being unable to do anything because of a glitch or bug that requires reloading the last save. These seemed to stem from the controls themselves as on one occasion Constable Zellner got stuck in the floor of the train and couldn’t walk anywhere, as well as multiple occasions of permanently selecting one object and not able to choose anything else. These were far between, but did happen across all the episodes, though reloading quickly fixed it and not much was lost in the process, so they don’t make the game unplayable just get in the way of trying to enjoy the other aspects of the game. 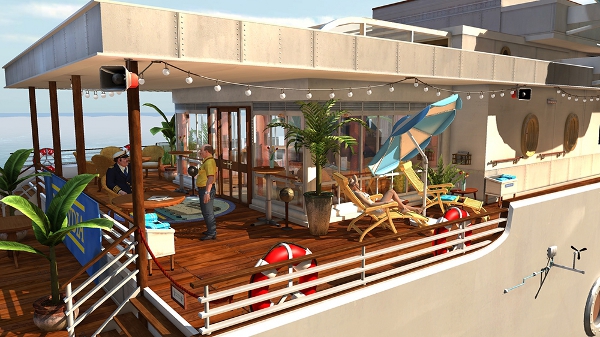 Visuals
With an nice adventure game art style and nice looking characters, The Raven paints an interesting world that fits well with the Xbox 360 power, though some of the characters can be a bit disturbing to see talk. Mrs. Miller for example has a few problems with how her mouth looks when talking, which even gets worse when she’s wearing her scarf around her face, additionally I witnessed three cases of scary jaw in the first episode. Watching a character’s jaw windmill through their face is not a pleasant thing and fairly outstanding bug especially seeing it three times, but luckily these only occurred in the first episode and was thankfully absent in the other two episodes.

There is a fair amount of detail, even for things that don’t get very close inspection, but there are a few problems here as well. One of the biggest are very dark areas, having locations that are too difficult to see are problematic when the solution requires exploring those areas and being unable to see the character at all. Add in the context based interactions that are tied to facing a certain way can lead to trouble finding the right way, until literally fumbling in the dark with the character. 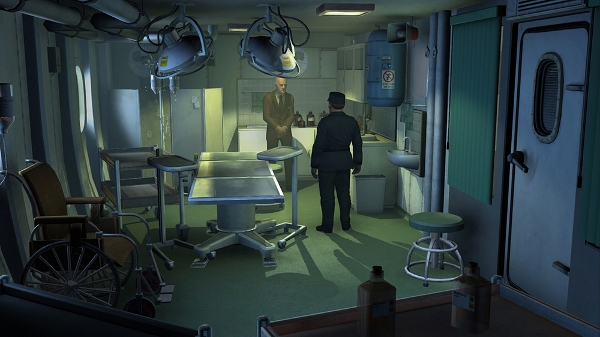 Audio
With the issues that The Raven suffers from thankfully there is one area without them, as it does have voice acting which has been very well done, especially for having been translated and dubbed over into English. Zellner, Legrand, and the other passengers all sound not only suitable, but with proper accents to give a nice addition to all cast of characters that cover a nice range of nationalities. The music as well does a fantastic job with a wide variety of songs that changes quite a bit from location to location as the trip goes from train, to ship, to museum as well as Switzerland, Mediterranean, and Egypt. The effort that is paid to the audio doesn’t quite make up for all the other issues, but it definitely does not hurt.

Overall
Unfortunately, The Raven – Legacy of a Master Thief does not have what it takes to be a great adventure game, but it definitely has what it takes to be a good one. There are issues that plague the game, especially being forced to reload saves to get unstuck, but the story is fantastic and definitely does not fall into the traps of predictability or being completely random. Fans of adventure games that are willing to face the game’s problems and get into the later episodes may find something they will enjoy in the lengthy experience The Raven has to offer.