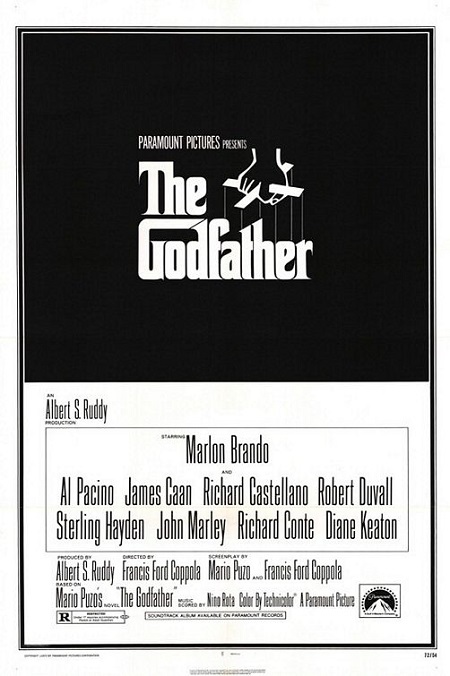 Francis Ford Coppola’s The Godfather is considered one of the cinema’s dramatic masterpieces. Helmed by a master auteur, the admittedly lacklustre original novel by Mario Puzo was turned into grand tragedy for the silver screen. It’s an epic exploring themes of family loyalty, honour amongst criminals, and the loss of innocence. You might be able to tell at this point that I’m a fan of this film and I was very much excited to see it on the bill for this season’s In the House. I grabbed a cannoli and walked on down to George St cinemas.

The MCs for this screening were Jason ‘Jabba’ Davis & David ‘Quinny’ Quinn who opened proceedings by calling for volunteers for Marlon Brando impressions. As a laugh, I volunteered to go up and somehow ended up winning… evidently my offer had been too good to refuse and now I have two tickets to go jetboating on my desk. When I returned to my seat, it was a pleasure to hear the two MCs talk trivia about the film. One tidbit I found particularly amusing was the fact that Brando refused to learn his lines for the film and read them off of giant cue cards. After this, the screening proper started. 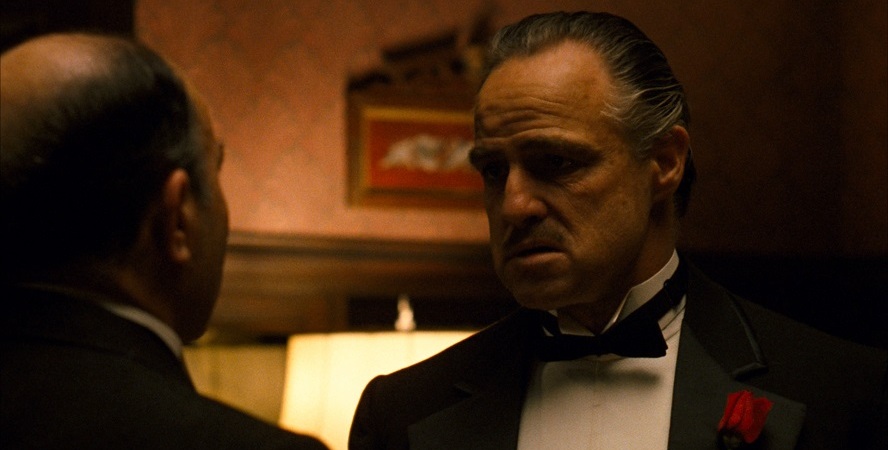 The narrative follows the machinations of the fictional Corleone crime family as they deal with the world after the conclusion of World War 2. The film introduces us first to the Patriarch of the Corleone family, Vito Corleone (Brando), listening to requests from various individuals under his influence. We quickly meet the three sons of Vito; the hot-headed Santino (James Caan), the weak-willed Alfredo (John Cazale), and the soft spoken Michael (Al Pacino). Vito makes the fateful decision to resist engaging with the drug trade due to its nature as a politically toxic business which would alienate the Corleone’s from their allies. This resistance is met with trepidation by the other crime families of New York who see it as a sign of weakness in the aging gangster. This sets in motion the primary tragedy of the film’s narrative where Michael Corleone becomes increasingly embroiled in the criminal element of his family.

The film’s script follows a strong naturalistic tone with the action largely avoiding melodramatic overplay. The characters and dialogue are all believable and restrained as we see them plot and plan their various intrigues and undertakings. Although the situations they’re depicted in are quite alien to the audience (or at least I hope they are), you’re able to empathise with certain commonalities of the characters. We can all relate to their desire to protect family and loved ones as well as empathise with the compromises we make in order to do so… although whether any of us would cross the Rubicon of murder is something I’d prefer not to ruminate upon. 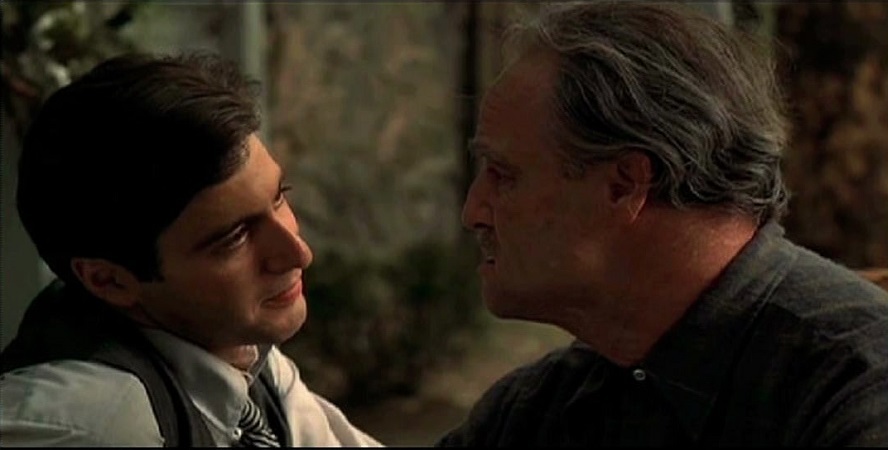 The performances throughout were routinely strong and matching the naturalistic style of the film. Brando does an excellent turn as the eponymous godfather and his nasally drawl are iconic to the film. Caan does a particularly good turn as impetuous Santino and you can almost feel his burning rage as he reacts to the various injuries his family suffers. Pacino, however, is the one who needs to fill the biggest role as Michael. We see his transformation unfold before our very eyes. We meet him as an idealistic young man at the start of the film and watch as his attempts to help and protect his family turn him into the jaded crime boss of the film’s climax. His performance is what sells Michael’s journey down the path of good intentions on the road to hell.

My one criticism for the film’s story is that the pacing, at times, can be a bit too slow for my liking. The film certainly indulges in its fair share of slow pacing and build up for dramatic tension but it can feel egregious at times. This may be a side effect of the film’s naturalistic style but I feel that some scenes and shots could have been removed in the film’s final cut without losing much at all. I general prefer for brevity in editing but the choice to pad scenes out may have certainly been a deliberate one by Coppola. It’s not something which I feel is too detrimental to the film, but I understand that audience’s looking for a more immediate filmic experience will be put off. 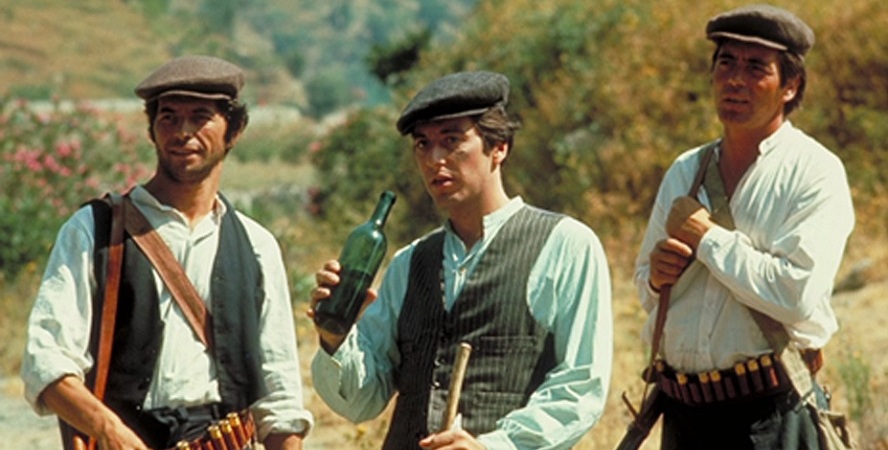 Coppola’s visual direction works to match the film’s naturalistic tone. We aren’t distracted by complex shot composition or montage, except for the film’s climactic sequence, which allows you to immerse yourself more fully in the narrative. The film does offer quite an authentic looking scope into the period of immediate post-war America with careful attention to costumes… which, since this is a gangster film, are almost all suits.

The cinematography was particularly strong whenever the film took the action outdoors. The outdoor shots are luscious in their composition with expansive sweeps across the Sicilian countryside and shots of fields on the outskirts of New York both finding a beautiful place in the film. 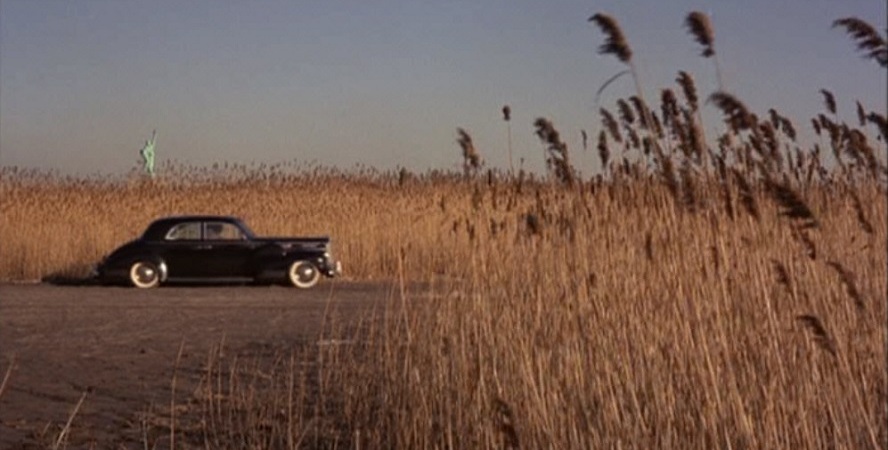 The film’s score is masterfully done. The opening theme is a prime example of how a simple melody can become iconic when scored properly in a film. I doubt anyone hears that mournful trumpet solo without immediately remembering The Godfather or any of its many parodies. The rest of the soundtrack is also quite strong with excellent work throughout to underline the film’s action. 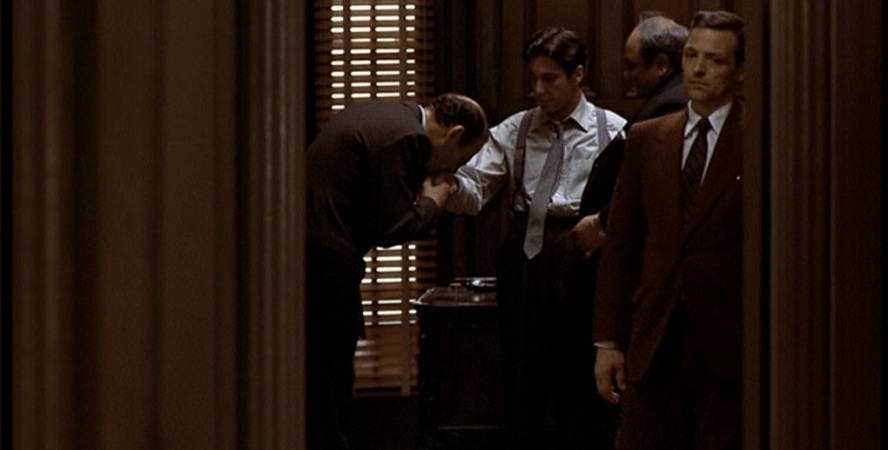 It should be no surprise at all that I very much enjoyed watching this film in a cinema. The naturalistic tragedy the film tells was well suited to the immersion of a theatre space and all the more powerful for it. The visual design is largely understated to help the audience more fully immerse themselves into the story but with some excellent cinematography for outdoor shots. The soundtrack is phenomenal with the main theme haunting your memory long after the last note plays. I have no qualm whatsoever with recommending you watch The Godfather if you have any interest at all. Kudos to In the House for screening it!

The Godfather is the classic gangster movie with a great story, visuals, and iconic soundtrack amidst its virtues.
9