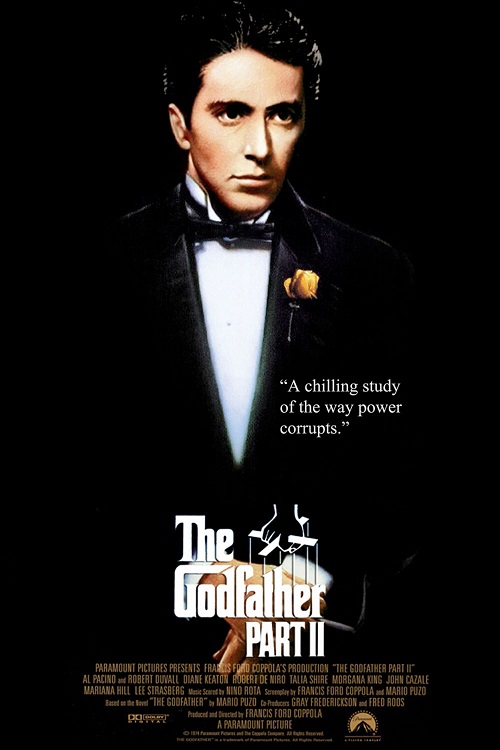 As those of you who read us would know, I very much enjoyed watching the original Godfather on the big screen as part of an In the House screening. So when the new season of In the House was announced, I was very glad to see that the excellent sequel, also directed by Francis Ford Coppola, was present in the line-up. When it comes to mafia films, The Godfather and it’s sequel are par excellence. I wolfed down some cannoli and headed on down to George St Cinemas for their screening of The Godfather Part II.

The MCs for the evening were Jason ‘Jabba’ Davis and David ‘Quinny’ Quinn who warmed the audience up with a quick gift giveaway before settling in to discuss some of the film’s trivia. An interesting tidbit from their discussion was the fact that this sequel was greenlit by the studios before production on the first film had even wrapped up. It seems quaint now in a world where a film series can get several installments approved pre-emptively but it was no small feat to earn a studio’s praise enough to warrant confidence for a sequel before being put to the public. It no doubt speaks to the quality of the film which we were about to watch. 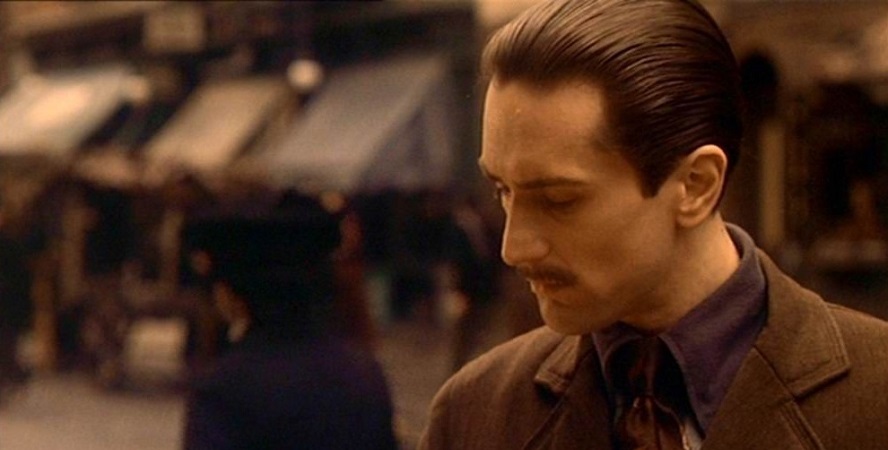 The story jumps continuously between the two points in time which effectively bookend the narrative of the first film. The story opens with a funeral procession in turn of the century Sicily with a young Vito Andolini (Oreste Baldini) mourning the passing of his father at the hands of a local mafia boss who he then escapes from by migrating to New York. We see him find his way in the burgeoning Italian American community of bustling New York city and in the process we see him grow into his role as criminal king pin.  In the present day (of the late 1950s), Michael Corleone navigates the murky waters of underworld politics as he attempts to secure a safe, prosperous, and legitimate future for his family. Michael is attempting to shepherd the transition from criminal syndicate to legitimate capitalist but unseen figures of the underworld move to threaten his hopes for a clean break. 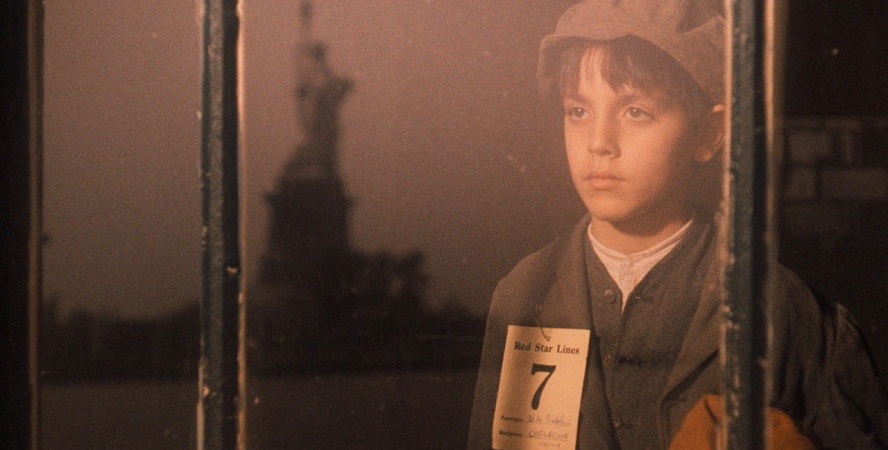 A stark contrast is made between the two patriarchs of the family, Vito and Michael, and of the trials and tribulations each faced in their turn as the eponymous godfather. Whereas Vito struggles to overcome his humble origins as a dirt-poor immigrant on the run from a vindictive crime boss, Michael struggles with the immense responsibility of the power thrust upon him by his leadership of Corleone crime family. We see in both, a tragic figure, as even Vito’s idyllic past are marred by the fact that we know what will happen to his family during the course of the events of the first film. His portrayal by De Niro is certainly worth highlighting as his performance gives the character a warmth and down to earth charm which we never quite saw in the cunning and Machiavellian Vito of the original film.

Michael, on the other hand, is far removed from the first impression we got of him in the original film. Pacino’s Michael no longer has that warmth and naivete which we saw in him as he struggles during the course of the first film with finding his way. He went from trying to distance himself from the criminal aspects of his family to being the central figure in its organisation with Pacino giving the character every bit of guile and cunning he deserves. His struggle is not the rags to riches of his father but rather the maintaining of power against the entropy of the world with plenty of intrigue and scheming. Unfortunately, his attempts to maintain this power lead to familial tragedy for him and Pacino does a similarly strong performance in showing us the unrestrained anger of the character. 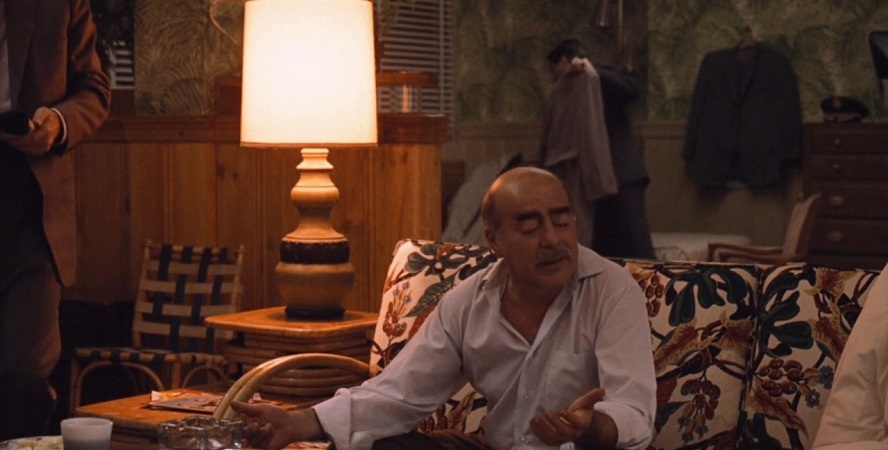 Worthy of particular praise is Michael Gazzo as Frank Pentangeli. You’d imagine that in a drama as dry as the Godfather that there wouldn’t be much room for comedy but Gazzo proves us all wrong with his affable Pentangeli. He’s a mafioso with a sense of humour and whereas everyone else restrains themselves, Pentangeli is passionate and expressive. It makes his character an interesting foil to Michael and the other mafia characters and with Gazzo’s sense of humour, we are able to identify with Frank and his histrionic ways even as he calls for the deaths of his competitors. It was a pleasure to have his moments of brevity mixed in with the more serious elements of the film’s story.

Occasionally, I must admit, the story feels like it slows down for the sake of letting their characters breath. For me, I enjoyed the naturalistic tone and dialogue but a lot of this films action is conducted through talking. I found the characters to be compelling enough to watch without too much of a fuss but for an audience member who might not be able to enjoy characters sitting down and discussing the finer points of criminal politicking. I am nitpicking here but I think it’s reasonable to say that if you weren’t a fan of the original film, you’re not gonna find much here that will endear to you either. 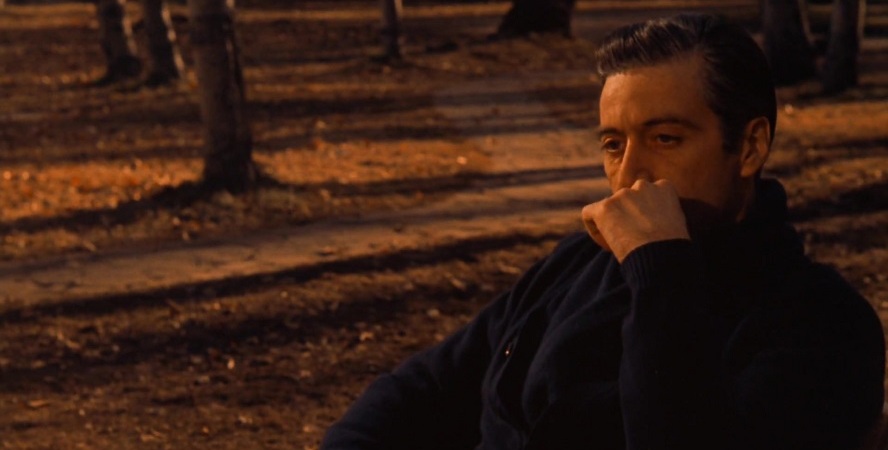 A strong aspect of the Godfather series is how understated the entire film’s aesthetic is. There isn’t too much tricky camerawork or visual effects to really comment upon. Everything is shot with a restrained use of camera angles and cuts with a preference for longer, lingering shots. It gives the film a sense of understated realism which makes the action and characters all the more believable. The one effect I did notice was the sepia tinge added to the scenes set back in the past of Vito Corleone. It gives the flashback scenes to the past a subtle reinforcement as a venture into history. 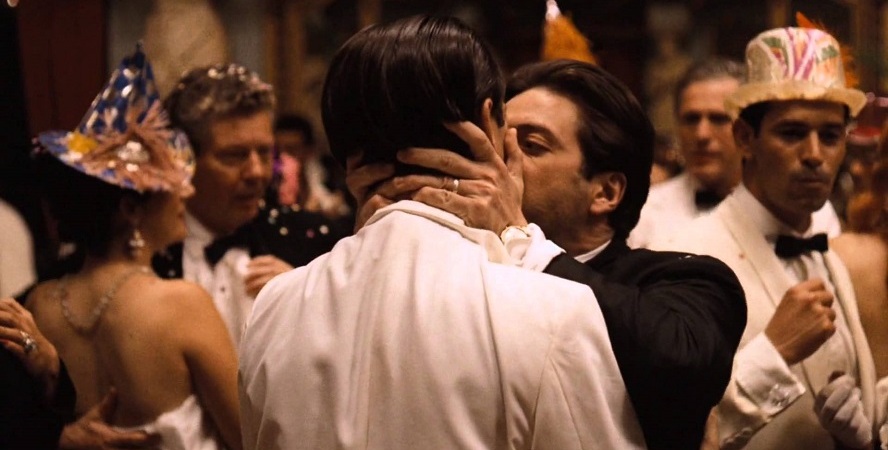 The film’s soundtrack is similarly restrained with few elements of the soundscape being present non-diegetically. The film’s soundtrack, when it does kick in, is generally quite muted and restrained with only a couple of instruments playing at any given time. It’s sparse and restrained use means it is even more effective when the music does swell to elevate the emotional impact of the action. The film only indulges us in the big, sweeping orchestral movements during the film’s subtle and restrained climaxes. In conjunction with the restrain shown throughout the film’s composition, it reinforces this strong sense of realism. 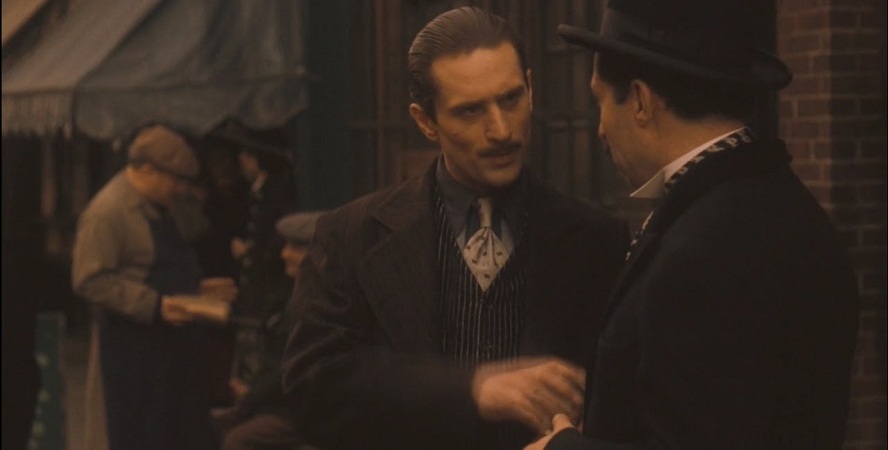 I very much enjoyed this film and can highly recommend it as both an example of a sequel done right and as a fine piece of moviemaking as well. It’s story is great a contrast between the rags to riches rise and the political intrigue of each of the eponymous godfathers. The contrasting stories serve as excellent bookends to the events of the first film and help to add more dimension the characters we already knew. The visuals and sound design are incredibly restrained to enhance the sense of realism and ground the plot. Ultimately this is a damn near perfect film and I find that it improves on the greatness on the original in every measure. Kudos to Coppola for his direction and kudos to In the House for screening this cinematic masterpiece once more! 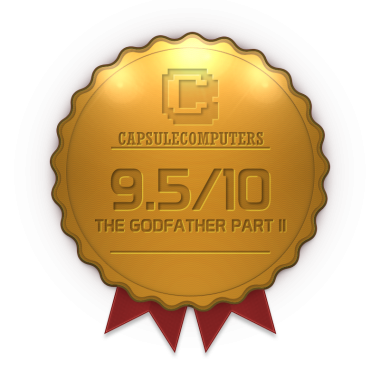 The Godfather Part II is an excellent sequel to a cinematic classic of American cinema.
9.5