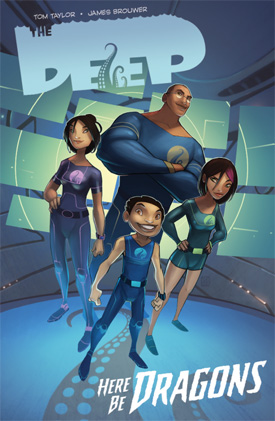 Not too long ago when people heard the phrase “Comics,” they immediately thought of Batman, Superman, Spider-Man or any of the other members of the Pantheon of heroes created by Marvel and DC. Now however, much like the video game industry, the tides are starting to turn for comic books, with indie publishers starting to steal the spotlight away from the heavy hitters. The Deep: Here Be Dragons from the talented team of Tom Taylor and James Brouwer is a clear example of why that is. Featuring a story aimed at children, but accessible for all ages and artwork that fits the tone of the book perfectly, and a cast of characters that above all else are just plain likable, revolves in a book that is a worthy addition to any comic fan’s collection. 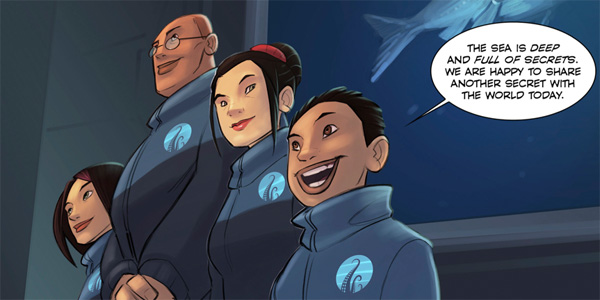 The Deep follows the exploits of the Nekton family. The Nektons are just like every other family, with one notable exception; they live on a submarine. The latest in a line of sea-faring explorers, the Nektons believe that the mysteries the ocean holds are more numerous and exciting than anything on land or space, and whenever they hear of something that piques their interest, they plug in the coordinates and set sail.

The family consists of four members:Will, the enthusiastic, history-buff patriarch of the family, Kaiko, his loving wife who has a tendency for being an absolute badass, Fontaine, the teenage daughter of the family who comes included with her typical teenage traits, and lastly Antaeus, the youngest son who is full of life, energy and the same obsession for knowledge as his father. Oh, and I can’t forget Antaeus’ pet fish; Jeffery, who alone is responsible for a lot of the book’s laughs.

The characters are all incredibly well written, with unique personalities that compliment each other, even when they are bickering like any family. The lynchpin of the whole book is definitely Antaeus, whose zest for life and youthful imagination make him the center of attention, even when he isn’t on the page. 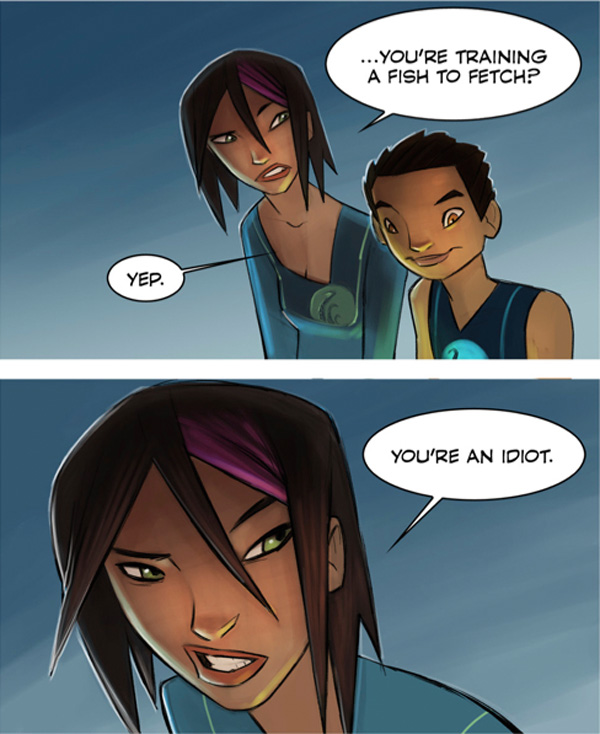 Even the book’s minor characters are well written, none the least of which is Trish, the somewhat unscrupulous journalist. It is made abundantly clear that prior to the events of the book, Trish has crossed paths with the Nektons, and not in the best of circumstances. Trish feels like she is being built up as a rival for Kaiko, who immediately announces her displeasure at seeing the overbearing reporter (followed by an incredibly cool series of panels that feel like they would be right at home in an action film).

The story revolves around the Nektons and their search for a mysterious “Dragon” that has been sighted destroying ships off the coast of Greenland. As they delve beneath the surface, they discover more about this mysterious ‘dragon’ and where it lives. The plot device used during the book’s climactic will for many older readers feel hackney and slightly cliche, but this is excusable as you can easily see why a child reading the book would be ecstatic. If there is one real flaw with the story (and the book as a whole) it is that the conclusion feels a little too coincidental and easy. 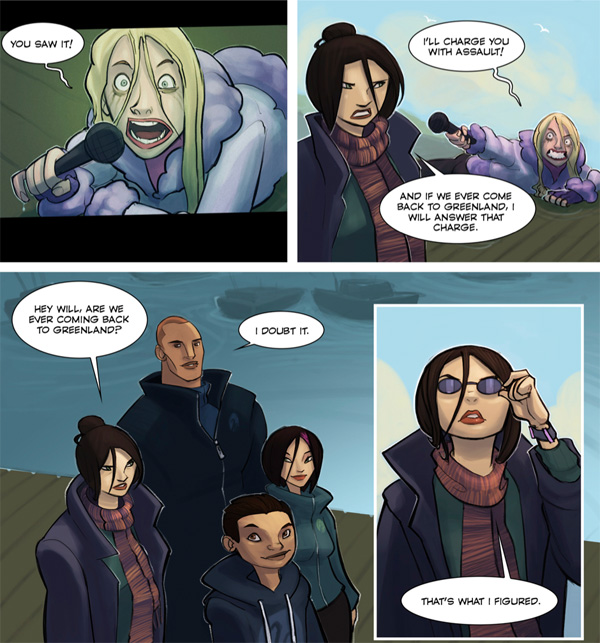 Artist James Brouwer’s unique style feels like it was absolutely destined to be part of a book like this. Featuring a design style that is deceptively detailed. Characters are all simply drawn and coloured, with enough detail to make the characters and settings leap off the page, while not going overboard and distracting the reader. The characters all have exhaggerated features that are simply hilarious to look at, and kids of all ages will laugh themselves silly over Jeffery the Fish and his deadpan expressions (you know… cause he’s a fish). 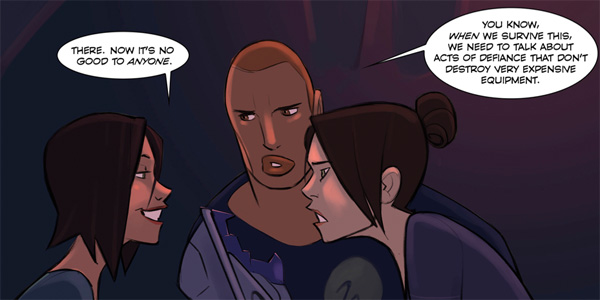 The Deep is one of those comic books that isn’t dialogue-heavy, and instead relies a lot on the visuals to move the story along. This makes it great for kids as there are no massive chunks of wrtiting to bog them down, and allows the story to flow and keep its pace. Since the visuals are what pushes the story along it is great to see them being so clean and nice to look at. More than anything, the visuals look like they belong in a Saturday morning cartoon. It isn’t hard to imagine that the Nekton family will fit in perfectly alongside Spongebob, Ben 10 and other kids favourite animated series.

There is only a small problem I had with the visuals, and that is during the book’s climactic moment, it is a little difficult to discern what has actually happened. This is largely in part due to the artistic choice of not properly showing the “Dragon.” It is a minor problem and your brain allows you to (for the most part) fill in what happened, but none the less I found myself looking at a few pages for far longer than I should have, trying to figure out exactly what it was that transpired. 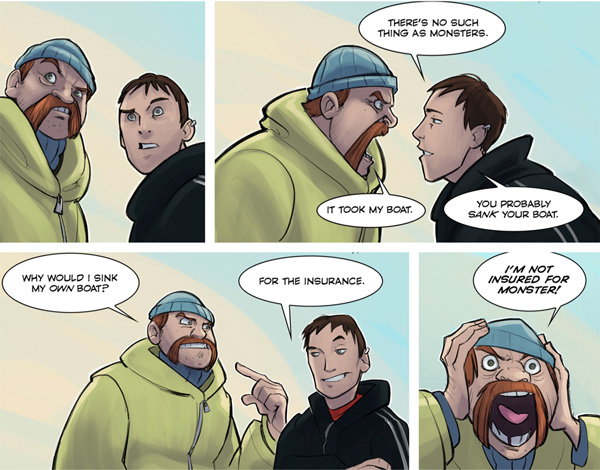 The Deep: Here Be Dragons is an example of why the tides are turning for the comic book industry, and why indie developers are beginning to steal the spotlight from the big companies like Marvel and DC. With a great story, fantastic characters, and an art style that leaps off the page and comes to light, it is no wonder why this book is being picked up for an animated series next year. It is a worthy read for anyone who enjoys comic book, or simply a good story, and I can’t wait for there to be more.