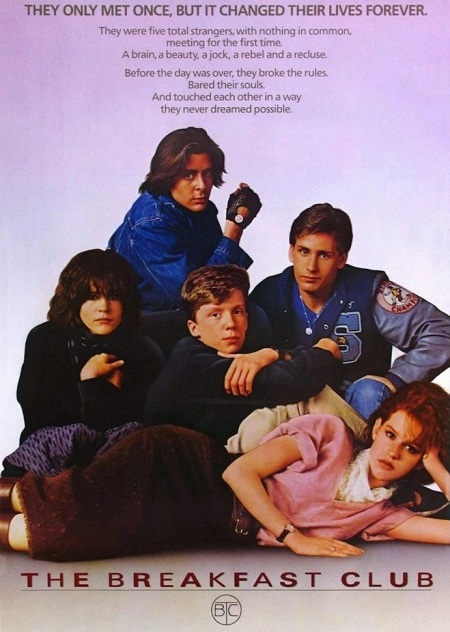 The teen coming-of-age films are a particularly popular sub-genre of 80s cinema with the works of John Hughes being particularly strong examples. Everyone is familiar with the stereotypical depictions of high school cliques of jocks, nerds, and the various other denizens of the American high school food chain. The drama is generally quite restrained as it deals with the personal issues of adolescents… but with the addition of puberty hormones; all the stakes get raised much higher for our (often misunderstood) protagonists. It’s not a genre which particularly appeals to me, but I’m always willing to give second chances so I slunk on down to George St cinemas for the In the House screening of John Hughes’ The Breakfast Club.

The MCs, Jason ‘Jabba’ Davis and David ‘Quinny’ Quinn, warmed up the crowd in the proper In the House style… that’s right; a super tense game of scissors, paper, rock with the winner walking away with a jetboating prize. Jabba and Quinny then sat down to talk some discussion of the movie we were about to watch. One notable tidbit was that the film was shot in sequence, which is unusual for most productions but I believe may have helped with the younger cast’s performances. 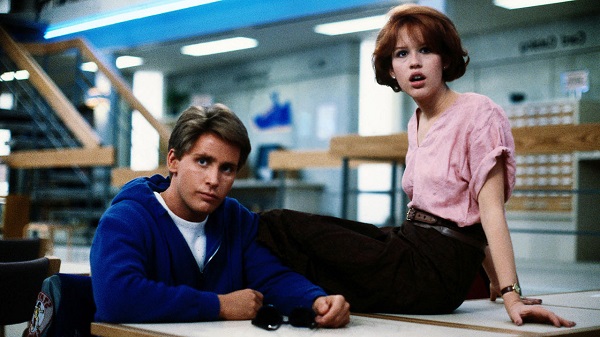 The film’s plot focuses upon the interactions between five highschool students completing detention on a Saturday. We’re first introduced to each of them by how they interact with their parents (who range from doting on to ignoring their young charges) and by how the supervising teacher classifies them. Each of them resembles a stereotype including your stock standard jock, nerd, and rebel type. Through the machinations of the rebellious John Bender (Judd Nelson), the group are able to distract the authoritarian assistant principal (Paul Gleason) and gain some privacy with which to connect with one another. At first their attitudes towards one another are incredibly antagonistic but they slowly realise that despite their social differences, they have more in common with one another than they had originally believed.

The script is pretty damn good overall and you can see how it connects with so many people with the issues that it touches. This film sets up that these teens come from their own cliques within the high school and that they themselves don’t see much commonality between their experiences of life. As the story progresses, they open up to each other and discuss the mutual difficulties they have in fitting in, dealing with their parents, and the expectations of both friends and family. It’s easy to see why this film is appealing as it teaches that people are more than the perceptions we have of them. 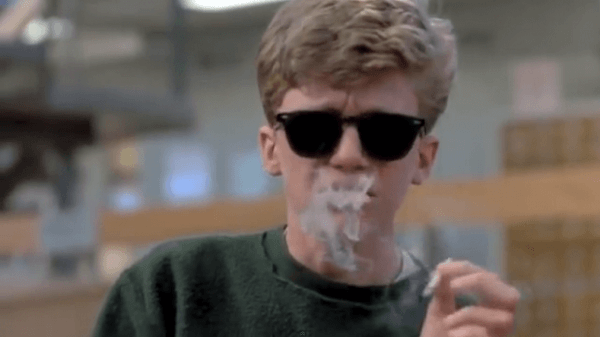 Each of the actors playing the teens put out a strong performance. I especially found Ally Sheedy as Allison (the weirdo) to be particularly strong. She plays this character with a significant amount of neurotic twitches and sounds but also adds a certain charm to her as well which I quite liked. Emilio Estevez does a similarly good turn as Andrew (the jock) who plays their character with a lot more introspective depth than I thought I would see. Molly Ringwald as Claire (the prom queen) gave a solid performance but I feel she could have given more if the script had called for it.

Nelson conveys a very energetic performance as Bender (the rebel). The character is someone who presents a rough and tumble projection to the world but who is ultimately still a teenager trying to find their way in the world even as he beats his chest. Although the story does give Bender some moments of redemption throughout the film, I could not look past his tough exterior as I didn’t really find there to be much that was charming with Nelson’s portrayal of the character. I will grant that Nelson gives the character the bile and aggression he needed to play a (dis)respectable bad boy… 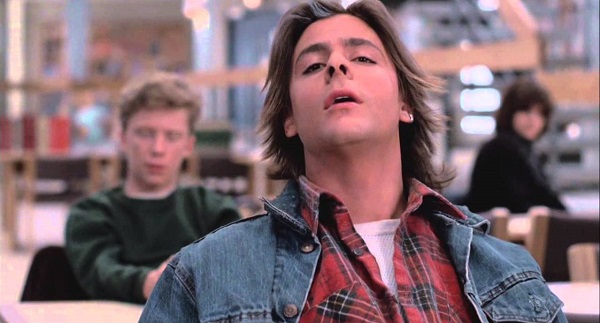 As I’ve said before, this movie was made in the 80s and it shows in the dialogue and the way the writer approaches a number of serious issues. One of these instances is when one of the characters reveals that they had received detention for bringing a gun to school. In the film’s context, that’s still a fairly shocking reveal but in today’s world of school mass shootings post-Columbine; it takes on a much more sinister tone than I feel was originally intended. Another instance which is problematic occurs in the first half hour of the film where John makes a rape joke towards Claire. This certainly made the point of characterising John as a bit of a douchebag and actually kind of ruined any charm he might have otherwise had for me. These aspects are a product of their time, and if you’re someone who can look past it then power to you… but I feel that you should be made aware all the same that these present. 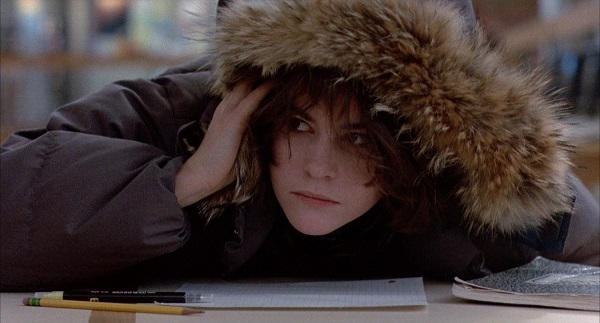 The direction within the film is largely uninteresting in terms of its visual style and editing (which is certainly not a bad thing). Except for a number of sequences where the action is faster and the camerawork takes a similar pace, most of the shots are largely static. This largely brings the focus to the script and the performances of the actors, which is where the strength of this movie lies. An interesting aspect I noticed in the movie is the focus on close up and mid-shots in the first act and more group shots as the film progresses to signify the characters getting closer to each other. It’s a neat little visual representation of the story progression in the film.

The costumes are all perfectly suited to reflecting the characters of each of the teen characters. Andrew’s letterman jacket, Claire’s blouse and skirt, Brian high-waisted pants, Allison’s dark long sweater and jacket all help to reinforce the overall image we’re meant to have of each of these characters (at first). Bender is pretty much the epitome of delinquent cool with trenchcoat, fingerless fishnet gloves, and boots. A character’s costume is generally meant to be an extension of their persona, and this film turns this up to eleven with how each character looks. 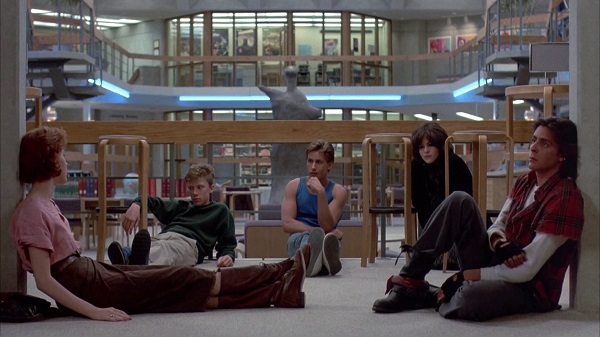 Most of the music follows the film’s action in a solid way but doesn’t leave much of an impression. The film’s soundtrack is largely forgettable save for Don’t You (Forget About Me) by Simple Minds. Don’t You (Forget About Me) is the high mark which sticks with you long after the credits have rolled. As well as being an awesome example of soft/symphonic rock, it matches the tone and theme of the film so well that I was surprised it wasn’t written for the film (trust me, I checked). 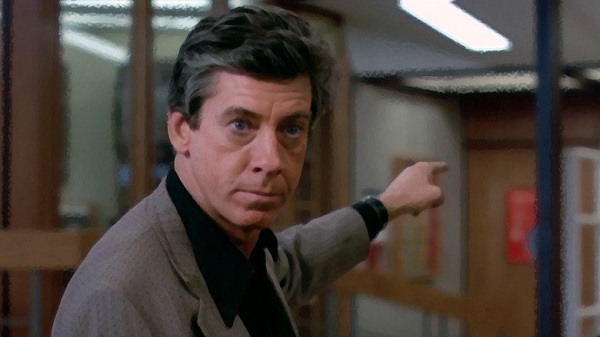 Overall, despite my misgivings with the coming-of-age genre, I enjoyed watching this film. The story, although problematic in parts, ultimately aims for and (largely) succeeds in showing its audience that you shouldn’t judge a book by its cover. The costume design for each of the teen characters is great and the direction is solid. The soundtrack is forgettable but is carried by one REALLY good addition. It’s easy to see now how this movie gained its cult status and I would definitely recommend seeing it (with some caveats) to anyone who might be interested.