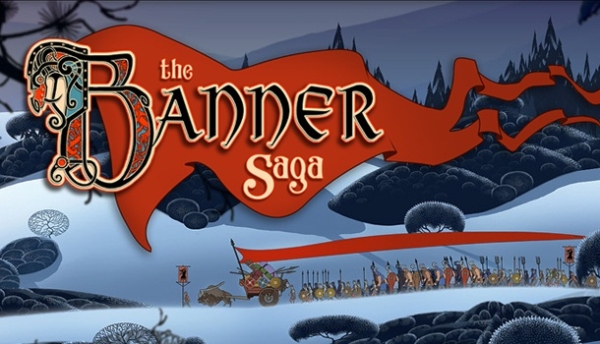 Overview
Every now and then, a strategy game finds a home deep in the minds of a core audience. The team at Stoic have been driving themselves to create something fans of strategy and tactical RPGs everywhere will enjoy. Does their viking-inspired title, The Banner Saga, reach their core audience or should it be left in the sunless frozen north? 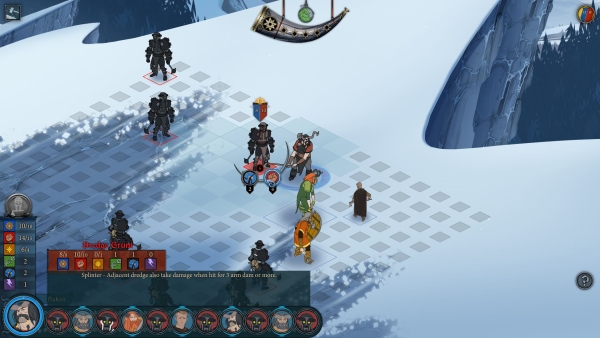 Story
The world has turned into a bleak place. The gods have died, leaving a dead sun to hang motionless in the sky. Humans and horned giants known as varl forge alliances to keep the two races in good standing. Now, the soulless dredge, similar to Game of Thrones‘ white walkers, wander the Norse countryside, attacking villages, destroying and slaughtering everything in their path. You must lead a caravan across the frozen wastes, fending off attackers and making tough, meaningful choices to save as many as you can. 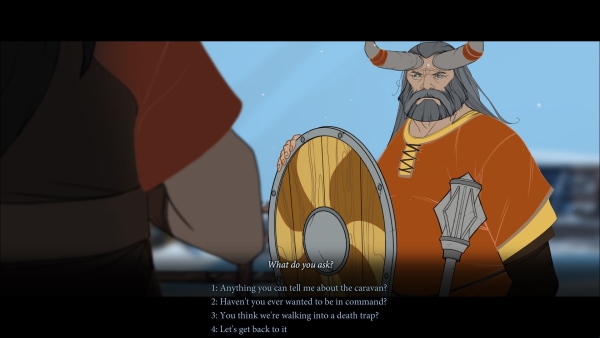 Gameplay
If all you had seen of The Banner Saga so far were screenshots, it would be easy to think it were nothing more than a tactical RPG akin to Final Fantasy Tactics or XCOM: Enemy Unknown. While combat does feel similar to those fan favorites, everything outside of combat can be just as challenging or consequential.

One of the first and most surprising aspects of the gameplay is the story. The story is an important aspect of any game, especially when strategy is so often driven by it, but The Banner Saga pushes it even further. As you work through the wonderfully written story, things will happen that require your input. 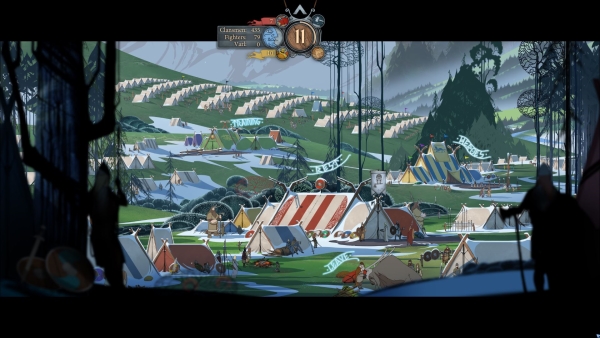 Tough choices must be made and there are no easy ways out. In fact, trying to take the path of least resistance can sometimes result in the deaths of members from your caravan or main characters you’ve invested time and effort into. Each decision can drastically affect your story or your status, placing an intense significance to everything you do.

Beyond simple storytelling, the game features a sincere caravan traveling mechanic that lends an air of familiarity for long-time fans of the Oregon Trail games. As you travel from one location to another, you’ll have to manage the various troops you have, your supplies, the morale of the caravan, and more. You’ll have events pop up along the way that force you to make more difficult choices. Should we bypass a town that could contain supplies in order to avoid the dredge? The choices are yours, but they’re every bit as weighty as your combat decision. 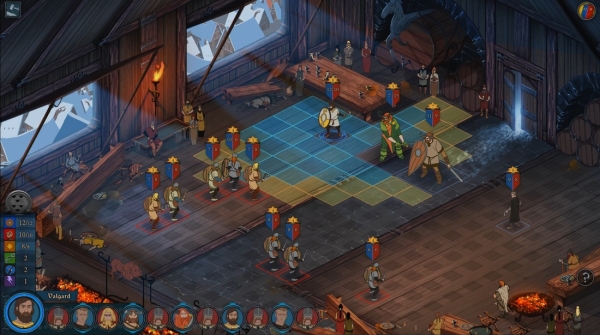 Combat in The Banner Saga is every bit as intense and fun as it looks on the outside. After arranging forces in formation, you’ll fight until the last man is downed, alternating turns between friend and foe regardless of numbers. A wide range of classes ensures a satisfying breadth to the abilities you have at your disposal. It’s both fun and satisfying to see how each unit is able to contribute toward victory.

In combat, units have two primary statistics to be concerned with. Shields determine the amount of damage you can defend against, while strength represents both your health and the damage you can do. Each battle requires a delicate balance between whittling away your foes shields and striking their strength for the killing blow. It creates fantastic dichotomy that presses you to consider your options instead of blindly striking for damage every turn. 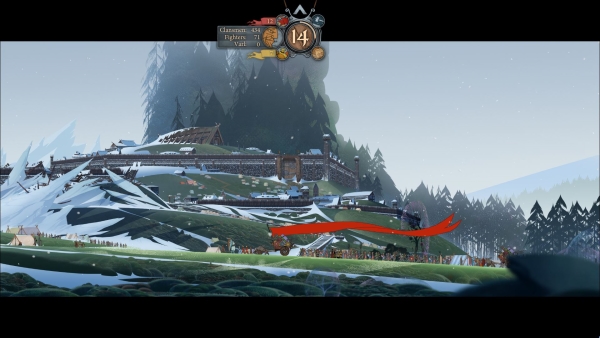 The Banner Saga‘s enemies will provide you with no safe quarter. They’re tactically sharp and utterly relentless, pressing you in every encounter. It’s relatively common to see an ally crumple beneath the relentless assault pressing in on every side. Unlike XCOM, however, when an ally falls in combat, it isn’t permanent. They’ll sustain injuries that may take a few days rest to recover from, suffering to their stats until completely mended.

Much like other tactical RPGs, each unit in The Banner Saga has their own progression. Units can be upgraded when they get enough kills in combat, allowing you to increase their strength, shields, and more. They can also be equipped with items you gather along the way to grant them a wide array of bonuses. Seeing a soldier you’ve worked with rack up their kill count and continue to grow stronger grants a great sense of investment for the way you’ve commanded them. 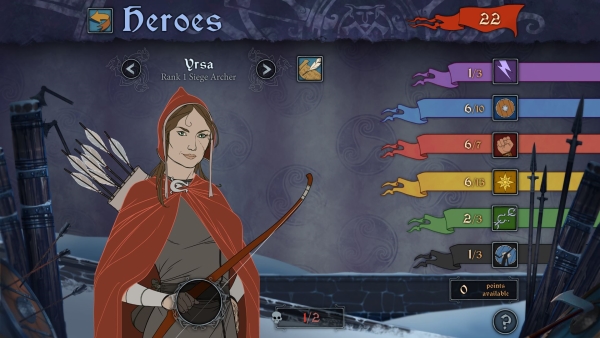 Visuals
It’s rare that games have the unique sense of visual aesthetic The Banner Saga does. Every image in the game is hand-painted. The art direction and stylization feel like a wonderfully realized mashup of Norse culture and classic Disney animated features like Sleeping Beauty or The Sword in the Stone. Everything from character portraits to landscapes to combat animations gleam with a polish only artisans of their craft can achieve. Every tiny detail glimmers.

Audio
Sound design in The Banner Saga is also top-notch. Award winning composer Austin Wintory is out in full force as his tracks drive the game’s action and story forward, conveying a wonderful sense of scope and emotion for the epic Norse story. Strings, drums, and chants help set the pace and give you a great sense of place.

Unfortunately, voice over work in the game is rare and feels somewhat out of place. The storytelling and characterization don’t feel quite as well served by the voice work as other games in recent times have, making scenes that utilize it feel a little jarring.

Overall
Overall, The Banner Saga is a top-notch tactical RPG that any fan of the genre would be ill-served to pass by. An excellent story is accented by wonderful writing. The game looks comparable to some of Disney’s most beloved works, allowing Stoic to flex its visual design muscles, and an engrossing soundtrack from Austin Wintory further drives an excellent experience. Combat and character progression are thoughtful and satisfying, as are the Oregon Trail-like caravan sections of the game. Though it’s still early in the year, I feel confident in saying The Banner Saga by may well be one of 2014’s top tactical experiences. The decision to pass it by should not be taken lightly.