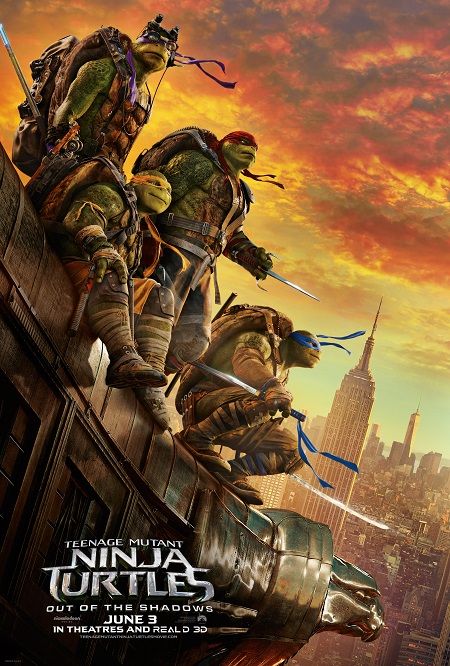 The Teenage Mutant Ninja Turtles have been a staple of the childhood of many childhoods with both the cartoon and the live action films being loved by many. The 2014 live action adaption, Teenage Mutant Ninja Turtles, met with a significant negative response critically alongside a mixed response from fans. I myself did not enjoy the original film, but I agreed to give the sequel a chance to win me over and transcend my opinion of its predecessor. I walked into the cinema with an open mind and with the hope I’d have a “shell” of a time. 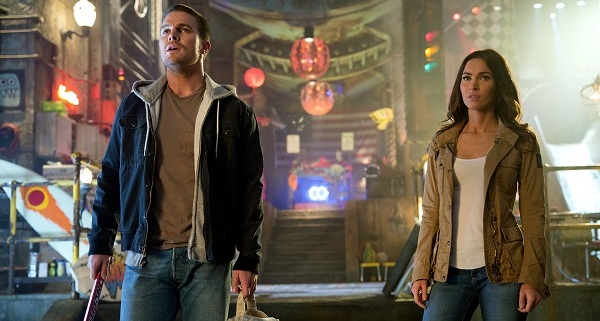 The film follows the eponymous ninja turtles; the strategic Leonard (Pete Ploszek), the bellicose Raphael (Alan Ritchson), the nerdy Donatello (Jeremy Howard), and the silly Michelangelo (Noel Fisher) as they work with reporter April O’Neil (Megan Fox) to protect New York City from Shredder (Brian Tee). Continuing on from the previous movie, Shredder is incarcerated and Vern Fenwick (Will Arnett) takes credit for his capture as part of a deal with the turtles so they could remain anonymous. After failing to stop Shredder from escaping, the Turtles need to come together as a new enemy begins to make himself known.

The first thing I noticed about this new film is that the writing is significantly improved from the previous film. There’s still a lot of blatant exposition here and there with characters explaining key plot points. At best, this dialogue is just heavy-handed but there are points where you ask how the heck a character knows a particular detail that I don’t feel they should have. So although things have certainly gotten better this time around, I would by no means call the script ‘good’. 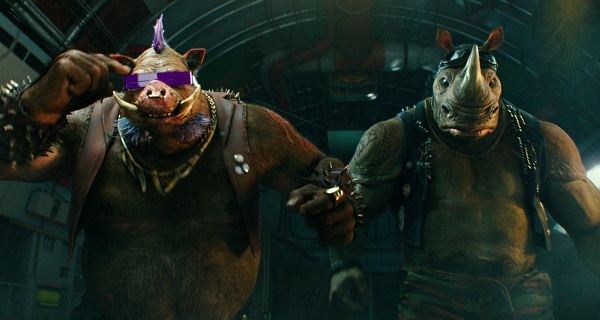 That being said, there are certainly some actually funny lines interspersed throughout the script. Michelangelo in particular actually has some jokes with punchlines that work and got a laugh out of me. The new henchmen, Bebop (Gary Anthony Williams) and Rocksteady (Stephen ‘Sheamus’ Farrelly), also had some funny moments when they were human. Unfortunately, they lose a lot of their flamboyant charm when they become mutated into animal hybrids by Shredder. I believe this might be because they aren’t as good at voice acting as they are at the regular kind, but unfortunately a lot of their jokes fall flat to me as soon as they became CGI.

Further more; the Shredder and new entry, Casey Jones (Stephen Amell), come across as decidedly 2D in what is ostensibly marketed as a 3D feature. I understand that this movie franchise is based off a cartoon and that Shredder was never quite given a significant amount of depth but at least he had some sense of menace. Unfortunately, the way he is presented in this film has acting in a way that is so utterly devoid of any intelligence that you don’t feel that he is a credible villain… which isn’t helped by the way he’s ultimately defeated in the movie either. Casey Jones largely follows the same plot beats that April did in the first film without really adding in anything new as the mystery of the turtles was already solved last film and we, as the audience, do not need a rehash. He’s meant to be a love interest to April, but we never actually see them connect in any meaningful way during the film. 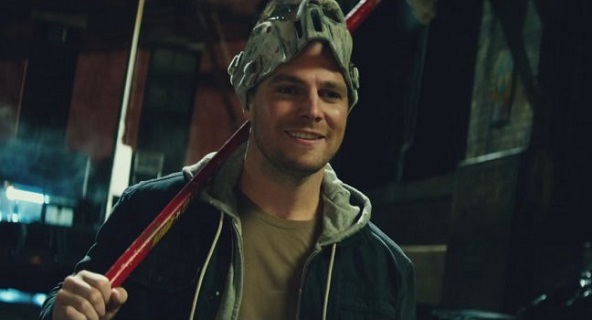 Overall, most of the performances were incredibly wooden across the cast. Almost no-one played a believable character as they spent their screen time largely moving the plot along. I do not blame the actors for this, however, as I feel that the writing was largely to blame for these empty personas that they did their best to try and inhabit. That being said, there was some actual character development for two of the turtles which the film would have done well to explore more. There is a sub-plot with Raphael and Michelangelo which could have been so much more interesting if the film had given it more weight, but instead we get a largely unsatisfying main plot.

The direction and visuals of some of the action scenes are absolutely amazing for some sequences such as when the turtles make a plane transfer mid-flight or when they’re floating down the rapids of a river. For me, they stand head and shoulders above anything from the first movie as Green’s direction makes for much cleaner montage work. The camerawork in these sequences is steady and gives you a good sense of space so understand where everyone is during a fight. The movement of the camera is also smooth and avoids the jerky handheld effect of Jonathan Libesman’s original, which I was thankful for. Most of all, they’re actually fun and exciting to watch, which makes it one of the few things I definitely enjoyed in this film.

A big drawback for the original film, for me, was the animation and design of the turtles themselves which landed them right in the middle of the uncanny valley. The combination of human and non-human features for the turtles, especially the prominence of their human teeth, made them look super creepy. In this film, I didn’t get as much of an uncanny valley revulsion to the turtles as I believe they’ve changed enough of their design to avoid that same reaction. I’m not exactly sure whether it’s because they’ve added more imperfections to them or played down some of their more human features (like the teeth!) but it’s a significant improvement over the original film. 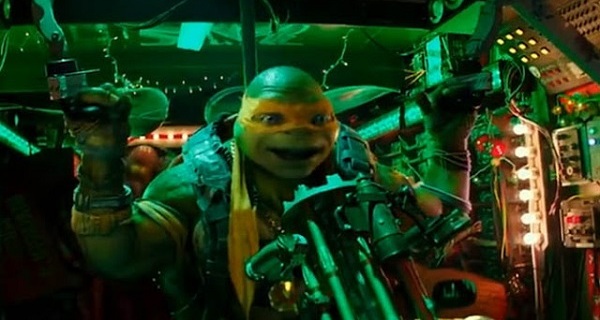 The film’s soundtrack was quite solid throughout with a good combination of both orchestral and more pop tracks. The soundtrack largely works to support the emotional points of each scene but largely doesn’t stand out too often. There are times when a song is used quite cleverly such as when Edwin Starr’s War is used to introduce Bebop and Rocksteady driving through the jungle in a tank. The film also makes use of interesting non-diegetic sound in certain sequences. During one scene, Michelangelo introduces all of the turtles in the manner of a game show host to great comical effect with the soundscape imitating the sounds from a tv gameshow. 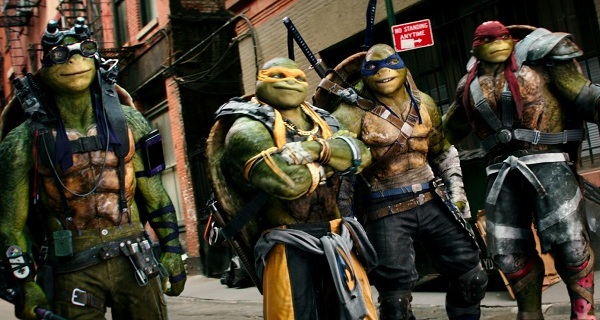 Unfortunately, I was very much unimpressed with the overall experience of this film. The writing is better than the first movie, but it still lacks a lot of substance which harms the rest of the film significantly. The visuals during the action sequences are actually quite awesome and I quite enjoyed them, even though they were few and far between. The film’s score and soundscape are largely solid but don’t leave too much of an impression beyond a couple of specific moments here and there. Although there are moments which stand out from the mediocrity, this film is largely held back by its sub-par writing. If you’re a fan of the original movie then go see this one, otherwise this film isn’t gonna turn you into a TMNT fan…