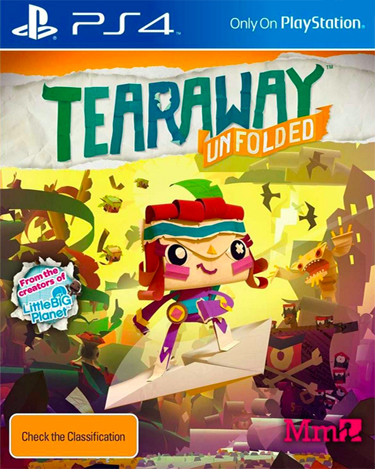 Media Molecule is one of those companies that seems to just churn out great games like its nobodies business. Most well renowned for the Little Big Planet franchise, they have shown that they are more than a one trick pony when they created the incredible Tearaway for the PS Vita. Well the gang are back again with Tearaway Unfolded – a sort of enhanced port of the original game for the PlayStation 4. With High def visuals, new gameplay elements and new hardware to take advantage of, is Tearaway Unfolded one of those ports that colours inside the lines, or does it rip the pages apart and fold them into something amazing? 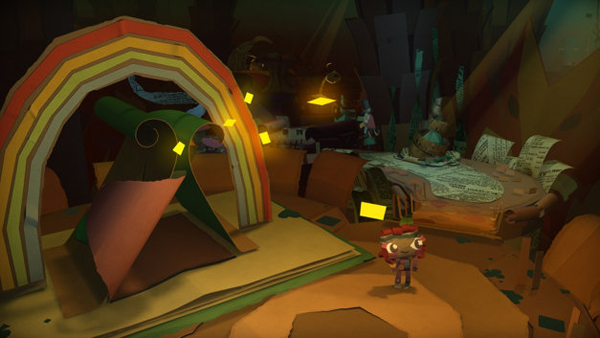 Much like the original game, the protagonist Iota or Atoi (depending on who you pick) needs to deliver an important message to the deity in the sun. Now, the messenger trope has been used a lot in video games but Tearaway does something that to step outside of the norm; the deity in the sun is You, as in the player character yourself.

One of the game’s most unique storytelling features is to have the player be a part of the story. NPCs and the chosen protagonist will be aware of you, and even reference you directly. Outside of cheesy wall-breaking comedy games, I can’t really think of a game that directly references the player as an active part of the game world. 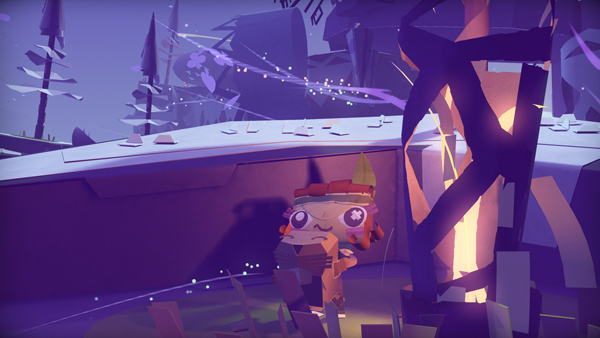 Those who played the original Tearaway on the PS Vita will feel right at home with this new iteration of the game. Tearaway Unfolded is at its core a platformer with some puzzle solving elements thrown in. Now I have been a platformer player since I was a child and ai am happy to admit that Tearaway sits up there in terms of fun and playability, but it does have two glaring weaknesses that I feel really holds it back.

The first of these issues is that the game handles incredibly floaty. Jumps are slow and linger in the air, and your character feels weightless. This might very well be a design choice considering the papercraft setting, but I still feel that it results in gameplay that just doesn’t lack the tightness in controls that I like from my platformers.

The other aspect of the game that really holds it back for me is the combat. Tearaway Unfolded is filled with flat, uniniteresting and unfun combat scenarios against waves of enemies. The original game had a few of these but the amount has been amped up to an incredible amount here. The middle especially feels chock-full of these encounters and it really drags down the game as a whole. I for one can’t help but wonder if the extra combat challenges weren’t added by the developers as a way for them to lengthen the time it takes to compelte the game. Eitherway, if Tearaway Unfolded features less combat scenarios it would be a much, much better game. 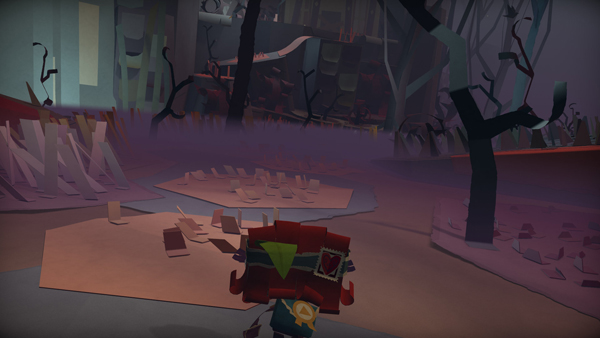 One thing that really stuck out to me about Tearaway Unfolded was how completely it utilised the Playstation 4 hardware. Media Molecule went above and beyond to ensure that even the most irrelevant of functions serves a purpose here. The touch pad is used to create gusts of wind, hit drum skins, and to even draw objects which you can then place into the world (more on this in a little bit). Even the controller’s light bar is shone at the television screen to light up dark rooms. Seeing this level of hardware integration into a game is something that is usually reserved for Nintendo-produced titles and I was really impressed to see the Media Molecule’s understanding of their platform expressed to thoroughly.

There are numerous sections in the game where the player will be challenged to draw something on their controller’s touch-pad in order to have that item placed into the world. However as you could imagine, the touch pad is a little small for drawing pictures and I know that I personally got frustrated a few times when my finger accidentally went off the pad a little early and the game thought that I was finished my creation. Thankfully, the hardware utilisation stretches even beyond the PS4 itself, as the PlayStation app can be used to give you an even larger canvas to work on. Having my iPad on my lap while I play video games is not something I typically enjoy, but here it just seems to natural and well-serving. 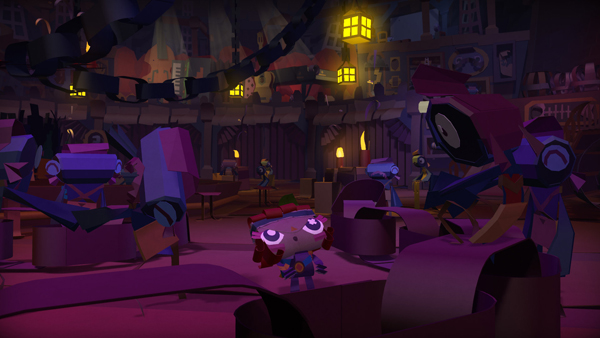 Visuals & Audio
As you can probably guess from the game’s title, Tearaway Unfolded looks like it has been made by a kindergarten class who are playing with arts and crafts, and I say that with a huge smile on my face. Each aspect of the game looks like it has been cut and folded from pieces of paper. The papercraft world of Tearaway was one of the most striking visual styles of the PS Vita and now thanks to the PS4 it has been taken to a whole other level. 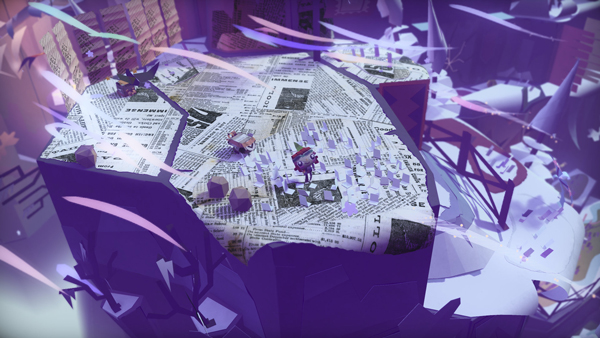 Before playing Tearaway Unfolded I had never really given the Tearaway franchise a chance, so after I was done with the game I went and tracked down a copy of the original game for PS Vita. In a day and age where very second game fells like it is a re-release or a port of a game from another platform, I was curious as to how much was really different between the two. Well I can say with a fair degree of certainty that if this is what remakes are going to be from now on then I am all aboard! While a lot of the game has remained relatively unchanged, there is just so much that is new in the Unfolded edition of the game. Tearaway Unfolded definitely feels like a sequel to the original rather than a re-release, and while it doesn’t always manage to hit the right notes, this is by no means a game to be scrunched up and thrown away.