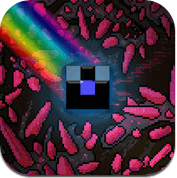 Little Caves has had quite a run, there’s been a couple updates and each time the game has gotten better and better, reception of the game has not yet gone down after the release of an update so it’s safe to say people are really liking this game. It’s an Independently developed game and I guarantee all the Indie game fans out there would’ve played and enjoyed this. Mazes have never been this funky! 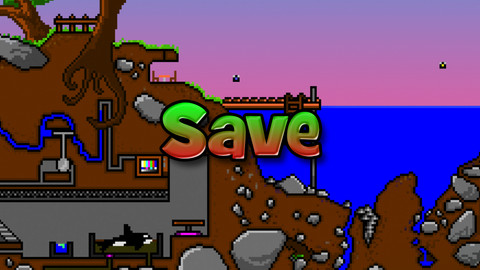 Super Little Caves is one of those games that seemingly has no story, well, little story; you’re a fly who hears of the capture of Princess Luna Moth so, like a good little fly (yep you’re a fly), you set out on an amazing adventure through caves, canyons, underground caverns and a whole bunch of weird and wonderful places to find her, save her life, bring her back and maybe have her fall in love with you. It’s a typical hero story that’s in a setting like you’ve never seen and that’s what makes this game great. Now as you go through the game you start to talk to different animals and creatures and soon realise that each and every one of them has a little story of their own, from lost friends to deep insecurities to miniature apocalypses, it kind of makes you feel worldly in a way and actually makes you want to play through their little tasks and missions, you feel as though you’re actually helping them. You spend most of your time wandering but you come into contact with so many things that makes it feel like more than just wandering and meaningless gaming. 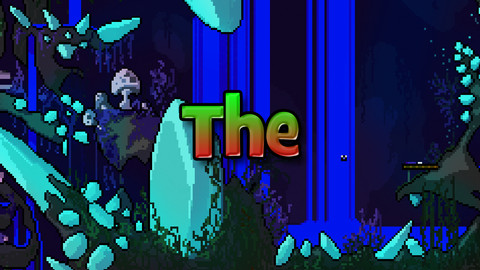 Along with the Audio the Visuals that Super Little Caves sports are, in my opinion, what makes this game awesome. You’re put in this incredibly colourful, incredibly vibrant and just, seemingly, everlasting, 8-Bit world that just blows you away. Look at some points it seems as though there is too much detail and you can easily become lost or even slightly disoriented (within the game), that mixed with this everlasting vibe the frustration can easily build while hitting walls you couldn’t clearly see or sliding down paths you didn’t know were paths but, and it’s a big but, after playing this game for a while you DO tend to get around that, learning what’s what and learning from mistakes is the key to getting over this wall. 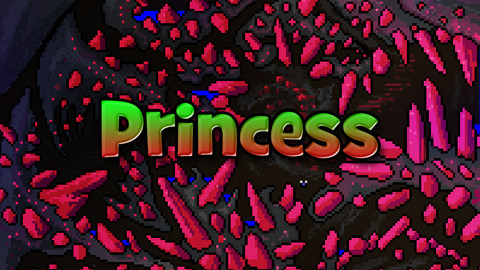 I haven’t been this impressed with a chip tune sountrack since Hotline Miami. The music seems to slide between genres and tones with such ease and in a way that doesn’t get you feeling annoyed but really impresses you. The BGM goes through the waves from eerie to chirpy to funky to intense, it continues to change and evolve depending on the situation. Now there isn’t much else to the audio of this game apart from the odd sound effect and the chatter notes when talking to NPCs but I felt as though you really didn’t need it because the music did so much to over compensate for the lack of other sounds. 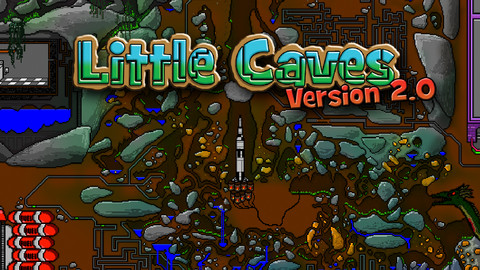 So it’s pretty simple; you fly around as a fly with the use of a control pad which pops up wherever you decided to touch the screen and that’s about it really. There’s no combat, there’s no A button or B button, just a control pad and a little, tiny, fly. So basically the entire game involves you flying through tiny cracks and cave systems, meeting NPCs who gives you little tasks (or big depending on who you talk to) and you just have to go around and complete them. It sounds really simple and, yeah, it is but it kind of just works. The game has you using your big brains to solve different types of puzzles at different difficulties, what I didn’t like was that there was no indication or hint as to where you could search or look or do, now that would be ok if the map wasn’t so damn big, you spend a very long time going back and forth between places you don’t even have to be and yet sometimes they intend to have you fly back and forth but because of your previous thoughts you assume it’s got to be close to your current location. Let’s just say this game will definitely get to you. It would’ve been helpful to have a mission indicator too, just something that you could click and it could remind you what exactly you were doing. I played this game every spare minute I had, 5 or 10 minutes at a time, and if I wasn’t constantly thinking about the game when I wasn’t playing the game I felt that I lost track of it but, once again, this IS a puzzle game and it puzzled the hell out of me at some points! Manoeuvring through this game is fairly hard at first but after an hour or so of playing this game you tend to get a good grip on it all and it starts to get a lot more enjoyable from there. Remember: Learning and remember your surroundings is the key to enjoying this game! 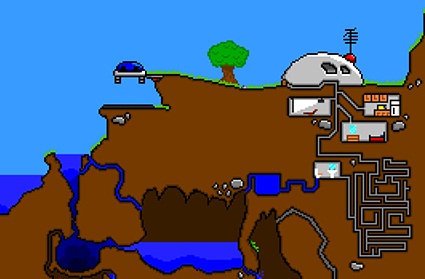 This game is a must have for any puzzle freak out there! Long, thought out mazes will definitely keep you entertained, if not overly hooked on this game for hours on end. If you’re not the biggest fan of games that make you think (much like me, just quietly) but are still a fan of well-made games that look good and sound good and restore your faith in the indie development world than this game is also for you. If you’re easily frustrated and tend to throw things around you when upset still play this game but I suggest maybe playing it on someone else’s iPhone we don’t want any of YOUR valuables destroyed. So go and check out this game if you’re even the slightest bit interested because it’s a fun  game that’ll definitely keep you occupied for hours.