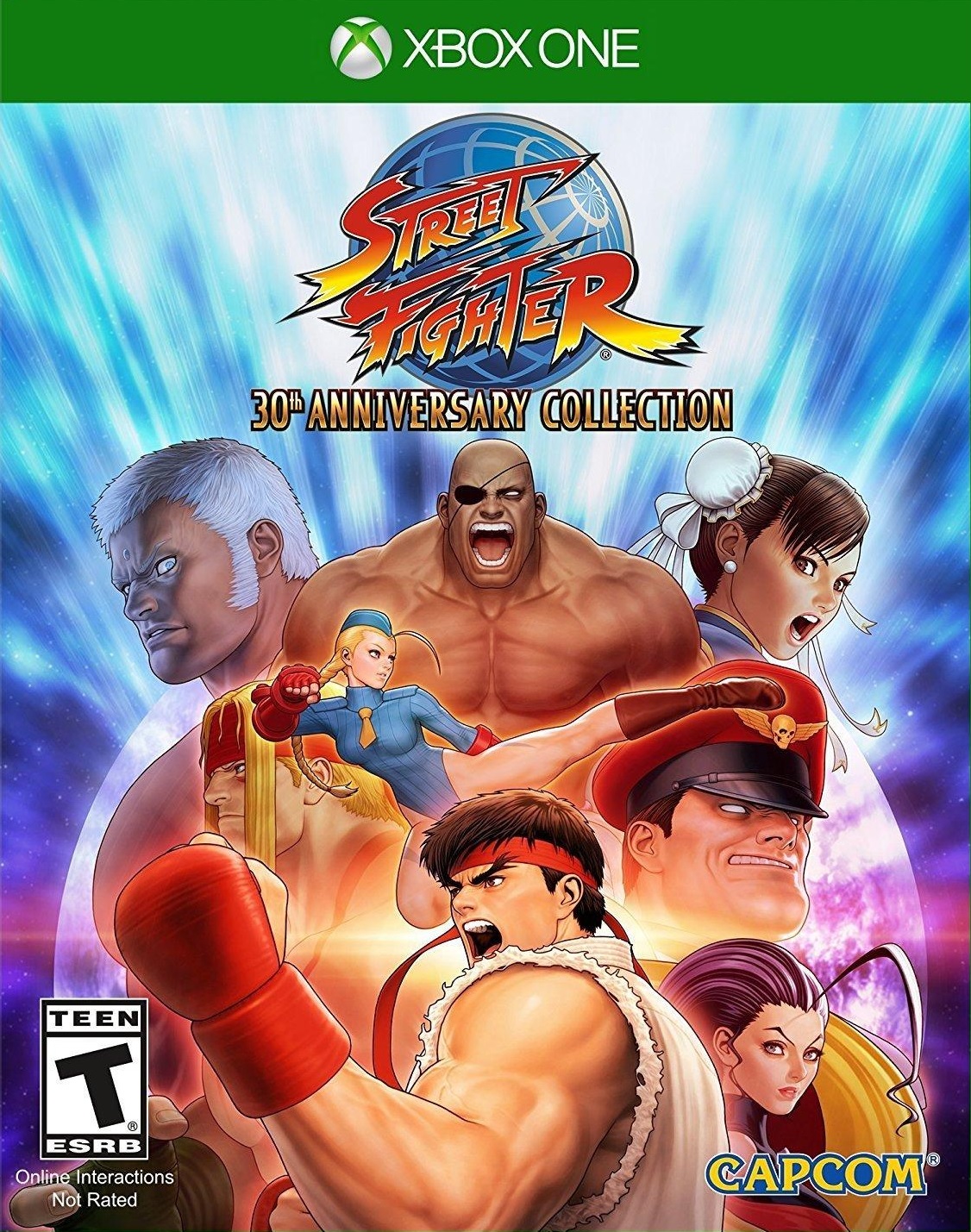 In recent years the Street Fighter franchise may not carry as much weight as it used to but before that it was a mainstay in the fighting game genre. This is especially true when it comes to the ‘90s where the series reigned supreme among the 2D fighters of the era. As such with Capcom bringing the Street Fighter 30th Anniversary Collection out to fans with the help of Digital Eclipse, this collection of classic Street Fighter games is sure to please most longtime fans of the series. 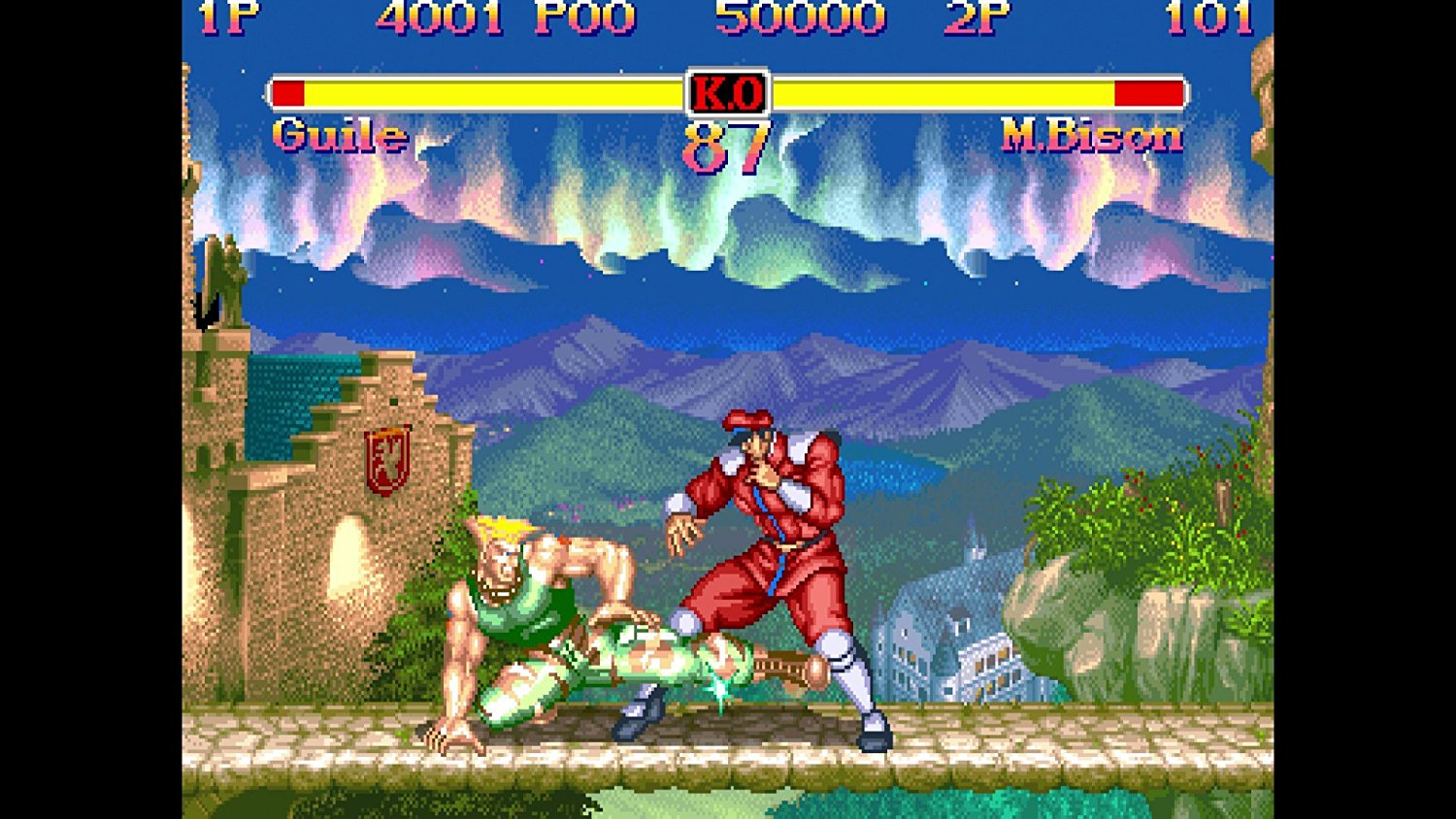 It is interesting to note that this marks the first time that, even with previous collections being released in the past, three of those four titles are available for online play making this a great way for fans of the classic arcade games to take their retro skills and pit them against other fans of the series. These lobbies can be filtered by game or allow you to search for matches in any of the games at a time if you aren’t picky. Thankfully these online matches remain lag free no matter what game you end up fighting in, and if you do end up having to wait for a match players can still take part in arcade battles and even newly added training modes (exclusive to the online capable games) until you come up against someone.

That being said, players will have access to a number of little features added into the collection outside of the standard gameplay, with titles offering save states that will allow you to resume a fight from immediately where you saved it, as well as a massive collection of bonus material. This bonus material comes in the form of the game’s museum that contains a massive amount of design documents, character profiles for the majority of the characters in these games, concept art, music test modes, and numerous other little bonuses and sprites that will delight longtime fans of the series even if there is a distinct lack of video footage included. 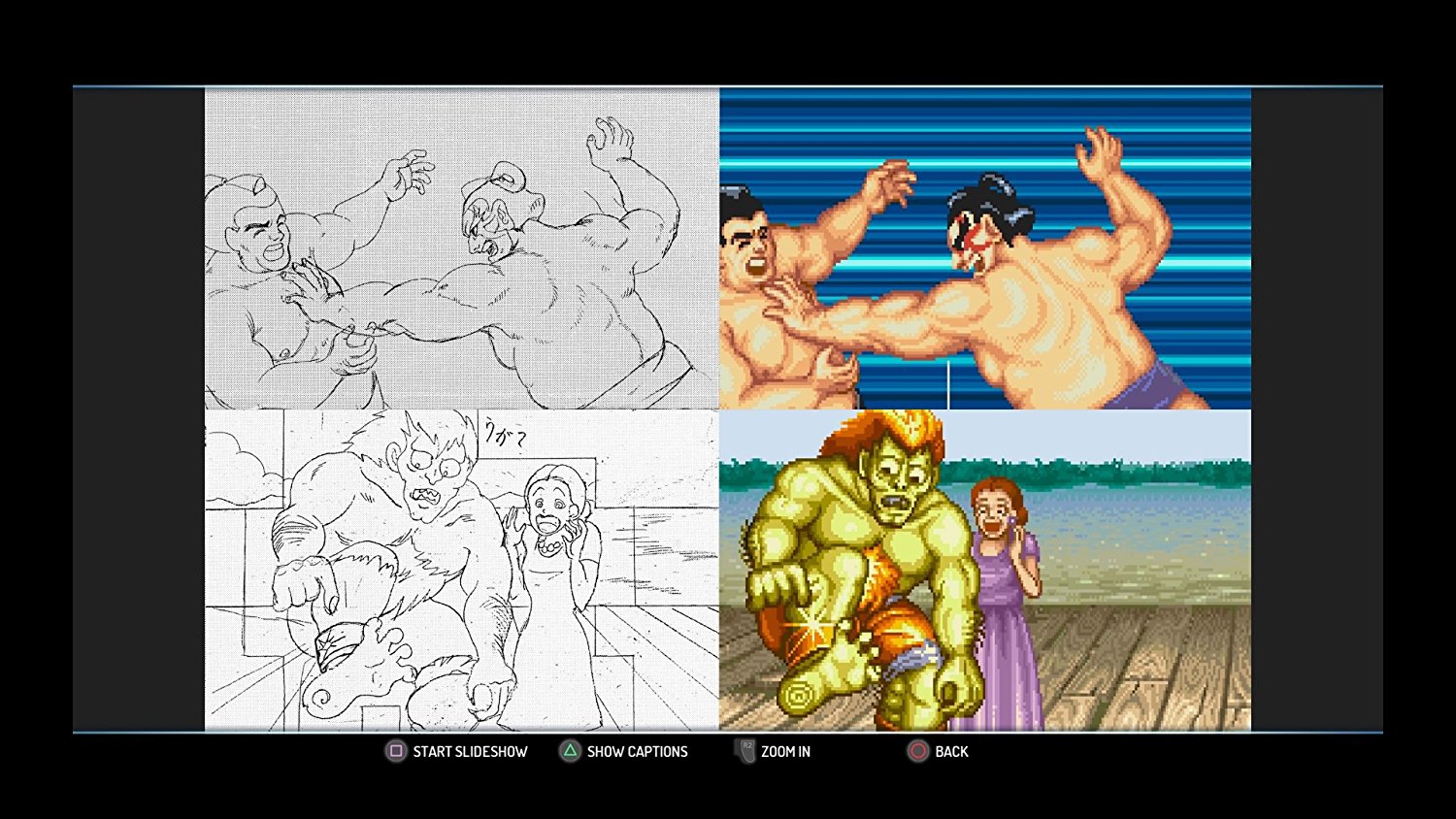 As for the actual games included in this release, fans will be delighted to hear that they have all retained their same classic style of gameplay. Of course this does mean that the original Street Fighter is a game that you will only tend to revisit when you want to see how the series started, or want to punish yourself since the original is quite terrible compared to everything else on offer. In many ways this does demonstrate just how much of an improvement Capcom made with Street Fighter II as you can only see small glimpses of what made the series so memorable in the first game while its sequel capitalizes on those in almost every regard.

Playing through these titles as they were released provides players with a far more intriguing experience thanks as you will notice subtle differences that may have been easy to overlook between versions, especially in regards to the Alpha subset of games where many new features were implemented between the three titles here. Of course the biggest jewel for fans will come in the form of Street Fighter III’s various iterations where the gameplay evolved into a more technical fighting game featuring parries and new styles of movement to speed up the feeling of the game. 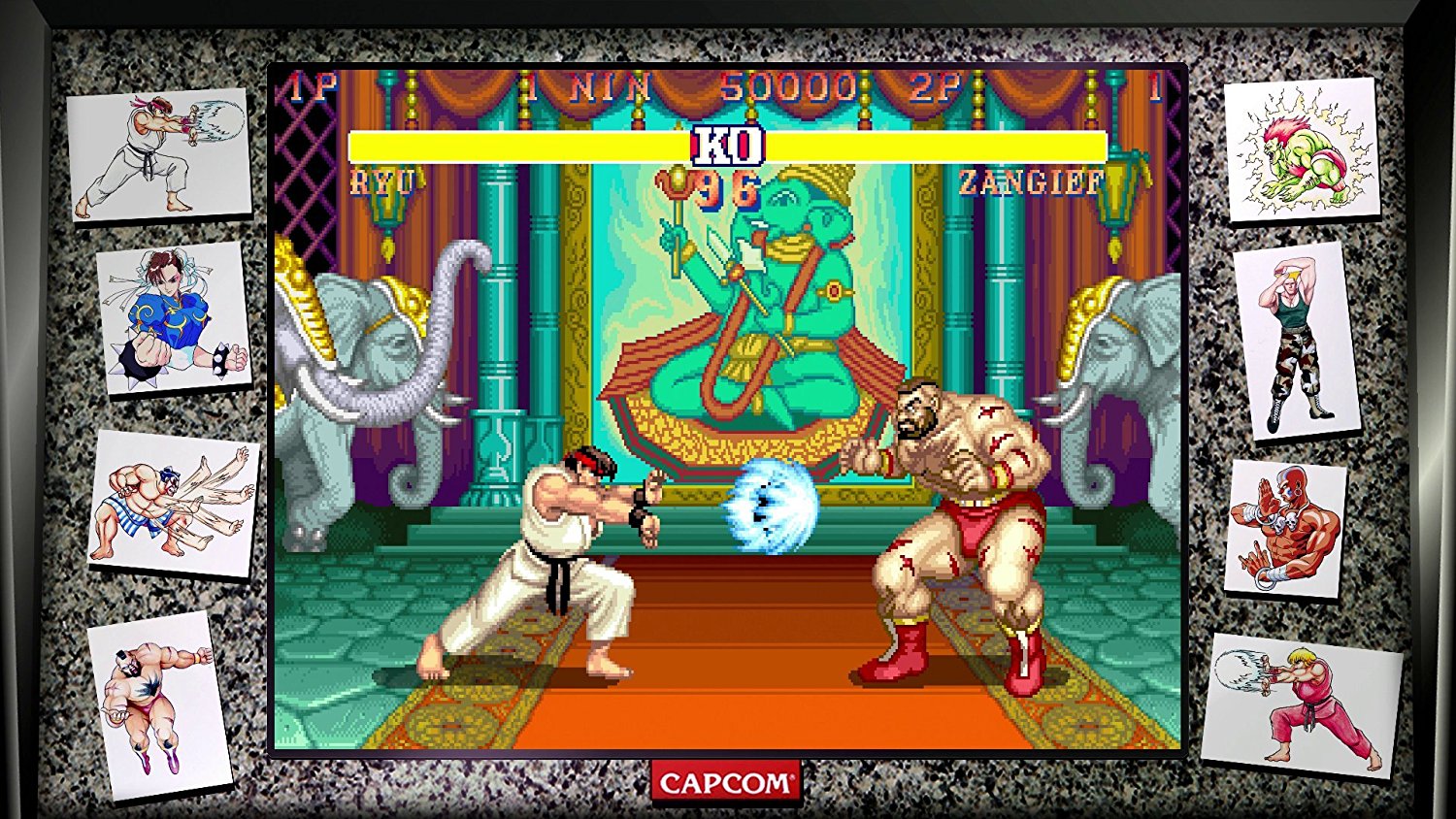 While the wide and varied roster of Street Fighter III may not be the most approachable for some fans of the series, the in-depth combat system still makes it one of the best games in the franchise, though since this collection contains so many earlier iterations as well, there is something for everyone here.

Classic fighting game fans will be pleased to know that not only do these games all run incredibly smoothly in all of their forms, there are a number of ways to present them as well. Players can choose to have them shown off like their original arcade format in the West, add various borders to the sides of the screen or leave them blank, change the aspect ratio if you want to play wide-screen, and even add various visual filters to simulate older televisions or arcade cabinet monitors. 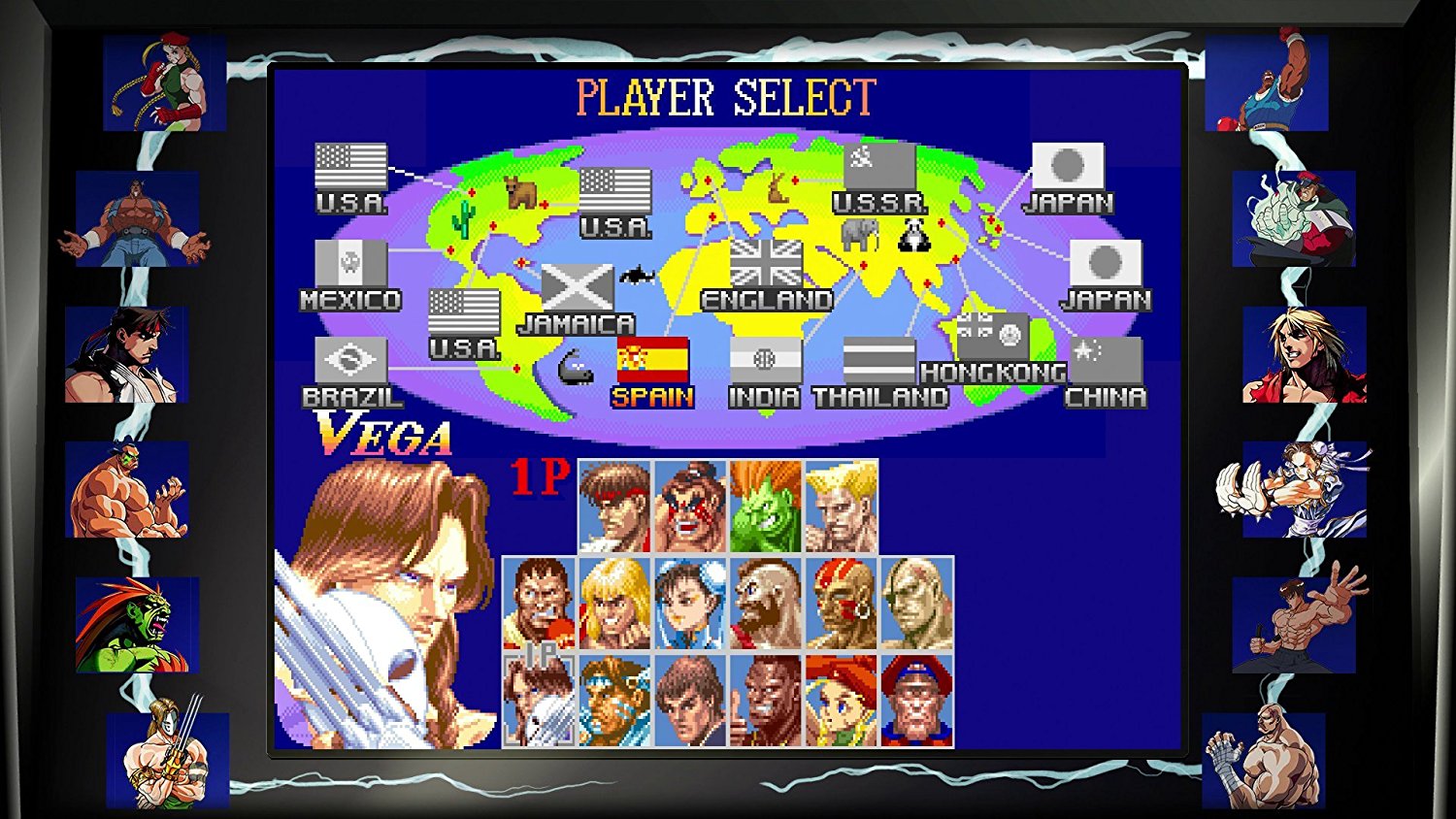 The games themselves all retain their original sprite work, once again showing the improvements made over the course of the series’ life as Street Fighter III still stands the test of time as being a gorgeous and fluid looking sprite based fighting game. The soundtrack also features all of the classic theme songs that players remember and, thanks to the aforementioned music test in the museum, can be easily revisited at any time.

Street Fighter 30th Anniversary Collection manages to come together to be a must-have for Street Fighter fans who are looking to find a solid celebration of the franchise’s storied history. While it may lack some of the more interesting console entries and might feel a little bare in the museum, there is still plenty to please fans here, especially since the fighting games themselves have never better and now with added multiplayer modes as well as practice modes, those looking for a classic collection should look no further than this one.

Street Fighter 30th Anniversary Collection may feel like it is lacking in some elements but this does little to harm the great collection of games in this package, a few of which now have new modes for fans to enjoy.
8.5