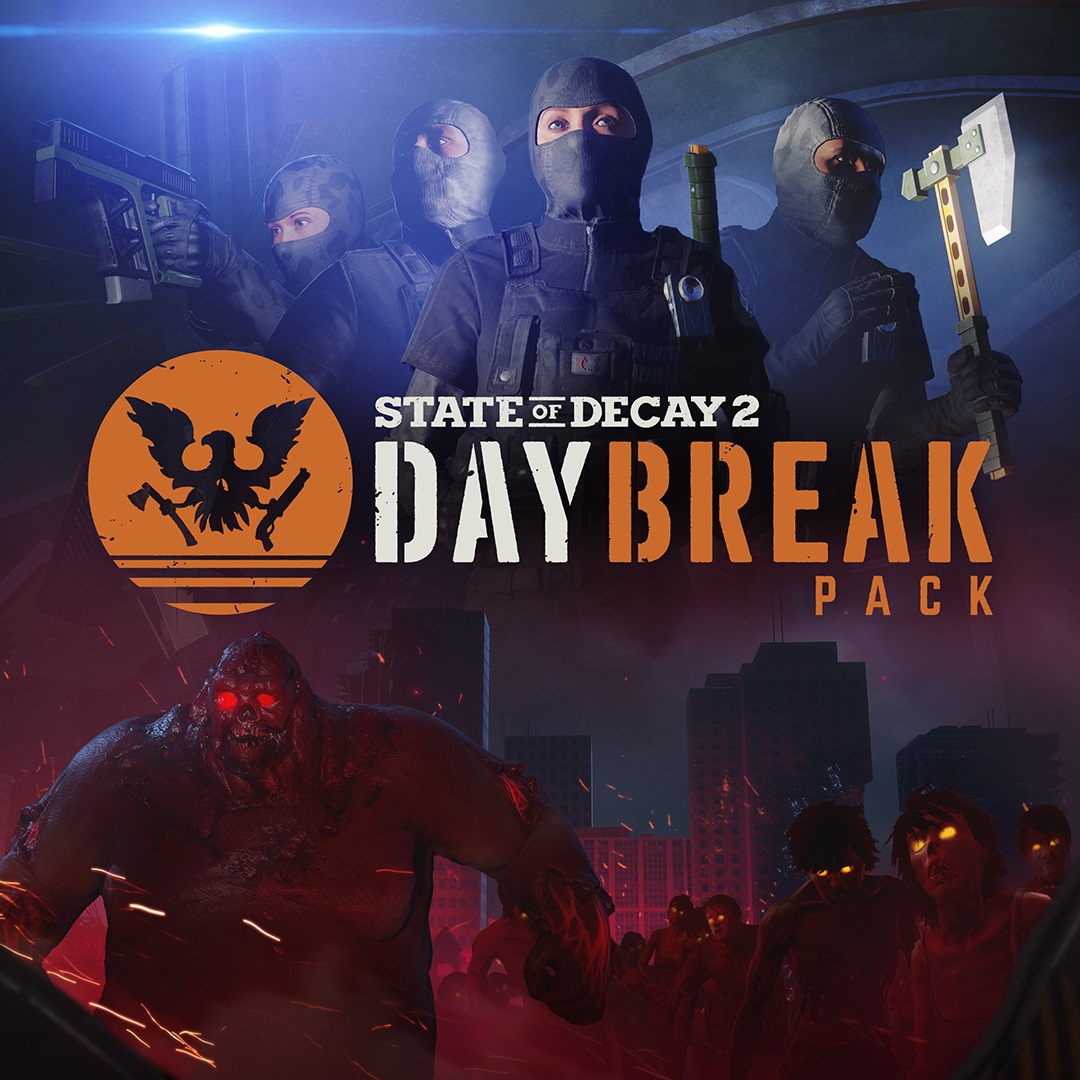 While the original State of Decay broke some new ground as far as zombie survival goes, the sequel added a bit more to the formula while falling short in a number of other areas where its predecessor succeeded. One thing that State of Decay 2 managed to add fairly successfully was a multiplayer element and now Undead Labs has released a piece of DLC centered around this multiplayer experience in the form of the Daybreak Pack. Bringing with it a new game mode, a number of new weapons, and some minor bonuses to the core game, is this DLC worth your time?

The Daybreak Pack drops players into the boots of a randomized Red Talon Soldier, one of three at a time, who are tasked with guarding a randomized technician in an effort to restore a satellite relay back to perfect functionality. To do this the technician must be protected for seven waves of increasingly difficult and numerous zombies that all are seeking to eat everything that is still alive. As you may surmise, this means that the Daybreak Pack is a multiplayer horde mode that sees players either facing up to seven waves of zombies by themselves paired with two other AI soldiers or teaming up with two other players online, allowing up to three heads to work together to stay alive. 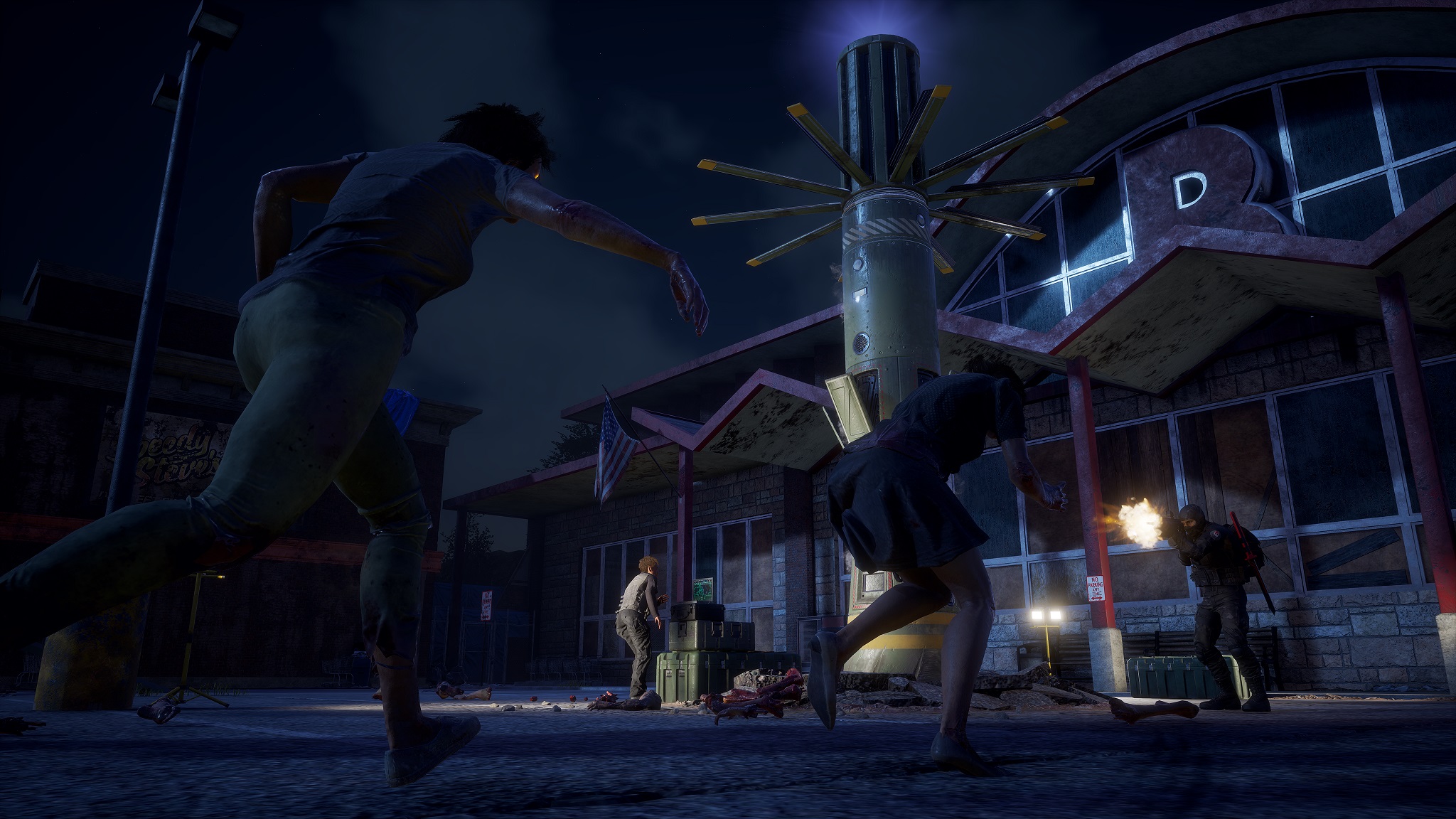 Players are initially given three chests filled with a decent amount of supplies in the form of extra firearms, medkits, bandages that can be used to heal the technician, ammo, and wall repair kits that are essential for keeping most of the undead at bay. There are a number of walls that players can, generally, shoot through to deal damage to the undead from a safe distance but it is worth noting that these walls can be taken down quite easily if a number of undead are left unchecked. Unfortunately, while repetition will give players the ability to easily tell exactly how much health a wall has, players must simply use a color coded warning symbol to determine when a wall needs repair rather than use actual health meters that would have been far better and avoided the potential waste of limited wall repair kits.

Combat is all handled the same way as the core game with the Red Talon soldiers being skilled for combat, allowing them to use melee weapons and aim firearms effectively without running too low on stamina. Melee is essentially a player’s bread and butter for most of the standard zombies as ammo for firearms and explosives eventually will begin to run scarce, even with CLEO drops eventually being given out in-between later rounds. 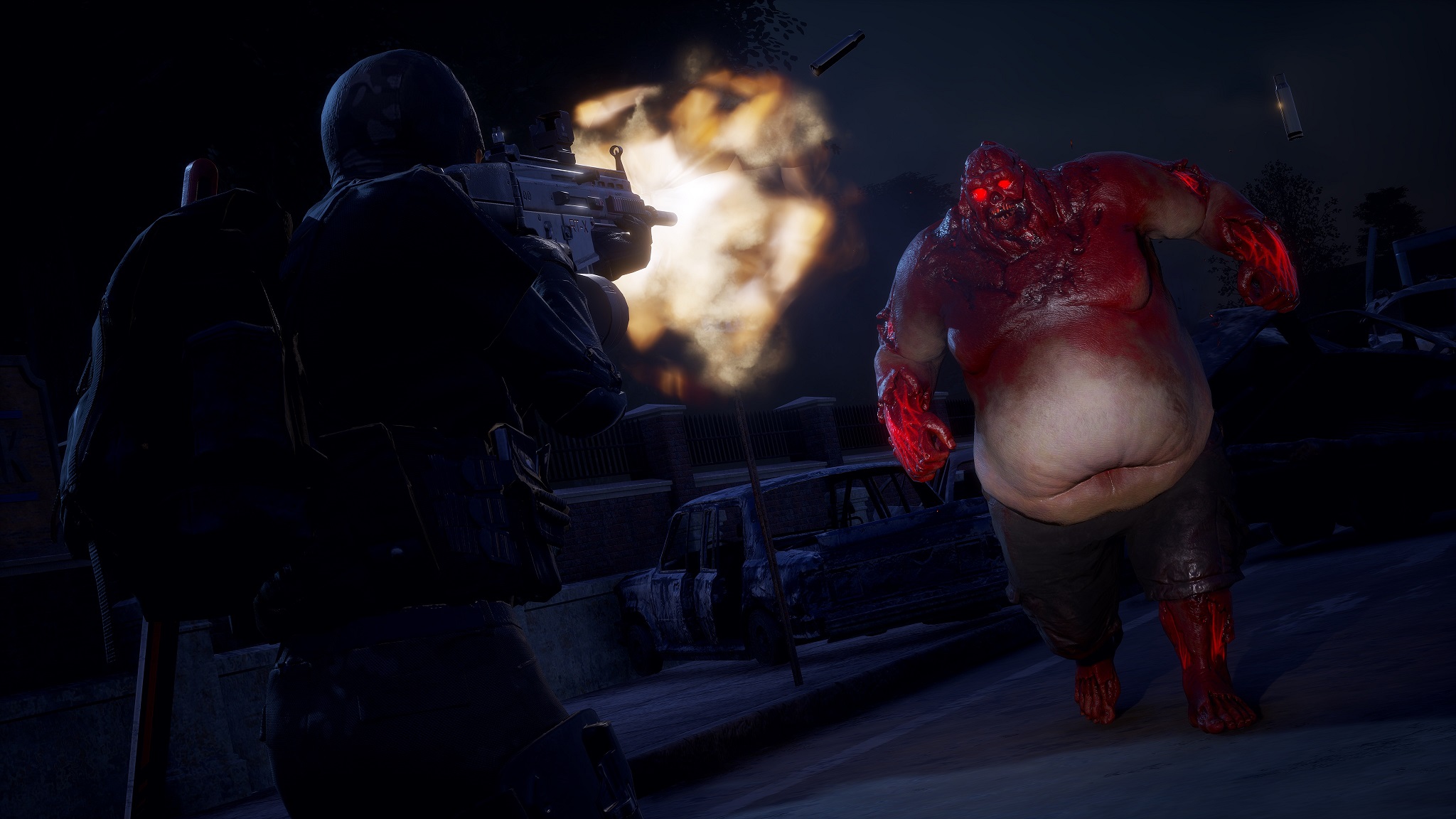 This is essential since while things may start a bit easy with only easy to kill bloaters and standard zombies appearing in initial rounds later rounds will continue to add tougher foes in the form of Ferals that will simply climb over walls to directly attack the technician, Juggernauts that take a massive amount of damage to take down and can easily breach walls, and even “new” Blood Plague Juggernauts that can leave clouds of infection in their wake. Basic blood plague zombies will also appear and just like in the core game, if you end up getting too infected then death will come swiftly.

Unfortunately for the Daybreak Pack, that is all there really is to this DLC as a whole. Outside of unlocking some new weapons that can be used in a starting loadout and eventually unlocking special gear, including a Red Talon Soldier of your very own, that can be purchased in the main game through a new currency called “prestige” that is earned by completing various waves and killing special zombies in horde mode, there are few real new mechanics or even interesting additions in this pack. 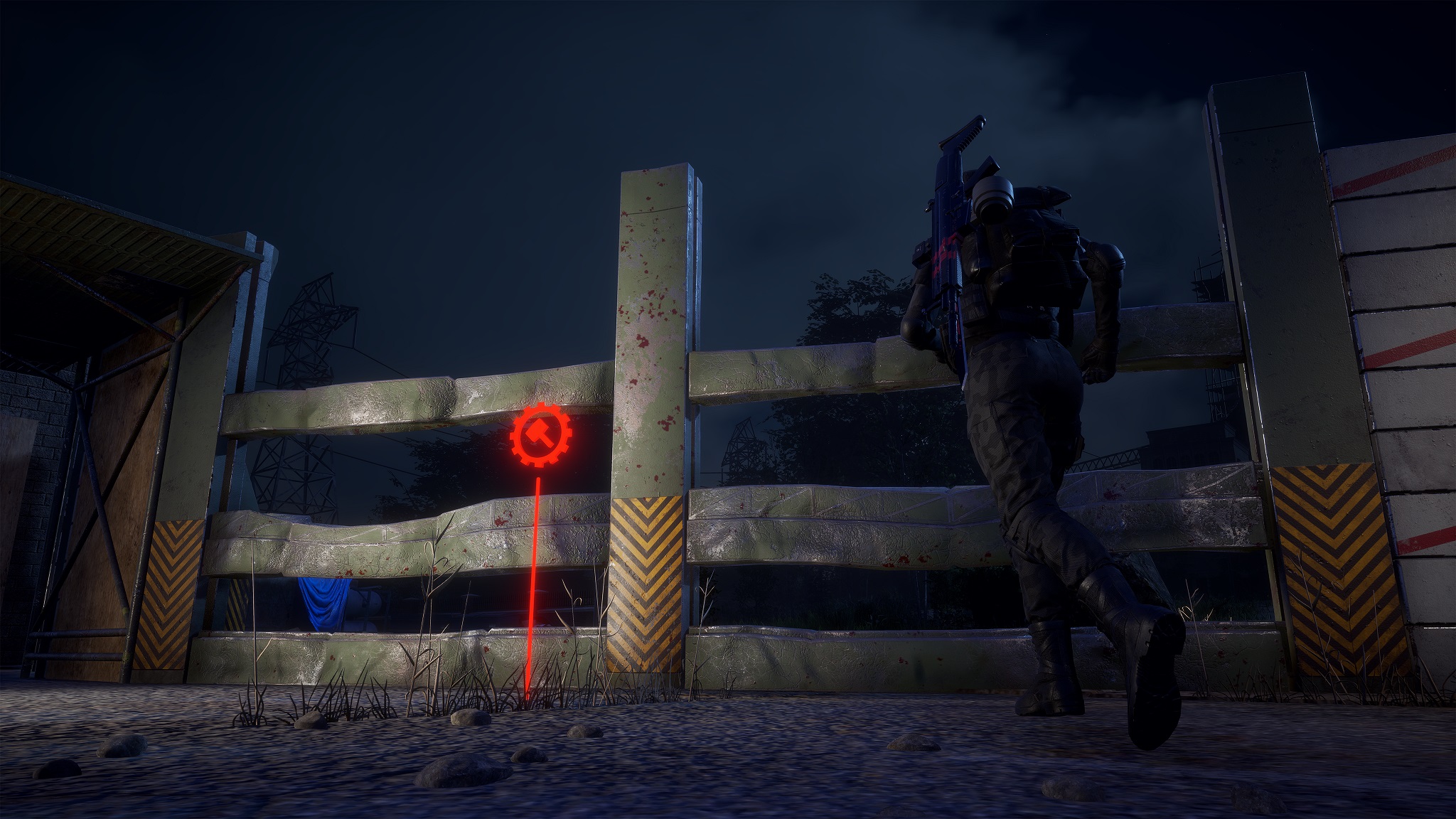 Repetition quickly becomes the only way to really grind your way through waves and eventually unlock equipment that will make your life easier and make things better for the standard game. It doesn’t help that death is almost a certainty for the most part, even if you manage to stay connected to other players online in a multiplayer match since lag can be a real problem that will see zombies teleporting around and breaking through barriers that were previously pristine or simply disconnecting entirely. Playing offline allows players to avoid the laggy nature that can plague online matches but also robs players of the more enjoyable experiences of working together as a team.

As far as new designs go, this Daybreak Pack really doesn’t have too much special to offer other than a handful of new character designs, since the Red Talon soldiers are mostly identical outside of slightly different outfits and builds, and the newly Blood Plagued Juggernaut. The new weapons that are available are a bit of a nice touch but unfortunately there isn’t anything really crazy to be added into the arsenal here. As for the actual map that you are playing on, it remains the same no matter how many times you run through the mode though the actual map is fairly large, though you’ll likely only see these between rounds as you’ll want to spend most of the actual rounds defending the walls rather than exploring to see the little tidbits placed around the area. 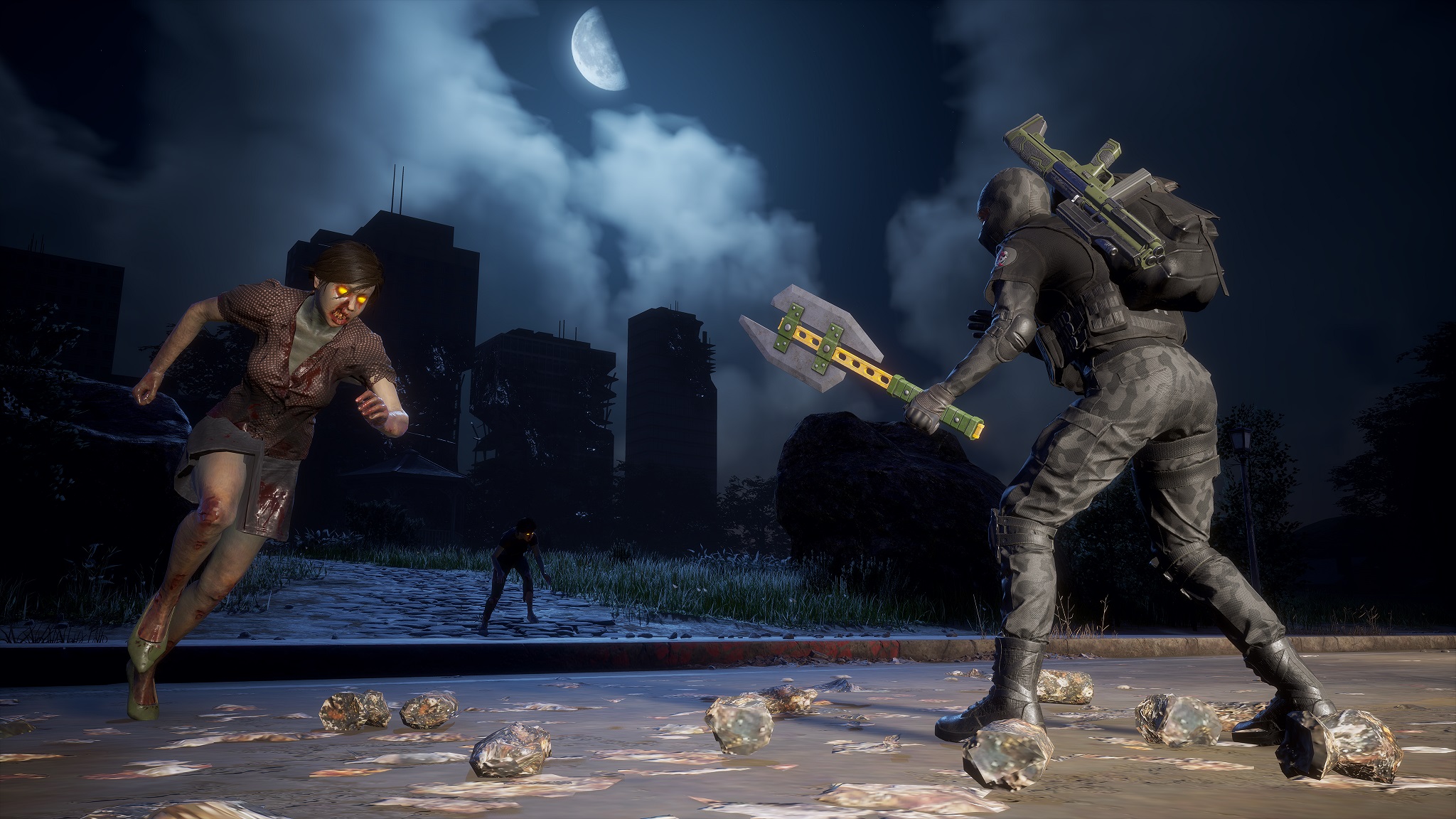 The soundtrack doesn’t really offer anything new as well other than the same standard tones and sound effects from the zombie horde. The new voice work for the random soldiers as well as the technician are fitting for the game but don’t stand out in any special way.

The State of Decay 2: Daybreak Pack feels like something that was created to capitalize on the fact that the game now features a multiplayer mode and unfortunately not too much else. While the game mode itself is fine and can be a blast when playing with others, lag and disconnects can ruin an online match and although grinding for gear to use in the main game can be fun, the repetition of playing on only one map does get a bit old, making this a serviceable but ultimately unimpressive horde mode.

State of Decay 2’s Daybreak Pack may bring with it a new and serviceable multiplayer mode that offers incentives to the core game mode, a lack of variety and plaguing issues with the online system leave the mode feeling rather lacking.
5.5