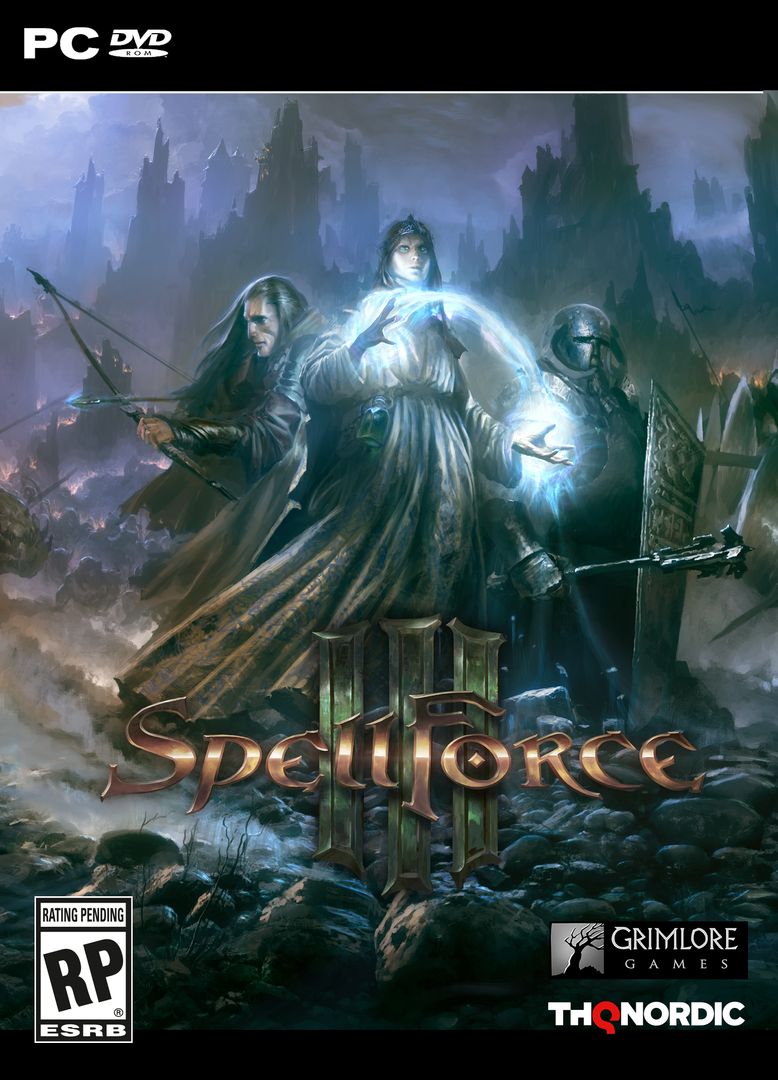 One of THQ Nordic’s earlier takeovers, the SpellForce series has earned itself a loyal following over the years. The classic RTS/RPG hybrid gameplay is finally returning in SpellForce 3 with players controlling small bands of heroes that are levelled up and equipped just like a top down action RPG, all while building an economy and army to overwhelm their opponents. The game serves as the series’ prequel, telling the tale of how the Circle of Mages was formed. 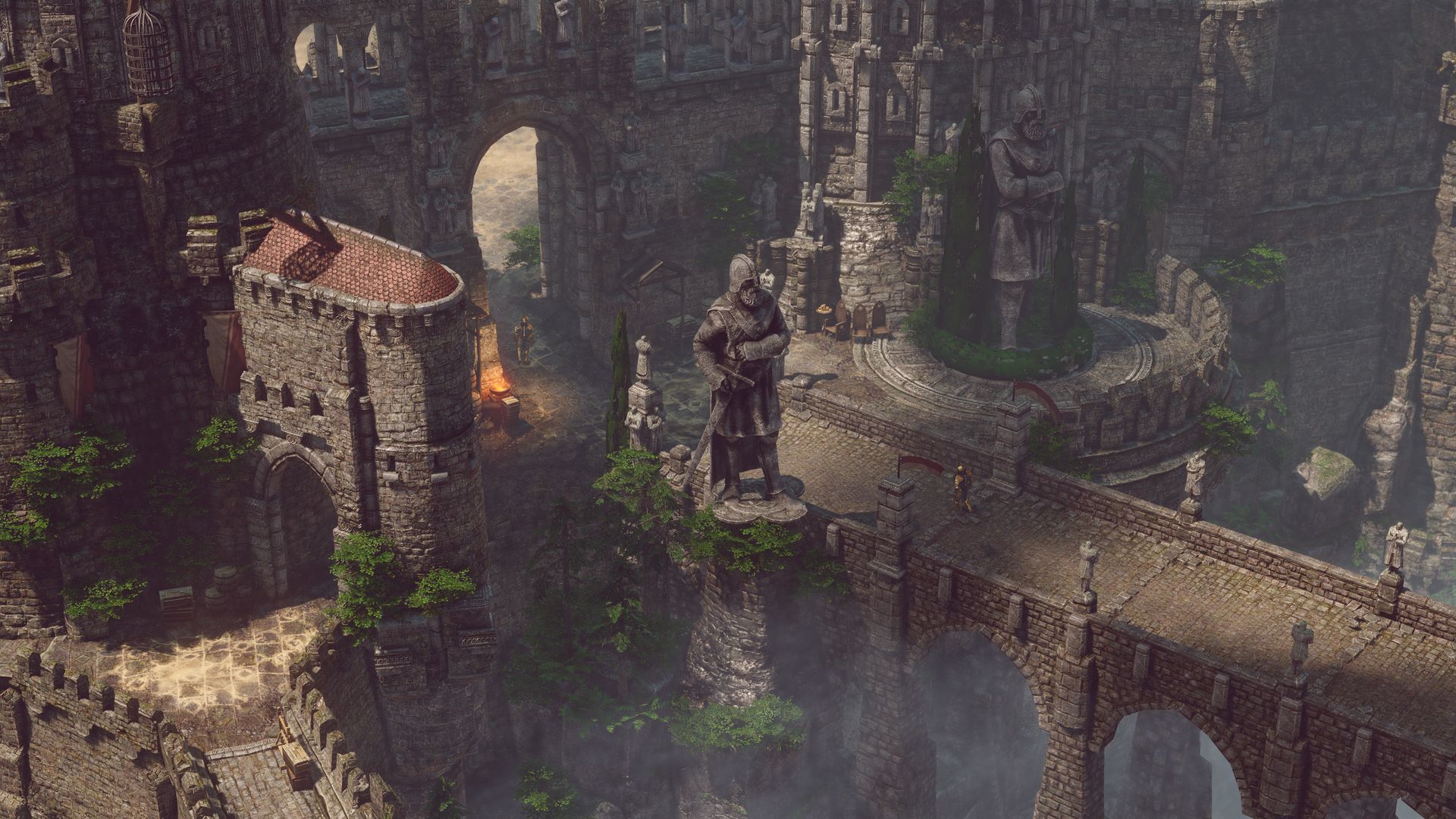 It has been over 14 years since the SpellForce series first launched, bringing in two games and countless expansion packs. Getting into a series this old can often be a daunting challenge. THQ Nordic has made the wise decision to make SpellForce 3 a prequel. As a gamer new to the series, I found the early setting for the game meant that I didn’t feel like I was missing anything coming into the game as all the events from previous games had yet to happen.

SpellForce 3 is well written. The characters are interesting and the dialogue flows well. As far as fantasy titles go, it’s a bit on the grittier side with some dark themes. The relatively generous amount of swearing in the game for a fantasy title was a bit initially jarring, but I think it helps builds that game’s gritty feel. The game gives players a bit of choice when it comes to dialogue. While the consequences are rarely monumental in nature, the level of impact player decisions have is enjoyable. 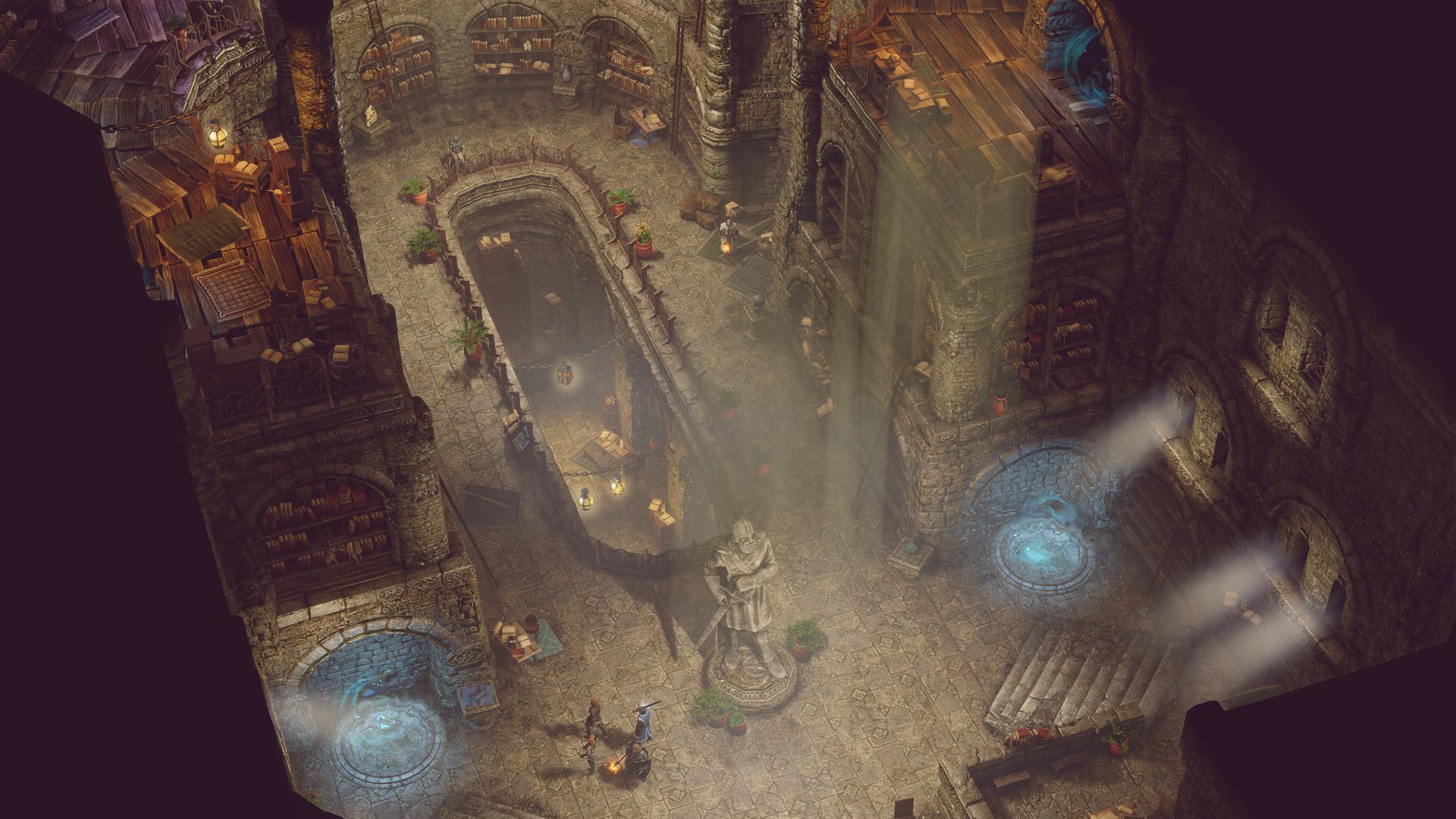 SpellForce 3 mixes RTS and top down action RPGs. The backbone of the player’s army are hero units that level up, equip gear, and learn new skills. These characters can die in battle and be resurrected at a nearby God Stone after a short timer expires. While hero units can turn the tide of a battle, they are supported by a wide range of generated units from the traditional RTS buildings. These units follow a rock-paper-scissors format in combat.

The game’s economy is built around optimizing worker distribution. Each territory has a main hub that stores resources and has a limited number of workers depending on its level. Each building needs at least one worker to be productive, and at least one worker needs to be available to move resources from the generating buildings to the consumption buildings. Since the demands on the economy is always changing, players must constantly check on their territory to optimize the distribution for the current situation. In the end, the only real way to expand the economy is to take territory by force. I like this alternative take on the classic RTS economy as the movement of resources feel a little more realistic and the constant juggling of workers rewards players who keep on top of their economy without slowing down new players too much.

Overall, SpellForce 3 does not dig particularly deep in RTS or RPG mechanics. If either part of the game was presented exclusively on its own, it would make for some dull content. However, SpellForce 3’s gameplay is greater than the sum of its parts. The mix strikes a good balance between micromanaging individual units and amassing overwhelming armies. 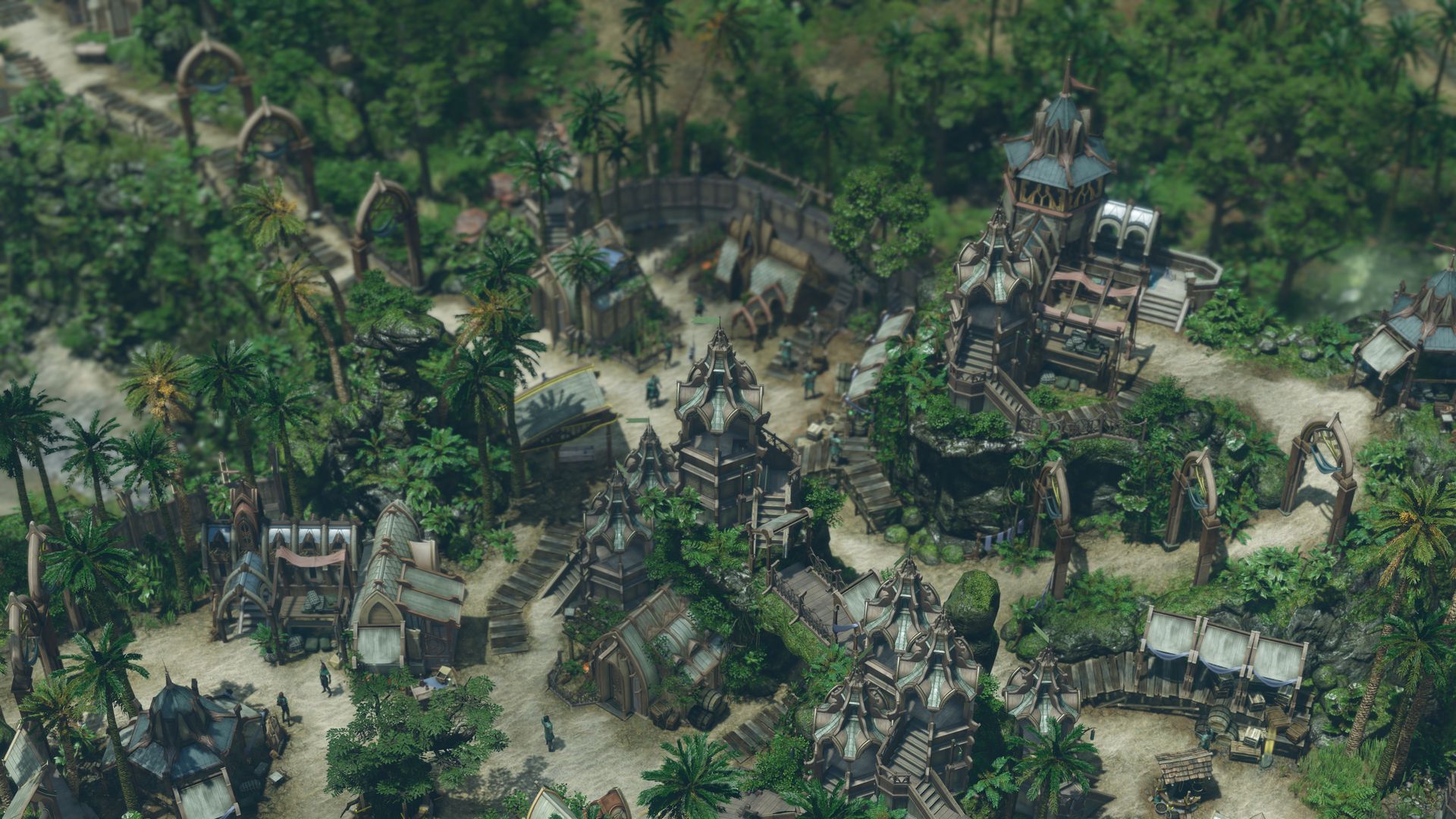 The skills system could use a little work. There are too many active skill options as each character can have up to four different skill trees with each tree composed of mostly active skills, yet each character is only capable of using three skills at a time. The resulting system often results in overall inflexibility in skill choices or a lot of dead skill points that are not contributing to a hero’s strength in specific fights.

The controls for SpellForce 3 are decent. The game uses the standard RTS control scheme that can be easily controlled by mouse or with a multitude of hotkeys for the APM obsessed. Unique to SpellForce is the Click ‘n Fight wheel. Upon pressing the hotkey, time can either slow down or stop based on user settings and a list of possible skills pops up along with important enemy information. On the other hand, I find the UI to be a little scattered. Hero controls that are found on the top left of the screen and are unavoidable, as some spells and all consumables are not accessible via Click ‘n Fight. The building controls are placed at the bottom right. Oddly enough, the construction menu requiring a completely different button to access, but the construction menu appears over the building controls. I think having the construction menu appear whenever a building is not selected would have been a less jarring solution. The game’s camera speeds are also painfully slow by default. While this can all be addressed using the game’s camera speed sliders, the default speeds are slower than a casual walk through a garden.

SpellForce 3’s single player campaign is a mix of small unit top down tactical RPG segments and large battles that utilize all of SpellForce 3’s mechanics. I found the small unit RPG segments to be the weakest parts of the single player campaign, as it illuminates how shallow the game’s RPG mechanics are. Additionally, these sections tend to have long periods of just walking around. Though the God Stones do help cut down on travel time by allowing heroes to teleport, the need to explore side areas for bonus loot and experience essentially negates any time savings. The level design generally needs to be tightened up by putting greater emphasis on SpellForce’s RTS/RPG mix and turning some of the walking segments in levels into cutscenes instead. 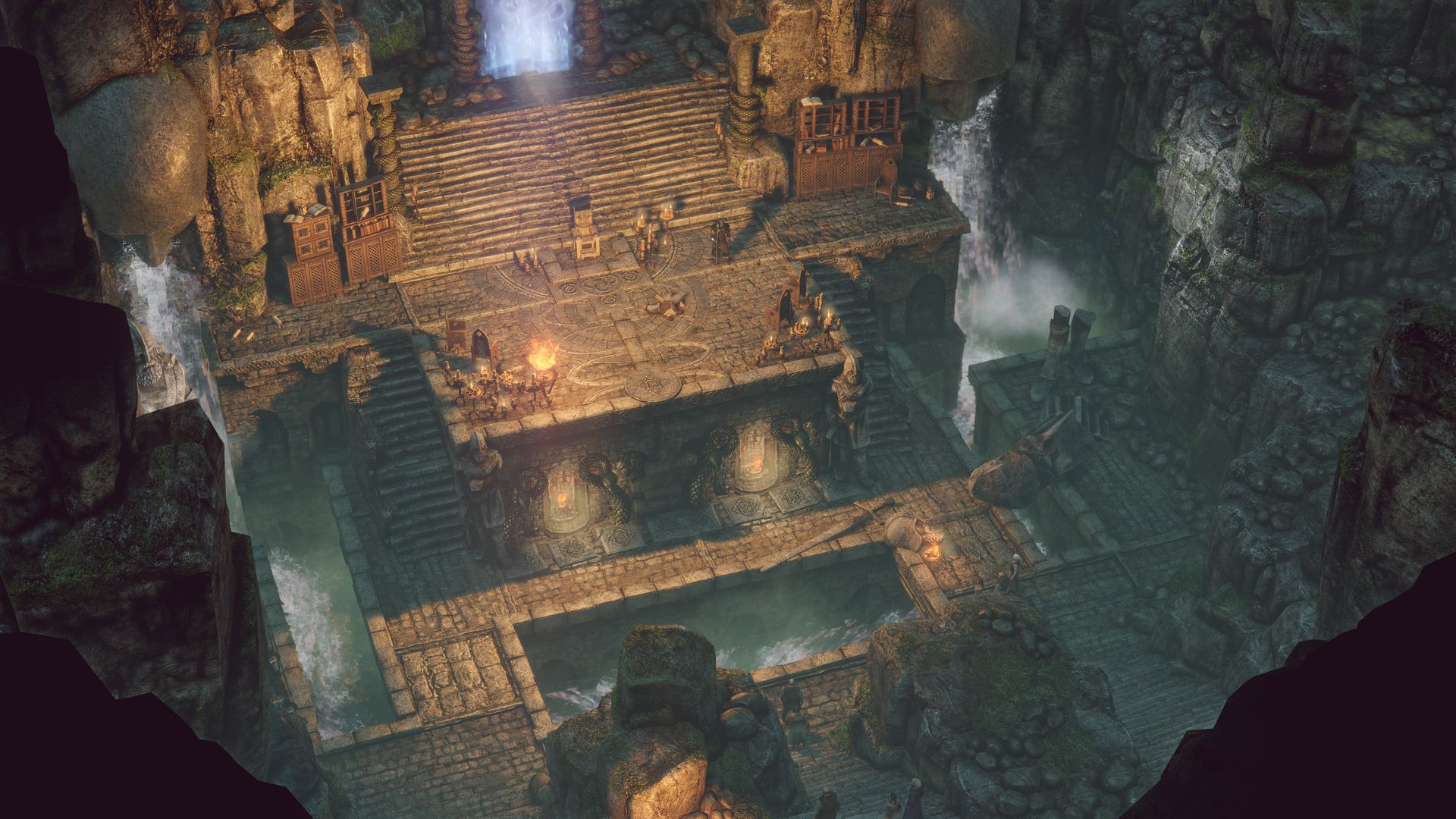 SpellForce 3’s visuals are excellent. Though the art style is a standard fantasy, it is well executed. The world is highly detailed, with some stunning environments that have lush environments and impressive architecture. The textures and animations are solid. On the technical side, SpellForce 3 ran well on my computer. The game provided a good set of graphic options to adjust for individual systems.

The audio in SpellForce 3 is decent for the most part. The soundtrack is enjoyable and compliments the game well. The sound effects and the voice acting are likely the weakest of the lot. The sound effects for the individual units are good, but some of the sound effects specifically for the campaign feel extremely generic and out of place. The voice acting for the main characters are excellent, but the minor characters are clearly voiced by less skilled actors. The number of lines for individual units are also a bit lacking, as each unit could use an extra two or three lines to keep things fresh. 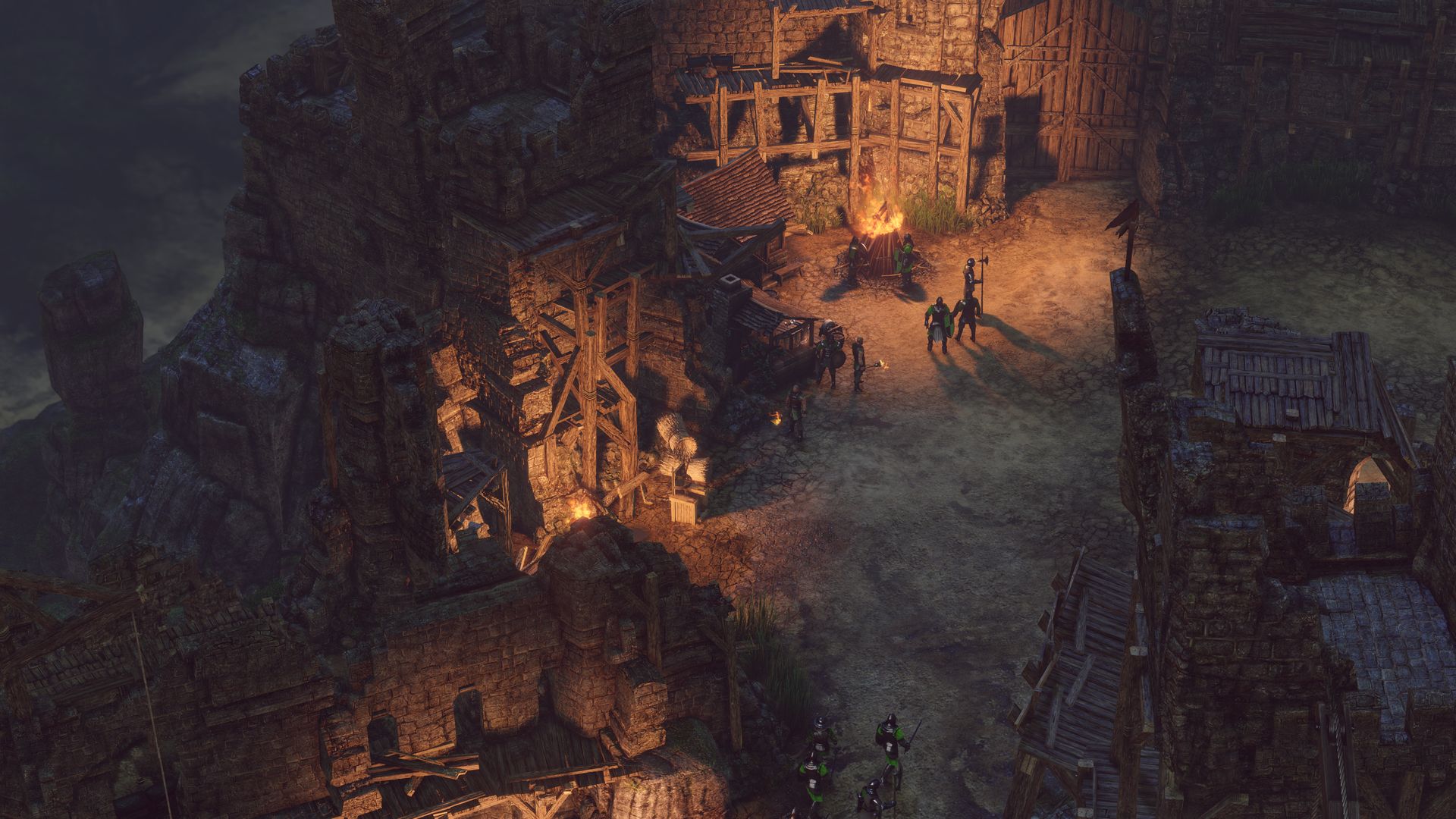 SpellForce 3 is no where near a perfect game. The campaign could use a tighter experience to trim some of the fat, and the audio presentation isn’t the greatest. Yet even with all its flaws, SpellForce 3 is still an fun game. The game offers a unique mix of RTS and RPG gameplay that would be rather dull on their own, but combined they strike an entertaining balance. I can see why the SpellForce series has earned a dedicated following through the years.

While the campaign and audio could be tightened up, SpellForce 3 is still an entertaining hybrid of RTS/RPG mechanics.
7