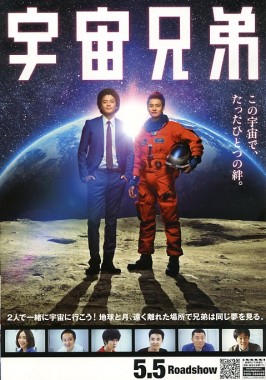 Overview:
Dreams, beliefs, faith and love are all powerful things. These powerful and at times magical things are the foundations of Space Brothers a live-action film adaptation of the popular manga of the same name. These things are the driving force of a film that truly embodies the power of dreams. This one is for the dreamers. 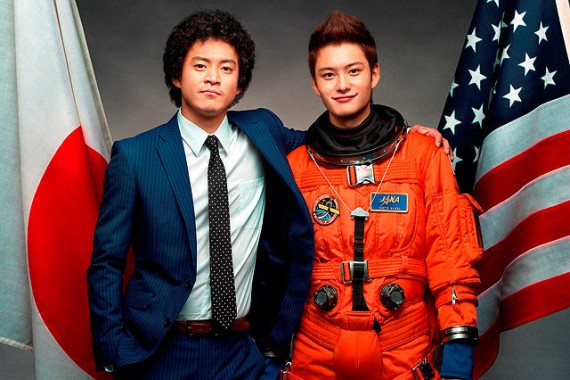 Story:
As is apparent by the title this is a film about two brothers with dreams of heading to space. As children Mutta and Hibito witness a UFO zip about the starlit night sky and finally shoot towards the moon. This event spurs on the two brother’s love for space ultimately leading them to become obsessed with space to the point they desire to head to the moon together. But as always something has to go wrong, in the case of Space Brothers, it is older brother Mutta losing faith in their dream opting instead for a droll life of white collar work.

After Mutta gets fired from his job, Hibito whom is now destined for the moon in the next few months revitalizes Mutta’s passion for space ultimately resulting in Mutta deciding to join the space program in an attempt to become an astronaut and thus fulfill a pact the two brothers made that night as children.

Dramatically the film is brilliant, with the synchronicity of the plots of Mutta’s JAXA astronaut exams and the story of Hibito’s first moon voyage, it makes for truly tense story-telling. The stakes are indeed high and running these two plots in parallel works wonders for the film. The tension regarding whether Mutta passes the exam and fulfills his dream to go to space with his brother would have been enough but to have Hibito’s death-defying trek on the moon play out along-side it was a masterstroke. 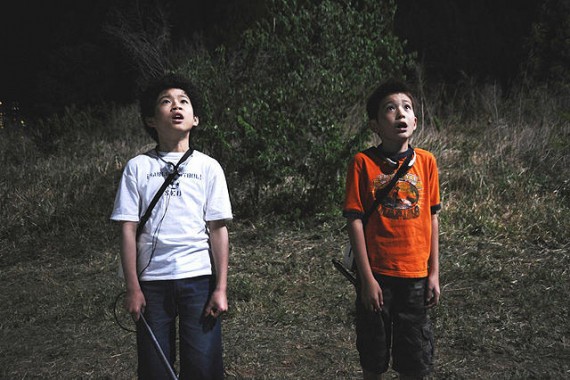 The characterisation is like-wise excellent. Mutta is your lovable goof, who has never truly succeeded in life but desperately wants to succeed this time, not out of any selfish reason, but because he wants to fulfill a promise he made to his little brother all those years ago. It’s an admirable goal and his is a genuinely relatable character. Hibito while being the lesser defined of the two brothers is still well chiseled as the successful and charismatic young man who still views his older brother with starry eyes. These are two characters that are incredibly easy to root for and it makes Space Brothers all the better for it.

While the majority of the film was a joy to watch, there was some notably cringe-worthy moments, particularly any scene where someone spoke English. Whenever the Japanese actors speak English it’s almost difficult to not laugh at and does kill a lot of the emotion in the scene. Bizarrely even the American actors speaking English was clunky. They spoke decidedly slow and even their English was relatively broken. It was hard to watch these scenes, but any point when they were speaking Japanese there was no issue.

Despite that, the film was utterly heart-warming. The film’s conclusion left many in the theater with teary eyes, not of sadness but of joy. It was a genuinely moving and satisfying 2 hours of film, even though its hard to imagine such a story ever existing in reality, it’s nice to just slip away for a while and believe that magic can happen. 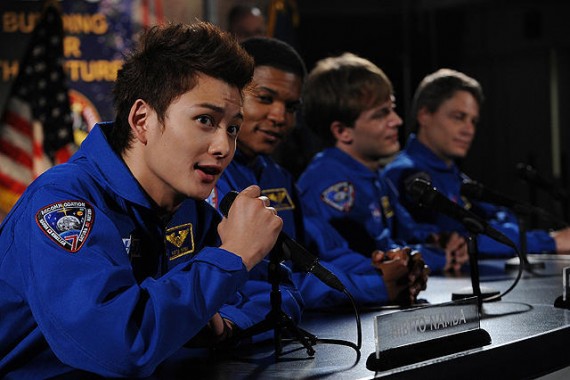 Visuals and Audio:
Without a doubt Space Brothers is the most aesthetically stunning film of the entire Japanese Film Festival. The Moon scenes are jaw-dropping and look very genuine. One thing that is truly interesting about Space Brothers visually is the way that it utilizes space and no I don’t mean outer space, I mean space. For example, With the triumphs of our heroes the world seems to much wider and open, this is very evident in the scene in which Mutta watches the rocket launch and when Hibito first jumps onto the moon with his infamous ‘moon jump’. Conversely when the pressure is on, things start to close in making things feel claustrophobic, evidently seen when Mutta is struggling with his exam and of course when Hibito is trapped in the moon crater. It’s great cinematography and it really conveys the characters emotions in a visible medium. Freedom and open space brings them joy, but being trapped and closed off is frightening. In the end you truly understand why these brothers love space so much and a lot of that has to do with the way the film is shot.

In terms of the film’s soundtrack it was simply excellent. The theme song was performed by Coldplay of all bands, ‘Every Teardrop is a Waterfall‘. It’s a song that lyrically isn’t really suited to this film but in terms of how it sounds, it’s a fitting tune especially with the repeated use of the word ‘UP’ which is continuously shown during the video montage in which the song is played in the film. The rest of the soundtrack is a nice mix of pulse-pounding and laid back bop creating an eclectic soundtrack that would actually be worth owning in it’s own right. But when it comes to how it correlates with the film, it’s excellent and always tonally on point. 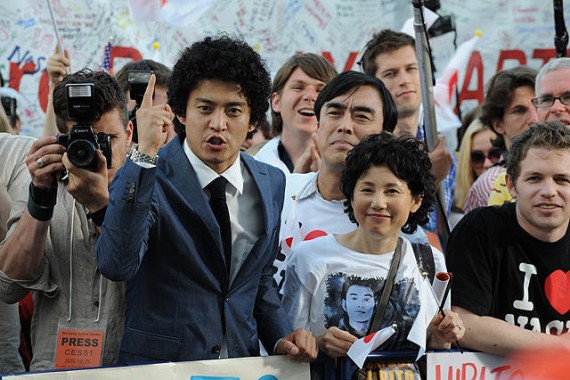 Overall:
Space Brothers is a film that whilst obviously unrealistic and fantastical in nature is genuinely touching and honest in it’s portrayal of the love between two brothers that transcends time, space and everything else in between. It may not be the most believable story told, but that doesn’t matter at all because sometimes we need films like Space Brothers. Sometimes we need to be able to just sit back for 2 hours and believe that something magical can happen and that’s what Space Brothers does. This film reminded me of the magic of movies and judging by the audience’s reaction, I wasn’t the only one who felt the magic in the air.