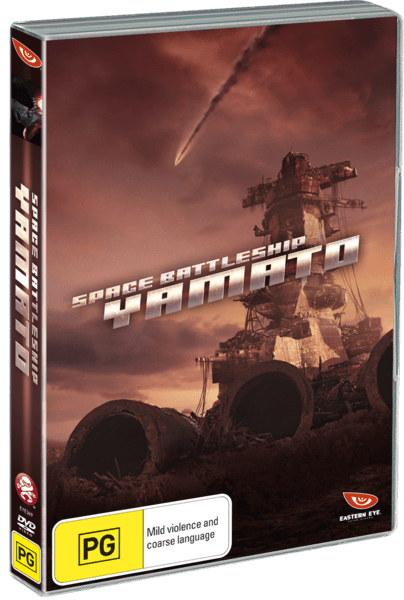 Imagine a movie that is Battlestar Galactica crossed with Star Blazers. This movie that you are now envisioning is Space Battleship Yamato, the Live-Action adaptation of the Anime classic that entertained so many people back in the late 70s and early 80s. The movie is an awesome retelling of the original Space Battleship Yamato story, condensed into an arc that is easily digested in around 2 hours while still retaining the feel of the original work.

Years after the alien race known as Gamilas attacked the Earth and turned it into an irradiated wasteland, humanity receives a gift from the stars. The gift is of schematics for deep-space flight to lead them to a world known as Iscandar which holds a device to cure the Earth of it’s radioactive disease. Humanity quickly assembles a Battleship capable of the journey and a crew to carry the hopes of humanities dream. The dream of a green Earth and the end of the evil Gamilas manace.

Thankfully for Space Battleship Yamato, the storyline doesn’t get enough time to become too convoluted and as a result flows amazingly well as a film. The movie paces at a pleasant rate and doesn’t suffer from many long and awkward moments, or scenes that just drag on for way too long. If anything, some scenes felt a little too short, or that there was some things happening off-screen that were never delved into. 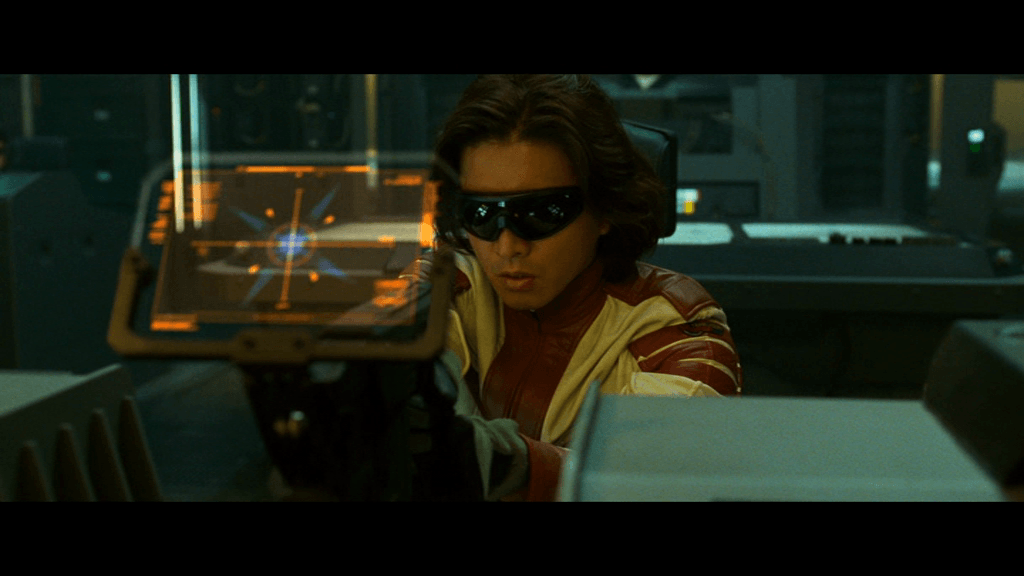 For example, the main character and his love interest are shown as completely against each other at the start, and throughout the film they remain pretty against each other until they’re suddenly liking each other and very close. Moreso with the off-camera stuff, it is apparent that the crew has been bonding over what is most-likely a very long voyage, but due to the length of the film, a lot of these moments seem to be missing which causes you to not care as much about the cast as the film would like. It’s not that they don’t have their share of emotional moments, it’s just that I would like to have some of the supporting cast expanded a little more; rather than having their backstory handed to you in chatter.

Fortunately, these are very minor gripes and are supersceeded (in a good way) by the more superior aspects of the film. These aspects are the journey that the characters take throughout the film, as well as the personal journey by the main character, Kodai. At the start of the film, we see Kodai starting out as a near delinquent, or a regular hot-head who seems to be in it for nobody but himself – but by the end of the film, he has transitioned into a fine leader and role model for the rest of the crew.

It is these kinds of stories that are the most memorable and it is one of the best reasons for picking up this film. The movie has an excellent story which I would advise as many people to see as soon as possible.

Space Battleship Yamato has some pretty epic visuals that help to accurately portray what it is that is happening in a scene, from both an action standpoint and a story one. Some of the best visuals in this film aren’t from the CGI, but are actually from the costume and set designs. That isn’t to say that the film suffers from poor computer imaging, that couldn’t be further from the truth, but it didn’t have the same resonance with me that the amazing costume-work and set-pieces had. 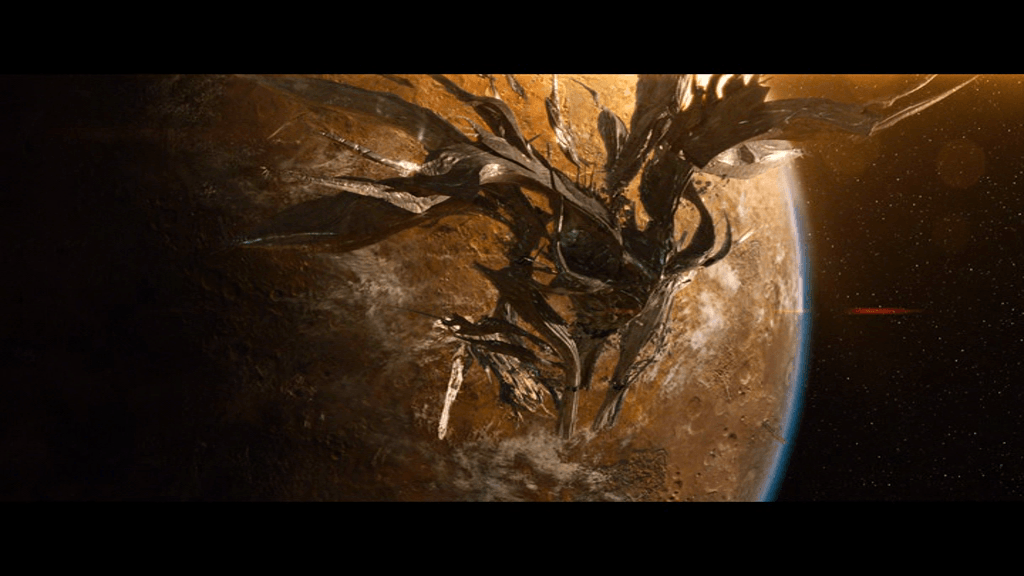 The sets and costumes felt very Battlestar Galactica, while keeping the major aspects of the original material and this creates a very comfortable, yet pleasing, visual style for the film. In fact, this is one of my most favourite aspects of the film. I just can not dump enough praise on who ever did the design work and settled on the sets of this film, they did an excellent job and should be congratulated by everyone that sees this film.

One of the best aspects of this film outside of costumes and sets are the combat scenes. These scenes take place in outer space and on the surface of planets. The space battles have a very Anime feel to them, but with a mixture of Battlestar Galactica style visuals (I know I keep referencing BSG, but honestly, I feel like the producers were referencing it themselves). However, on the ground, the combat turns into a more Starship Troopers like visuals, which gives it this close-up grittiness that further impacts positively on the scenes within the movie. 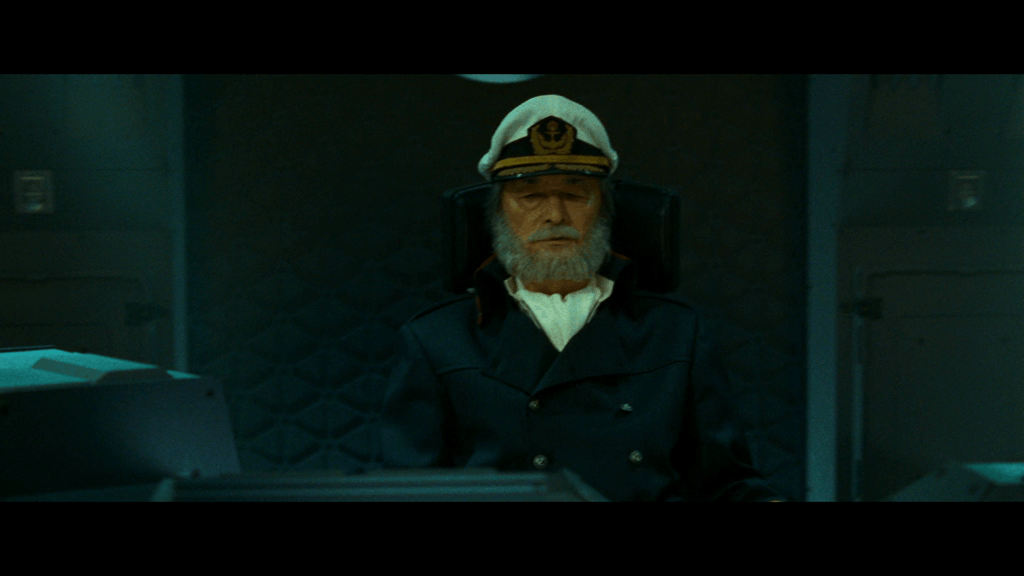 All of the CGI monsters, spacecraft and other unmentioned things in the film look near realistic and help convey a feel of realism towards the viewer. The animations in this film put the CGI work of Final Fantasy VII Advent Children to shame in its ability to create a believable enemy without looking overly fake. This really helped in making one of the most intense battles of the film seem that much more thrilling and it was a definite treat to behold.

Coming with 5.1ch Dolby audio, Space Battleship Yamato has an amazing audio array that puts you into the center of the action. Fortunately, unlike most films that have surround support, the audio is never too soft to be heard over the music and the voices are never at a level much lower than the surrounding events.

The film comes equipped with only the Japanese audio track, which might turn some people off the film. But honestly, I quite like watching films in their native tongue and reading subtitles – it’s not like Anime where you can synch lip-flaps to words, having an English dub would look tacky on such a serious film. 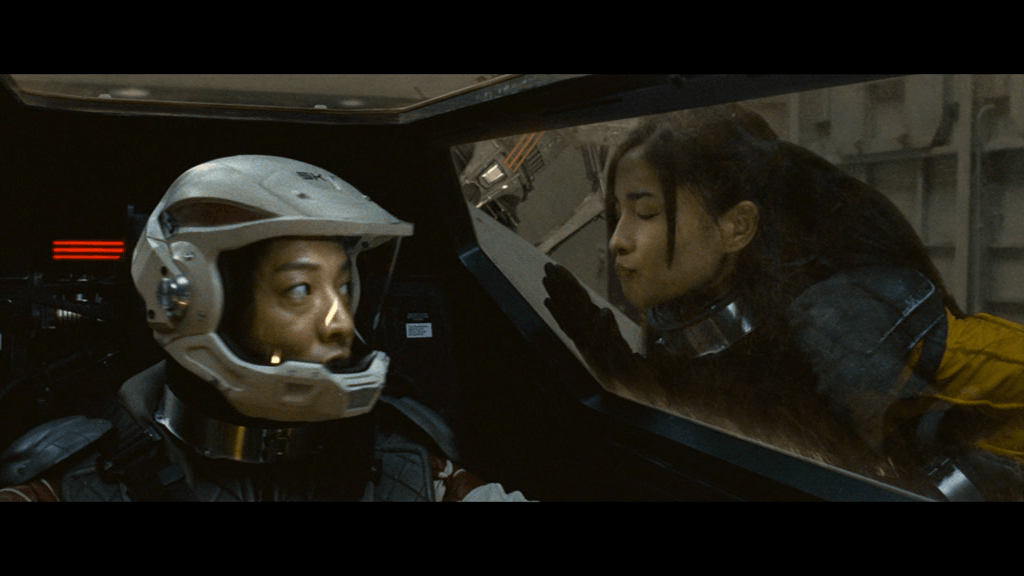 The movie is filled with amazing sound effects, meaningful dialogue (that is well acted!) and an impressive score, I absolutely adore this movie in reference to the audio.

The DvD is packaged with a few Special Features which add some great value to the movies overall package. These features include Visual Effect featurette (which delves into the before and after shots in the movie), Pre-visualisation video (which shows a scene and has a PiP of the visual effects), VFX Scale footage (which shows off a bunch real-world locations and sizes up Yamato in the movie against them), 360degree gallery of various vehicles found in the film, theatrical trailers of the film and trailers of Madman anime. 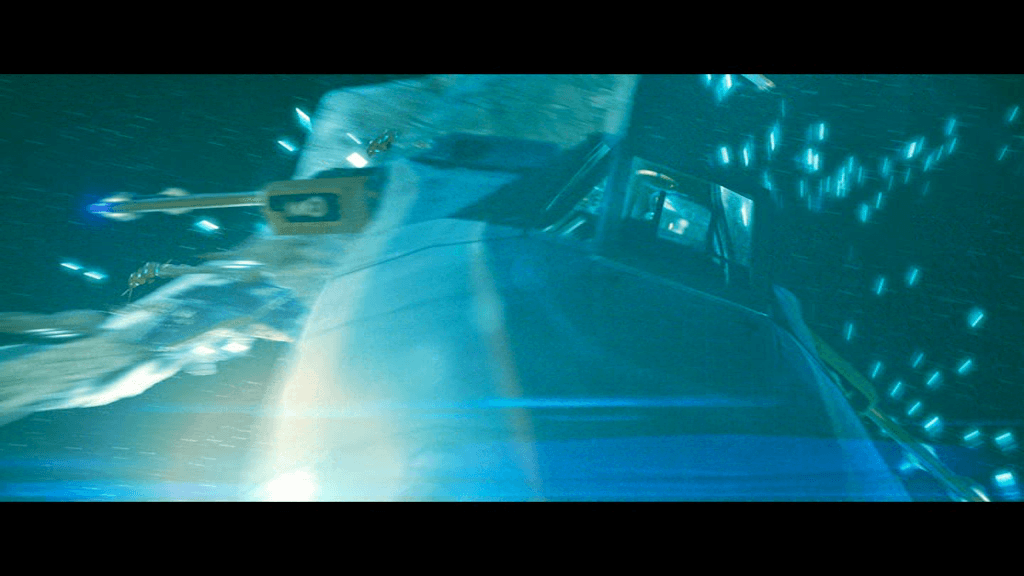 The special features are very interesting to watch and I, in particular, *really* enjoyed the scale footage. The Yamato is MASSIVE!

Space Battleship Yamato is an amazing film that is well worth a purchase, even if you’re not at all interested in foreign films. It tells an excellent story and has an awesome sci-fi concept that all fans of the genre can enjoy.