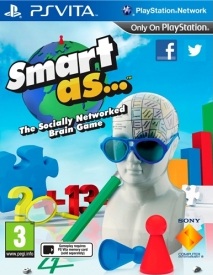 Overview
Ah brain training games. Nintendo arguably started the great educational handheld party with Dr Kawashima’s brain training on the Nintendo DS, following it up with various mind enhancing titles. Sony have decided to step into the brainbox ring with Smart as… a Vita exclusive that aims to fill the same niche filled by Nintendo’s various titles.

It’s not a typical game and no one with any knowledge of the industry should be expecting such. So judging Smart as… as something other than a game, how does it fare?

Happily the Vita and XDev Studios make a good pairing for this kind of game. Where the DS has a single touch screen, the Vita has two and a gyroscope to boot, and manages to throw in camera usage for some VR games and decent internet integration to let you broadcast your smarts (or lack of) to the rest of the world via Facebook and Twitter.

Gameplay
Right, brain training. This niche genre is something that so called hard core gamers can easily dismiss as worthless, but let’s face it – these things can shift units. Now I doubt that many people are going to invest in a Vita over Smart as…,  as sadly the initial enthusiasm for this kind of game has waned, but does it top Nintendo’s handheld efforts such as Dr Kawashima’s Brain Training? Easily. 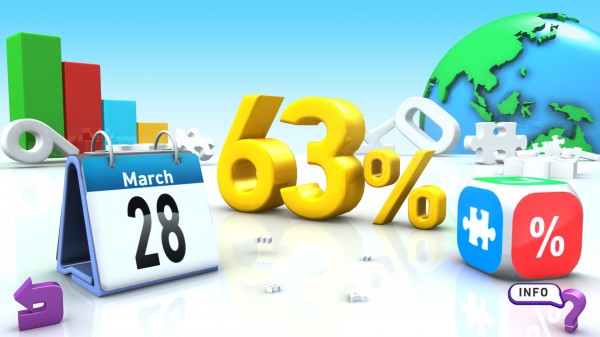 Smart as… is sleek, taking advantage of the Unreal Engine to provide a crisp and well thought out experience that never once misses a step in it’s delivery. It’s simple, something to be played every day in half hour bursts, perfect for short commutes and thus ideal for the Vita. The games provide intriguing little twists on generic puzzles, and John Cleese pops along for a bit of narration. Why British comedians of a certain vintage are Sony’s preferred narrators is beyond me, but for amusements sake can we have Rowan Atkinson narrating a Bastion style RPG next?

That aside the Smart as… set up is very similar to other brain training games. Players fill out a few rudimentary details such as sex, age and location, and then begin a daily regimen of neuron enhancing mind games. There are four categories on offer here – logic, arithmetic, language and observation – neatly represented by four lobes of the brain.

As well as the daily testing – monitored by a home screen hogging percentage and a wealth of other statistics – there is a free play mode for some more frivolous mind boggling when you want to pick and choose your own games. The touch controls are integral to the game, and work accurately about 95% of the time. Letter and number recognition is strong, with only a few wobbles that will on occasion spoil a game. The gyroscope comes into play for rolling cubes into place, and the front and rear touch screens provide an extra level of trickiness too. Surprisingly there isn’t a single game that stands out as a dud, a rare thing for mini game collections.

Only a handful of the games are available when you first boot up the game, but as you complete your daily training there’s a steady drip feed of new ones to keep up interest levels. As well as the different games, each of those comes in four difficulties, ranging from easy to genius level. Each level has a three star ranking system, with the next step up only unlocked when you three star the previous one. Mathematics based games will get tougher by throwing in decimals, percentages and bigger numbers to man handle, a pattern that is repeated throughout the other three categories – longer words, more complex logic puzzles and trickier things to remember.

Not being able to get straight to the harder puzzles may cause some frustration with overly simple games, but happily the difficulty levels are very distinct from each other and foster a feeling of genuine progression.

The more social side of the Vita is utilised to good effect too. Although it lacks any sort of direct multiplayer, Smart as… integrates a wealth of statistics and high scores via the PlayStation Network and Near. Your performance is ranked from friend to hometown to country level, with assorted league tables to spot the smartest country and even continent in the world.  Set a particularly good score on a game in free play and you can create a Near challenge so that others can try to best your efforts.  Daily training results can also be posted with ease to Facebook and Twitter, so at least if there is no direct battle of the brains you can create a bit of competition amongst your online friends. The only issue with this wealth of statistics is that the rankings feel a little bit skewed because they only look at one days result, so if you’re a genius on Tuesday it doesn’t matter on Wednesday. A small point, but a niggling one. 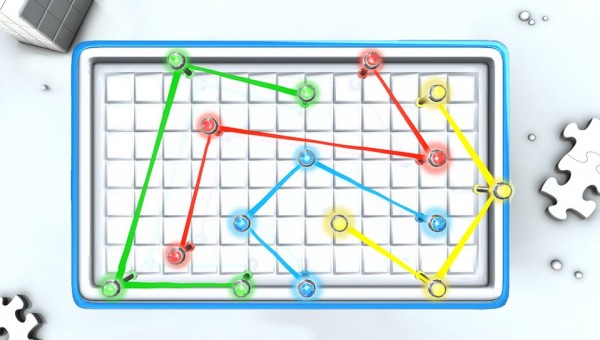 Whilst there are still new games to unlock you’ll easily keep Smart as… in daily rotation, but whether or not it will stay there when everything has been revealed is more down to personal preference. What it provides is very well done and the games are all solid efforts, so if this genre is your thing then certainly give it a chance.

Audio & Visual
Smart as… keeps it simple yet slick in the style stakes. Backed up by a decent engine and the Vita’s hardware, the animations are smooth, bright and dynamic, crucially never getting in the way of gameplay. It goes in for a bit of a board game feel, and John Cleese’s narrative quips aid the light hearted atmosphere. Including acted sound clips always runs the risk of them becoming irritating by repetition, but Smart as… toes the line quite neatly, keeping the one liners skippable and the music inoffensive. Indeed Cleese’s clips add a lovely bit of atmosphere to the game, giving it an edge over the rather straight laced and dry brain training games in the Dr Kawashima style.  The ever present game piece reminds me of playing ludo as a kid, and the Vita’s power gives everything a very refined sheen.

Overall
Smart as is a reason to pick up your Vita every day. Sure it may only be for half an hour, but that time will be well spent picking your way through some great little mini games. It’s pleasant, low on load times and high on portability, and whilst it’s not exactly what your average gamer would admit to enjoying, it does provide a nice bunch of trophies to soothe that hurt hard core pride.  The price tag is a little bit on the steep side for what could be considered a highly polished app, but wallets aside Smart as… is a sensible pick. The intrigue may fade after the initial discovery period, but if you enjoy your brain training  the difficulty levels should keep you coming back for more.