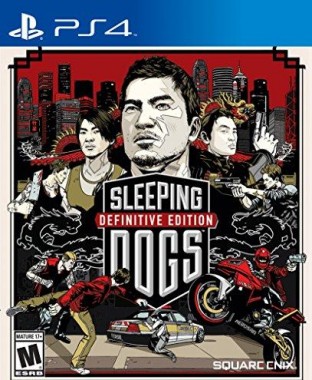 Overview
Sleeping Dogs was a true surprise when it launched in 2012, bringing with it an unforgettable open-world experience. Two years since, and we are ankle-deep in a new generation of games that haven’t yet stood out or made an impact yet. That as in issue isn’t really a problem, as due to it being so early, many companies are feeding their fans seconds with “complete” versions of hits from the last generation. Sleeping Dogs: Definitive Edition has arrived in style, and wants to be a console owner’s “just because” purchase, as it offers a great value with all DLC included – along with upgraded visuals. The question is, is Sleeping Dogs worthy of this upgrade, or is it yet another questionable release for a generation starving for something to play? Let’s find out.

Story
Sleeping Dogs stars a main protagonist by the name of Wei Shen and is set in Hong Kong. Shen is a highly skilled former cop, trying to prove himself to amongst several gang leaders, while still trying to keep the integrity that his badge holds. Sure, we have seen this same storyline in countless movies and even a few video games, but that really isn’t a problem as while the story is a bit dried up, the rich characters and dialogue make this little plot very enjoyable from beginning to end. As Wei Shen progresses on his mission, morality comes into play that could cost him everything, so the player gets to watch his struggle as backstabbing friends and dirty cops try to sway our lead into a path of darkness. 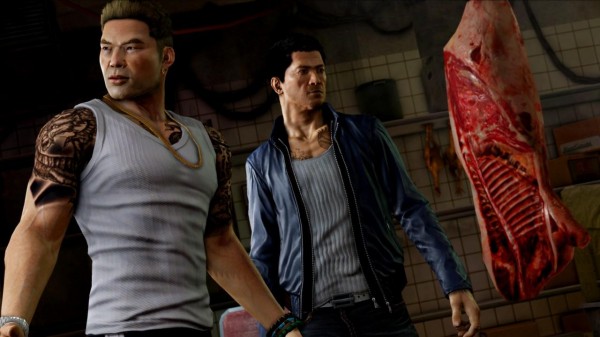 Being a mission based game much like Grand Theft Auto, I expected to find moments of boredom during my time cruising the streets of China, but alas, I actually bypassed a good number of fodder quests just to get back to the main storyline. Its easy to get immersed in this work that United Front created two years ago, and while I wouldn’t expect to see a lot of age, I can say the strength of the writing has still stood the small test of time, making progression rewarding and entertaining. Even the random NPCs tell a small story of their own, performing odd jobs such as mascots and vendors who are just trying to get ahead amongst a tough financial climate. Sure, there are a couple of dull moments, but it isn’t hard at all to quickly find something to invest in within this large city booming with a new culture to explore.

Gameplay
I would be elated to say that the combat, driving, and other mechanics have brand new upgrades to incorporate the Playstation 4’s touchpad or the Xbox One’s other features, but this this Definitive Edition is just that, and does nothing to redefine or even polish the original experience. That is not a bad thing at all though, as Sleeping Dogs was and still is an already brilliantly polished title, featuring a unique, tight combat system in a limited- but still open world. Instead of gunplay – which is sparse in these Hong Kong streets, Wei Shen must rely on melee combat such as fierce punches and kicks, with plenty of martial arts flavoring added in. There is a bit of an RPG element as well, as players can upgrade their maneuvers as they play, adding more to keep this combat from becoming stale. Sure, it isn’t too advanced, but its simple and effective at keeping the game fresh throughout. 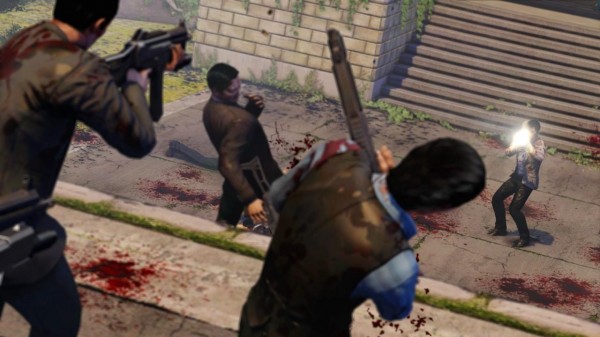 The combat doesn’t miss a beat for the most part, as every kick you nail to an opponent’s temple is responsive, and then environment takes it up a notch, allowing the player to interact with the world to devastate foes quickly. There really is no morality system within this title as well, as punching a random civilian usually comes with no repercussions, but abusing the system can have consequences as cops do still respond to too much crime, and will be quick to arrest repetitive wrong-doers with great haste. The driving was one of the most fluid mechanics of Sleeping Dogs, to be honest. When I play GTA, I can easily say that driving feels fine, but the roads are often so cluttered and intrusive that a standard car chase is like solving a puzzle to pull off without failure. Sleeping Dogs however doesn’t really suffer from this issue. Sure, you will ram vehicles unintentionally, but there is less traffic and fauna to run into, making these sequences feel exhilarating and exciting, where you are able to focus on your mission rather than all of the obstacles in-between. 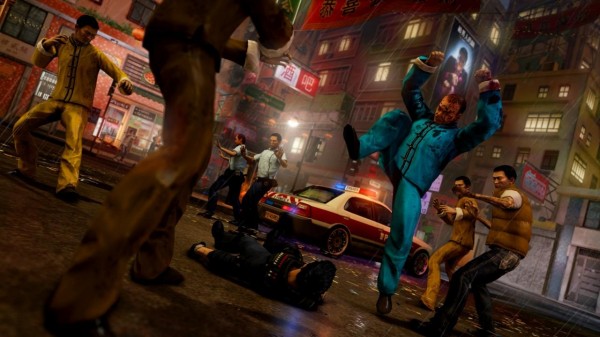 The missions themselves are also varied, with the main story missions offering a broad range of variation of delivery quests, encounters, busts, and so on. Players can also take on a sub-plot that allows Wei Shen to dress up in uniform and save the world if need be, battling against thugs and stopping small crimes on the street. Its hard to find an open-world title that does not re-use the same tricks over and over (Just Cause 2, I am looking at you here), but Sleeping Dogs is a bit different as it has far more focus. Sure, some might do comparisons with other titles in the genre and complain that there isn’t as much to explore within Hong Kong as compared to San Andreas, but there doesn’t really need to be. Sleeping Dogs has a smaller world, but makes the most of it by stitching everything closer together so the player is constantly focused and more importantly – entertained. 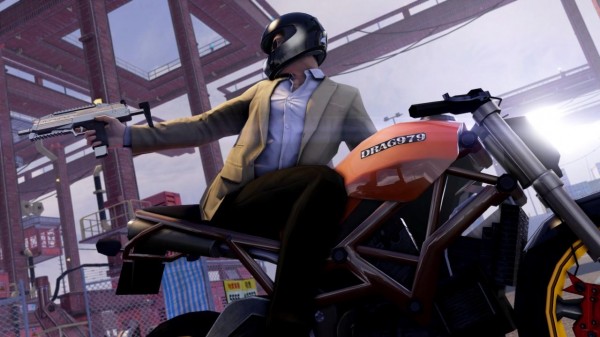 The DLC offerings are also all available, and even though there are over twenty add-ons, most are simply new outfits, cars, and minor additions that don’t really warrant a second look. That said, the two story missions are quite expansive with the likes of Nightmare in North Point offering a horror-themed vampiric arc, and the Zodiac Tournament add-on – which brings an appropriately themed fighting tournament into the mix with a brand new location to check out. There is also “The Year of the Snake” adding six more missions, but these are over quite quickly and if this pack was available separately, I don’t quite think I would pull the trigger. As a whole though, it is great to see the mass amount of content that the original title already had jammed in with the expansions, as it will take most players nearly thirty hours to do everything and try to hit that 100% mark, so re-playability shouldn’t be too much of an issue for those looking to stay in this exotic world.

Visuals
I suppose since this is an upgraded release, I should spend a lot of time speaking of the visuals. That is a bit hard to do. For starters, those who have played Sleeping Dogs will not find too much change. The neon-lit nightlife captures an amazingly open atmosphere, and all of the NPCs fall right into place to make this world come to life and feel busy. There are a few bland textures in some areas, but that is something the original had as well, so nothing will seem too different on that front. As far as what the upgraded graphical engine holds, it really comes down to minor tweaks in lighting, animation, and clothing. Yeah, I know that doesn’t sound like much, but as disappointing as it is, this is a port that feels like a port. Sure, you can tell the difference, but seeing a side-by-side comparison isn’t enough to make one raise an eyebrow as all of the smoothness added comes off as minor and in some places, barely noticeable. What I did notice were animations that were down-right terrible, though. Imagine you just win a fighting against a thuggish boss, and while you are delivering that final blow, he folds up like Elmer Fudd in a Bugs Bunny short. Wei Shin also seems to just drop in awkward positions as well when knocked down, and ragdoll physics run a muck quite often, taking a good bit of realism out of the main experience. 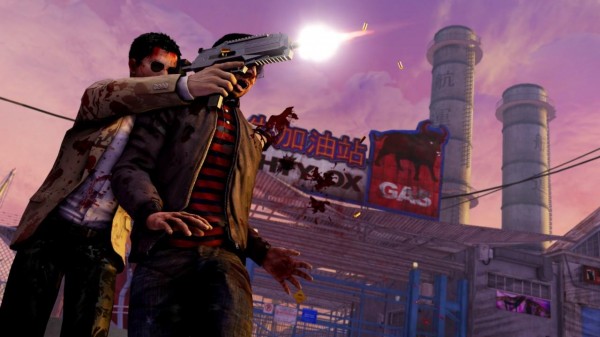 Audio
With an all-star voice cast, I can easily say that the audio is much better than the visuals within Sleeping Dogs. This cast seemed to get it. Each character’s passion comes through in their dialogue, as the voicework makes this story believable and engrossing. The soundtrack is also fantastic as well, with Chinese pop, rock, and so on mixed into every radio station. Sure, it isn’t as varied as a lot of the bigger franchises, but its certainly a nice change of pace from the norm if you have been stuck in Los Santos for hours on end.

Overall
Sleeping Dogs: Definitive Edition isn’t really definitive. While the original may be one of the finest titles of the last generation, I feel that this re-release is simply available for a quick cash-grab off desperate console owners who are waiting for the next big thing. That being said, if you have yet to play Sleeping Dogs and want to dive into a fantastic experience, you are in the right place as no title offers more cultural education than this little gem from just a couple of years ago. I get it – we are going to see a lot of Definitive Editions this generation of older titles due to the lack of backwards compatibility. There are a lot of politics tied up in the industry with these ports and that topic is for a completely different conversation, but when it comes to Sleeping Dogs, I feel like a pass is warranted. New players have a ton of content fresh for the taking within this package, and while it isn’t perfect, you certainly will be getting the right amount of kick, punch, and general bang for your buck here.