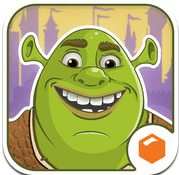 Beeline Interactive’s latest game is Shrek’s Fairytale Kingdom. The game smartly mixes the traditional time based world building type games such as Zynga’s Farmville with the Shrek franchise, great graphics, and strong audio. Beeline attempts to keep the game fresh by allowing players to relive the events of the movies with simple storyline quests and creative mini-games. However, the biggest downfall of Shrek’s Fairytale Kingdom may be the game’s monetization strategy. 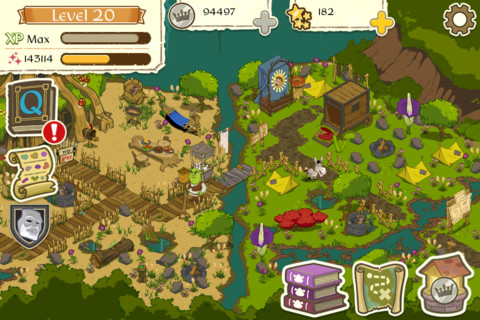 Shrek’s Fairytale Kingdom loosely follows the plot of the Shrek films. Considering the films themselves are great fun for the whole family, and most games like these have zero plot, this is a great thing.

Shrek’s Fairytale Kingdom is not a cookie cutter clone of Farmville like many iOS games that litter the App Store. Shrek’s Fairytale Kingdom takes the general idea of Farmville and removes to farming aspect of the game and instead allows players to build Shrek themed objects that generate money over time. In addition, characters like Shrek and Donkey can be sent out to complete quests for coins and experience.

One of the most irritating things about the questing system is that if the character is left too long after the quest is complete, they become angry and refuse to share the quest rewards with the player unless the player expends several wishes in apology. Magical wishes is the premium currency in the game that can be rarely found during quests. Although the game is designed to be playable with no in-app purchases of extra wishes, the game can be extremely difficult and needy without an ample supply of wishes. As a video gamer, I play games when I have the opportunity to relax and enjoy myself. A game that requires me to spend premium currency unless I take care of a quest within a certain time frame sounds more like work.

It is extremely challenging to create a game that strikes a balance between fun to play and profitable and unfortunately Shrek’s Fairtytale Kingdom misses the balance by a fair distance.  If iOS device owners are planning to give this game to their children, they need to be extremely attentive to the large warning on the description of the game and lock out the in-app purchases. I can easily see an impatient child quickly racking up a large iTunes bill on Shrek’s Fairytale Kingdom. Although I applaud Beeline Interactive for plastering warnings everywhere, the fact of the matter is, a game that is extremely child friendly but hinges on in app purchases to get from point A to point B quickly will risk having a un-tech savvy  parent getting a surprise credit card bill. 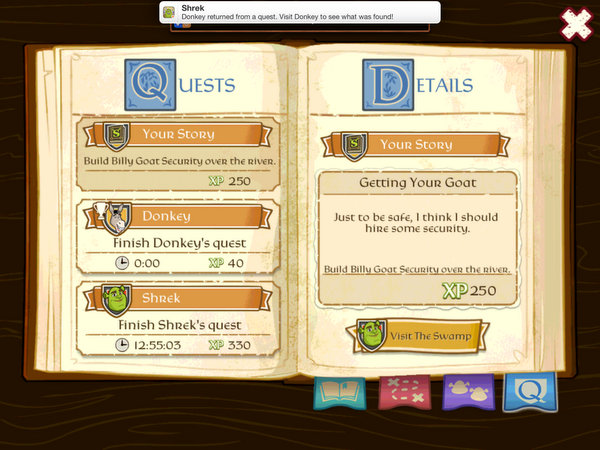 Shrek’s Fairytale Kingdom mixes together great graphics and audio. The game uses an art style that would be right at home in a child’s story book. Many of the films’ famous characters make appearances in the game and the colourful themes of the movies makes an excellent transition to the small screen. The game seems to be optimized for the New iPad’s Retina screen and manages to look great on the iPhone’s small screen. The music fits well with the fairy tale setting and there are plenty of sound effects to keep things fresh. Overall, the presentation of Shrek’s Fairytale Kingdom is top notch. 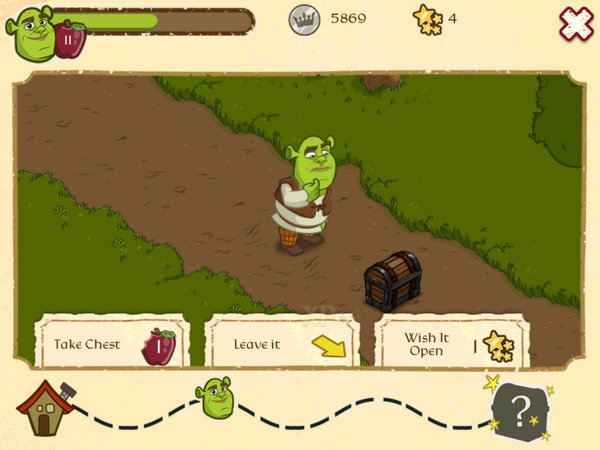 It is unfortunate Beeline Interactive missed the mark on balancing Shrek’s Fairytale Kingdom. The game has a lot of potential for being a lot of fun. The graphics and the audio are great, there are fun mini games, and enough of a twist on the tried and true Farmville formula to create a winner. Unfortunately, the game pushes the premium currency just a bit too much. Reducing the amount of wishes to get something done and removing the need to spend wishes after leaving a character for too long after a quest is a good place to start to steer Shrek’s Fairytale Kingdom back onto the right path.