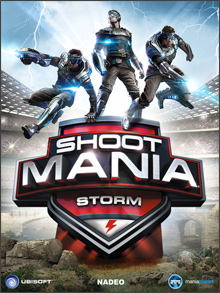 Shootmania Storm is the latest game in the Arena Shooter sub-genre of FPS games. It is from the studio Nadeo and takes the concepts from their previous effort, Trackmania, and applies it to the first person genre. Also, make sure to check out our recording of our livestream from earlier.

Is this the title that will revive a now dead genre? Or will it be another corpse to add to the pile of a once loved era in gaming? Read on and take away from this review what you will.

Unlike most games, Shootmania Storm does not have a story from what I can tell. I have looked through all of the game menus, as well as looking online and looking for some kind of manual (which I can not locate at all in the digital release) so as to be able to be able to find some semblance of a story for this game. Sadly I came back empty handed, but this isn’t really the kind of game that needs a story. 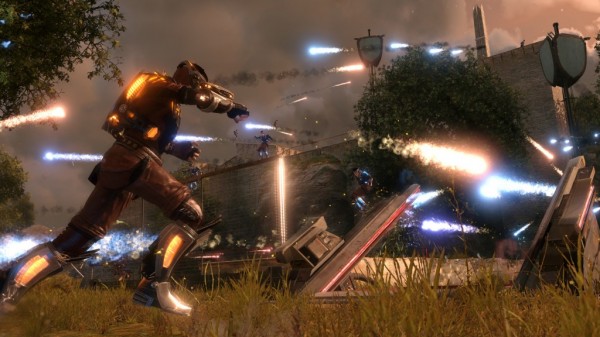 But even so, even other games in the arena shooter genre have had passable storylines in them. Look at Quake 3, that had a storyline involving kidnapped combatants that are forever brought back to life by demons to fight in tournaments. Unreal Tournament had a similar story, but where players were volounteers (or prisoners) fighting in a tournament but were seemingly revived by Respawners upon their deaths.

For Shootmania Storm, I imagine the storyline to be something like this: “In the far future, one portion of humanity lives on some planet with a wicked king for a ruler. He forces his knights to battle in insane tournaments for his own amusement, not even allowing them rest upon their own deaths. They fight to the death, only to return from it to die again.” If anyone knows if there is an actual storyline for this game, where to find it, and if my version was anything close, please let us know in the comments below.

The Shootmania Storm video game is much like the other -Mania games in the -Mania series by Nadeo, in that not only do you get to play the game. But you also get to create portions of the game for other players to enjoy. For instance, in Trackmania, players were able to build tracks for other players to enjoy. In Shootmania, players are able to build maps for different gametypes, which adds a wide amount of variety to the game. Depending on the server, players may never see the same map twice. 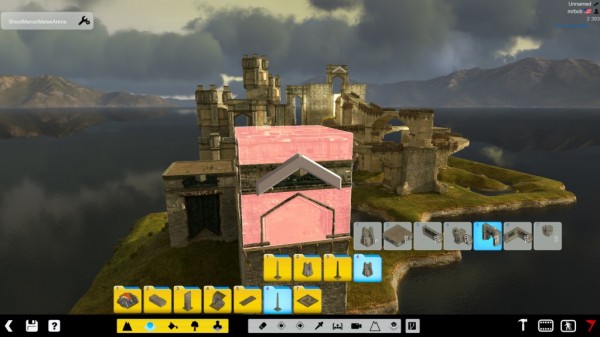 What’s cool about Shootmania Storm is that it takes the already fun Arena Shooter formula and it does something interesting to it. What it does is it changes the ways that the genre is played outside of its core gameplay component (running and gunning). It does this by having players not collect weapons as they go, but rather have their abilities altered by different types of ground panels. For example, say I was running around inside of a bunker. This would alter my player characters weaponry in some way, whereas if I was running around outside and on a footpath, then my secondary ability would be altered into a sprinting ability, rather than a jumping one.

While these kinds of variations might seem weird or pointless at first, while you’re out on the field, it makes a world of difference on your effectiveness. Paying attention to where you’re standing and where you’re heading is important in Shootmania. What makes this even better is that with all the map variations, you have to learn the map on the fly. Being a slow learner may be a fatal risk to your score. 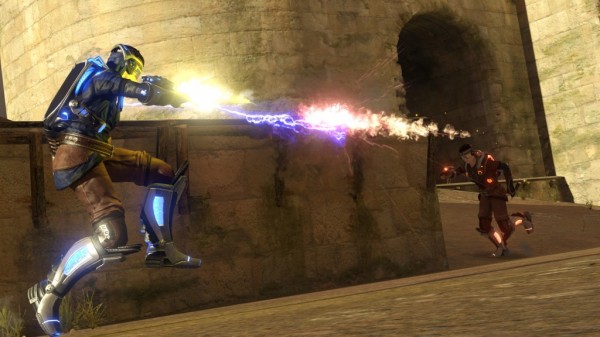 While each gametype has different objectives in each, the core principles of the game remain. In each gametype there is usually some kind of objective that the players must work to achieve, usually done by capturing some kind of flagpole. In Storm, for example, players must battle to a centralised pole where a player can capture it to stop players from respawning and activate an Offzone that shrinks. Anyone caught in the (Tornado) Offzone is eliminated and must wait for the next round to begin.

Out of all of the gametypes, my favourite is a variation on the standard Domination model. This gametype is called Battle and is found in the Shootmania Storm station. What players must do in Battle is capture the opposing teams flags whilst defending their own. What’s interesting about this is that the teams take turns in doing this, even though they’re on the field at the same time. So players have to beat the enemy back for long enough to start capturing and vice-versa.

I could sit here all day and talk about all of the different game modes present in Shootmania Storm, but that would take quite a while. However, it does seem like the community has already begun to favour the Deathmatch gametype over all others as the more team-based and objective based gametypes are all showing up as either empty servers or foreign ones. This one of the things I dislike about the arena shooter community (it’s always been like this). I’d still say grab the game, because it’s actually quite fun and gametypes come up and come down depending on interest, so these more interesting gametypes will see an increase later on down the line like they always do. 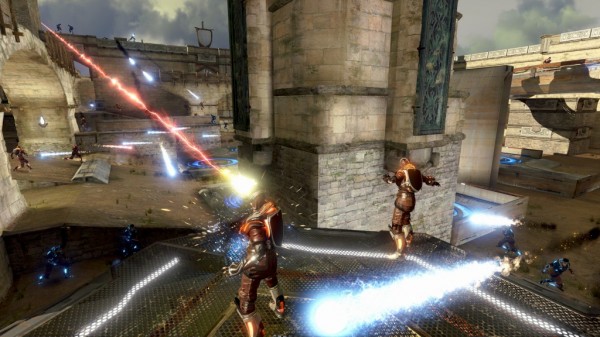 What I mean by this is that Shootmania Storm, while still looking impressive, keeps a more gamey aesthetic to it. When you’re playing Shootmania Storm, you’re not reminded of the horrors of war at every turn. You’re not mowing down waves of photorealistic terrorists or anything like that. You’re just running around in some busted castle ruins in a stylised and futuristic medieval swordsman attire with an arm cannon and a helmet.

The game does not look dated, but it does not absolutely blow the mind. The player is able to just jump right in and accept the games reality, which is something that a game should be doing visually.

What’s interesting about Shootmania Storm is that it doesn’t have an adrenaline pumping soundtrack that you would normally associate with the Arena Shooter genre. I have to admit that when I was participating in this title, it was a little strange to have a background score that was more reminiscent of a chess match than being in an arena and being tasked with murdering a bunch of players over and over again. 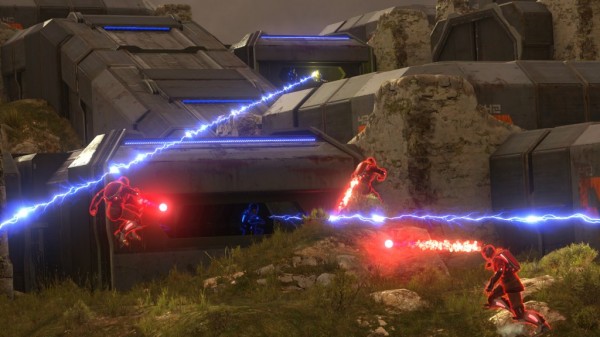 This is not a fault with the game though, as I know a lot of gamers that like to play without music at all because it interferes with their concentration. So instead, why not have an audio track that at least tries to be subtle and something that you can think along with. It’s a strange concept for the genre, but it’s one that works with Shootmania Storm.

Actually, subtlety seems to be a thing with this game in the audio department. Nothing in this game really has any kind oomph to it, rather everything sounds like it came out of a video game studio, rather than out of a microphone attached to the barrel of a tank.

The audio in Shootmania Storm just fits the game so well and while I traditionally prefer my games to be of hardcore variety when it comes to audio, Shootmania Storms just works all over. It’s quite strange when a simplistic arrangement works much more well in comparion to an over the top one.

Shootmania Storm is an incredibly fun game that does almost everything right. Where the issues are in the game are not directly related to the core gameplay experience (not covered, but the UI is pretty bad and sometimes disconnects itself from the master server without telling you) which is where you will be spending the majority of your time. Anyone interested in shooters or having a quick fun game to play with others should definitely be picking up Shootmania Storm.