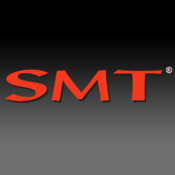 The “Megami Tensei” series has been in circulation for almost 30 years at this point in time and, to this day, it is still kept alive by “Atlus” with countless new game releases sporting a fantastic and addictive gameplay style along with some interesting storylines that no company bar “Atlus” could pull off as well. “Shin Megami Tensei” was first released back in 1992 on the “Super Famicom” game system, since then it has been re-released on several other video game systems including the Nintendo Game Boy Advanced, the Sony PlayStation and most recently on all iOS devices through iTunes. Although not the first “Megami Tensei” title to be released by “Atlus” it seems as though it is one of the more popular ones, it’s a title that fans from all over Japan have had the privileged to immerse themselves in but it never actually made it outside of the land of the rising sun…until now. Thanks to “Atlus” the world  will now be introduced to the original “Shin Megami Tensei” but its release begs the question: In a generation filled with modern “Megami Tensei” titles, can one of the originals still stand its ground? 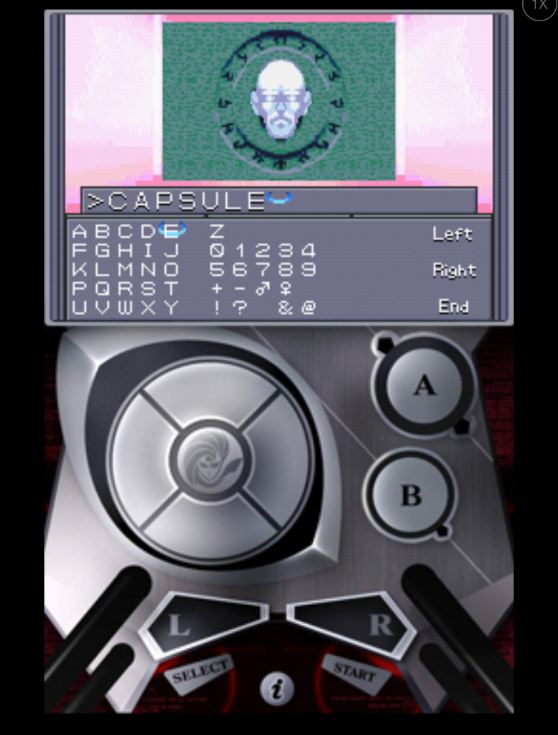 Set in the year 199x, players follow the story of a demonic uprising spurred by a Japanese government official hell-bent on eliminating the world as we know it so as to force existence into a version of “bliss” or “heaven” not yet experienced by man. You play as the “hero”; a young boy with a seemingly normal life that gets turned on his head once he is introduced to the “Demon Summoning System”. This “application” of sorts, once installed on ones mobile phone or electronic device, gives the owner the ability to not only communicate with demon-kind but to recruit them and use them in battle. After some oddly lucid dreams where in which your next door neighbour and two strange figures are being spiritually bound by a mysterious, malevolent force you soon realise this whole “demon uprising” thing may not just be one big dream but instead…your reality.

You eventually find these people in real life and you band together, each of the characters with different motives for teaming up and each of them eventually working autonomously to fulfil their destiny which may just be helping you save the known world. “Shin Megami Tensei” is almost like a “choose your own adventure” novel…almost! As far as games from the early 90’s go; this one seems as though it was well ahead of its time especially when it comes to having to make character choices and those particular choices changing the way the game pans out. It’s also quite interesting to have such an old game host a modern story, one that we’ve seen in more recent “Megami Tensei” titles and one that seems more suited to this generation of gamers rather than the last. Mixing the supernatural with sci-fi elements is always a rough road to travel when developing a story but it looks to me like “Shin Megami Tensei” has mastered all-terrain travel because it barrels over rocky environments like this as if it was nothing. 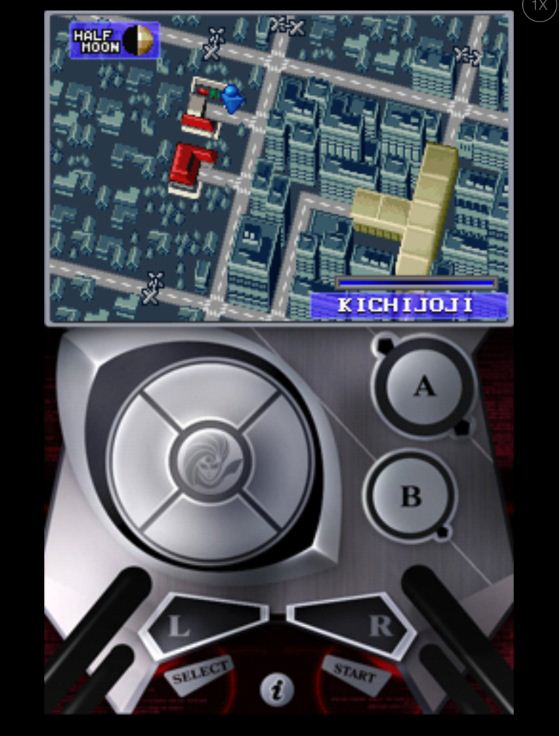 Sitting somewhere in between a dungeon crawler and a traditional RPG, “Shin Megami Tensei” has a somewhat “different” gameplay style that demands a great deal from the player while also delivering a sense of enjoyment and accomplishment that only a well-oiled machine of a game can…though sometimes it proves to be far too much for a gamer like me. Travelling through the overworld is a cake walk, it is probably the easiest thing within this game but the lack of a map or waypoint marker does take its toll on the player after a while of being totally lost. Heading into certain areas will take you into a gameplay style I can only think to label “dungeon crawling”. You’re put in somewhat of a maze, though after a while of taking wrong turns and hitting dead ends you do get a sense of what the layout of it is like, and you’re tasked with simply travelling through it to reach a destination somewhere within.

It is an interesting way to travel through levels but what isn’t interesting is going around in circles time and time again only to go almost insane because it all just seems like an act in futility. There is NO map and no waypoint markers anywhere in this game so, much like in the overworld, you are almost guaranteed to get lost in any new areas you go to and that eats up so much game time. Unfortunately for players who are really trying to enjoy this game (like myself) it proves to be somewhat too hard, not only because getting lost is frustrating but because save points are few and far between so don’t feel like you can easily just save, put the game down, collect yourself and start again another day. Now before I move on, I have to say; I do believe there is an autosave feature within the game THOUGH the player is never told that and there is no indication as to when it is performing an autosave so I deemed it mostly untrustworthy and forced myself into finding a saving terminal before I even though about putting the game down. 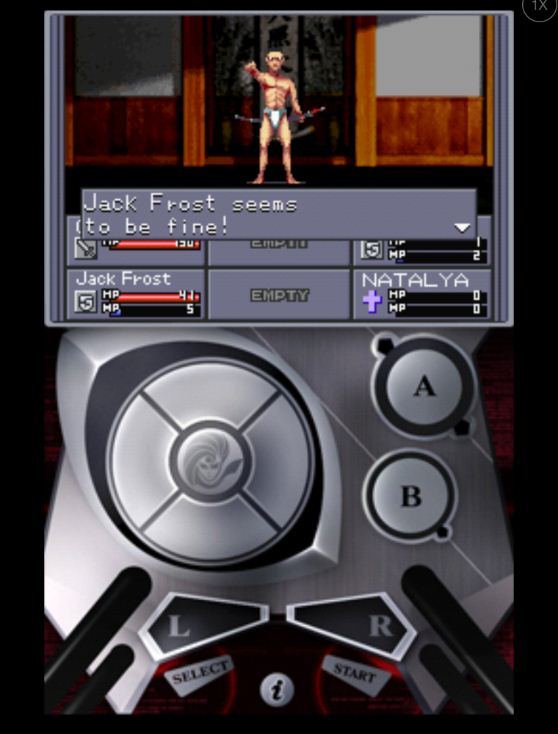 I urge you to do the same lest you want to loose any game data. Battling within “Shin Megami Tensei” comes up simply by walking around, you’ll be thrown randomly into a battle against demons and the system for fighting is actually quite interesting. You can use swords and guns or you could summon a demon to fight for you, those are pretty standard gameplay mechanics but what makes it truly interesting to me is the option to communicate with an enemy demon. Within the communication portion of a battle you choose different things to do to the demon like “smile” or “sheath your weapon”, some demons might be good-natured and react to a smile whereas others may just be bastards and attack you once you’ve sheathed your weapon. The aim of communicating with demons is to ultimately recruit them to your team.

Once recruited they can be thrown into battle alongside you or fused with other demons to make…well, even stronger demons. Look, “Shin Megami Tensei” plays fairly well, I’d even compare it to games like “Earthbound” when it comes to battle sequences and whatnot but it is the lack of a mapping system and the repetition of dungeons that are enough to put a fairly big dampen on a game for someone like me. By the end of my hugely long playthrough (it is safe to say I DID get addicted to the title) I literally could not stand it anymore, I was constantly lost with nowhere to save and barely any life left in my characters to even attempt to stay alive. “Shin Megami Tensei” DOES demand quite a lot from its players so if you’re a hardcore gamer that thinks you’re up to the challenge of being lost and “map-less” then be my guest. 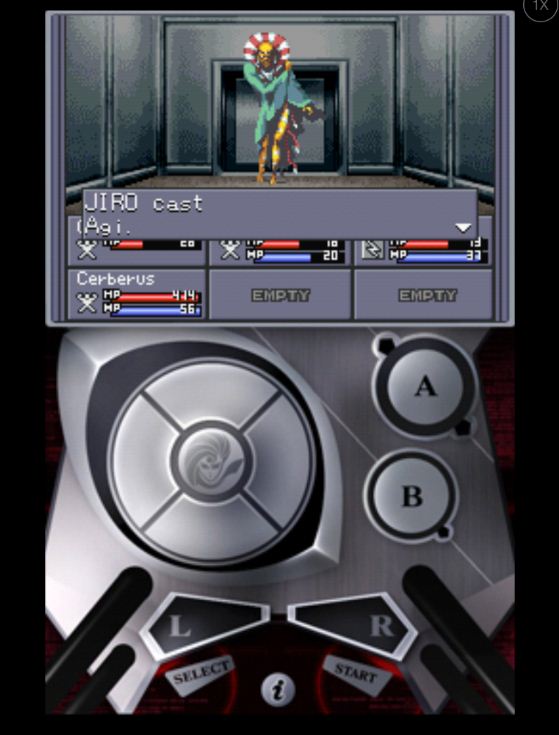 “Shin Megami Tensei” is like a classic car: Yes, it’s seen better days and, as part of this generation, it seems fairly dated BUT it still looks pretty good, enough so as to instil a sense of awe into a player with him/her possibly stating “wow, this looks good for a title made over 20 years ago”. Maybe not in those exact words though. The game sports a 16-bit visual style that is mostly ageless much like a lot of older titles that use pixel art as their main visual focus. Despite a lack of crisp aesthetics, most character and enemy models as well as stand-alone environmental images look fantastic…but, unfortunately, there is a negative aspect to the visuals that ties in horrifically with the gameplay; the dungeons. What added to me continuously getting lost was not only the lack of a map or waypoint marker (I apologise for repeating myself) but the fact that dungeons mostly looked the same.

While each dungeon has its own unique style that sets it apart from others, individual levels are designed literally as mazes! Everything looks the same and it makes it so easy for a player to chase his/her tail for ages upon ages! I throoughly enjoyed the aesthetic style of “Shine Megami Tensei”, even on the iPad despite it being somewhat stretched due to the device, but I couldn’t for a second enjoy the monotonous layout of a typical “Shin Megami Tensei” dungeon. It eventually became far too much for me. On a positive note, going back to character and enemy models, the demons were all beautifully designed! Each of which was based off of a folklore, myth, legend or even religious story. There were zombies, angels, birdmen, anything you could think of and each of them looked great. I enjoyed seeing new demons every now and again, I revelled in the way they looked and was interested to see exactly what the design was based upon. 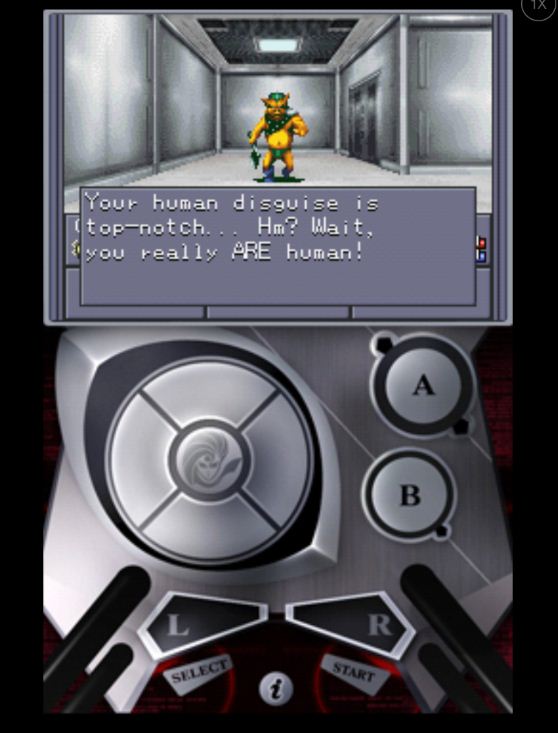 If you’re a fan of chip-tune soundtracks then you’ll be a fan of “Shin Megami Tensei’s”. Being an older game, it has a generally older makeup so the inclusion of an 16-bit soundtrack is only natural. “Shin Megami Tensei” lacks a certain “pizazz” when it comes to its music, it isn’t that it is bad in any way, it is simply that it is “flat”, for lack of a better word. There isn’t a great deal to talk about auditorally when it comes to this game because really there isn’t much in this game to listen to. While the music matches the situations and fluctuates in intensity depending on situations…it’s still a 16-bit soundtrack and, unfortunately, it can’t be any more than that unless you’re looking at it from a strictly nostalgic standpoint which, I suppose, a lot of people interested in purchasing this game will. I can see it s appeal but at the same time I can see why it falls flat. 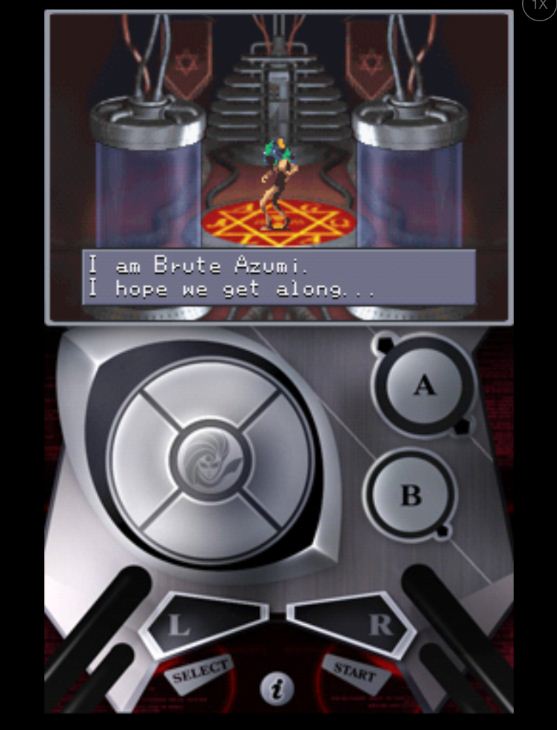 I’ve done my very best to review “Shin Megami Tensei” like a brand-new title rather than comparing it to that of the new generation but something like this simply cannot be overlooked forever. It being one of the very first titles in a series of games STILL being released even in this generation, you cannot look past how dated it is. It was a fantastic idea by “Atlus” to finally release this game for the West and it was a great choice to release it on mobile devices because this would have to be the most perfect way to play such an old title as this but, unfortunately, it just fell flat.

There are so many reasons to play this game, there honestly is; be it for the nostalgic value, the great story or maybe you just want to try out the “Megami Tensei” series and need a cheap way to do so BUT there are some aspects about this game that just don’t hold up in this day and age but people who can overlook that will absolutely love this game. I enjoyed it a great deal but there were certain things I simply could not look past and thoughts of tossing in the towel for “Shin Megami Tensei” and picking up a more recent title like “Shin Megami Tensei: Devil Survivor Overclocked” did constantly cross my mind. If this game did one thing for me it was that it opened up my eyes to the “Megami Tensei” series with the hopes that the newer titles have worked out the kinks of 20 years ago to make an almost perfect series of games.