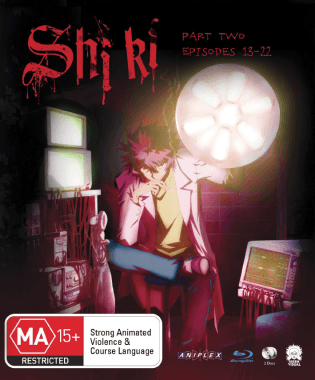 Shiki is a story about Vampires invading a small rural town somewhere in Japan. As the story progresses, more and more of the town either become vampires or are found to be dead. In this half of the series, we watch as the villagers eventually work towards learning the truth and taking on the vampire menace.

Is this worth buying? Read on to find out.

Shiki Part 2 continues the story of the Anime series’ first part. Unfortunately for this half of the series, it really does not hold all that much appeal to me as a viewer. In fact, this package, from a story perspective, does not get interesting until much later. Like, really, a lot later. I’m talking about two and a half hours into the third (first disc in this sets) disc. 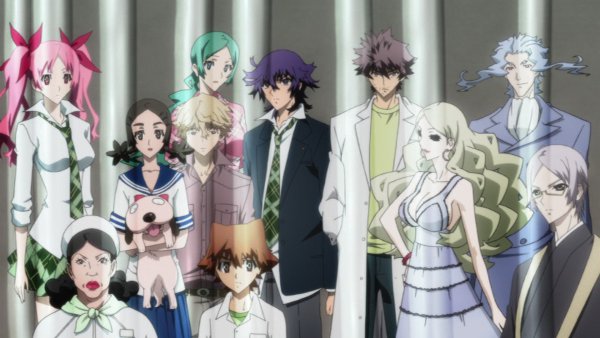 This is really quite unfortunate for the series as by the this time, it is pretty much over. It also doesn’t help that you have to sit through en entire two and a half hours to get to the more interesting content, nor does it help that there is only one more disc after that point. Each disc only goes for 3 hours, so if you picked this up, you’re pretty much wasting half of your entire viewing time before there is any significant progress in the narrative.

In this particular portion of the series we move incredibly slowly towards finding out what exactly this plague/vampirism curse actually is and how to kill those infected with it. This leads us to some scenes showing us sides of characters that we may not have been able to believe had existed previously. This is great for the plot as it shakes things up a little bit, but it does seems strange seeing one particular character being unnaturally cold, and even going so far as to act rather homicidal.

For me, it felt like they’ve stretched this story out too thin, what was accomplished in around three hours could have been done in half the time and it would have actually benefited from doing so. This probably sounds like I have a short attention span, but really, that’s not the case (I don’t think). Maybe there are elements in the story that I’m missing somewhere, or this is written for a different kind of audience? I’m not sure, but for me this was way too long and would have benefited from being shorter. 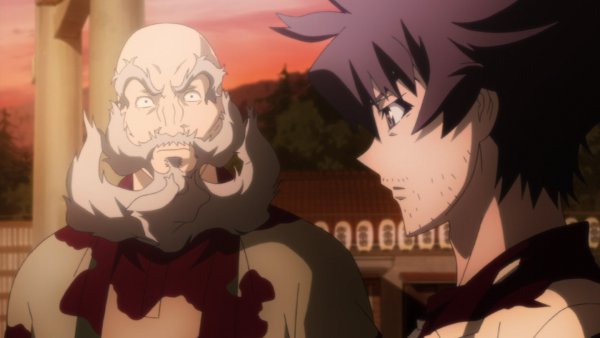 I’d have to say though, that if you’re a massive vampire fan, you should definitely check this out as aside from the incredible length, this is actually incredibly accurate to vampire lore. But really, if you’re not a fan of the genre, you can afford to skip this based on the story alone.

Visually there is nothing really new or exciting in this release in comparison with the first. This is not a bad thing though as having a large discrepancy in visuals is certainly bad for an anime series to have. Fortunately the fidelity is about on par with the first half of the series, so that’s a good sign.

What I didn’t like about the series’ visuals was that it appeared to be moving too slow in some places. It’s hard to explain, nothing was wrong with it from an animation perspective, it’s not like it was cut wrong or anything, it’s just there seemed to be too much of an unnatural timer between movements of characters. This plague also follows the audio as well, but I’ll touch on that in the next section. 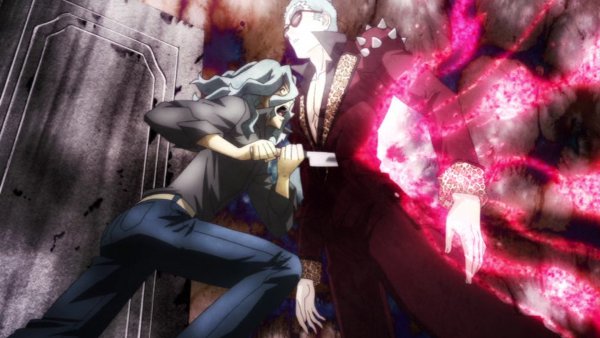 One of the things I’ll comment on here is on some of the character designs. In particular the hairstyles of some characters. It’s almost as if the artist decided to draw random lines of the heads of characters and then call it hair. There is one woman in the series with what looks like the most randomly drawn hair that you’ll ever see in your entire lifetime. Also, it’s green.

One thing that bugs me with some of the visual elements in this show is that they are inconsistent between characters. For instance, some vampires have massive pupil only eyes while others have red-rings as an iris. Even further, some vampires (particularly the gene-somethings, daywalkers) have the eyes they had as a normal human. Consistency guys, please.

The Blu-Ray version of this series is clearly superior visually. It is crystal clear at full-screen on a 1080p monitor and even more clear when you watch it windowed. If you’re going to spend money on this series, spend it on the Blu-Ray version. HD Anime is the way Anime should be seen. 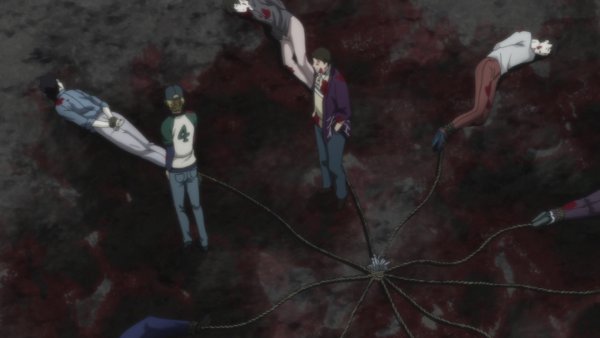 Much like the first half of the series audio, Shiki Part 2 is nothing impressive, nor is it unimpressive. The dialogue is pretty much there and it feels like the cast did absolutely the bare minimum to attain quality.

What really irked me with the Audio though, was that it was often as disjointed as some of the animation was. Listening to some of the cast converse is like reading over someones shoulder, only to have them take an entire 20 seconds to change a page. I’m going to write a Shiki conversation now.

“Hi there. >Pause< What is it that you’re doing here.”

“I am pulling this cart. >pause< Would you like to pull on my cart too?” 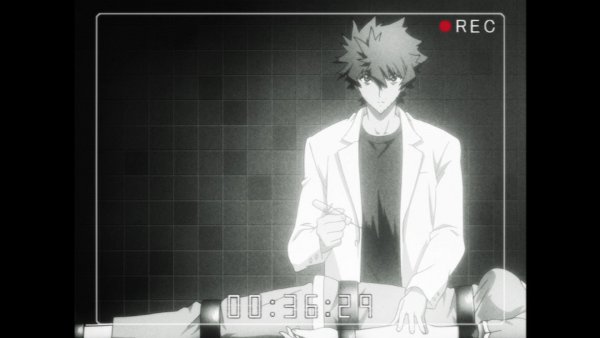 I don’t quite remember if the first half had this problem, but it’s very dull having to wait for dialogue. It’s like the target audience is a bunch of 12 year olds with a blood fetish or something. Though, judging by the rating, this can’t be the case.

The best part about this second part of the series is the new opening and ending themes. These are awesome and I quite like them. They’re better choices than the ones played in the first half.

Shiki Part 2 has Extras! This is great! By searching through the discs, I found episode commentaries! There are also trailers before you get to the discs menu as well. So yeah, the extras are a nice addition and the commentary is pretty interesting to listen to.

The second disc has many more extras, such as preview featurettes, commentary, textless themes and trailers. If you’re hunting for the extras, be sure to check the second disc.

Overall I’d say that Shiki Part 2 would only really appeal to hardcore vampire fanatics and those already invested in the first half of the series. If you’ve already watched some of Shiki and determined that it was not for you, then there is no reason to pick this half up, there is nothing to persuade you to come back. However, if you liked the first half, then definitely give this a go.