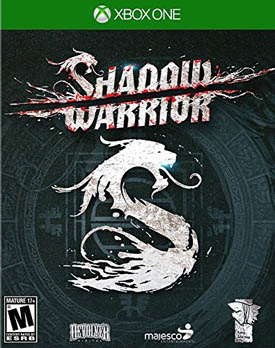 Flying Wild Hog are no strangers to the FPS genre and last year they brought one of 3D Realm’s old classics; Shadow Warrior back to life with a new coat of paint, and we really enjoyed our time with it. Well now all of the politically incorrect humor, demons and first person swordplay has made its way to consoles. While it isn’t a perfect game, it is a great throwback to a bygone era of gaming that we seldom see these days.

Players take on the role of Lo Wang, a modern-day “shogun” working for Zilla Enterprises. Wang is an over the top, comic book collecting, utter jerk of a character who doesn’t even try to endear himself to those around him (or the player for that matter).

The plot of Shadow Warrior feels very much like it was lifted straight from a 1980s B-movie and features rival corporations, demons and a magical sword; The Nobisura Kage. Wang is joined by a wise-cracking demon Hoji, who is seeking the sword and grants him with a series of mystical powers to help him on his journey.

While the plot is pretty lackluster, the writing was surprisingly refreshing and fun. Wang’s “I don’t give a shit,” attitude to everything leads to some genuinely funny moments, and the fact that the game isn’t at all apologetic about its almost racist humor helps it stand apart from many other games who may not be brave (or stupid, depending on how you look at it) enough to toe the line with this style of humor. Although the humor and racial stereotypes are definitely toned down from the original 90s game. 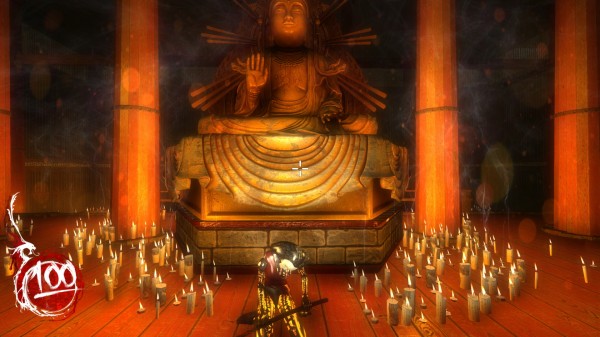 Shadow Warrior is, putting it simply an old-school style FPS. Faster paced and a little harder than many gamers would have seen in some time. For those of you expecting to just pick up the game and play “Call of Duty with a sword,” will be in for a real shock. The first thing that I really noticed (and loved) was that your health doesn’t regenerate, relying the player on the old fashioned health packs to replenish their HP. This turns your health into a valuable, and limited resource so you can’t just go in guns blazing and then hide until your health bar replenishes. Careful shots and strategy is definitely important here. The controls feel really good on console and the only issue I had with my playthrough was getting used to the over-sensitive look/aim controls. These can be toned down in the settings but even at their lowest it felt like I was moving way too fast.

Another major departure from newer games is the fact that there is no effective way to zoom. Holding down the fire button half way allows you to look down the sights of your gun and while it is definitely a useful tool, it doesn’t provide any cross-hairs or much of a zoom at all. There are a tonne of different weapons available to the player, and each offers its own strengths and weaknesses. 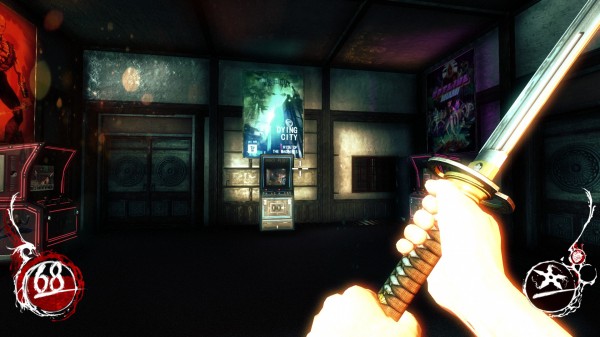 While gunplay is a valuable part of the Shadow Warrior experience, the game is centered strongly around the katana. slashing, comboing and slicing enemy limbs clean off their body make up the core gameplay. Despite the katana’s versatility it is important for players to balance using it with the guns in the game and to know when each weapon is most viable. The katana really helps Shadow Warrior feel different from other FPS titles.

The last, vital part of the Shadow Warrior gameplay is the ability to cast spells. Once you have progressed far enough into the story that you join up with Hoji, you are given the chance to unlock a few spells (with more becoming unlocked as you go through the game). These spells do a variety of things but are almost always combat centred. That it is why it is a little annoying that you have to stop what you’re doing and perform a Street Fighter-esq combo just to charge up your attack strength. The fact that Shadow Warrior wants you to be always moving and avoiding damage makes it cointer-intuitive to stop in your tracks for a temporary buff or one-off attack.

I should also mention that the console release of Shadow Warrior includes all the previous Limited Edition content as well as all the DLC and expansion packs from the PC release. That means you can just charge your way through the game’s arena mode (basically, horde mode) and special guest weapons like the sledgehammer from Serious Sam 3. 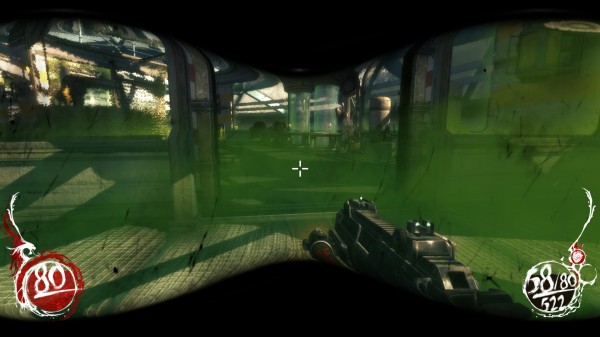 I was pleasantly surprised with how Shadow Warrior looks. I was expecting a game that barely deserved to be on the next-gen consoles, but instead I got a really nice looking title. FPS games are usually filled with drab greys and browns, so the brightly coloured backdrops in Shadow Warrior are a nice change of pace. You can really feel the inspiration of Kill Bill and older popcorn samurai flicks on the landscape and the enemy selection throughout the game.

Wang’s katana, can do some seriously gnarly things to enemies – including a LOT of decapitating. Arms, Legs and heads are removed from their bodies as you swing around your blade, and the act also causes the walls and floor to be coated in blood. The game almost borders on Tarantino-style over the top violence and it really works for the tone and setting.

The Audio work is just as pronounced and the voice actors do a terrific job, even if their Asian accents are enough to make you stop and wonder if they are parodying Asian film dubs. While most games will reuse dialogue over and over again, Wang seemed to have a different, snappy comeback for each situation in the game. 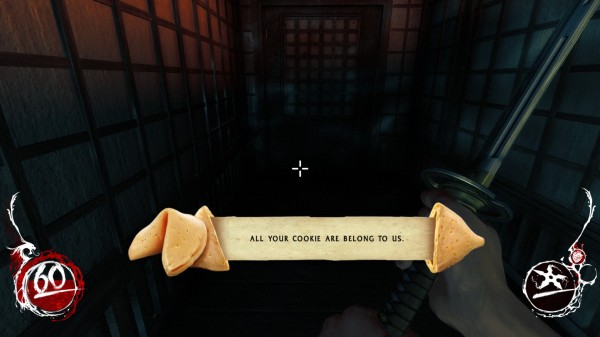 I don’t normally play FPS games, and I didn’t really grow up with Shadow Warrior (Duke Nukem was more my style) but I actually had a lot of fun with this new version of an old classic. The throwback to old kung-fu flicks, mixed with a dash of Tarantino really made for an enjoyable albeit short experience. The gameplay itself feels like a love letter to a bygone era of gaming and Flying Wild Hog have done a great job resurrecting a franchise that was long since thought dead.