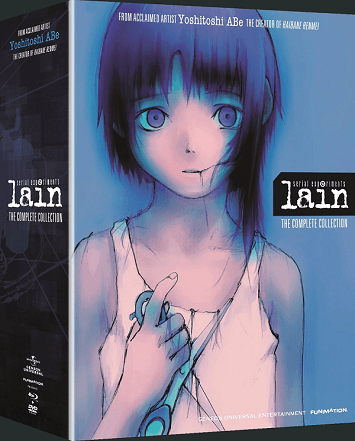 Overview:
Before getting back together to make the series Texhnolyze, reviewed HERE, writer Chiaki Konaka, producer Yasuyuki Ueda, and character designer Yoshitoshi ABe had their first collaboration with the anime Serial Experiments Lain.  While their later collaboration would be a dystopian future, Serial Experiments Lain takes place in modern day.  Being the series that lead to later collaborations, what is there to expect from this anime, besides the experimental style that seems to be this groups forte.

Story:
What happens when the barrier between the real world and the digital or Wired world begins to blur and disappear?  Is it a good thing as people are free to truly live how they wish in either world or a bad thing for pretty much the same reason?  The idea behind Serial Experiments Lain is that this line is blurring in ways people aren’t expecting as the show starts out with characters receiving emails from a classmate.  Only problem is that the classmate is dead. 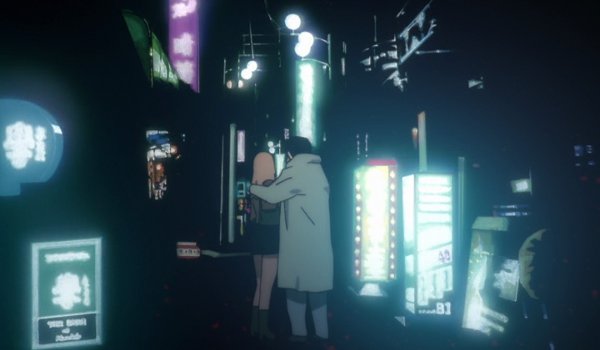 The show follows Lain a simple little girl that only really gets the basics of technology, i.e. she barely reads email.  To the point that even though she received an email from this classmate, she didn’t know about it until other classmates were fretting over their own.  This phenomenon though is all it took to get Lain hooked and set on a drive to know more and more about the Wired world and upgrade her computer more and more to access it better.

The main story of Serial Experiments Lain is dark and deep, exploring identity and how people choose to communicate with each other.  While starting out to seem a little bit like an after school special about the dangers of burying yourself into the internet, the way the story progresses is extraordinarily done.  Lain moves from almost a social outcast, to fitting better into the group, to outside of it from losing herself in the Wired world.  Then stuff starts getting crazy, as the show doesn’t become about dangers of internet at all, but a dark mystery of just what is going on in the real world and the Wired as Lain becomes famous for things shes never done. 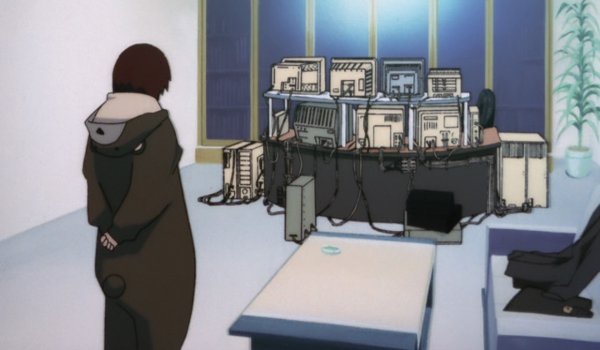 While it is a little confusing at times, that’s exactly other the story is supposed to be as the viewer is trying to figure out alongside Lain whether there is someone else pretending to be her or she’s just going crazy.  Two of the episodes are even more unique with their storytelling, as they dump information on the viewer just like it would be like accessing it as data.  Transitioning drastically from background information to the story or recapping with a series of clips as if fast-forwarding through the story.

With a story like this, Serial Experiments Lain isn’t for everyone because, while the story itself is interesting and deep, the execution is something that will confuse some, probably to a point of unwatchability.  Fans of experimental or surreal anime shouldn’t have any problem though, in fact this is probably one they’ll enjoy a hell of a lot.

Visuals:
As the story is pretty surreal, the visuals of the anime are as well, which actually helps it age better.  While a lot of the color is often washed out there is also a lot of layering in terms of giving depths, such as the patterns of red within the shadows visible fairly often.  This results in scenes and shots that range from highly realistic to very surreal as the characters interact in their real world and the Wired. 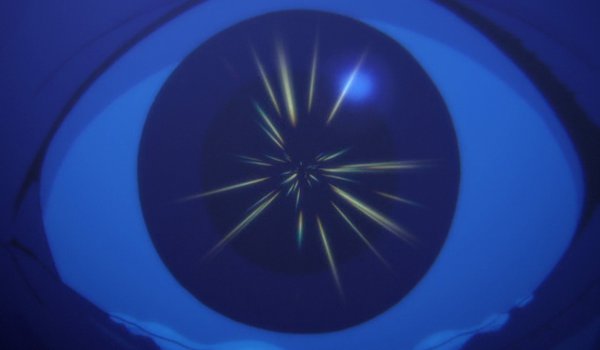 The characters for the most part start out all looking very generic and as the show continues the variety of character design varies more and more.  Lain herself stays pretty consistent between the different version, which is useful when trying to tell the difference between all of them that seem to be floating around their world.  The other characters tend to be consistent unto themselves, which makes it easy to get a better understanding for who they all are, especially for the Men in Black like guys with their Splinter Cell style goggles.

Characters are the only ones with specific design either as computers being such as big part of the anime are themselves very personalized for each character.  From Lain’s original “kiddy” computer fit only for email, to souped-up cell phones, to fully mobile PCs with a VR helmet, to computers taking up entire rooms the computers almost seem to be characters themselves in addition to given a glimpse into the characters that they belong to.  This is an interesting side aspect to see so much work put into.

As the show goes on it continues to get darker and darker in subject matter, which is interesting since the show starts out with classmates getting emails from their dead classmate, but the show does a great job becoming darker and darker with its visuals as well.  Lain’s computer overtaking her room and making it so dark and gloomy, adds much more to the scenes to imply how far she is going into the Wired. 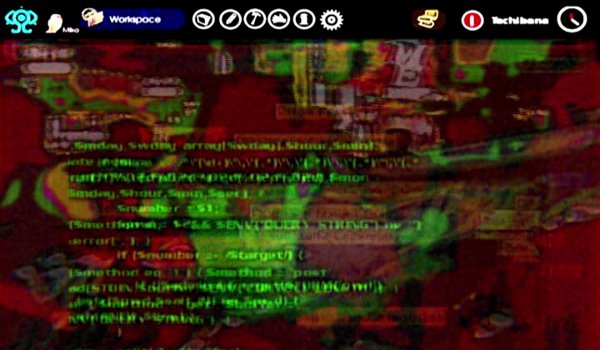 Audio:
The character voices of the series do a fairly good job, though interestingly every episodes starts with the same two English voices regardless of Japanese or English.  The first setting a creepy mood as the show is sited as taking place in present day and times and the second being an automatic program reading the episode title and number re-enforcing the electronic focus of the show.  Characters themselves do a good job of fitting to their voices, however at first viewers of the English may have doubts about the flatness of Lain’s portrayal at the beginning of the show.  There isn’t a big reason to worry much about this though as it is a part of her character being so detached and is in fact how to easily tell the difference of the Lains.

Music in the series does a great job just a mood and fitting the style.  Well, music might not even be the correct term for some parts as a lot of the audio to provide backgrounds may not even be described as music.  That isn’t a hindrance at all though and in fact helps the show to be more mysterious and eerie.  The opening theme “Duvet” by British alternative rock band Boa fits well with the shows themes of loneliness and trying to fit within others lives.  The closing theme “Toi Sakebi” by Serial Experiments Lain‘s lead music writer Reiichi “CHABO” Nakaido focusing on lamenting past actions and having to live with them. 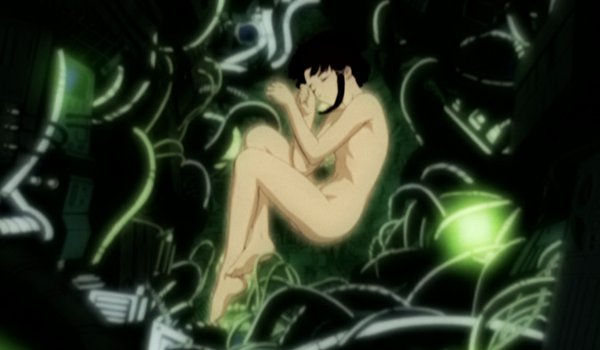 Extras:
Another re-release of a much older anime, another slim selection of special extras.  For the most part the extras of Serial Experiments Lain break down into 3 different types, with only 2 options of each type.  First are the promotional extras, which are just a promo video and original commercials for the series back when the first came out.  Somewhat short these are more actually for the soundtrack CD than the anime itself, so the best part of it is the music.  Second are the clean opening and closing songs, with just 13 episodes there was only one song and one sequence for each, but now they can be viewed free of credits and other text.  Lastly are the trailers, the first selection is the re-release trailer toting it’s first time on Blu-Ray, while the second are the other recent and upcoming FUNimation releases.

Also included in this complete collection of Serial Experiments Lain is a thin book that features some commentary from Saito and Ueda where they mention various notes for each episode. There is also a very large art book that contains sketches of practically everything in the show, including backgrounds, characters and other things.

Overall:
Serial Experiments Lain will mess with the viewers mind, it gives a deep thought provoking story that leaves those watching trying to piece it together.  Even with older visuals, the surreal style keeps that from be any kind of negative.  Those willing to give the series a try should find something that leaves them thinking even if it does somehow fail to entertain.