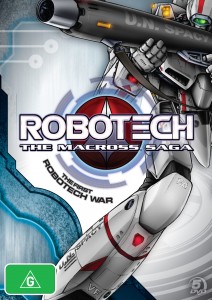 Robotech: The Macross saga is probably the most awesome Anime series that you will ever watch in your entire life. And this is not from a biased and nostalgic perspective… but from the perspective of a new viewer. This review will probably seem like a massive lump of praise, but that’s because it is totally praise worthy.

Robotech: The Macross Saga follows the story of the crew of the SDF-01 Space Battleship during the beginning, middle and aftermath of the First Macross War. Throughout the course of the journey, both the main cast and the war effort evolve over time. 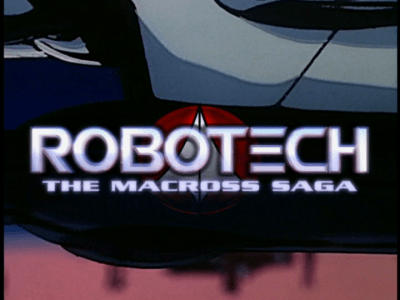 Even further, all the characters evolved over the course of the series, both mentally and with subtle visual cues. For instance, in the beginning of the series, the hero, Rick Hunter, has a more wide-eyed look. But by the end of the series, he has a more mature facial expression, and this is something that I greatly enjoyed seeing.

One of the most important aspects of this series though, is it’s pacing. The show has brilliant pacing that keeps you gripped for episodes on end. I marathoned this series over a weekend and was hooked the entire time. I don’t think there was one moment where I just wanted things to hurry along, which was quite strange as I’m used to wanting certain scenes to pass quickly (this is even behind the massive amounts of sugar and caffeine  that I had been consuming over the course of my viewing). 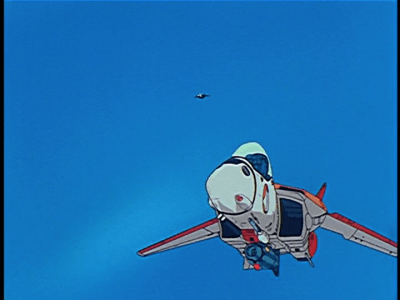 However, the story was not just the only thing driving this series, but it is one of the most brilliant things that I have ever experienced and I can see why an entire generation of fans are absolutely in love with this show.

I’m not going to lie, Robotech has an aged visual style that may be off-putting to some viewers. However, I believe that it is still incredibly compelling on a visual level and that it still rivals shows from today. I mean, the amount of details that went in to some of those scenes is simply incredible.

What I really quite enjoyed in this series was both the mechanical designs and character designs. I mean, those Robotech Variatech mechatronics are so detailed that I couldn’t believe it. I went into this expecting a primitive looking series that would be painful to look at, but I was most surprised when I found those mechanical designs to be incredibly well done. 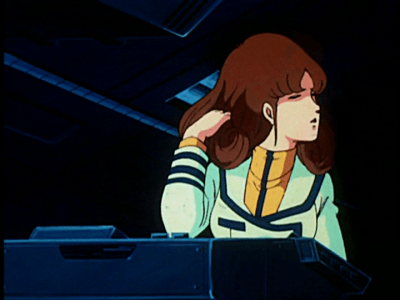 I don’t want to get too spoilery, but this sounds like something pretty common sense worthy anyway, but the final battle in space between the Earth forces and the Zentradi is one of the most brilliantly animated set of episodes that I have ever seen in an Anime series. Like seriously, most studios would take as many shortcuts as they could to get the length required, but in Robotech, it’s one massive battle that seems like a massive battle, Stuff blows up, machines are incredibly well drawn the entire battle and there is even so much more that I can’t even begin to design. 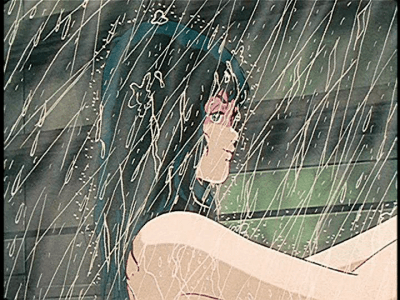 As an Anime series, I have no idea how this show got by here in Australia with a G rating, considering the visual themes in some of the episodes. At one point early in the series there is some partial nudity in a shower scene and even further in the series, there is a poster with visible nipples. Still they’re not very long glimpses, but still, it’s a little strange. Not complaining though, I think that this series would be ideal for children to use as entertainment.

Overall, Robotech still stands up to modern Anime visually, as well as eclipsing some other modern cartoons.

Robotech: The Macross Saga features a very nice audio track that is incredibly easy on the ears. It also includes a Spanish soundtrack, which, from what I can tell, is audibly different to the English soundtrack.

However, the series itself is an amazing audio setup behind it, with plenty of sound-effects, background music and songs to fill the shows score. Each battle is dramatically intensified with the sounds found in the show and is enhanced even further by the backing track accompanying it. Sometimes, this will be a piece of the shows score, other times, it’ll be one of the main characters, Min-May’s, songs that are playing. 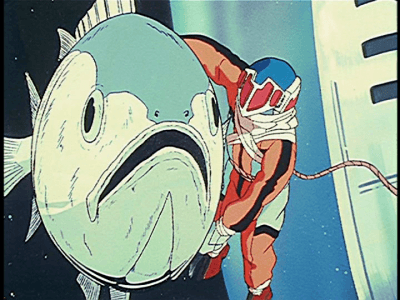 However, that is also one of my minor annoyances with the show. The character Min-May develops a singing career and as such, her songs fill the show as it goes along. However, the character will often reference a new song of hers, and then the same song that we’ve heard over and over will play. That isn’t to say that the girl doesn’t have a multitude of songs, it’s just that they could have used those when she actually states that she is singing a new song, rather than playing the same old song. This isn’t too bad as the song isn’t exactly irritating and you can see it as a symbolic gesture, rather than a literal thing. But still, a larger variety of songs would have been nice.

The last thing I want to talk about is the main theme of the series. It is absolutely brilliant and still holds up to today as one of the most memorable tracks in Anime. The theme song encapsulates the feel of the series completely and as such, should never be changed or removed from anything Robotech related in the future. This track is still a symbol of the series and of our culture as a species on this planet.

Robotech: The Macross Saga is easily the most essential Anime that every human should be made to watch ever. Both new viewers as well as seasoned Anime fans (that have yet to see this series) will certainly enjoy the show, and should definitely check it out as soon as they possibly can.