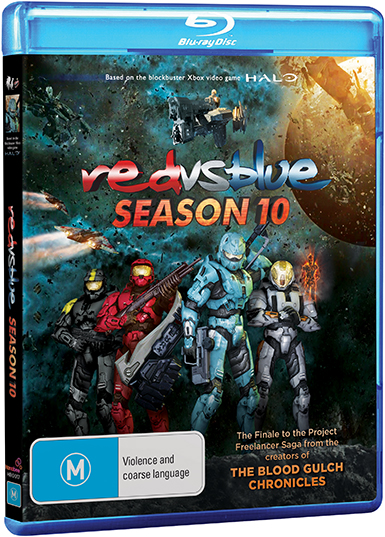 What do you get when you have a bunch of guys with Microphones recording their Halo shenanigans and then uploading them onto the internet to see? If you answered with poorly edited frag videos, you would be correct, but not the right kind of correct. No, the answer I was looking for was Red Vs. Blue, the hit series based on the popular shooter Halo.

This release marks the Tenth season of the franchise, which gives it a larger continuity than the game it is based off of. This tenth season sees us to the ending of the Freelancer arc of the Red Vs. Blue meta-story and as such is much more story driven than in previous seasons. 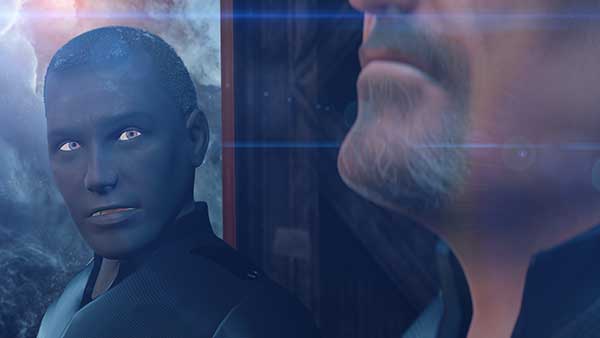 This, I thought, was not as good a thing as it sounds. This is because the majority of the story being told has next to nothing to do with the cast that made the show popular but instead spends all of that time focusing on characters that are just some form of bad-ass stereotyping. And honestly, I feel that this really killed a lot of the comedic potential within the series.

For those of you that don’t know what Red Vs. Blue is, it is a comedy series based around two team that are supposed to battle it out in an abandoned canyon with two bases. This canyon has next to nothing in it besides the characters that are already present, and as such, was a very character driven comedy at the time. Compare that to now where it’s all CGI action sequences and a story to push into those sequences. It’s not funny and what jokes are left in there feel forced as they have little to do with the story. 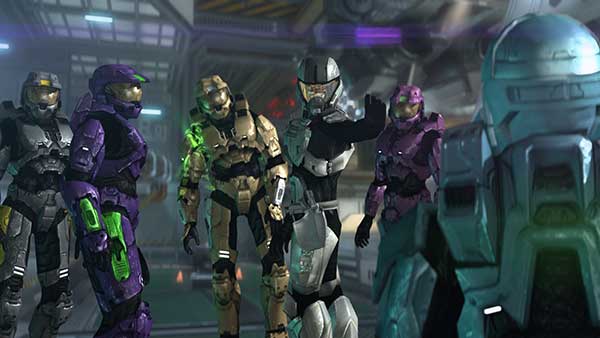 I really don’t see why the Freelancer arc has been allowed to go on for this long. It should have been a side-story, or a spin-0ff series, not the primary plotline for the Red Vs. Blue series. Disappointed to the max.

Visually this is pretty much on par with Halo 3, or Reach, or whichever version of Halo was used to shoot this series. The only time the show deviates from that quality is when we’re dealing with the Freelancers horrible backstory which is nearly all completely done in CGI; CGI that is still subpar in comparison to the 1999 film Final Fantasy Spirits Within.

To be completely honest, having the Freelancer story done completely in CGI and then having the Red. Vs. Blue. story done with puppeteering was really, really horrible to watch. It was like watching two completely different shows that were just glued together in the middle, rather than having them seamlessly meld together. 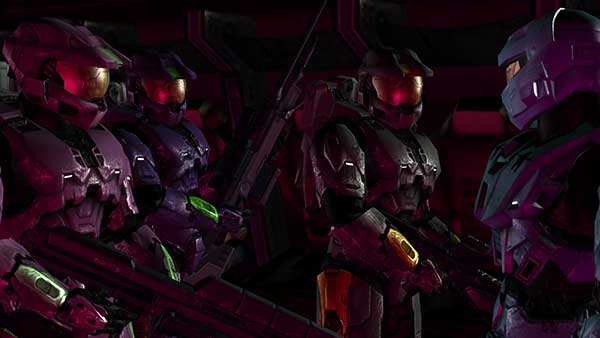 There isn’t really too much to say about the visuals, if you’ve played a Halo game then all of the set pieces should be familiar to you. The team hasn’t really done anything creative with any other maps than the ones we’re already familiar with from earlier in the series. In fact, the only new set-pieces are the completely original ones used in the horribly CGI’d Project Freelancer stuff.

Red Vs. Blue Season 10 offers some really good audio, which is surprising given the quality of the rest of the series. All of the voice acting has come along way since the origins of the series and it now sounds really clear and crisp and clean. Unfortunately, this is just a way for us to better hear how unfunny this Season of the show actually is. There was great potential for some really hilarious dialogue here, but it seems to have faded away into a push for the Freelancer arc.

There are some emotional moments in the series, or at least there should have been. Because this is a comedy series, you honestly don’t know if they’re playing up some of the drama for comedy or for legitimate feels. This is pretty horrible for the at home viewer because they don’t know if they should laugh or feel bad. Although, you could argue that as a comedy, it is supposed to be funny and that nothing in this show is meant to be taken seriously. 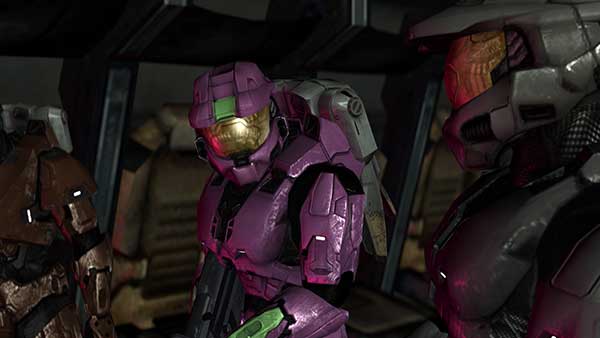 This makes the series either really bad at conveying what the scene is supposed to be representing through the audio, or it makes it really sadistic. Either way, whoops.

Red Vs. Blue Season 10 comes with a number of extras that increase the value of the package a fair bit. These include special videos, an audio commentary that plays over the main feature and various outtakes from various scenes. Some of these extras are pretty funny, especially the outtakes. I’d recommend everyone check them out.

Red Vs. Blue Season 10 is an alright purchase with a decent storyline. However, it feels that the Red Vs. Blue comedy focus has shifted to a more action oriented one which left me feeling a bit of a disparity between what I know of the series and what is being shown to me at present.

Still, If you’re a Red Vs. Blue fan, this is a definite pickup and you’ll probably really enjoy what this season has to offer. Here’s to hoping that now that the Freelancer arc is over we can get back to the main draw of the series, its comedy.