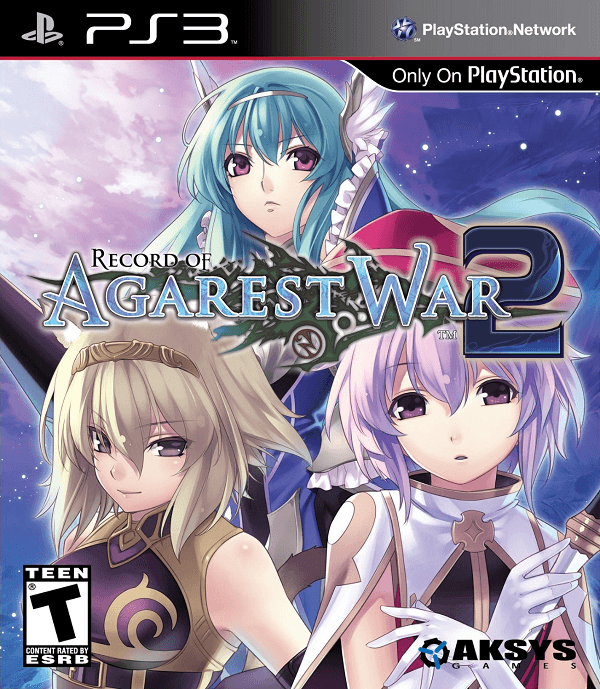 Overview:
There are many different games in the video game world which fall into certain genres. While some of these games will adhere strictly to the rules of one single genre, others can blend together various mechanics to create something great. Over the past few years, a certain developer by the name of Idea Factory has released a number of titles under the Agarest War name.

Thanks to the nature of these titles, many questioned whether or not they may actually end up making their way overseas. Thankfully, fans of the SRPG genre and of Idea Factory’s creations have been provided each of the Agarest War titles courtesy of Aksys Games. Now that the previously multiplatform series has seen the release of the PlayStation 3 exclusive Record of Agarest War 2, does the third game in the series still have plenty to offer?

Story:
In a world where pleas fall of the deaf ears of the gods, one man is determined to reach the gods and resurrect his lost loved one. However after breaking a mysterious seal, he comes face to face with one of the god’s of the world. Unfortunately this god refuses to grant this man’s wish, driving the man to commit the despicable act of deicide. Upon slaying the god, a bright white light engulfs the entire area and is so large it is visible all over the world. 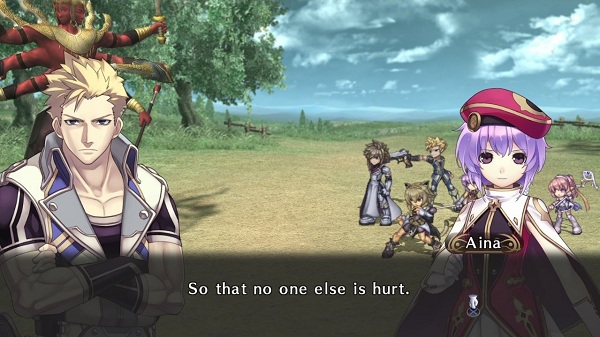 The rest of the world has begun calling this day, the “Day of Light” but it is far from light which has been unleashed upon the world. In fact, the world itself will soon crumble into nothingness. Unfortunately for the world however, its only salvation rests upon the shoulders of the killer of the god himself… Weiss. Unfortunately, or perhaps fortunately, this Weiss has lost all memories about his past and his actions.

It isn’t until he encounters a woman named Eva that he realizes his past actions and is set on a path which can save the world. Weiss must act as the “vessel” which will hold the power of the slain god that has been strewed across the land. It is his mission to revive the same god that he killed, for not only will he be cursed with this fate but even his children must follow the same fate.

However he will not make this journey alone as players will encounter a large amount of compatriots who will join Weiss in his journey to potentially save the world. Among these allies there are certain girls who will act as “pillars” to the vessel and will bring forth the next generation of heroes. Record of Agarest War 2 retains its dating simulation factor, as players will often need to make certain dialogue choices when speaking with their party and what they say can affect their relationship with some characters, either raising it or lowering it depending on their answer. Having certain affection levels can sometimes trigger events with certain characters which unveil more about their background as well as provide some of the title’s well known fan service. 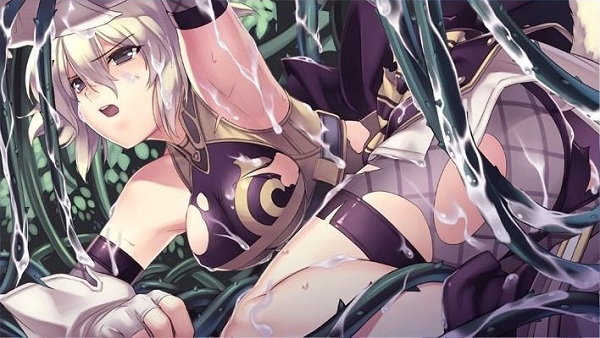 As it stands, the romance element is still relatively unchanged though it is worth noting that there are certain events which may be missed if players ignore even their basic party members as well, not just the girls whom they want to interact with and potentially marry at the end of the generation. This creates a bit of a balancing act which can be confusing at the best of times, though it does encourage players to make their way through the game more than once to see every possible relationship.

Unfortunately the storyline itself is a far from original and the fact that the title uses amnesia is even worse considering how often that condition is used in titles such as this.  Thankfully story is saved by the amount of characters that you meet along the way who help brighten up the storyline with their interactions with one another, although it seems that compared to previous titles, these interactions are less frequent and impactful.

Visuals:
One of the biggest changes that Record of Agarest War 2 has made over its predecessors is the fact that the game no longer uses retro looking sprites but now features more modern HD sprites. This means that the sprites have an overall smoother look to them and feature more detail than their predecessors. With these new sprites, the game has seen an improvement in the storytelling aspect as well through the use of better visual representation. 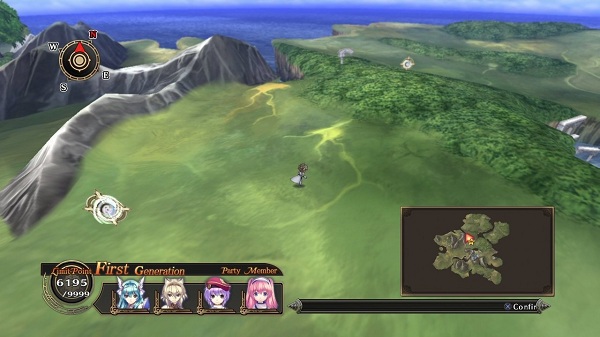 For example, in past titles gamers would usually only be treated to a still hand drawn image of scenery while the characters speak to one another during an action segment. While many of these segments still remain in Agarest War 2, many have been replaced with action scenes featuring the sprites moving around in the background while the story is still being told in the foreground.

Another impressive section of the title is the fact that the character’s portraits are partially animated as well, with minor movements while talking with one another. These portraits are one of the biggest treats of the game as a whole as every character is fully detailed and presented in what appears to be hand drawn quality. It is worth noting that the series does contain plenty of fan-service featuring plenty of breasts and even a playable bathing mini-game (more on that later). This fan-service isn’t too heavy nor unexpected for the series, and as someone who has no issue with its inclusion, the service itself is handled well and probably better than it was in past titles, though it does seem to be more abundant this time around. 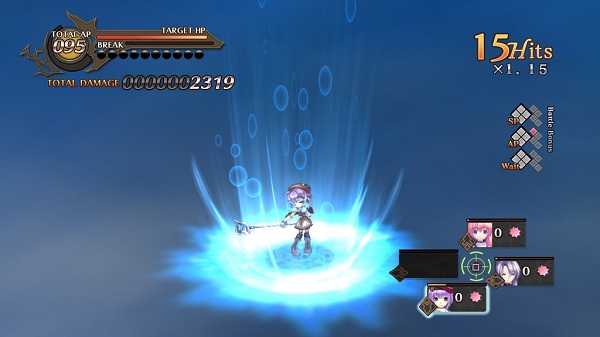 There are a few downsides to some of the game’s upgrades however. The game’s world map for example appears similar to what one may have found in last-generation titles and the sprite animations themselves are rather stiff for something that now is in HD. This may have been forgivable with the standard sprites before, however now with the visual improvement these stiff attack animations are worse than ever.

Audio:
Similar to past games in the series, Aksys has brought Record of Agarest War 2 to North America with the Japanese voice track only. Most gamers would probably prefer this option however and given the fact that the Japanese cast provides an amazing sounding job there is no cause for alarm. Because the title features the Japanese voice track only, this does mean that gamers will need to read the game’s subtitles to understand what is going on, which appear accurate and are handled well. 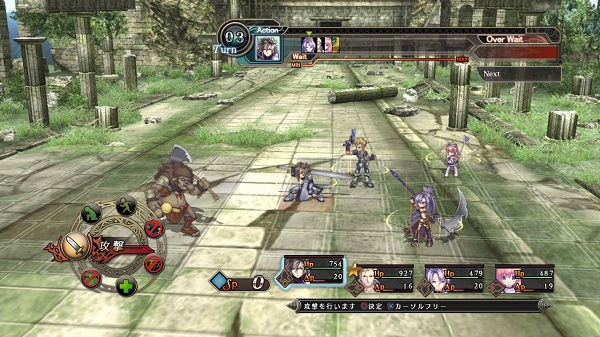 Agarest War 2’s background music is rather standard affair for a game such as this, featuring plenty of music which you would usually associate with the title. Thankfully the music itself is rather light-hearted and suitable more often than not. Plus the opening video for the game does contain a rather catchy tune which may entice you to listen to it more than once

Gameplay:
Out of the three Record of Agarest War games released so far, Record of Agarest War 2 has seen the most changes to the standard formula. At its core, Agarest War 2 is still a strategy RPG though a number of past gameplay features have been changed significantly. Unlike past games, the aforementioned world map is now free roaming, allowing players to freely walk between towns and dungeons rather than following a set path.

Instead of set battle points, players will now encounter enemies randomly on the field via a random encounter generator. However it is worth noting that players can instantly enter battle at the press of a button on the world map. Now the most revamped section of the game is the battle system, forgoing the fully traversable grid battle field and replacing it with two gridded sections, one section for the player’s party and the other for the enemies. In these sections players are also unable to move characters around at will; instead they will move after attacking or simply by changing the party leader, automatically shifting the party members into formation. 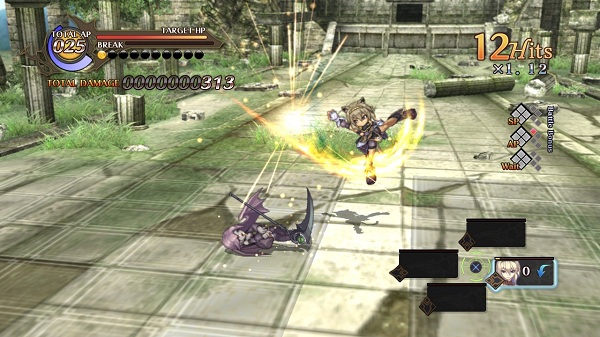 Now another immediate change players will encounter is the fact that only four party members will be able to fight at any given time. It is worth noting that players can actually shift standby characters into battle if necessary, allowing wounded characters to be swapped out for fresh fighters. As mentioned before, the characters are now easy to place into formation and create a linked attack.

Another change made to the combat system is that players will now perform their attacks by simply pressing one of the face buttons on the controller, with certain skill types relegated to specific buttons such as triangle for launching attacks and circle for ranged attacks. The amount of skills players can use still is dependent on the amount of AP the character has at any given time and linked attacks allow players to pool the fighters’ AP and create massive string attacks which can even trigger guard breaks and allow players to unleash another string of combo attacks which are called Ultimate Attacks. It is also worth noting that players can also now unleash EX Skills much easier, in the form of Original Skills that are triggered when certain conditions are meant and players press the L1 or R1 button, with R1 unleashing an even stronger Original skill.

This revamped combat system may be a bit off putting for some who are die-hard fans of the strategy RPG genre, though the new inclusions and easier to understand interface make for a more accessible title with faster battles. Although these battles are now a bit faster paced, there are still plenty of intricate details and customizable options such as distributing points from leveling up, changing usable skills and equipment which give players a chance to micromanage their characters. It is worth noting however that inactive fighters do gain XP this time around, albeit lower XP than the main fighting group, meaning that your party will not consist of only a few high leveled characters mixed in with unused low levels but instead some characters only a few levels away from the active fighters. 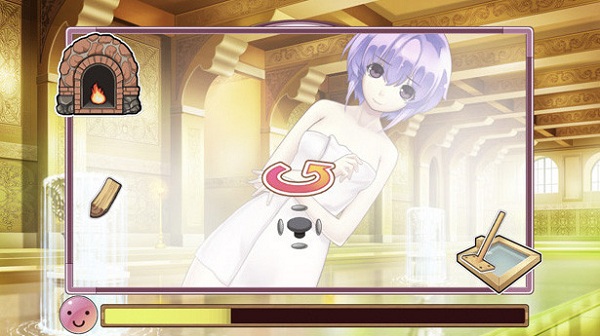 Outside of combat players will still have to manage their relationships with the female members of the group and there is one certain mini-game which has been added into the game that allows the player to increase their affection with said girl. These mini-games are actually bathing mini-games that feature some of the most impressive fan service in the game. In these bathing mini-games players will have to massage their romanceable female party members with things such as oil and even ice cream and then they will need to wash them off.  It is worth noting that these mini-games are PlayStation Move compatible, though the controller does seem to be the easiest option.

Overall:
Record of Agarest War 2 has seen some of the biggest changes to the series, factoring in new battle mechanics, an upgrade in visuals and the addition of more fan service than ever before. Unfortunately some of the visual upgrades have caused other negative aspects of the title to become more evident while other upgrades appear to have actually been detrimental to the final product.

As for the new changes to the battle system, the title feels more like a combination between SRPG and action which actually works quite well and gives players a newer experience instead of the same thing for a third time. In the end, Record of Agarest War 2’s changes provide an enjoyable experience, albeit one with a rather mundane storyline but one that is brightened up by the game’s enjoyable romance system and freshly revamped battle system which will keep players interested for the title’s 30+ hours of length.