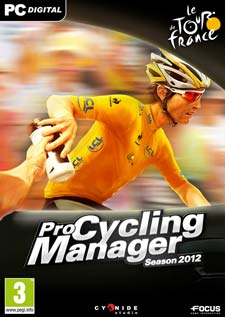 Overview
At first glance, some gamers may look at Pro Cycling Manager Season 2012 and assume that it is automatically boring being a “manager” type genre – as did I. Being one of my first managerial games, I decided to throw away those assumptions and start fresh. And after the initial crash-and-burn stages, my scorched hands decided it would be best to read the manual.

While running simulations all-day isn’t my cup of tea, I am sure there is a population of cycling enthusiasts that could certainly steal a bike for this sort of game. Or don’t because that is illegal. Let’s read on for the good, the bad, and the silly.

Gameplay
The very first defining quality about Pro Cycling Manager Season 2012 is that it truly plays like a simulated schedule. By starting your own career, you will manage a team (custom if you choose) that you will monitor throughout the scheduled season tracking progress. Even at the very start, you can throw out your generated schedule and customize it as you see fit. Opting out of races for training camps is one such possibility. 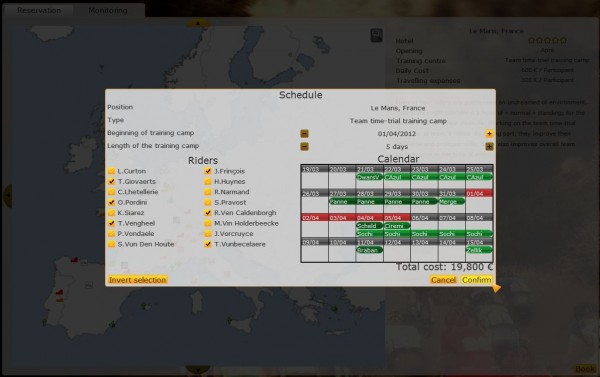 Delving down to training camps and scouting for talent, this cycling manager takes into account more than just races. Scheduling training camps can be fairly easy, but not being careful on timing such events can cause riders to miss potential races. Camps are not free and do require a “minimal” charge per rider to attend. At the very least $300 per person should fit into your budget even if you created a custom team. Additionally, scouts are able to be amongst your home region. Keeping scouts in a singular place will increase their ability to find the best suitable talent in that area.

Career mode continues by allowing players to take control of their team’s race. This goes further than just determining what races you qualify for by actually watching 3D races. Yes, you are able to run quick simulations, but you can also partake in the 3D environment by advising your riders to attack or maintain position. Need an extra boost to revitalize a worn rider? Energy gels and water bottles will help rejuvenate a weary rider for another attack or even a sprint to the finish.

Amazingly, Pro Cycling Manager Season 2012 offers additional single player options. Players can choose to race a classic event like the Amstel Gold Race, simulate only a single stage in any race, or even take control of a cyclist in track mode. My personal favorite amongst these single player options is track mode because it offers events like sprints, relays, and eliminations where players can control the speed and movement of a chosen cyclist. While there isn’t a build-your-own rider option here, track mode breaks away from the managing bit and generates immediate excitement. 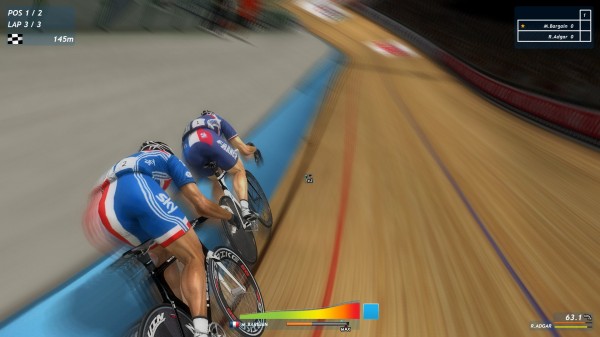 Armada is the online multiplayer option that incorporates a card collection theme. As you begin, you will start with a single pack of bronze collection cards. This pack will contain a collection of randomized riders and two random equipment pieces. This will be the basis of your starting team that can be launched directly into ladder or friendly matches. Joining a ladder match will have direct affect on your worldwide rank and grant you spendable Coins after finishing a race. Purchasing additional bronze, silver, or gold packs will increase your likelihood of winning by attaining the best possible riders and equipment. As it will take a long time to acquire Coins for a gold pack – 5,000 Coins, players have the option of purchasing Cyans with real money. Spending (US) $4.99 will result in 50 Cyans. By using the minimum payment, a player could obtain 1 gold pack and 2 silver packs which will improve his/her odds immensely. Strict use of the Coins will make for a long rigorous road when Cyans offer the easy street. 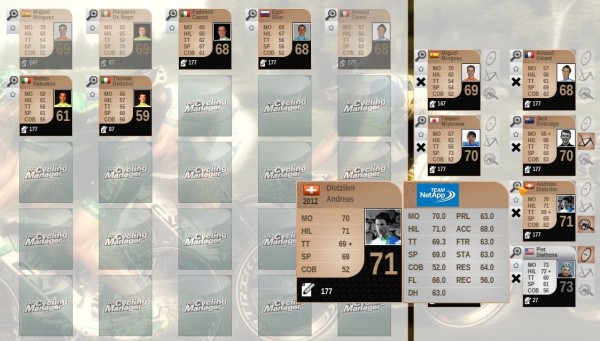 The concept for multiplayer is great, but the execution requires some work. In Armada I expected long load times for generating 3D races and a decent wait for matchmaking. However, I believed the actual race would have been fairly accurate concerning connectivity and merit a full online experience. After several attempts the game appeared glitchy and stuttering from checkpoint to checkpoint. Eventually, I was even kicked out of a game mid-race.

Another multiplayer function is available but warrants hardly any traffic. Online Track Racing could be one of the more exciting experiences of the title. By taking full control of the rider in single player, I can only imagine the intensity of facing an online opponent. Sadly, this mode might only see traffic by those creating private sessions.

Visual / Audio
User interface is one of the hardest aspects to master when designing a managerial game. Menus and sub-menus must be easily discernible and provide swift access from one action to another. For the most part, Cyanide Studios did well to incorporate a vastly in-depth menu system (Career Mode) and provide shortcut icons for ease of access. While tutorials are not available, the manual delivers adequate information regarding the layout of the manager interface.

Rapidly spitting out simulations offers zero eye candy, but 3D races allows you to get up and personal. Actively participating in a 3D race provides you with a chance to invoke real-time racing strategy all the while staring at formidable visuals. Different camera angles are up to your disposal ranging from the extremely up close to even a helicopter view. Switching between close up and distant shots, the game hardly feels the same. Up close angles give Pro Cycling Manager Season 2012 a considerable source of definition and clarity that adds to the game’s lasting impression. 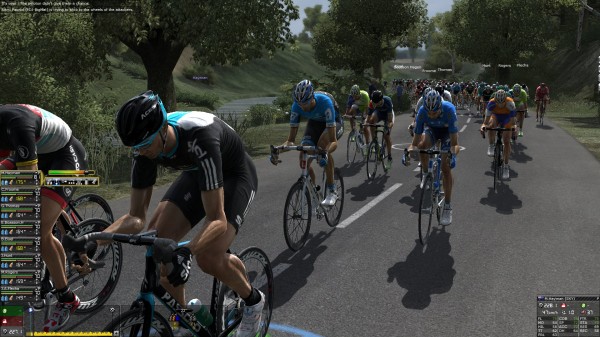 As far as audio choices, Cyanide Studios performed well with choosing appropriate music. While surfing the depths of menus you can certainly enjoy flowing background music that is not overly distracting nor tasteless. In addition, I thought sounds effects were well balanced considering the format of the title. Even so players can adjust music volume, sound effects, and race commentary in the options menu.

Overall
After playing much of what Pro Cycling Manager Season 2012, I have discovered that I was pleasantly surprised at all of the playable options but left disgruntled about my multiplayer experience. The depth that can be attained in Career Mode can be overwhelming yet provides for soul purpose of the game’s creation. Shorter length single player modes offer a quick sensation of a classic race or even player controlled track races – a nice surprise.

Armada and Online Track Racing both hold great concepts that do not become fully appreciated. Armada has a fully functional concept with card collections and utilizes two different payments to access additional packs. Where the concept breaks is having a poor connection to the game’s server and lag in the routine update of individual riders. Being kicked from a game due to server connection or exiting due to severe lag are not acceptable results. The only disappointment for Online Track Racing is that the community involvement has not been reached for this game type as of yet. Rarely are players signing on to play this specific mode rather than Career or Armada.

Cycling enthusiasts eat your heart out! Pro Cycling Manager Season 2012 will be your best bet at managing a team of riders through a plethora of races. With the added benefit of other single player modes and potential multiplayer, you may not see another game like this until 2013.