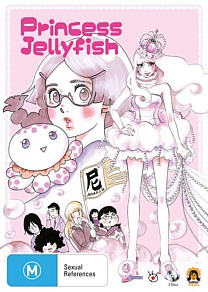 An Anime series about a group of Otaku, social outcasts due to being insanely obsessed over things, seems like it would be an ideal Anime series for real life Otaku. And, at its core, this is what Princess Jellyfish is. However, even corer to that, this is a self-insert Mary Sue series designed for female viewers.

This is a construct that may alienate a lot of male viewers. Even further, the primary demographic of Anime is still a male one. How did I find this series to be? Read on to find out.

Princess Jellyfish follows the story of a group of social outsiders that each follow their own sort of niche fandom. Each of the main casts interests range from Jellyfish to Trains. What makes this interesting is that each of the main characters have an aversion to a group of people that they refer to as the stylish. As you can probably guess, the story quickly becomes interesting when one of the stylish assists the main character, Tsukimi, in the rescue of a Jellyfish from certain death within the tank of a petshop. 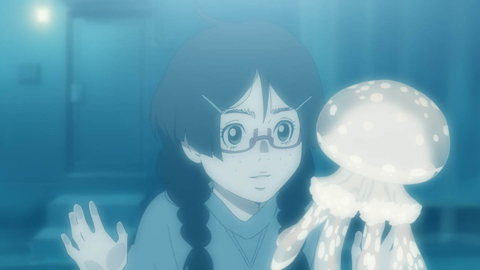 Since the rescue of the Jellyfish, now named Clara, the Stylish “woman” and Tsukimi begin to spend more and more time together until the two characters end up becoming the sole main characters of the show. These two characters are a great combination. Well actually, the way all the characters interact are great until the show decided that it needs some forced drama and then it just starts to feel really needlessly over the top in drama.

The best example of this in the series is when the main Stylish trap-dudes brother is the love interest for Tsukimi but then he is seduced by this woman and they’re at his place. The two girl is waiting in the car and as soon as the drama begins with the trap guys brother and the rest of the family, the trap guy and Tsukimi just happen to arrive at the perfect moment to have everything even more dramatic.

Normally, I wouldn’t have a problem with this but the series started off so well and I’m not entirely sure why they dropped the initial comedy theme and went down the drama route. Even though there was plenty of drama that just happened to be timed to events, there still seemed to be an even larger element at play in the series. This element? The incredibly blatant Mary Sue-ism. 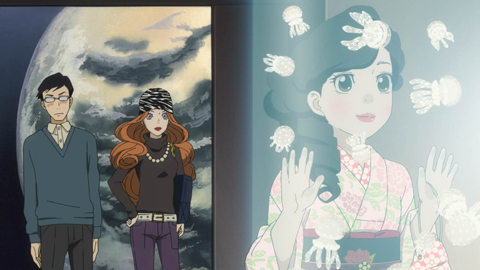 Let’s take a look at this in a way that makes it seem blatantly clear that the show is a Mary Sue story. First of all we have the main character that is plain enough for a girl to self insert into, but also pretty enough that it is believable that the handsome men will fall for her antics. Next, the main character is strange, all her friends are strange, but still – in comparison to them – she is normal enough that she is never the strangest person she knows. Even further, she finds that all of the handsome main characters will fall for her for reasons that help perpetuate the self-insert image. Oh, she changes just slightly from her usual ways and suddenly she attracts a new person but then her usual behaviour is just suddenly starting to attract another man and then all of the sudden she starts developing feelings for him because of no reason other than she can act herself around him.

As a male in real life, I found it incredibly hard to self-insert into the series at the appropriate moments, so I couldn’t connect with a scene as intensely as the director would have liked. This is what made it difficult to build a connection with any of the characters even though, like them, I’m a hardcore Otaku myself. In fact, out of all of the cast, I found the cross-dresssing trap character the most relatable cast member. However, this just may be due to my own tendencies (err… not that I cross-dress or anything), rather than he being a character that is relatable for most males.

Despite this show having a strong fashion element, anything that wasn’t dolled up within the show looked incredibly plain. Not that there is anything wrong with a bit of contrast, especially in a show that needs to show the aesthetic differences pretty people and Otaku people (which is odd, because Otaku people that I know in real life are generally the prettier ones). 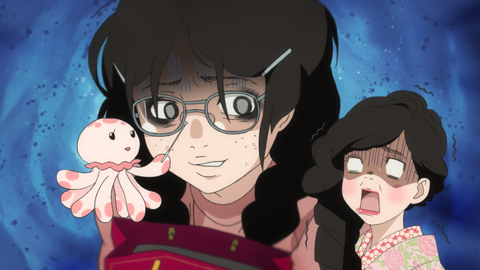 Actually, I really quite enjoyed all of the different fashions in the show, especially on the main trap character. I’m not some massive fashion afficionado, I don’t cross-dress and I really wouldn’t know anything about clothing except that I enjoy looking at what I enjoy looking at. Where I’m going with this is that I like the designs on the male cross-dressing lead. It provided an exemplary contrast to the exaggeratingly plain look that the rest of the main cast had.

The one thing I’m kind of annoyed at was the surprising abundance of Jellyfish. I know it’s called Princess Jellyfish and all, but still, way too much Jellyfish in this show. Like really, there is a lot.

Oddly enough, this is one of the few times where the English dub is clearly the superior dub on a release. I’m not sure why, but the Japanese dub sounded really subpar and a lot of the characters didn’t sound like they represented their personalities all that well. 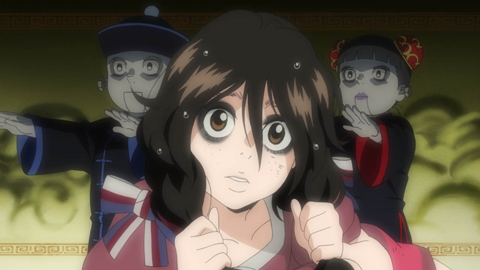 What was really bad about this release was that on the first disc of the series, the language defaulted to the English language without subtitles, however, the second disc defaults to the Japanese language without subtitles. And, for some ungodly reason, it keeps switching tracks between episodes, meaning that you have to keep switching back to the superior English dub every episode.

Do errors count as an undocumented feature? Seriously though, Princess Jellyfish comes with a few extras in the form of Special Features. These include both commentaries and trailers. These can be found on the second disc (is episode 11 commentary only). However, on the first disc, we only have the commentary for the first episode. The case also includes a cool inner artwork that leaves the interior of the case fairly interesting to glance at.

Princess Jellyfish is an Anime series that is purpose built for viewers to self insert into. The series is so blatantly Mary Sue that unless you’re able to self insert into the main character, you will not be able to enjoy this series at its fullest. While it has some entertaining moments, I feel that unless all viewers can appreciate it at a similar level, it doesn’t work as a feature.