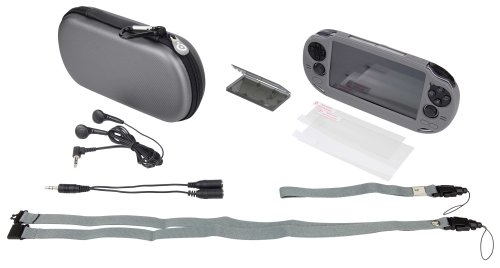 Accessories always launch alongside a new console. When a new portable comes out, it seems that the amount of accessories that come out usually outnumbers those that are released for the home consoles. The launch of the Playstation Vita is no exception. Normally, you would want to purchase a game case, maybe some headphones, screen protectors and so on. You could buy them separately, or you could purchase the 8-in-1 Essentials Kit, released by Bluemouth Interactive in Australia. What they have included are usually popular choices of accessories, but is it enough to warrant a purchase?

First off, let’s look at the contents of the 8-in-1 Essentials Pack. The pack contains an EVA pouch, which is the carry case of the pack that holds four games, a silicon glove that goes over the Vita to protect it from dust, dirt and your fingerprints, a small storage case that holds two games and two memory cards, screen protectors for both the front touchscreen and rear touch pad, an anti-static cleaning cloth to keep that Vita nice and shiny, stereo headphones, bringing high quality sound straight to your ears, a wrist and neck strap to attach to the case and a 3.5mm earphone splitter, just in case you want your friend to hear that awesome track on your Vita. I have to say, this is quite a generous offering. This contains more than the official accessory packs that Sony released with the launch of the Vita. 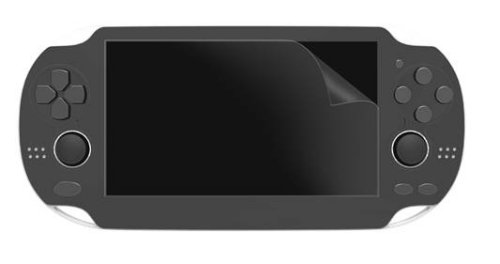 So, how do each of these items fare? I’ll start with the EVA Pouch. On the outside, it is quite bland. It sports black and a small carabiner to hold the wrist and neck straps. Compared to the official Game Traveller Case, it seems soft, which does worry me a little. The Game Traveller Case was as hard as a rock, however, this is softer. I can even bend it quite easily. Inside, it is the same as the Game Traveller Case, except it only holds four games, lacks the soft screen protector and has a strap to lock in the Vita, rather than a strap below the Vita to give it a lift. That will mean that it will be a minor struggle to get the Vita out.

The silicon glove is basically there to protect the outer parts of the Vita. It leaves the controls exposed, which is good, as I do not want silicon over my buttons. Some buttons will have silicon, like the start and select buttons, but they are more secondary to the ones exposed. The colour is grey and it is rubbery. However, it does not feel flexible, which means getting the glove on is going to be a challenge. Accessories should not be a struggle to use, yet this silicon glove manages to achieve that. Besides, you will not want to keep it on anyway, as it makes the device look quite ugly.

This pack, however, does feature a few accessories that are either unnecessary or they lack what other competing accessories achieve. The storage case is too small. It only holds two games. The memory card slots are not an issue, but I have seen other accessory packs offer more space for games. The Game Traveller Case holds sixteen games, which is a very generous offer. The inclusion of a neck strap is also unnecessary. I will doubt players would want to carry their Vita around their neck. The headphones don’t produce high quality music. In fact, they are weak in terms of volume. They are too soft for the volume level the Vita currently sits on. The earphone splitter is quite useless because it drops the volume of the sound as soon as you share the slot, making the sound coming out of the headphones even softer.

While it seems generous that one gets eight accessories in one pack, I feel like it could have been better with less. They should have kept the essentials in the pack, like a better built carry case, screen protector kit, headphones, just a wrist strap and a better storage case and I would have been quite happy. I do not need an earphone splitter. The silicon glove could have been scraped as well, alongside the neck strap. Do I recommend this pack? If you want all of the above items, then yes I do, due to the fact it offers all of the items at a reasonable price. However, if you have most of these items or have already picked up a few accessories, then this isn’t an essential purchase for you.