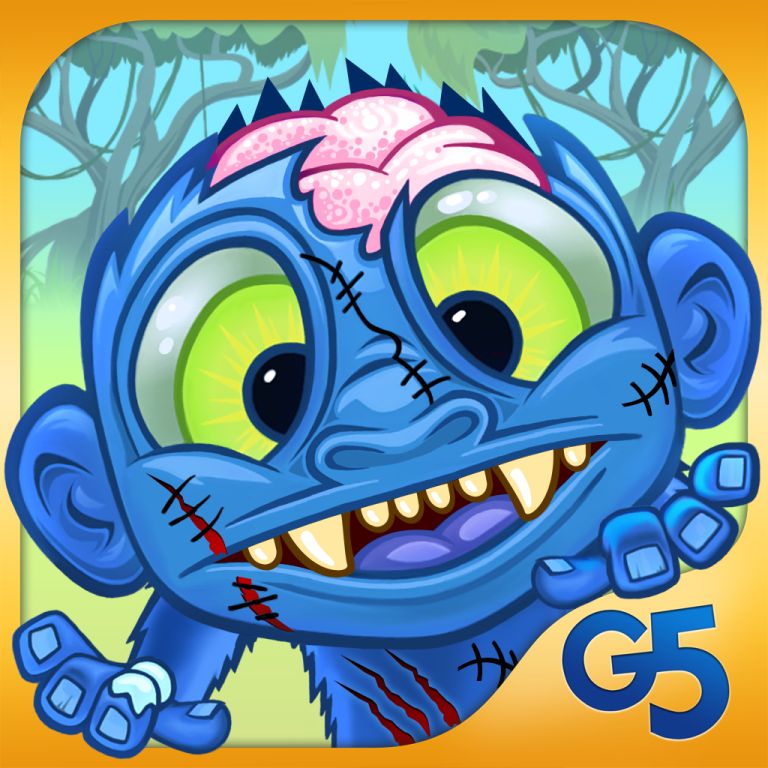 Overview
Create a one-of-a-kind zoo filled with zombie animals – aka Zoombies!
Called forth by a rather helpful and talkative rhinoceros, it is up to you to transform your vacant lot into a hip and happening Zoo/Cemetery hybrid…a Zoometery if you will. Fill it to the brim with cute little critters from beyond the grave and keep them happy with some tasty brains. Such majestic creatures… 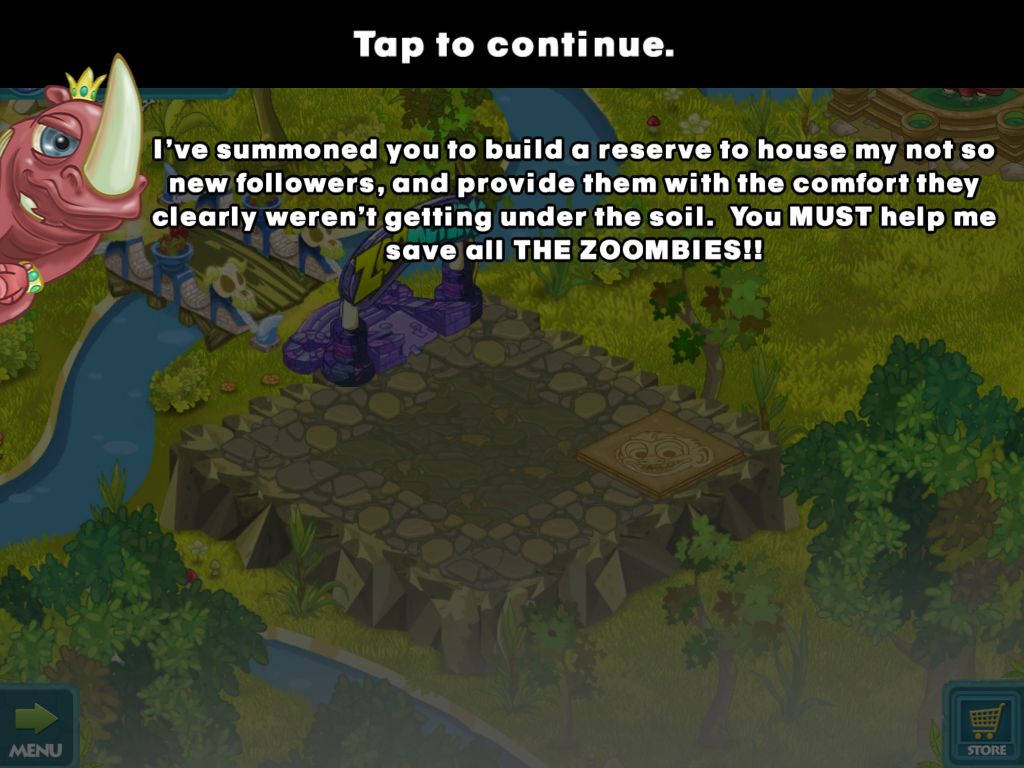 Well, you heard it here folks

Gameplay
The basic premise of the game is construction. As the one in charge of running the Zoometery, it falls to you to build the facilities, hire the staff and create the animals. Naturally each of these elements costs money, or rather Zoomboleons as is the regional currency. Money can be gained through your Zoombies, who will systematically produce EXP and Zoomboleons for you to collect. The frequency at which they produce said currencies, as well as the amount, depends on the creature.

Certain animals are also unique in that they can be trained to perform tricks for your amusement. In order for your pet to truly learn a trick, you must teach it the action multiple times. If they perform well, you reward them. If they perform poorly, you discipline them. Of course if they’re to hungry, they won’t perform at all. In order to replenish their energy you must feed them with the food you’ve hopefully grown from one of your facilities. Or you might decide to invest in a different type of facility, perhaps one that allows you to cross-breed your Zoombies?

The game will also provide you with various quests to complete as you play. Once completed, these quests will net you EXP and Zoomboleons, which in turn will allow you to upgrade your Zoometery. Should your little area become to congested, as it no undoubtedly will, you have the option of upgrading your land. This will grant you more space to fill with whatever your heart desires. 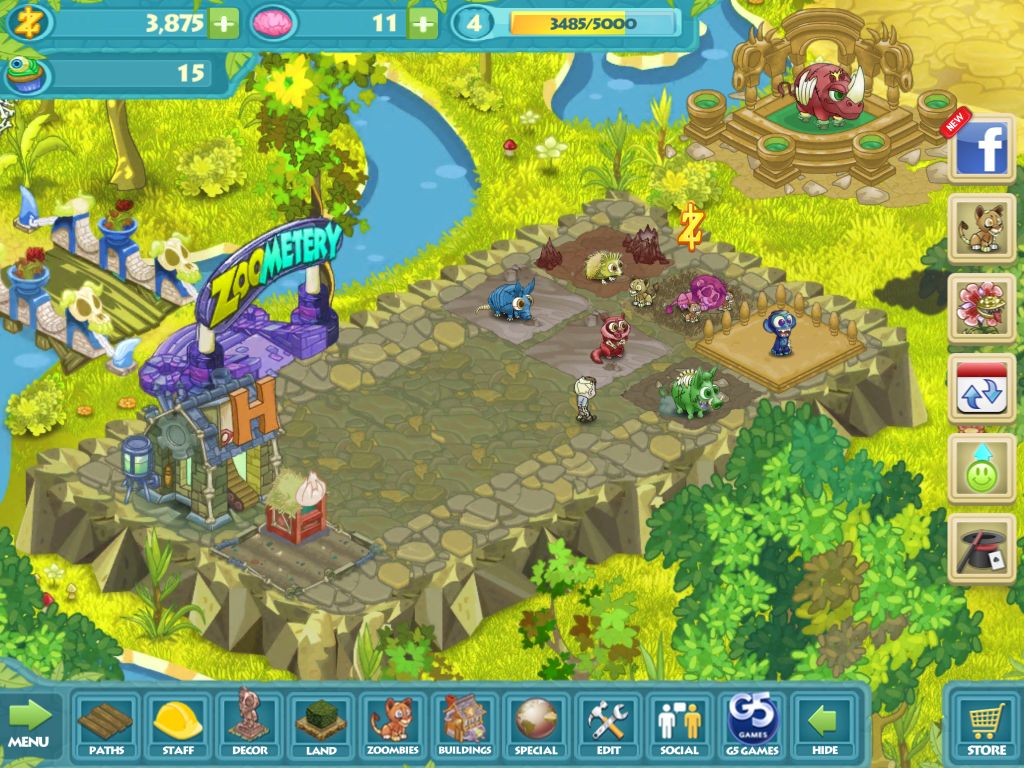 Quite the undead menagerie

Visuals and Audio
Pet Zoometery features a very quirky style. The Zoombies themselves are equal parts cute and creepy, creating an odd visual. The mixmatched creatures feature pronounced eyes, missing protions of skin and a number of visible bones. You know, typical animal stuff. The background itself is pretty basic. Though possessing the same cartoonish style of the creatures, it is literally a single picture. Noticeable as the waterfall doesn’t…you know, fall. Clouds will occasionally drift over the land however and it might rain once in a while…so that’s nice.

The game has an expressly calm soundtrack. This effect is created through the use of violins and trumpets, also providing an almost exclusive quality. It is a fancy Zoo after all. Bongos also add a certain tribal flair, suiting of the jungle environment that surrounds your establishment. Creatures themselves will also make the occasional sound, though you will mainly hear a variety of “dings” when you tap to collect your hard earned Zoomboleons. 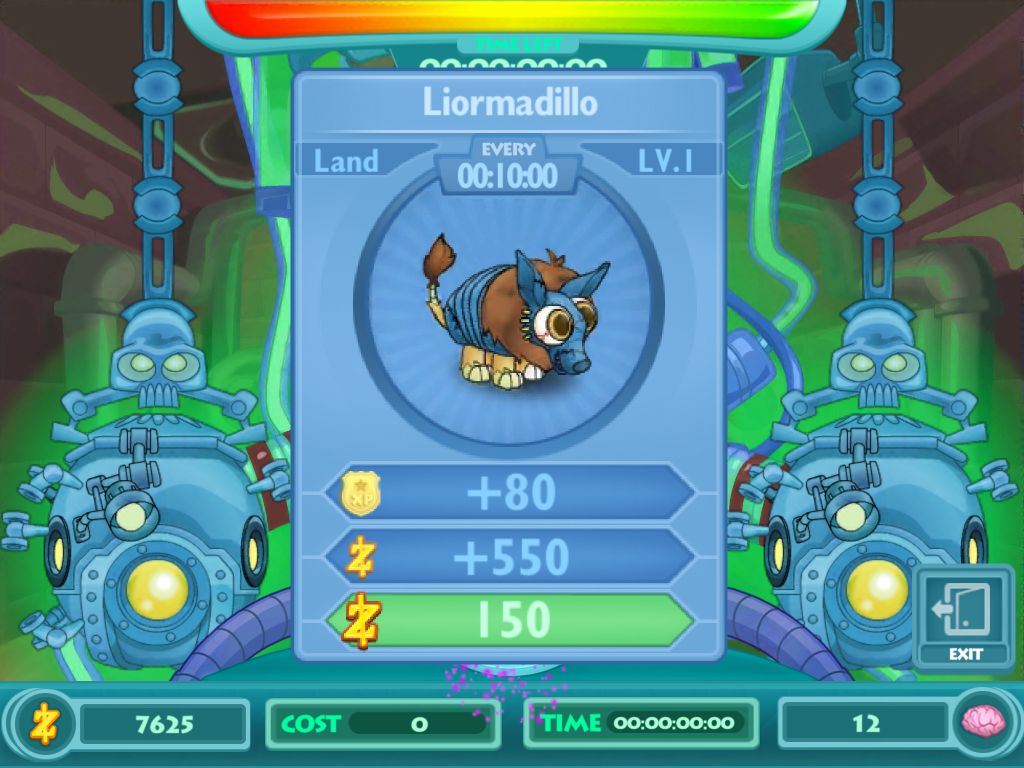 My God…what has science done?

Overall
Pet Zoometery HD is a fun and quirky game. Once you wrap your head around the Zoombie and facility systems, it’s not too hard to expand you Zoometery. The consistent play reward system will keep you playing for a few days as well, five in fact…if you want to unlock the cool prizes that is. Overall, it’s a simple game with a simple goal: create the best damn Zoometery around…or the only one for that matter.