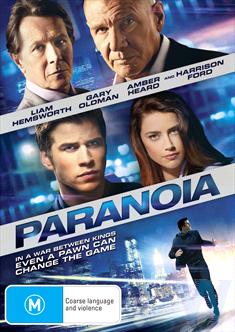 Director Robert Luketic brings to screen Paranoia, a thriller based on the 2004 best-selling novel by Joseph Finder. The worn-out tagline ‘be careful what you wish for’ is a diminishing factor for the film, which renders a sense of familiarity from titles with the same premise. Should the audience be paranoid that the Box Office earnings of the debut were not very successful? Perhaps the all star-cast, namely Harrison Ford and Gary Oldman, can convince the audience otherwise, to save the film for digital home entertainment. 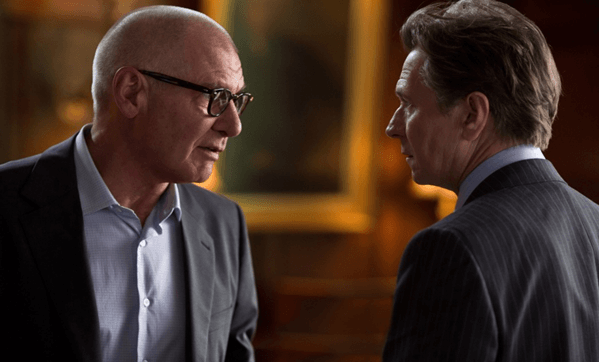 Paranoia begins with a franticly paced and splintered chase scene, in which we only see fragments of the protagonist Adam Cassidy (Liam Hemsworth), admitting to the audience that he can no longer make excuses for wanting to become someone else. Cue the American Dream pitch of how men lie, cheat and steal to protect their wealth and how life looks so much better on the other side.

In a nutshell, the first two minutes of this film narrows the storyline and sets up a typical narrative structure –that has no doubt been seen before. An aspiring successor from Brooklyn, Adam Cassidy (27yrs) is an entry-level employee at the high-tech company Wyatt Corp with the opportunity to change his life around by impressing the CEO, Nicolas Wyatt (Gary Oldman) in a group pitch project. The night before the presentation, Adam discovers that Wyatt Corp cut-back on his extended coverage for health insurance and he now owes $40,000 for his dad, Frank’s (Richard Dreyfuss) emphysema medical bills. Despite the alarming amount of debt, Adam unthinkingly costs his team and himself their jobs, after screwing up the pitch project and insulting the boss’s intelligence. 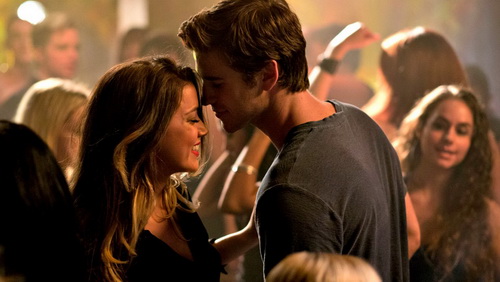 To celebrate his failure, Adam proceeds to take his former co-workers out to party at Club Rize, blowing $16,000 from Wyatt Corp’s Ethion discretionary fund on credit card. There he meets the mysterious and sexy, Emma Jennings (Amber Heard) on the dance floor and, unsurprisingly, wakes up in her bed the next morning. Unable to get her name or number, Adam retreats back home, but is interrupted by Wyatt’s detailed security, Miles Meechum (Julian McMahon), who delivers him to the man in charge.

For the price of credit card fraud, Nicolas Wyatt manipulates Adam into working for the competing company, Eikon, in return for a huge payout (not suspicious at all. . .) and secure jobs for his friends. With no choice outside of prosecution, Adam agrees to get inside the industry and steal the trade secrets on the latest smartphone, Occura, from the founder, Jock Goddard (Harrison Ford).

In order for this to happen, Adam, ironically, is transformed into the ‘someone else’ he always wanted to be and leaves his family and friends behind. With the help of Dr. Judith Bolton (Embeth Davidtz), Adam is (metaphorically) taken across the bridge into the other side of life; as a business executive with a new suit, apartment, car and position in Eikon. Coincidentally, Adam becomes reacquainted with Emma, who happens to be working as a marketing executive, for the same company. 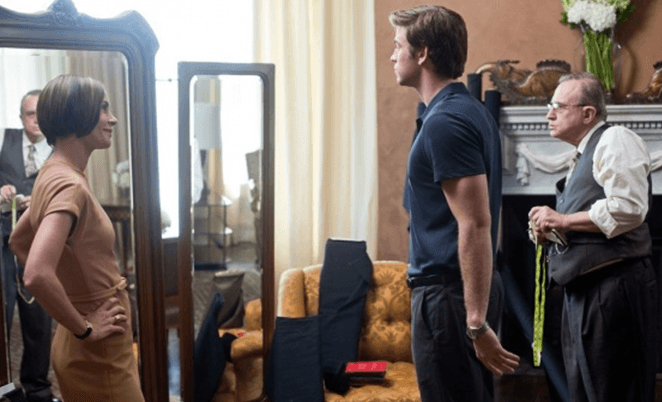 Aside from the obvious office romance, as the film progresses the audience learns more about the rivalry between multi-millionaires Goddard and Wyatt. Adam takes his knowledge and skill to build trust, which is quoted in the film as “the holy grail of espionage”, with both parties to gain the upper-hand. Here would be a good time to mention, that the paramount performance goes to Gary Oldman, for his portrayal of a cold, corrupt billionaire CEO, amongst the one-dimensional performances by the rest of the cast.

Further discussion of the storyline would result in spoilers, so I’ll just mention the inevitable conclusion of an escalating situation and dramatic conflict consuming Adam, as he falls deeper into the lair of corruption, blackmail and spiral of lies.

Paranoia highlights the dominance of security camera-like views, which are pivotal in espionage thrillers. The visual focus change between the eye of the camera and recipients on the other end, is effective in keeping the audience alert and on edge. An exemplary scene is when Adam comes to the realisation that he is under surveillance in his new apartment, and loses control by tearing down books from the shelves, smashing the roof smoke alarm and television to destroy all the wired cameras. In comparison, the shaky-camera effect during the chase scene between Adam and Miles is perfect for enhancing the intimacy of “paranoia”. I was disappointed that this camera technique was not used more frequently throughout the film. 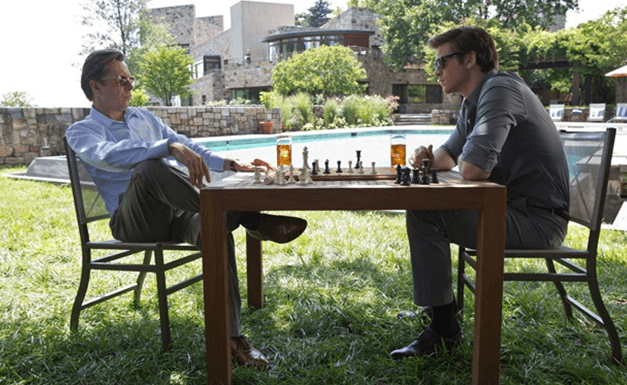 Composer, Junkie XL creates an enriching score that seemingly follows the narrative and character development, with pulsating rhythms and a techno soundscape. The most interesting aspect of the soundtrack is the composer’s use of Moog synthesizers, to build an intense and powerful theme of suspense throughout the film. As for the sounds, the title Paranoia suggests that the viewers would be hearing creepy, unsuspecting and constant noises; instead the audience is exposed to the hum drum of technological communications in everyday life.

Paranoia is a mediocre film that serves as a reminder that “there is nothing original left in the world”; that’s only if you create a shallow, predictable and unrealistic movie. The film highlights the very real issue of the expanding freedom of social media networks, ultimately turning users into their own prisoner, as the protagonist discovers. Frequent use of fixed camera shots overlain with HUD’s reinforces the paradigm, that at every moment we are being watched or listened in on by someone with a phone or camera. Despite impressive visuals and an excellent soundtrack, Paranoia lacks the heart to distinguish it from its mechanics. The core of the film is held back by poor dialogue choices, cliché’s and a simplistic plotline, which detach the viewer from any sophisticated emotional connections with the characters. It is a decent movie to kill time, however don’t expect to see it more than once.