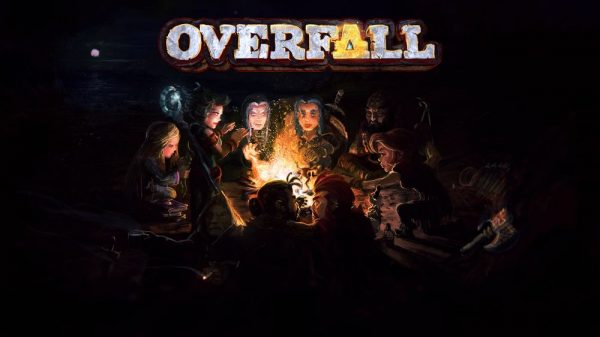 Overfall is rogue-like turn-based RPG starring two heroes seeking their lost king. With death being permanent and new items, classes, and skills being unlocked all the time, players can expect short runs of up to five hours through a world embroiled in conflict. Not only will players need to be able to fight their way out of trouble, they will also need to be able to talk their way out if they are to survive. 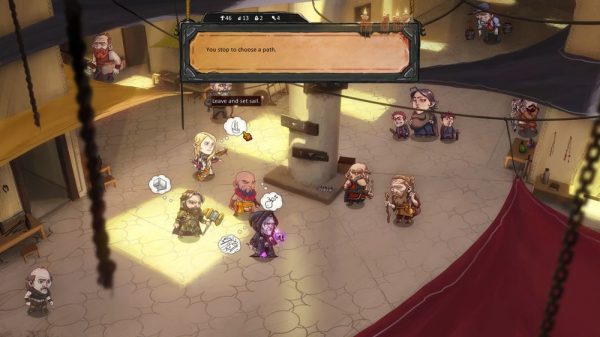 The game kicks off with a short introduction to the two heroes’ goal of finding their lost king. They are then popped onto a ship and then the world up for exploration. Those expecting an experience along the lines of the grand open world RPGs with a big overarching plot supporting by a swarm of side quests will come away disappointed. As a rogue-like title, the overall plot is more of an open ended sort of affair that revolves more around the story the player creates as they adventure. Players will bump into a ton of quests throughout their playthroughs of Overfall and discover some really charming and smart writing delivered in short and succinct bites. I am extremely impressed that Pera Games brought veteran video game writer Chris Avallone (Planescape: Torment, Fallout: New Vegas) to create a style guide to help community members to add their own quests to the game using the included story builder. It is thoughtfully written and will have people writing excellent content in no time. 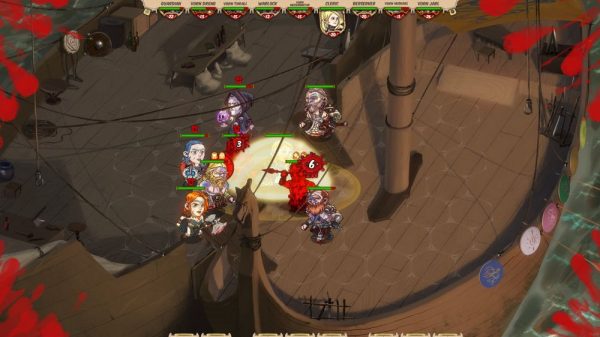 Overfall is broken up into two main parts. To travel around the world, players hop on their trusty ship and sail around the procedurally generated map filled with islands and other boats. Both islands and other boats will have encounters for the players. Some encounters can be solved with a little bit of talking, while others must be solved with violence. The player’s actions will have far reaching consequences. Choosing to support one race over another will build goodwill with one and can create enemies with another. The diplomacy is a pretty straight forward affair, but it does add an interesting wrinkle to each playthrough. 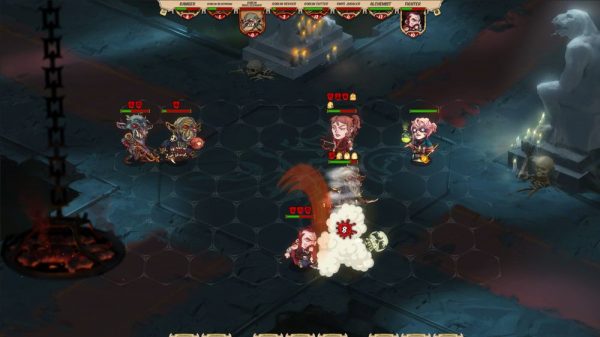 During encounters, players will meet with a variety of NPCs with potential quests, some sort of event, or a service like a shop. Conversations are brief and players are almost always provided an exit plan in case they need to avoid combat, which is a life saver for a rogue-like title. Combat will be immediately familiar to anyone who has played a tactical RPG. Characters maneuver on a field of hexes. Each turn consists of three actions: movement, utility, and combat. It is easy enough to learn the basics of the system, though mastering it is a little tougher due to how many conditions fly around during combat. The controls are solid as they are simple and intuitive. 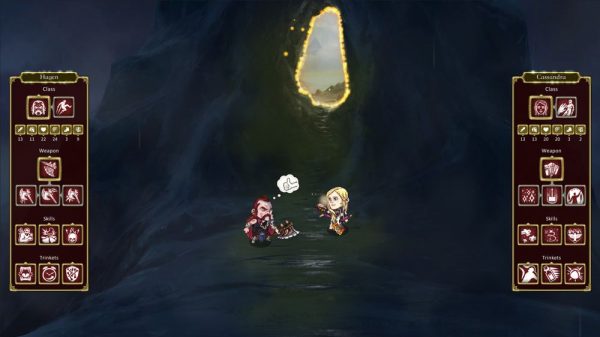 Players start the game with two heroes. As more playthroughs are completed, players are rewarded with new items, skills, and classes they can start new games with. Two extra companions can be brought along on the adventure, but these party members will need to be found in the world.

Death is permanent for companions. Players are given a little extra leeway with the two main heroes as they can be revived at the alter with a rune. Combined with three difficulty levels, players of all skill level can pick up Overfall and start enjoying themselves quickly. Being a rogue-like, losing all your characters means it is game over. Much like the plot, there is very little direction given in the game. Instead, players are plopped on the map and left to their own devices with the exception of a few tutorials here or there. Those who need some direction in games or not particularly fond of experimentation will need to get a little help from wikis and guides to get their footing. 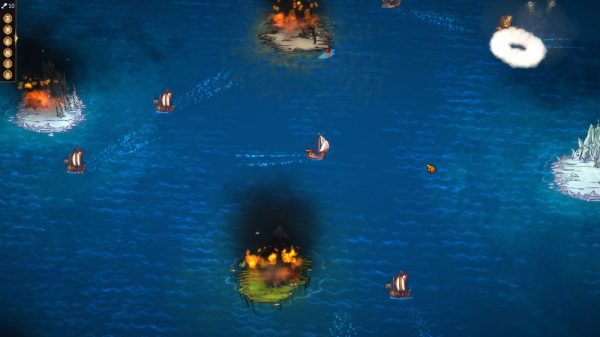 Overfall left Steam Early Access with a story builder. It is an easy to use tool that helps players write, design, and share their own quests.  Aspiring modders will be able to create quests within minutes of cracking open the story builder. The UI is simple enough that wading through the style guide will probably be the biggest challenge in creating new content for Overfall. Considering the rogue-like nature of the game, giving the community a chance to add content to the game is probably the smartest thing Pera Games could have done to keep the game fresh. 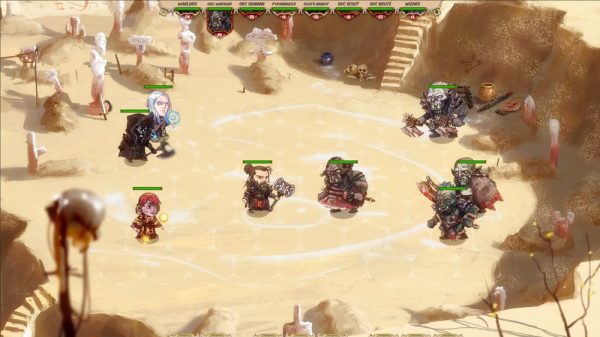 Overfall’s animations are quite simple, with parts pivoting on a small number of joins in an almost South Park-like style. Normally, the animations would look quite awful, but it is really charming and unique when paired with the game’s storybook-like two dimensional art style. On the technical side, the game is not particularly demanding and should run well even on laptops and low end computers.

Overfall has a good audio experience. The sound effects are solid. The soundtrack is the standard epic fantasy fare. It is a good soundtrack, though nothing Earth shattering or unforgettable. 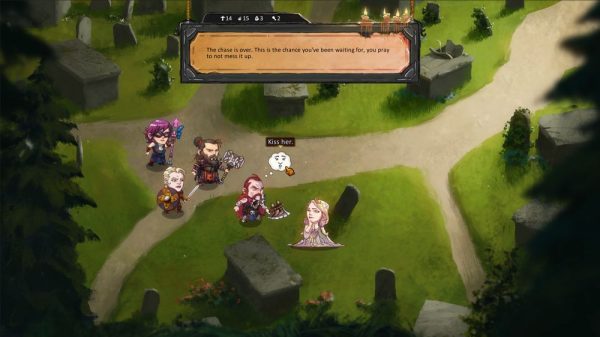 Overfall is a solid rogue-like RPG. The game’s story is designed well for the rogue-like mechanics and the addition of the community story builder tools is brilliant way to ensure fresh content across multiple playthroughs. The audio/visual presentation is excellent. The gameplay mechanics are extremely tight and easily picked up. I wish the game gave a little more guidance to new players, as I personally felt that I was just dropped into the middle of the sea of Overfall right out of the gate. Good thing Overfall is worth that extra effort to push past that initial drift.

Overfall is a solid rogue-lite RPG that is a bit difficult to get into, but is a satisfying game with plenty of content to keep each run fresh.
8