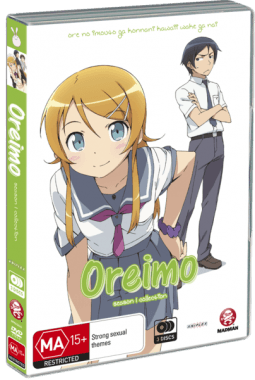 Overview:
Oreimo is a series that based simply upon premise alone pidgeon-holes itself to a very specific audience. For those without the benefit of understanding of the Japanese language, the full title of this anime which is Ore no Imōto ga Konna ni Kawaii Wake ga Nai translates into something somewhat perculiar in English, that being ‘My Little Sister Can’t Be This Cute!’ Immediately that title right there will give you an idea of whether or not this series is for you. It says everything about the series but at the same time says very little about it. Underneath the somewhat embarrassing premise is actually a truly enjoyable anime series that will have you laughing so much you’ll soon forget this is about a guy developing strange feelings towards his little sister. 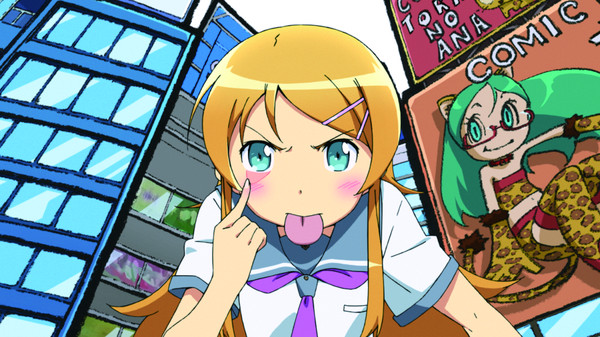 Story:
The fulcrum of Oreimo is of course the relationship between Kyousuke and his little sister Kirino. Their relationship is the focal point of the entire series and as such most of the tension and conversely the humor relies upon the chemistry between these two characters being believable. Thankfully it is exactly that. One of the things that stands out so much about this series is the interactions between it’s two main characters, they truly do feel like family and the comic tension between the two is electric.

The plot revolves around these two characters and as previously mentioned focuses on their relationship with one another, which does indeed feature some underlying incestual tension. But in the end despite it’s name feels ultimately secondary to the rest of the craziness in this series.

It’s very clear from the outset that this series understands it’s target audience and it is very willing to let them in on that fact. There is so much here that is aimed for the hardcore otaku, whether it’s character-types, scenarios of references, it’s hard to find a more otaku-targeted series than Oreimo. Unfortunately due to this a lot of the humour will fall flat on it’s face for casual viewers should they manage to wind up watching this. While the situational humour may still hit the sweet spot for casual anime fans, the more specific and nuanced material will simply leave them puzzled.

This first season is relatively consistent throughout although it hits a significant road bump it’s third act when things take a strange turn. Thankfully it redeems itself in it’s powerhouse final hour where it ends in brilliant fashion, albeit still leaving the lingering desire for more Oreimo fun even with the OVA episodes in tow (a desire which of course was satisfied with the second season, which hopefully Madman will also release). Admittedly the story and characters would connect better with a hardcore anime fan, there is still a lot that even the most casual anime viewer could draw enjoyment from. 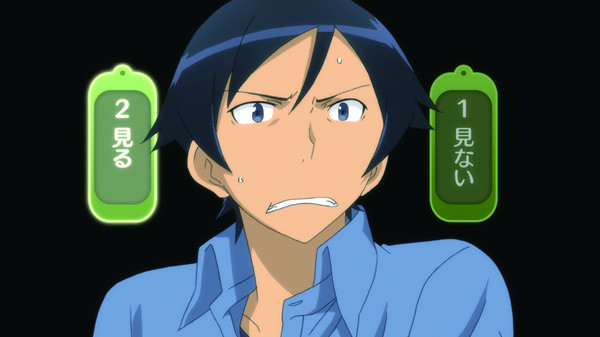 Visuals and Audio:
Aesthetically and aurally Oreimo is very appealing. It never reaches anything resembling beauty, but for a comedy series the art is solid enough to get a pass. In terms of quality the animation is fluid and the palette is quite vibrant and lively echoing the tone of the series as a whole.

Audio-wise Oreimo feels like the entire soundtrack was composed by Reel Big Fish. I don’t really know why but so much of this sounds like cheesy 90s ska rock was only just now discovered by the Japanese and they decided to throw it onto this anime, but it actually surprisingly works very well. Don’t believe me? Just check out this anime’s opening theme and tell me differently. It’s a strange pairing that somehow manages to go hand in hand.

When it comes to voice-acting there isn’t much to say really. This is a subtitle only release and as such features a Japanese audio track only, which in itself isn’t bad as this is one of the better examples of Japanese voice acting out there. The comedic timing of these actors and actresses is great and the chemistry is evident. It is a shame though that there was no English dub for this. 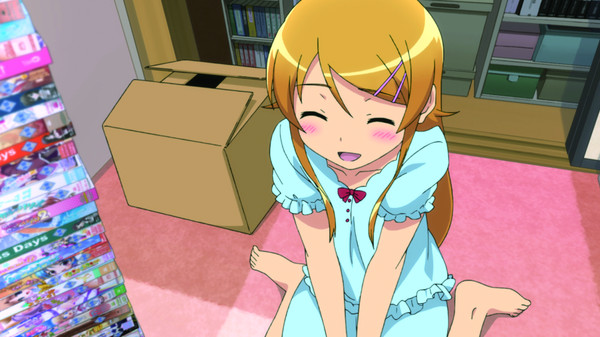 Extras:
This collection of Oreimo does suffer for it’s lack of an English dub but it more than makes up for it with it’s plethora of special features it’s got supporting it. First of all the bonus OVA episodes are a real treat and make for a very welcome inclusion to this release. That is 4 entire episodes extra than your standard release and on top of that they serve as somewhat of an alternative ending to the season. That honestly would’ve been enough, but Madman wasn’t done there. They included textless opening and endings for each episode and on top of that threw in a Japanese cover art gallery as the icing on the cake.

I must say this is easily one of Madman’s best efforts yet in bonus content. They have not only provided a quality release throughout but they have gone the extra mile and made this a release that fans can cherish. This is how you do things, Anime industry. 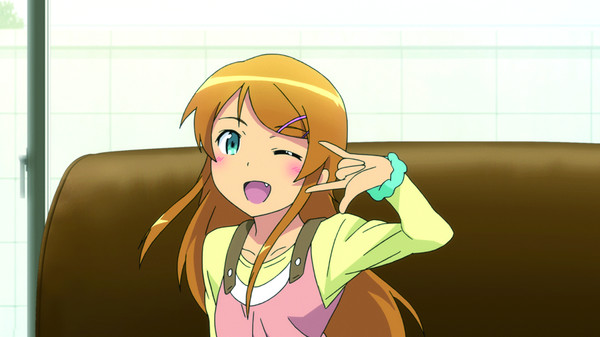 Overall:
Oreimo is an anime that you more of less can make up your mind about from the get-go. It’s a series that knows it’s audience and strives to be the best in can be for that particular viewership. Does it suffer for it? Sometimes, but only because it’s almost too clever for it’s own good at times. This isn’t for everyone, but can be enjoyed by almost anyone. While being a relatively simple affair, Oreimo makes for an incredibly nuanced and intelligent comedy anime that has a strong sense of identity and purpose, a rare gem indeed.