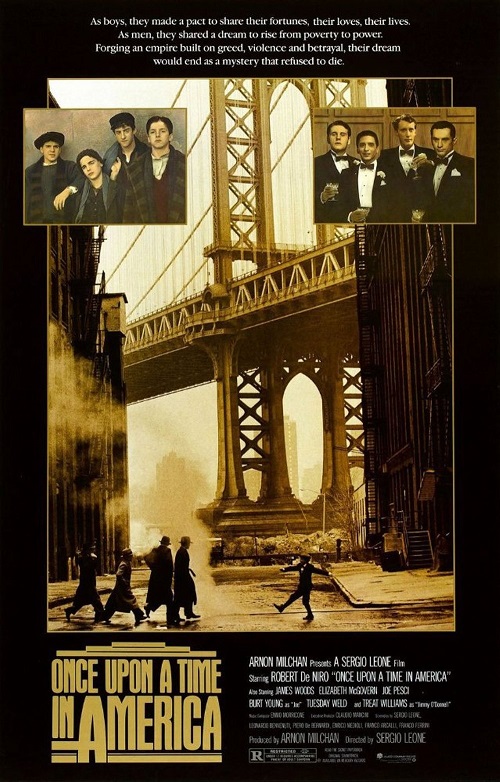 Once Upon a Time in America

I’m a fan of spaghetti Westerns and I am familiar with director’s, Sergio Leone, works from A Fistful of Dollars and The Good, the Bad and the Ugly. It was due to a blind spot in my film nerd knowledge that I didn’t actually know that Leone was the director of Once Upon a Time in America which made me all the more interested to see it. I put away my ten-gallon hat and donned my trenchcoat instead as I made my way down to George St Cinemas for the In the House screening of the film.

Our MCs for the evening were David ‘Quinny’ Quinn and one of managers at George St cinemas. They opened up the proceedings by announcing the new line-up for the next season of In the House before moving on to trivia about the film. Of particular note from their conversation about the film’s production is that Ennio Morricone had finished composing the film’s soundtrack before shooting had started and so Leone had the music played on‑set for the actors to listen to as performed their scenes. They also mentioned that we’d be watching the three and a half hour cut of the film (which I had not been expecting) but I entered into a state of homeostasis and buckled down for the long haul… 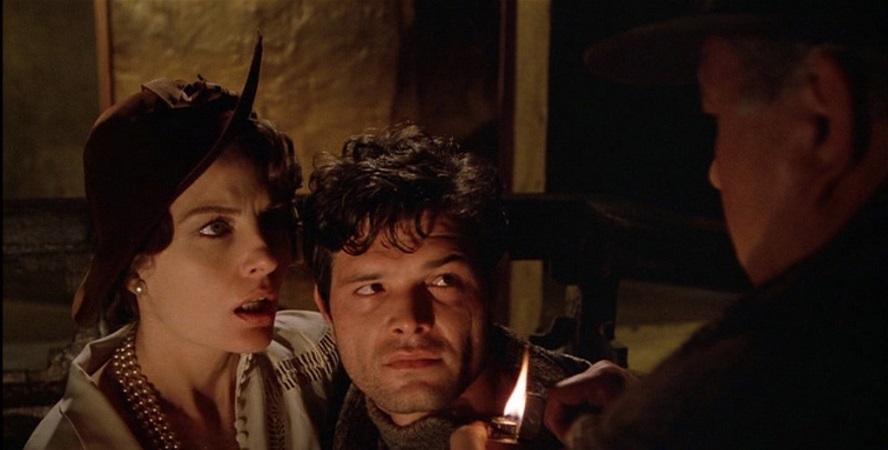 The film cold opens in 1930s New York as David ‘Noodles’ Aaronson (Robert De Niro) on the run from gangsters. He escapes into hiding but is brought back 30 years later by a mysterious letter sent to him, asking for his help in burying his dead friends. The story then takes us back to his youth and growing up in a Jewish ghetto and forming a gang with his childhood friends to try and improve his lot in life. As the story jumps between the past and the present, we learn of the rise and fall of the gang and how it got to be that Noodles ended up on the run for so long and who it was that wanted to bring him back. 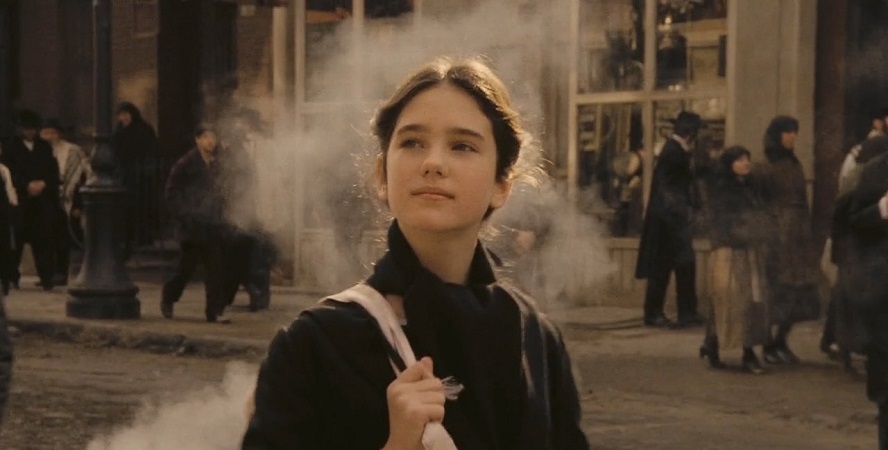 There’s a lot that I love about this screenplay and how it’s able to carry it’s narrative across multiple points in time. It creates an interesting dynamic and puts us on the backfoot as we try to piece together what we know of the past and present to make sense of the story. It keeps the story interesting and lets us feel the dept of De Niro in his performance. My one quibble is that the film’s extended cold opening leaves it’s audience in the dark for too long. Granted, the rest of the film was more than worth this stilted first impression, I can’t recommend it to an audience who doesn’t have the patience to give a film a chance to develop.

The film’s emotional breadth is a honestly quite awe inspiring with how the film is able to take you on a rollercoaster ride of feelings. Granted, for the film’s runtime, you hope there’s some variety in the places it takes you and I can happily say it never feels the need to repeat itself. There are aspects of this film which have the hallmarks of a rough ghetto bildungsroman; there’s elements of a noir mystery with the film’s framing device; while other arcs are more recognisable as a traditional gangster narrative which you’d expect from a film like this. What caught me absolutely off-guard was how erotically charged quite a few of the film’s scenes were. Sex has always been a staple of gangster and noir films as a lurid set dressing to titillate an audience but here, as is more often found in arthouse European cinema, there’s an energy and thought behind it which really sets it apart. I was not expecting to be taken on this journey but I have to admit that I enjoyed almost every minute of it. 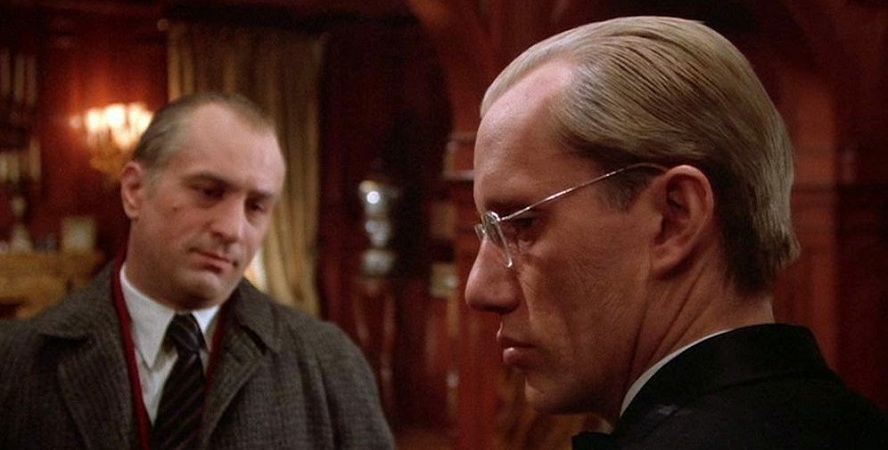 The performances from the ensemble cast are superb across the board but De Niro should be specifically highlighted. De Niro’s Noodles is given a significant depth to which with the film can explore his character. His arc from impulsive and destructive youth to remorseful old age as he struggles with the consequences of his earlier choices is a compelling one. With the film’s run time, we get a lot of perspectives on his character that works to frustrate our categorisation of the character. We see how he betrays and harms those closest to him for the best and worst of intentions. It’s an intense character study which doesn’t shy away from showing us the brutality behind the charm of our criminal protagonist. It’s depiction of sexual assault, especially, is one which the film goes to great lengths to depict in all it’s confronting horror and I feel it prudent to mention it here… 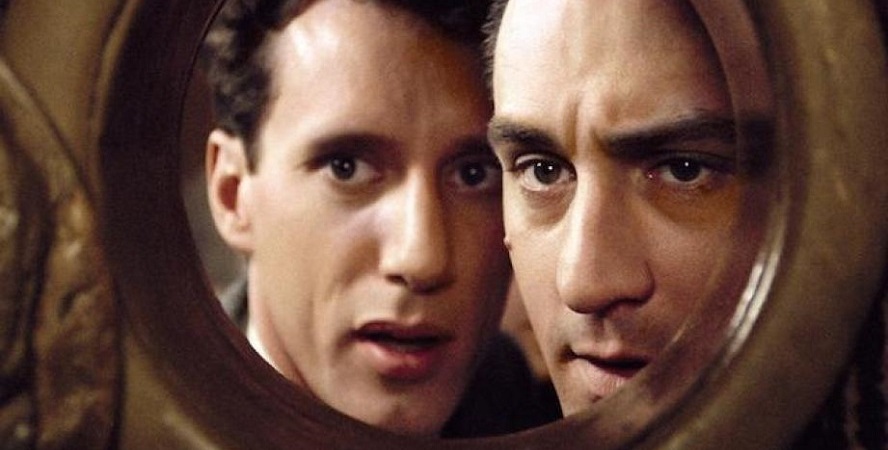 Sergio Leone is a master of the art of cinema and this is on full display in his attention to detail here with superb cinematography. The shot composition makes a lot of use of space and montage to highlight the act of seeing especially as the film goes to great lengths to showcase with extended sequences of shot-reverse-shot used purely to convey this to us. Leone’s style for this film is an interesting mix of subtle and stylised imagery which almost comes together in a surreal manner for the audience. It gives the entire film an almost dreamlike quality as we see familiar images of American city life portrayed in just a slightly off-kilter way. It’s a unique feeling and not one I expected from a rough and tumble gangster film but it is one that I very much enjoyed. 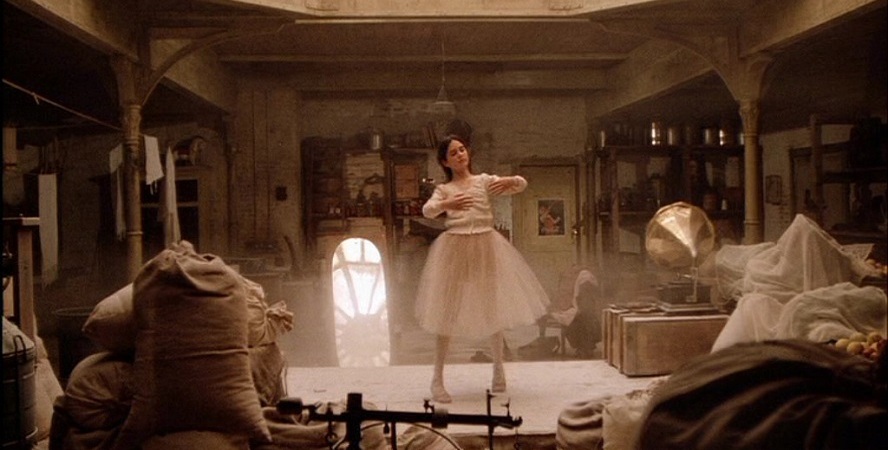 The depth of thought invested into the film’s production found it’s way similarly into the film’s audio design. For anyone who’s aware of composer, Ennio Morricone, other work; you’ll notice distinct similarities with some of his other work with Leone on Westerns. In particular, he has a way of combining strings and wind pieces together into sweeping and nostalgic movements which really hammer home the emotional journey of our characters. Of note, as an aside for how it stood out, was the film’s use of an instrumental cover of The Beatle’s Yesterday. It was a perfect accompaniment for the sorrowful and regretful Noodles in his old age and certainly left an impression on myself my companion for the screening. 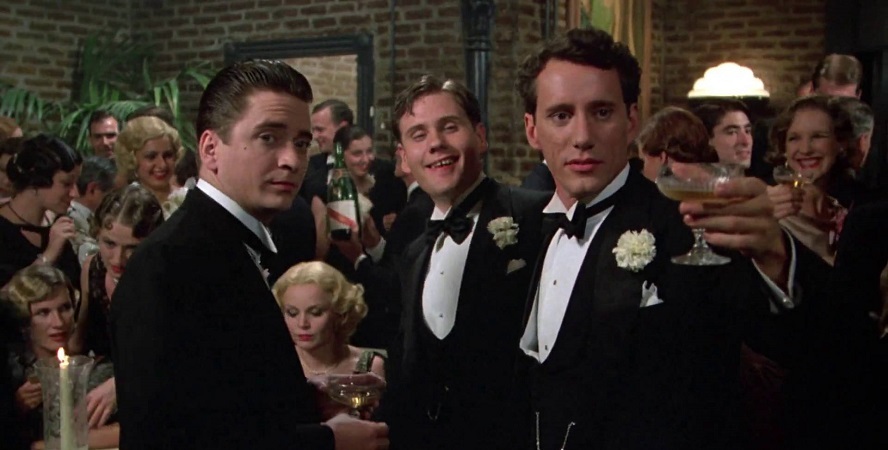 This film asks a lot of its audience in terms of runtime alone… but I’d argue that it’s worth what it asks of you. The story’s structure and pacing help to capture to attention for the film’s extended runtime and keep you invested across the hours you will spend in it’s embrace. The cinematography and visual direction work together to create a beautiful dream-like feeling for much of the film’s runtime. The film similarly makes inspired use of the various pieces in it’s soundtrack to reinforce the emotional beats of the film in a way which ultimately haunts you far beyond the film’s runtime. It’s, at times, a confront piece of cinema but if you have the stamina and fortitude to bear through it; it’s a classic of cinema which is worthwhile to experience in its totality.

We at Capsule Computers also wish the best to David Quinn and Jason Davis who leave behind their roles as hosts for In the House to move on to other things. We’ve enjoyed their antics for the last couple of years and we look forward to whatever other projects they pursue.
Capsule Computers review guidelines can be found here.

Once Upon a Time in America is a confronting classic of crime cinema which deserves to be seen by those with the stamina to ride out its runtime.
9