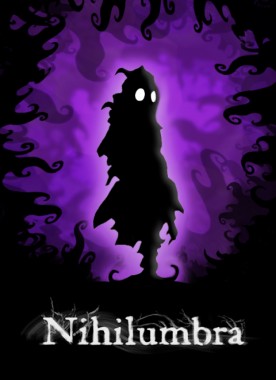 Nihilumbra is a puzzle platformer by Spanish indie developers Beautifun Games. The title was originally released on iOS. With the PC release, Beautifun Games has added HD textures to compliment the platform’s larger monitors.

Nihilumbra is a dark tale about a creature born from the depths of The Void. Our hero quickly chooses a humanoid form and begins its escape. The Void is chasing it mercilessly, bent on reabsorbing our hero.

As its name suggests, Nihilumbra is a dark game. The story is told through statements and questions appearing in the landscape while a male voice narrates. Beautifun Games did an excellent job in creating an interesting presentation. 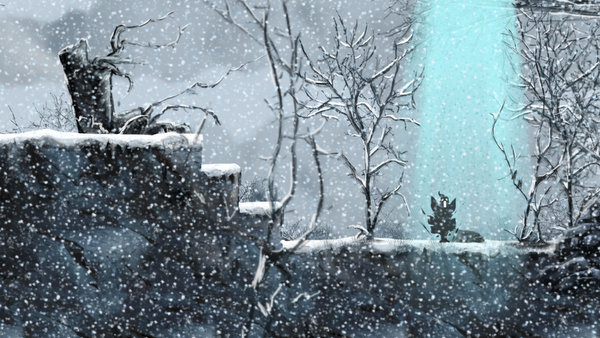 Unfortunately, the biggest flaw in Nihilumbra is the pacing in its emotional journey. I found the tone to rise and fall awkwardly as it cycled from really dark moments to a hopeful and sometimes defiant tone. The transition between the these moments are abrupt, with some occasions going from the dark voice of depression and gloom to the next sentence full of hope and desire. I feel the dance between bipolar emotions was a good fit for the game, but simply fell short in its execution.

Nihilumbra is a puzzle platformer that provides players with five special abilities. These abilities are represented by a single colour and can be painted on surfaces to create a variety of effects. The abilities will need to be mixed and matched to conquer the puzzles the hero will encounter. A new ability is introduced in every new world. Nihilumbra contains five worlds plus a special Void Mode that will allow players to replay all the new levels with a challenging new twist. 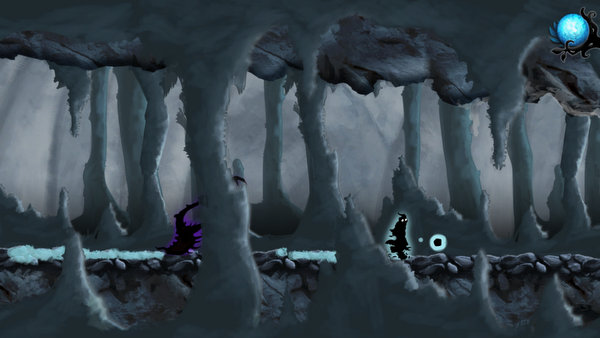 The five abilities provide unique gameplay elements. Beautifun Games takes full advantage of the abilities in crafting the puzzles. For example, one puzzle will require the player to use the mud ability to sneak past a sleeping monster while another will use the same mud ability to pin monsters safely in a corner while our hero proceeds forward. For the most part, Nihilumbra is right on the mark on difficulty level. In the main game, there was only one puzzle I could think of that required a little bit of luck to complete successfully. The first half of the game can easily take three to five hours to complete, with Void Mode taking substantially more. The difficulty curve in Void Mode compared to the regular story mode is vastly different. Veteran puzzle platforming fans will have plenty to occupy themselves with in Void Mode as it is extremely challenging. 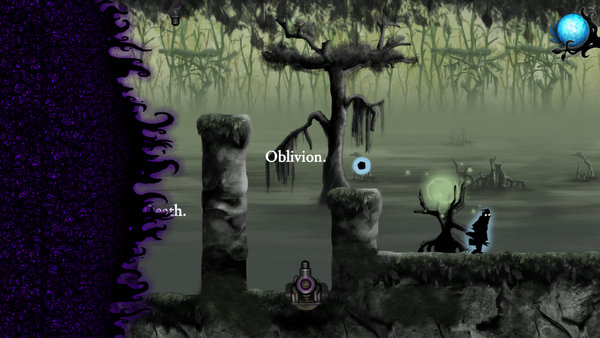 The weakest part of Nihilumbra’s gameplay are the final boss levels in each world. In the end, the hero is chased by The Void and must finish puzzles under the pressure of time. Unfortunately, the player’s advancement is locked to the camera which slowly follows the plodding Void. Often times, I found myself anticlimactically standing at the far edge of a screen waiting for the camera to advance which caused unnecessary interruptions in what should have been an extremely tense moment. I would have preferred to see the player be allowed to move at their own pace at the cost of The Void advancing faster.

Nihilumbra and the PC seem to be a fit made in heaven. The touchscreen controls translate well to the PC. The hero is moved with the traditional WASD combo that will be familiar to all PC gamers. Ability swaps can be done through the old UI which requires the user to click the orb in the top right portion of the screen or by using the 1-5 keys. The void ability is permanently bound to the right mouse button. The controls work very well on the PC, my only complaint is the fact it is not possible to bind keys to personal preference. 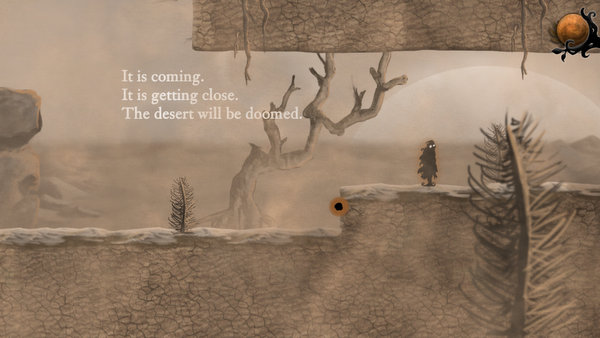 Nihilumbra has five different worlds. Each world is based on the ability acquired in the level. The purple and black void clashes wonderfully against the serene, yet lifeless world. The monster design is interesting to look at and fit well with the game’s theme. Important gameplay elements like box types and monster types are instantly recognizable, a boon when completing sequences while being chased by The Void. Small touches like our hero sneezing in the cold mountains and sweating profusely in the volcano are wonderful little touches that create a complete and believable world. 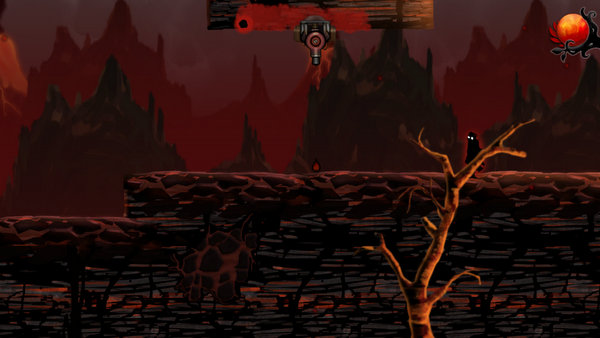 On the technical side, Nihilumbra runs smoothly on modern PCs. There are options to lower the graphic quality by using the older standard textures for those with less powerful computers. The only problem with the game’s graphics is that the game is locked to fullscreen mode. Gamers who prefer to play in windowed mode will be completely out of luck.

The audio experience is probably the best part of Nihilumbra. Composer Álvaro Lafuente steals the show with his wonderful soundtrack. Nihilumbra’s music is moody and melodic. Each piece helps build each world’s mood and the soundtrack is definitely worth picking up at four dollars. The narration’s voice acting is spot on. The actor delivers an excellent performance which is mixed with a slight echoing effect that becomes the hero’s inner voice. The sound effects are thoroughly enjoyable. Each ability has its own little sound and the monsters can make some really horrifying noises. Nihilumbra’s sound direction is all around a pleasure to experience. 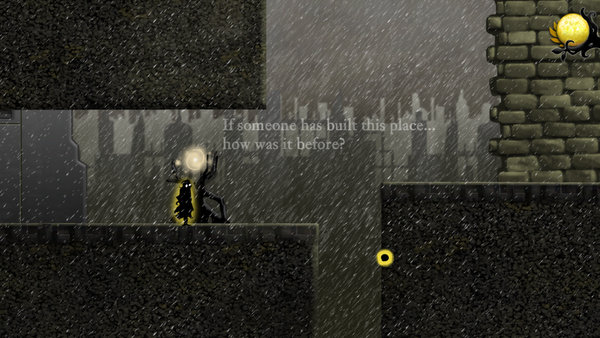 It is easy to see why Nihilumbra won iTunes’ Best of 2012: Hidden Gem award. Nihilumbra is boasts solid puzzle platforming action with some unique ideas. The gameplay is supported by excellent visuals and a fantastic audio experience. Unfortunately, Nihiumbra falls short due to its awkward story that feels more like an unpleasant emotional yo-yo then an uplifting tale of triumph over darkness and despair. At $9.99, Nihilumbra is a must buy for puzzle platformer fans. I also highly recommend the game for anyone looking for an interesting and modern take on a classic genre.