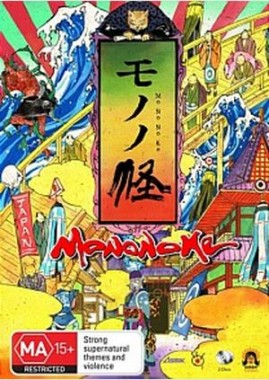 The supernatural and ancient Japan seem to go hand in hand and lately the world has seen a lot of what this combination can do within Anime, some get it right and some fall through the cracks, Mononoke is one of those ones that is neither, Mononoke seems to make it’s own rules. This horror-filled, supernatural, detective story is an odd one both visually and aesthetically. It seems to hit you in a way that not a lot of other titles can. 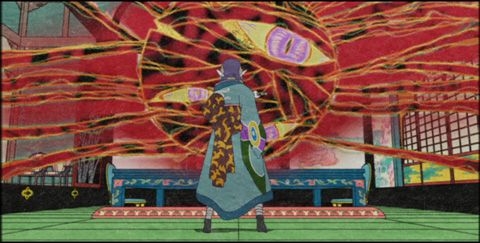 Mononoke is the “spiritual sequel” of a series called Bakeneko but the good thing is that the stories don’t entirely link up, basically the only thing the two titles have in common is the main character and an encounter he has from his past in one of the many small story arcs that make up the series. Which brings me to my first point: The set-up, storywise, for Mononoke is very much in the “Monster of the week” category. The story of the series is made up of little, individual and unique stories. The main protagonist, only called “The Medicine Vendor”, travels around this skewed vision of Edo in search of ghostly aparations or Mononoke which is the way they refer to these happenings, each time he finds one he does a bit of detective work and kills it. It’s actually that simple. While the stories within the big story aren’t so “simple”, that’s the best way to describe it all. The mythology behind every event was great and , considering I’m a big fan of the supernatural, I really enjoyed it. Even when it got that little bit too weird at some points you tend not to mind because you’re already under the impression of a twisted reality. 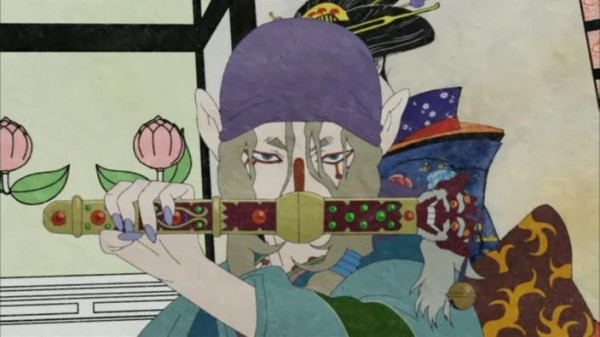 While I enjoyed watching this man roam around Edo killing supernatural beasts and while I also enjoyed the small stories and their mythological tales I did find the pacing to be quite elongated and, to be honest, fairly boring. I understand that because the stories were detailed it needed to be spread over two or even three episodes but I found that by the last episode I no longer cared at all about what was happening. Repetition does not help this series at all, it seems as the the Medicine Vendor says the same lines over and over again to all these different characters and while they don’t know what’s happening and need explanation, the audience doesn’t and that’s where it ruins it for me. One thing I did enjoy was the way episodes were introduced, it was set out like a traditional Japanese play with opening acts, closing acts, plenty of theatrics and extremely over the top characters. They really brought that to life. 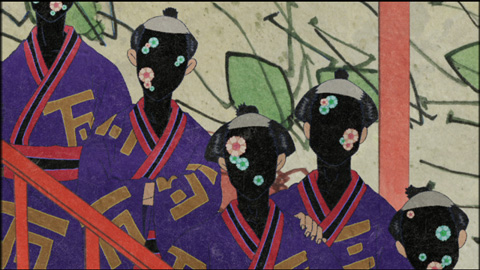 This series blew my mind when it came to aesthetics. To put it bluntly; watching Mononoke was like running through the Edo period of Japan high on acid. Everything was askew, the colours were incredible, it was as if they threw a woodblock carving into the 70s. At pints within the series it was hard to tell what was an illusion and what was reality which is fantastic because you felt the same way the clueless characters would’ve felt. The great thing that the visuals to to the viewer is that they force them into the position of meaningless characters instead of the know-it-all, hero of the day, main character. It was set out like a a traditional Japanese play, characters had plenty of makeup and the over all style seemed like it was intentionally meant to look like an Ukiyo-e play. Characters were designed in a way that made them look like rough paintings on wooden blocks and I thought that fit in perfectly with the entirety of the series. 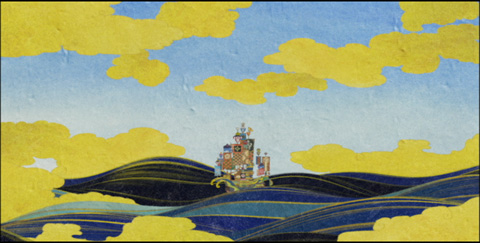 More than anything, the music in Mononoke was excellent. It was traditional, it was haunting at times and it helped me circle in on the events that were transpiring. The voice acting was good but the characters were quite boring, not every character was but the ones that counted were. The big thing that got to me was the repetition of dialogue, it was the same thing every two or three episodes and I got sick of hearing the dull, monotone voice explain the same thing over and over again. Unfortunately it’s just one of those bad things that seems to stick out. There is no English audio which isn’t a bad thing because I believe if a series is meant to be strictly Japanese there should be no English voice acting. 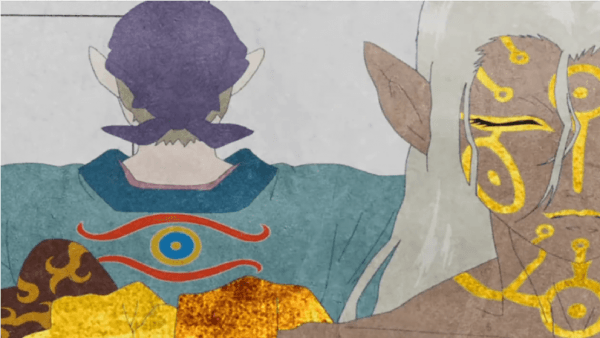 The extras are fairly standard in this release. Clean opening, clean closing and trailers which is the usual set up for Animer releases. One thing that was great though was a small “documentary” labelled “Making Bakeneko” which is exactly how it sounds. It’s just nice to have that little extra in a release and I guarantee it would’ve made fans of the first series happy. There was also a reverse side to the cover which had a picture though unfortunately is was just a larger version of what can be seen on the front cover. 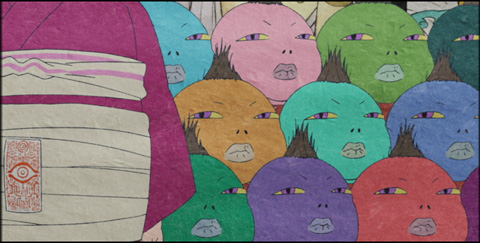 Mononoke is great for people that love Edo Japan, supernatural tales and detective stories because that’s exactly what it is in a nutshell. It’s a great short series but unfortunately it’s set back by a few things that I just couldn’t overlook. I wouldn’t suggest you overlook this one though because aesthetically it’s beautiful and the sounds of Edo Japan will be ringing in your ears for days on end. It’s one of those Anime series’ that forces you to think about it when you are away from it which I think is fairly rare. Look what it lacks isn’t style, nor is it lacking it’s intense moments, it actually doesn’t lack anything, there’s just far too much repetition and I feel like it’s a bit stretched out but that doesn’t mean it should be overlooked as a series, it’s still fantastic and it still does what it intends to do; it gets you confused and forces you to question what is real. Don’t pass this one by.