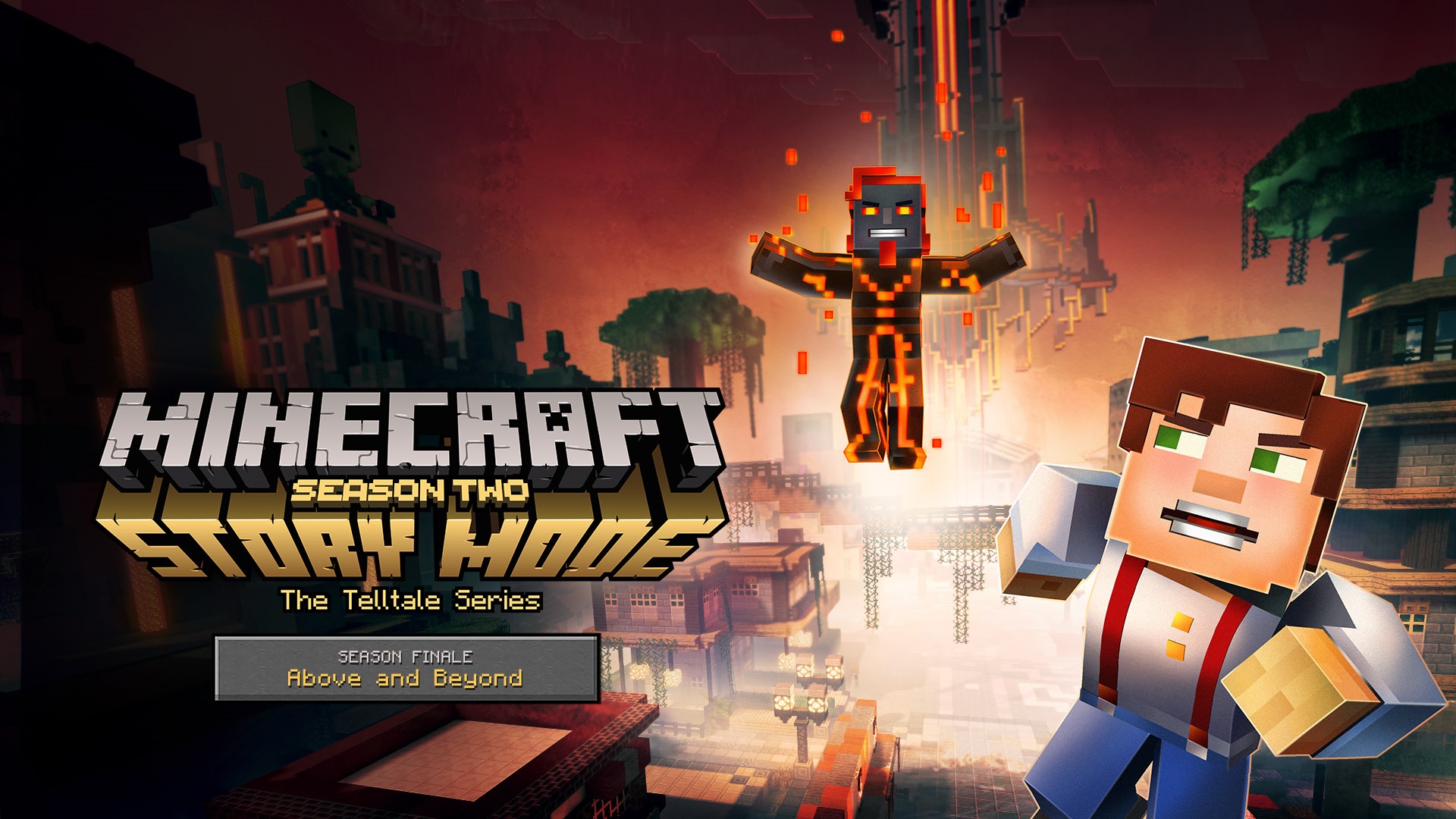 Minecraft: Story Mode Season 2 – Above and Beyond

When releasing Minecraft: Story Mode’s first season the developers had managed to already wrap up the core storyline and use the final episode to lead into what would eventually be a three episode season of side-stories. With this second season however we have the fifth episode, Above and Beyond, continuing the battle between Jesse and the Admin. Can this final episode wrap things up nicely or does it fall flat after a difficult season?

Considering this is the final episode of Minecraft: Story Mode Season 2 those who wish to continue reading past this point should expect various details and reveals over the course of the season to be discussed so if you have yet to play through the season so far, be wary of various spoilers below, though it is worth noting that major events for this episode will be kept to a minimum. 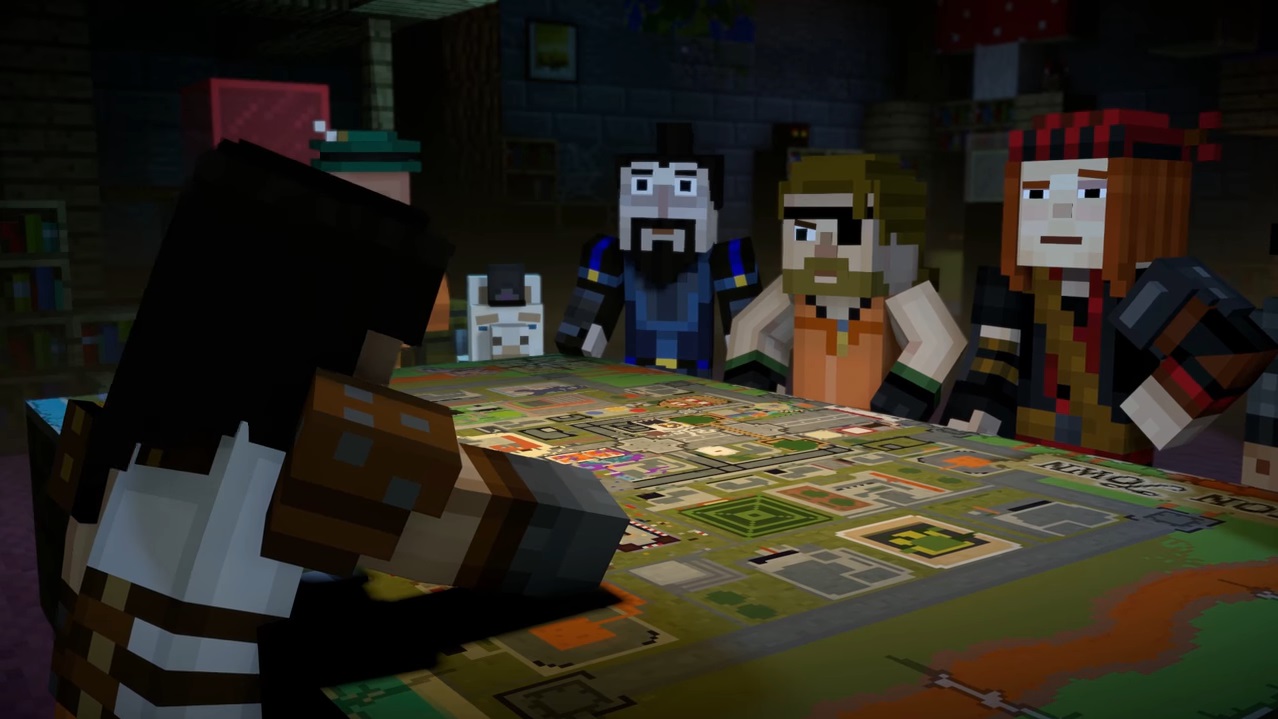 When we last saw Jesse and the gang they had just managed to escape from the blighted realm that was left behind by Romeo when he went crazy with his new Admin powers. No matter who you managed to bring with you through the portal back to Jesse’s normal world, the group navigates secret tunnels in an effort to return to the newly reformed Beacontown only to witness the drastic changes that it has undergone since the Admin took over while posing as Jesse.

It isn’t long before Jesse manages to come up with a plan that, with the help of his new friends as well as the returning Axel and Olivia, will hopefully allow the group to make use of the information they worked so hard to obtain and remove the Admin’s special powers once and for all. Of course, with everyone except his close friends believing Jesse has turned evil, things aren’t likely to work out as easily as they would hope, especially once the Admin catches wind of their presence.

By bringing the location of the story full circle players are given an immediate look at just how cruel things can be under the rule of the Admin’s thumb when comparing the celebration held at the start focusing freedom and unity that helped create Beacontown and the one held by the Admin that focuses solely on narcissism. Where people once cheered they now cower in fear or put on fake smiles in fear of being punished by “Jesse.”

There are numerous smaller decisions to make throughout this episode though the flow of the story progresses at a predictable pace with very little actually getting in the way of Jesse’s plans. In fact, even when it seems like something may go wrong it is simply forgotten about in an effort to move the plan without a single real hitch until the final confrontation against the Admin. 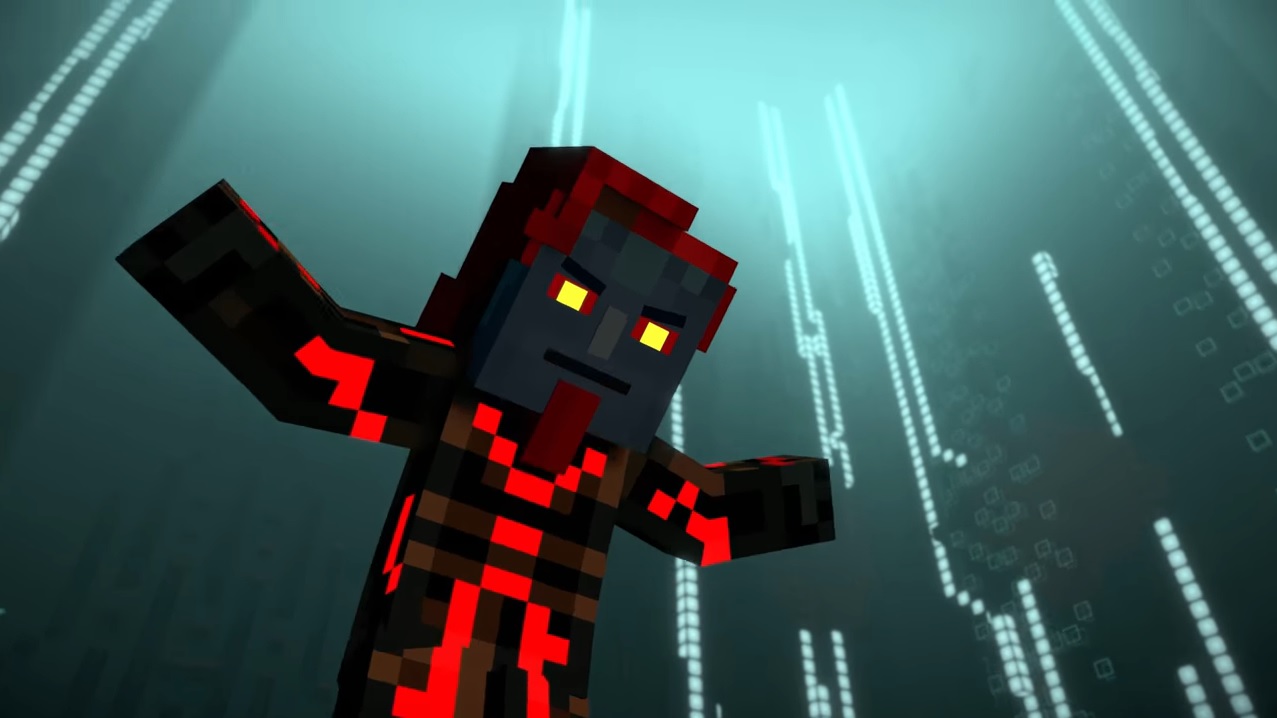 One thing that the writers of Minecraft: Story Mode Season 2 should be complimented for in this episode is constructing an incredibly satisfying final boss fight. Thanks to the Admin’s abilities players are brought to a number of different locations during the fight while also changing up their strategy every time the Admin assumes a form he previously took to either trick or mock Jesse and the group. It is worth noting that the majority of the choices you make this episode only play a smaller role, players are once again given a heavy decision to make that will change the finale depending on what you select.

On the other hand, the choices that you may have made over the past episodes are left to the wayside as numerous events occur that make past critical decisions meaningless. Through various “deus ex” style developments various companions that have been left behind return just in the nick of time to help out and have their story wrapped up. In the end though players will find that their ending can vary quite a bit from others depending on certain innocuous seeming decisions they may have made in the past, allowing for a unique enough experience that still comes to a satisfying end no matter how things play out.

Since this is the final episode the focus happens to be primarily on talking with characters and taking part in action sequences. There are a few puzzle elements here and there as well as a crafting sequence but for the most part you’ll simply be exploring and fighting in this episode since there are no free building sequences this time around. In fact, the final puzzle players are presented with can be a bit tricky thanks to the numerous ways you might try and solve it at first, so be prepared to try and fail a few times in this sequence.

As previously mentioned, thanks to the game returning to Beacontown for the finale players are able to witness the stark contrast between the ruling styles of Jesse and the Admin as the design of the city and the overall feel of the world is drastically different in this episode and the developers have handled this section well. The aforementioned boss battle is also handled well enough with the designs of the Admin fluctuating perfectly to give players a feeling like they are finally dealing damage to a foe that once seemed insurmountable. 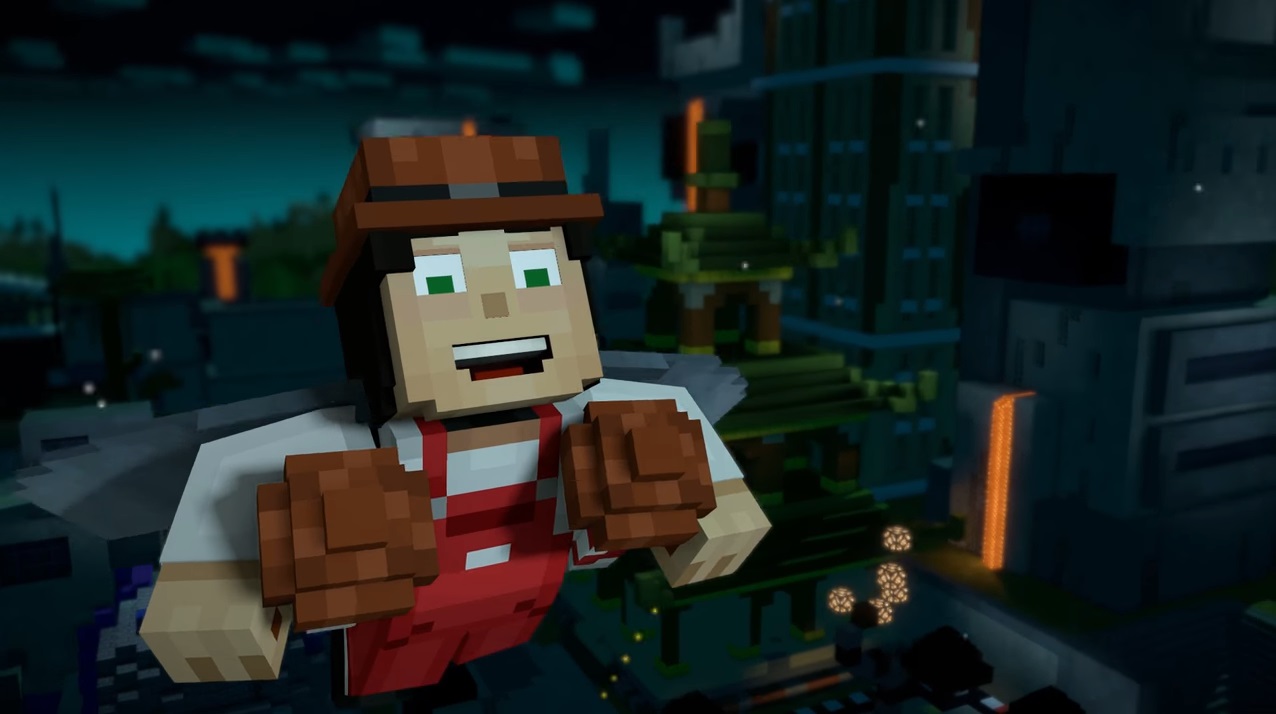 Through this finale players once again see a number of returning characters who have retained the voice actors they’ve been given since the start of the season while the soundtrack features  a number of fitting tracks for the sequences that play out this episode.

While the journey to this ending may have been a rough one, Minecraft: Story Mode Season 2 comes to a satisfying ending with Above and Beyond. The weight of some past decisions are negated through poor plot development while others that may have seemed simple are given more impact than you may have guessed in the past as the story comes to a conclusion that feels like it could be a solid conclusion to Minecraft: Story Mode as a whole.

Although things may have been rough this season, Above and Beyond brings Season 2 to a satisfying conclusion as Jesse finally faces off against the Admin with the fate of the world on the line.
8