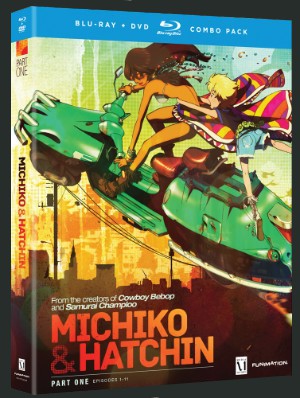 Overview
Series director Sayo Yamamoto has worked on some great series’ in the past like Samurai Champloo and High School of the Dead for both storyboard and episode directing, eventually becoming the first female director of a Lupin the Third series. But, before she got the job directing the fantastic The Woman Called Fujiko Mine, she directed this series, Michiko & Hatchin. Her first chance at full creative control, is Michiko & Hatchin a great series in it’s own rights or a stepping stone? Let’s look at what Part 1 has to offer. 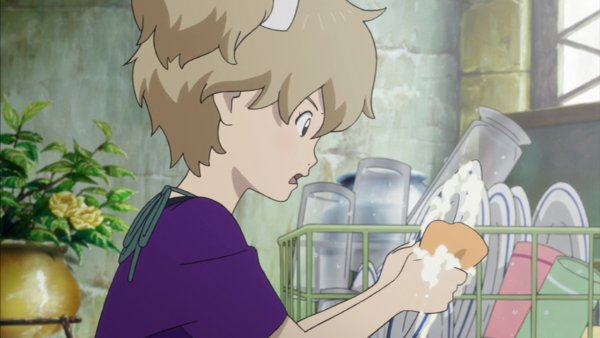 Story
Michiko & Hatchin opens up on a prison break, as Michiko Malandro frees herself and shows no remorse for the hails of bullets she throws round on her way out. An exciting opening to the show and great introduction to such a free spirited character, the tone quickly changes with the introduction of the other main character, Hana “Hatchin” Morenos. A classic Cinderella story, Hatchin is a child in foster care with two foster siblings that hold no love for her and two foster parents that only treat her well as the minimal child support she brings them. A life no one would want to trade her for, but which no escape could ever arrive. But fortunately for Hatchin, Michiko has escaped prison specifically for her and after smashing up a few places the two take off together in search of Hatchin’s father, Hiroshi.

The first half of this series encompasses 11 episodes, broken up into 2 or 3 episode arcs as the two characters travel from town to town trying to find what they can about Hiroshi. The first two episodes serve as a great introduction of the two main characters, as well as their main antagonist, the police inspector Atsuko Jackson. From there the arcs explore the complicated relationship that forms between the two heroines, as they continually argue, split up, and reconcile. Seeing the arcs split up across the different cities they visit paints both a broad picture of the fictional South American country they live in, while supplanting new and interesting characters at each stop. 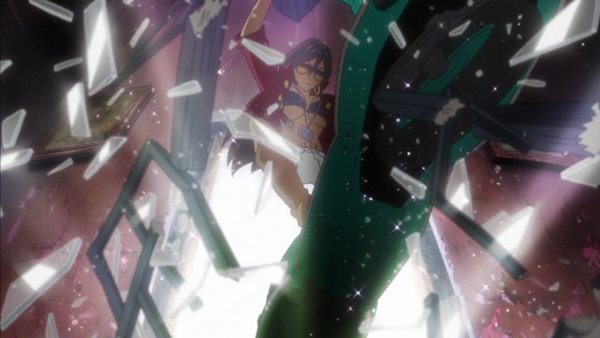 While only covering the first half of the entire journey, the 11 episodes in this collection actually do a good job of providing a suitable arc. Beginning with the first meeting between the two and ending up with both having a solid understanding of each other, Michiko & Hatchin Part 1 provides a lot of fleshing out and exploration of not only the characters, but the country in which they live. Though outside of the two coming to terms, there is a considerable lack of resolution left for Part 2.

Visuals
While certainly colorful, the world that Michiko & Hatchin takes place in could certainly be described as a technicolor ghetto, with poverty and street thugs present in every city they stop in. From full fledged gangs gunning for each other, to adolescent boys playing out the actions of the older, but all the while maintaining a feeling of bright and alive in the shops, hotels, and clubs. Where so many anime are set in Japanese, European, Futuristic, or Medieval settings, here there is something truly different with the styles of South America coming alive. This goes even deeper with all of the dates and locations being given in Portuguese, rather than Japanese or English, to add extra depth. 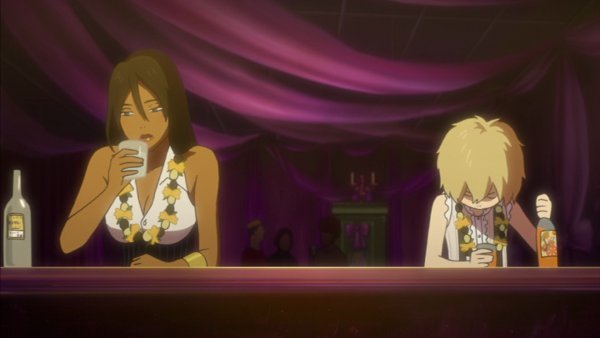 The character designs are also very vibrant to match the setting and never become stale. The characters actually change their clothes and styles as they travel from place to place, and as an even bigger commitment to realism utilize fashion from Colcci, especially for Michiko. It is great to see more effort being put into what characters wear, even more so as they go from place to place and their situation changes. It is a detail that can easily be left unexplored, but when it is can add much much more to the characters they are creating.

Audio
The voice acting in Michiko & Hatchin is quite well done for both the original Japanese and the English Dub. Both language tracks feature great female actors not only for Michiko, but Hatchin and Atsuko as well all working well together to make both options almost equal in quality. Though the English in this case may actually be preferred as Michiko sounds not only suitably tough, but suitably accented. 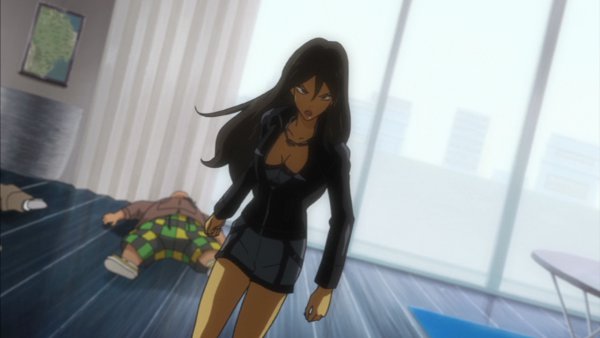 The music of the series also does a great job with fitting the location, with the music all sounding South American and being recorded by the Brazilian artist Kassin, as well as being produced by the always outstanding Shinichirō Watanabe. With all of these things together, the series features great music throughout and feeling right at home. The opening theme “Paraíso (Paradise)” by Soil & “Pimp” Sessions is interestingly mainly instrumental, but feelings very akin to the Cowboy Beebop opening. The ending theme “Best Friend” by Karutetto is much more traditional in the style of anime, though still fitting the setting and matching the themes of looking for someone. The music is all around brilliant, not only feeling unique for an anime series, but never feeling out of place.

Extras
While just the first half of the series, the Part 1 set includes a decent number of special features. While there is the standard FUNimation commentaries, these are limited to the first disc and only for episodes 1 & 2, and disc two contains additional offers besides the standard clean opening and ending animations, trailers, and promo videos.. These additions include an interview with the English voice actress for Michiko and footage from the Japanese unveiling press conference, both of which give some nice insight into the process of the show from both sides. 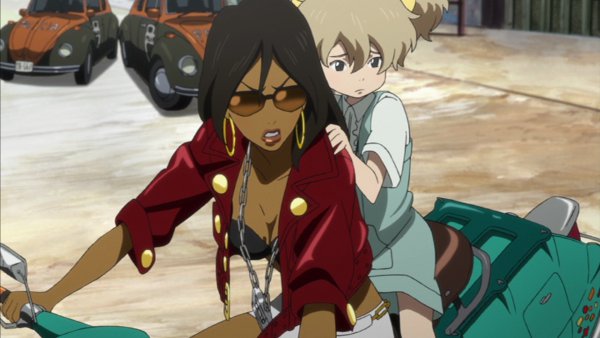 Overall
Michiko & Hatchin is a very unique series, featuring a very under explored section of the world, at least in terms of anime. While this set may only be the first half of the series, it is certainly off to a great start providing plenty of interesting main and side characters. This is a series with strong females characters that almost anyone can enjoy that exist within a vibrant and gritty world. While only a Part 1, it leaves very high hopes for Part 2.