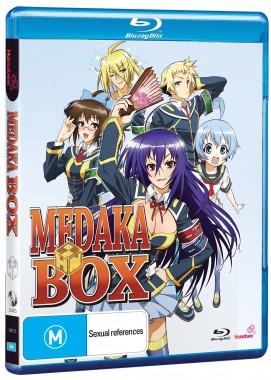 If there’s anything that people love about the shonen genre, it’s the heroes daily lives. You know, the relatable grind that takes place between the battles for the world’s safety…ok, so maybe it’s not everybody’s favourite part. So when a series arises that combines both daily life and over the top action into one solid experience, you couldn’t be blamed for expecting the worst. But the question still lingers, is your assumption correct? 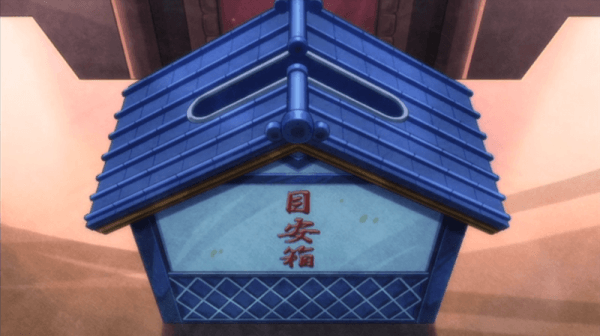 Medaka Kurokami is amazing. Not just at one thing either, you name it, she can do it. Combined with her immensely charismatic personality and undying love for all of humanity, Medaka managed to become Student Council President with a whopping 98% of the vote. Pretty good for a first-year. As her first act as Student Council President, she implements a suggestion box designed to collect the wishes and complaints of all students of Sandbox Academy, so that Medaka may help her fellow students. Isn’t she sweet?

In line with its shonen style, the series takes a “problem of the week format” wherein Medaka and her ever growing band of accomplices do the damndest to assist those in need. Whether rescuing a Borzoi (Russian Wolf-Hound) or holding an inter-club aquatic event, no task is too grand or too ridiculous for the Student Council. This sporadic sequencing of event allows the series to remain interesting despite its limited scope of environment. In the event that the audience may become complacent in regards to scenery, the school itself will adopt an over the top atmosphere to liven things up, such as the inconceivably complex multi-purpose pool that was forgotten about until part way into the anime. How convenient a rediscovery. Though this aquatic realm did allow some rather interesting moments to occur. Damn swim team… 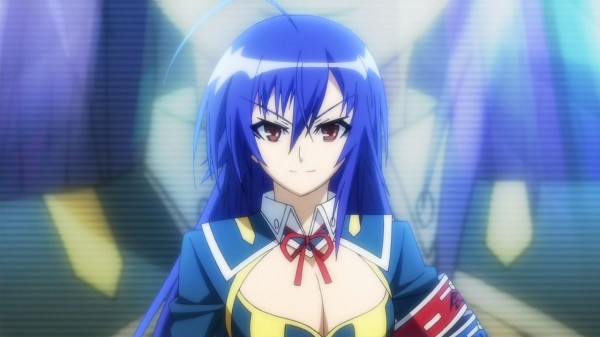 Somewhat contrasting the action of the series, which is often presented for the sake of awesomeness alone, characters inner turmoil is surprisingly realistic. Take Hitoyoshi for example. Though he complains about everything Medaka does, he is fully aware that he has fallen under her spell and would do anything to help her without question. Even Medaka herself is revealed to have some major depth, a fact often concealed by her over zealous attitude towards everything. It would seem that even those who outwardly appear to be in full control of their life suffer from internal doubt. A powerful message from any medium, let alone an anime that features a School Disciplinary Committee armed to the teeth. It’s like nobody knows what the word excessive means.

The series also does a remarkable job at turning what originally appear to be asinine actions, into revelatory moments for the most unsuspecting characters. For example, Medaka’s “Pretentious Appeal to Innate Goodness” is so ridiculously shonen that it loops back around to actually being effective. Think about that for a minute. Medaka is so ridiculous, even by the standards of this series, that others cannot help but be taken aback. Even her best friend doesn’t understand why everybody loves Medaka when, by all accounts, they should hate her overbearing personality. However, this fact itself is later twisted into a truly sad moment when, due to her accepted superhuman abilites, every student assumes certain events are completely normal…they’re not. It’s honestly rather meta how, much like the students of Sandbox Academy, the audience too cannot help but like this unbelievable character. 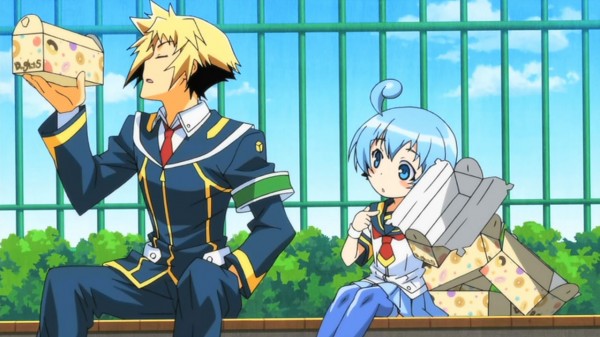 Medaka Box is everything you expect from a shonen series. Ridiculously bright hair colours, impossibly fit high school students and facial features that could cut diamond…did I mention they were in high school? The fact that the series featured such a diverse range of character models, whilst probably not accurate to school life, created a cast that was never a chore to watch. Characters could shift from cute to intimidating in the blink of an eye and they’re completely ridiculous degree of dexterity and power provided some interestingly action packed mundanity. Seriously, confiscating cigarettes has never looked so cool.

One negative that should be noted in regards to the series visuals pertain solely to the English dub. Though by no means a common occurrence, there were times when voices were not completely in sync with a characters mouth. Not a tremendous deal, but if your paying attention, you will notice it at points. 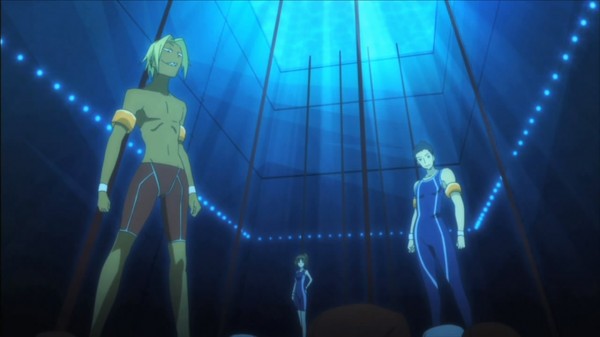 The English dub of Medaka Box is pretty solid. Though it may take a few minutes to adjust to each characters voice, Hitoyoshi for example sounded a lot deeper than I anticipated, you will soon come to accept and enjoy their dialogue. Shelleey Calene-Black for example, does an excellent job in conveying the accidental pretentiousness that arises from her innate ability to do everything well. At the same time, certain vocal moments will also remind you to never piss off Medaka…seriously, it won’t end well for you.

This release is pretty standard when it comes to included extras. You’ve got your typical textless opening and ending and a number of trailers, teasers, promos and video spots for the series. Though still fitting into this category, there is also a very brief glimpse at the characters of Season Two, which is cool. Though in all honesty you get a better look at them in the final moments of Episode 12. 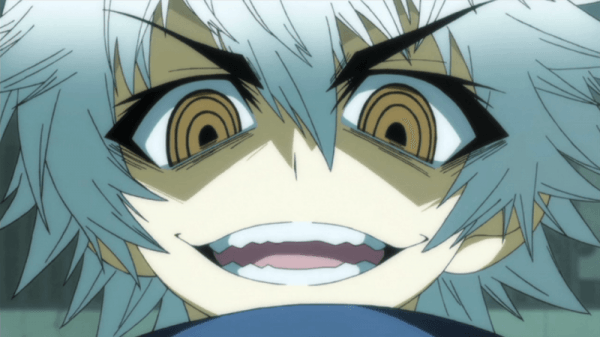 Medaka Box is one of those anime series that does not exactly sync up with what you read on the back of the box. Rather than being a simple story of a Student Council that has to face some mildly quirky problems, this is a series that forces all of the intensity and ludicrousness of a shonen epic into the walls of a high school. As such, episodes periodically explode with bursts of uncontrollable action and a cast of characters who truly stand out from the world in which they were cast. Not to be outdone by itself, the series also features moments of surprising emotional weight, wherein characters are given more than a simple defining personality quirk…most characters at least. All in all, Medaka Box is an over the top series, full of over the top characters, who do over the top things, in an over the top world. Though from the glimpse caught of the characters who will appear next season, Medaka Box may get crazier still…