As the Mass Effect 3 release date approached, Razer announced a literal heap of devices they would be releasing in partnership with BioWare. N7 branded mice, controllers, even bags, were all going to be shipped out to the world at large. The Razer Chimaera wireless headset was among this plethora of peripherals, and the device bears the high standardof quality  set by Razer, now with a Mass Effect flourish.

The moment you receive the box for the headset, you’ll be floored. It is by no means small, and the package is designed to show off the Chimaera, while at the same time art from Mass Effect 3 surrounds it. Earth is burning, and the headphones within will help you put out the fires. As you eagerly unravel the packaging, you’ll be treated to the various staples of Razer customer service. Instruction manuals, Razer stickers, and a “Welcome to the Cult of Razer” message await you. Also inside is the all-in-one charger/wireless tower for the Chimaera. 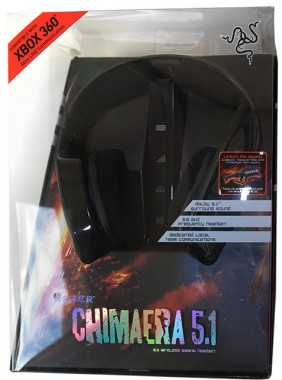 The stand itself is a bit clunky, but it is small enough that you should easily find some space around your television cabinet or desk. The bonus for having to make the space is, of course, that there are no annoying cables tying you down. It was nice to be able to shift position without worrying about pulling the headset out of the Xbox or getting a wire out of my play space.

The problems begin and end with the next phase of the unboxing, however. There are a lot of cables that come with the headset, each having a various purpose depending on how you want to experience your games. Whether it’s by plugging the headset directly into your controller, playing it through a TV-charger connection, or having the charger plugged directly into your Xbox. While the variety is appreciated, the minimalist style in which the instruction manuals literally illustrate the set up of the device is ultimately confusing. Especially because in some cases, like if you want to use the headset for a PC, the instructions are shown, but not all of the cables required are actually included with the Chimaera. I’d be lying if I said I didn’t feel misled at that point.

But what came next surprised me more than my disgruntlement. When you finally get everything working and you put on the headphones, you’ll forget any frustration that may have been caused by the installation of the device. Before it even starts playing sound, the Chimaera rests comfortably on your head and around your ears. Where some headsets can feel uncomfortable after a while, the Chimaera is the leather couch of audio devices. You could wear the thing in your sleep and hardly feel it. Granted, if you rolled onto your side then you probably would have some issues, but the point is you can put the headset on for hours at no discomfort – a plus for those weekend marathon gaming sessions. 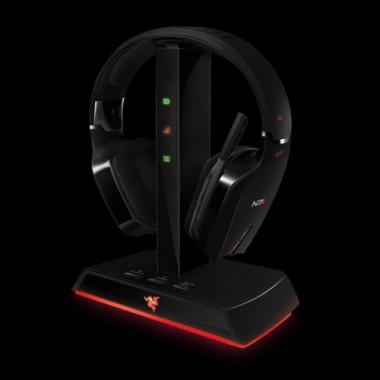 Then the audio kicks in. I can honestly say the sound quality is beyond anything I expected.

The first game to get the Chimaera treatment from me was Mass Effect 3, and boy did the headset make me feel like I was right there. The sound design in Mass Effect 3 was much improved over previous games, and the Chimaera really brings that out. Every shot of the Mattock rifle felt like someone was shooting a gun two feet away from me, every rising orchestral tune swept me away moreso than it had before, and, most strikingly, the quality of ambience shot up. It’s not that it wasn’t there on my first playthrough, it’s just that I could now hear it in all its glory.

I then gave FIFA 12 a go, and the same applied there. Sounds I didn’t even know were in the game were clear as day all of a sudden – the solid “poof” when someone hit the ball and the crowd chants that are layered on top of the basic “Wooaaahhh” in the background, to list a few examples. So it was all the more satisfying when winding down a 1-0 game because every pass completion that kept the ball away from my opponent resulted in a “yeah!” from the spectators. The Chimaera added that little extra spice to the virtual football experience, making something new out of something I’ve been way too familiar with over the past eight months.

The last game on the whirlwind tour my eardrums were going on was The Witcher 2, and there the difference was especially obvious. There’s so much hustle and bustle in any of the locations within the game, and whether it’s the animals in the forests, vendors in the city, or the clash of swords the Chimaera amplifies it all. The world of Temeria went from looking real to feeling real. And while that may be a subtle difference for some, it genuinely helped to get me immersed in the little things of the game. I found myself exploring far more than I usually do, really just taking it all in. 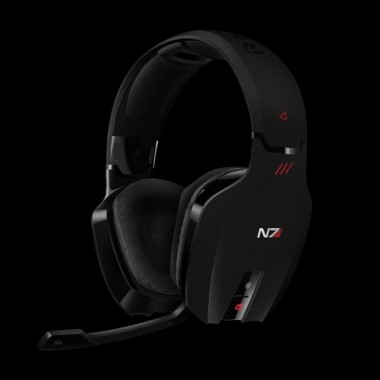 Above I mentioned that you could play with the Chimaera on for hours, but it will also make you want to play for hours. For better or worse, the device effectively blocks out the world around you and places your two feet firmly into whichever virtual world you are exploring at the moment. So whether you’re smack-talking on Call of Duty‘s multiplayer or saving the galaxy from the Reapers in Mass Effect, the Chimaera will make you feel like you are right there in the room yelling at a fourteen-year0-old from Sweden or telling the Illusive Man that he needs to stop being a douche.

The microphone on the Chimaera is also great, though filtered through the internet, there’s probably not much difference on the end of whoever you’re playing on Xbox Live. What’s handy, though, is that muting the mic is as simple as lifting it back into its original vertical position. There’s nothing much simpler than that.

While the Mass Effect 3 Razer Chimaera isn’t the most straightforward of products to set up, particularly if you were hoping to use it for your PC, once it’s been installed you’d be hard pressed to find a headset that can match its sound quality and comfort. If you love total immersion (and let’s face it, if you’re getting a Mass Effect themed piece of peripheral you probably do), then the Razer Chimaera will be one of the best things that has happened to you since the end of Mass Effect.

Oh, and it also comes with a code for some Mass Effect 3 multiplayer goodies, just in case the stylish N7 on your earbud wasn’t enough.