Marvel’s Guardians of the Galaxy: The Telltale Series: Tangled Up in Blue

After successfully managing to transfer numerous comic properties into successful video game adaptations, Telltale Games tackled one of the DC’s biggest characters last year and now they have begun releasing their first series from Marvel comics. Few may have guessed that Guardians of the Galaxy would be the license they would choose to go after but with a brand new movie out in theaters and the success of the first film, fans are ready to see more of what this quarreling band is up to. So now that the first episode, Tangled Up in Blue, has been released does the series get off to a satisfying start?

Those who may be familiar with the series primarily through the movie counterparts may be a bit put off initially as they try to figure out where exactly Guardians of the Galaxy: The Telltale Series: Tangled Up in Blue is set to take place since we already have Star-Lord, Gamora, Rocket, Groot, and Drax gathered together and in the midst of some trouble but it quickly grows apparent that the setting is quite far from what they may be familiar with. In fact, one of the biggest twists that happens in this episode immediately sets the series apart from the “cinematic universe” that Marvel has been building up over the years. 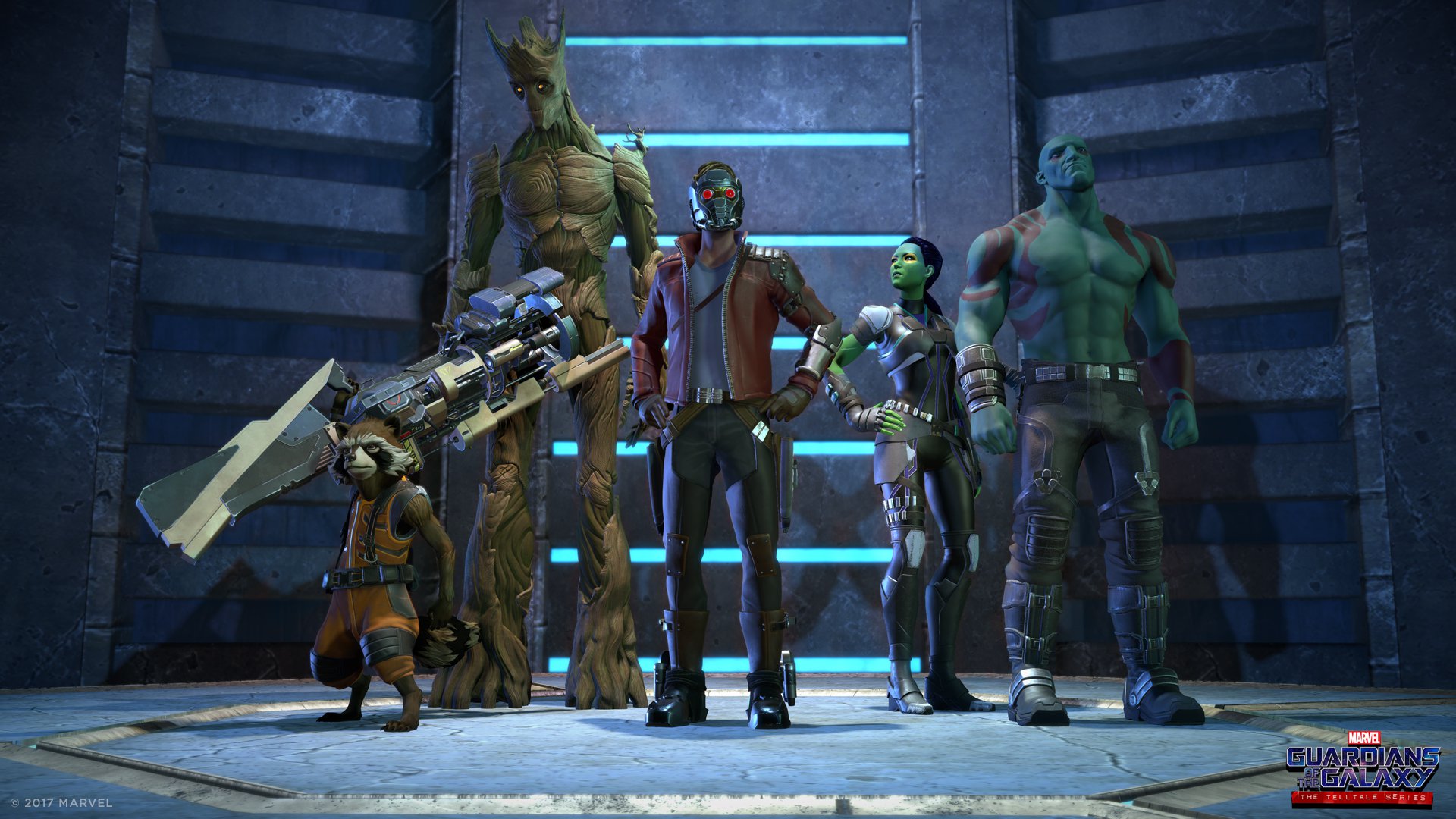 It is a good thing that Telltale Games felt like taking some risks here by moving the Guardians through in a new direction with a hook that is sure to snag into fans and even newcomers with the basest knowledge of the series into continuing along with the series to see just where the journey this time will end up. Considering the story is just starting I won’t discuss these twists much other than that the introduction of flashbacks and the new villain introduced this time around create an interesting plotline that will keep fans eager to see what will happen next.

While these plotlines are obviously the hook, the meat of the story so far comes from the oft arguing members of the Guardians of the Galaxy. Despite being together for quite some time by this part in the story, the group continues to bicker quite often with plenty of quick-witted one-liners mixed in with the standard dialogue that is exchanged between them. The personalities of the crew are as one would expect and their interactions are similarly perfect. 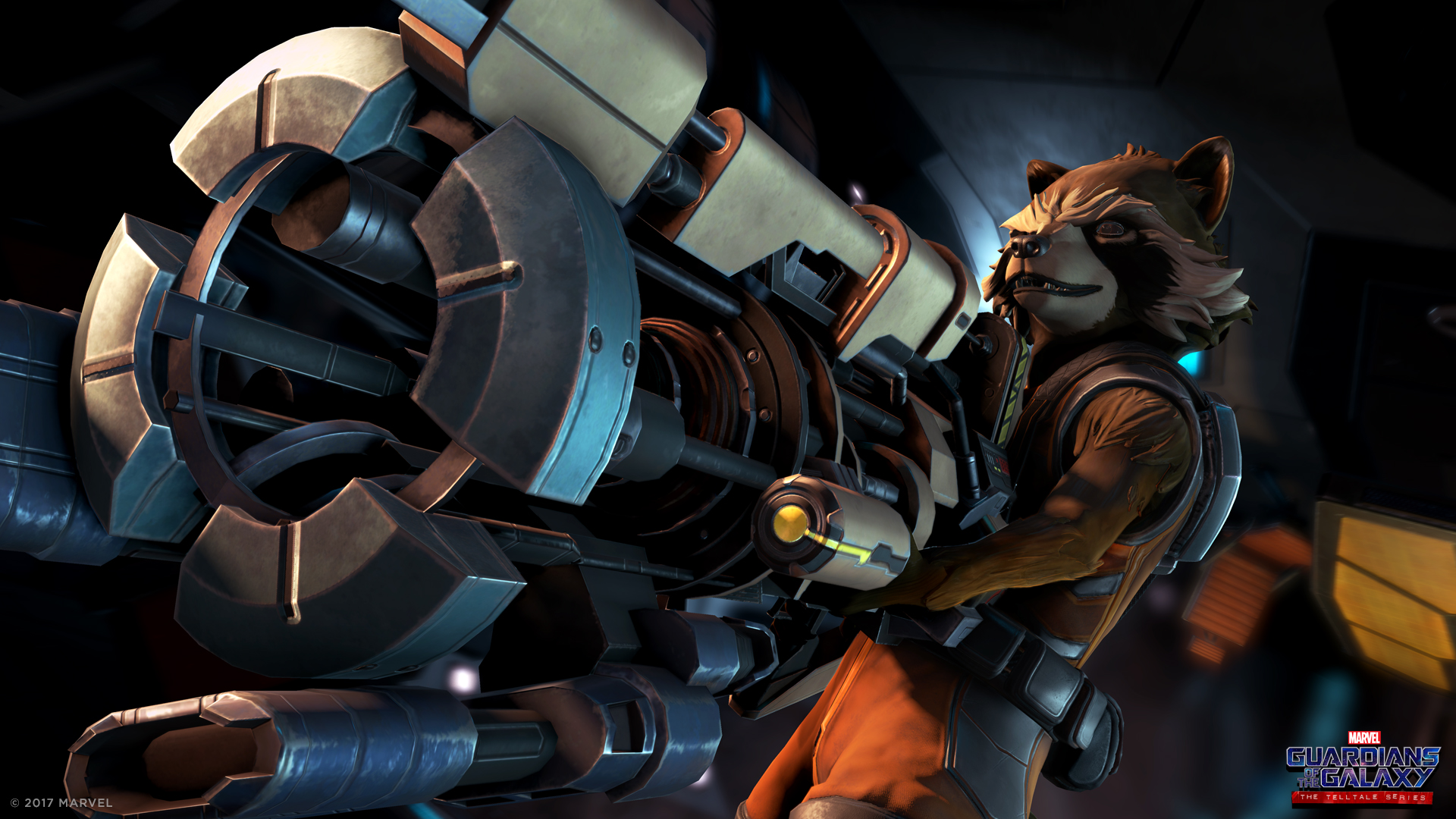 That being said, players will often feel like they are playing something of a balancing act as Star-Lord as they try to keep some of their crew happy while trying to avoid angering other members too much. Obviously it is currently unknown just how much certain choices will affect the player’s relationship with various members of the gang in the future though with one member already preparing to write themselves off and leave the group it is clear that the infighting will only grow worse from here on out.

One thing that is also worth mentioning is that, thanks primarily to Star-Lord’s gadgets of which we’ll touch on more in a bit, Telltale has added in the option to talk with your team members during exploration sequences and this is a nice way to add additional dialogue and get your crews’ thoughts on a situation that would have been missed otherwise.

Those familiar with Telltale’s style will feel quite at home with most of the gameplay found throughout this episode. With action taking place through quick time events and almost all dialogue involving two to four choices that must be selected within a certain time frame the company hasn’t stepped out of familiar territory all that much. 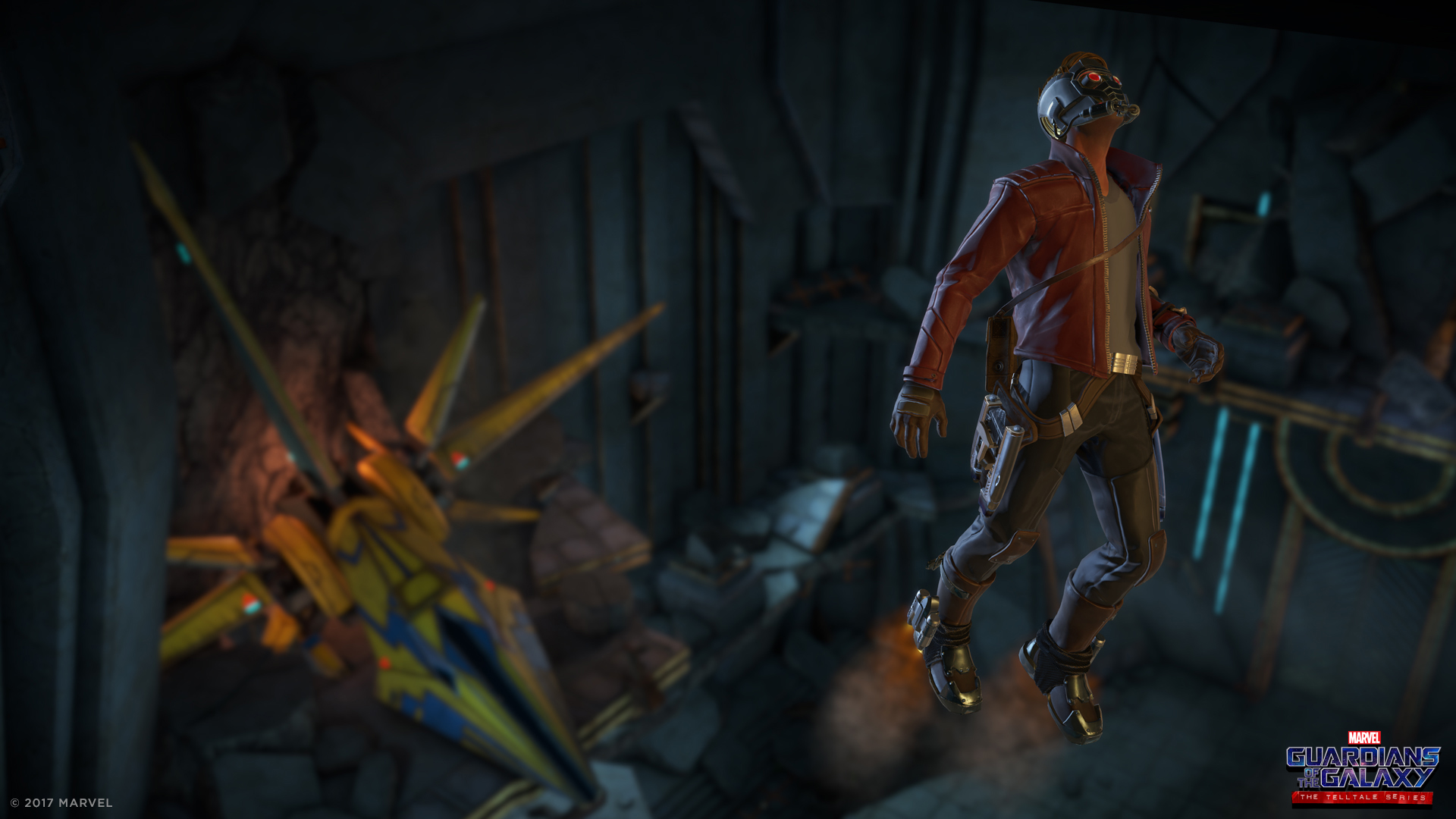 They did however manage to expand on their current mechanics though and as mentioned earlier most of this comes through Star-Lord’s tools. Extra dialogue is unlocked through radio discussions, his tool to see holographic events of previous events add a new layer to some puzzles that still are fairly easy, and using his jet-boots to travel between floors at a quick pace allow for new exploration features that ad a bit of extra spice into the game.

One must say that, outside of a few appearance changes that fans who have only seen the films to this point will need to adjust to, the character models in this episode are fantastic. The Guardians as well as other familiar faces are nicely detailed and even the environments you explore have a nice amount of variety to them. It is also worth noting that throughout my time with this episode I didn’t experience any glitches or hiccups which is a nice touch considering the common nature of these issues in The Walking Dead: New Frontier. 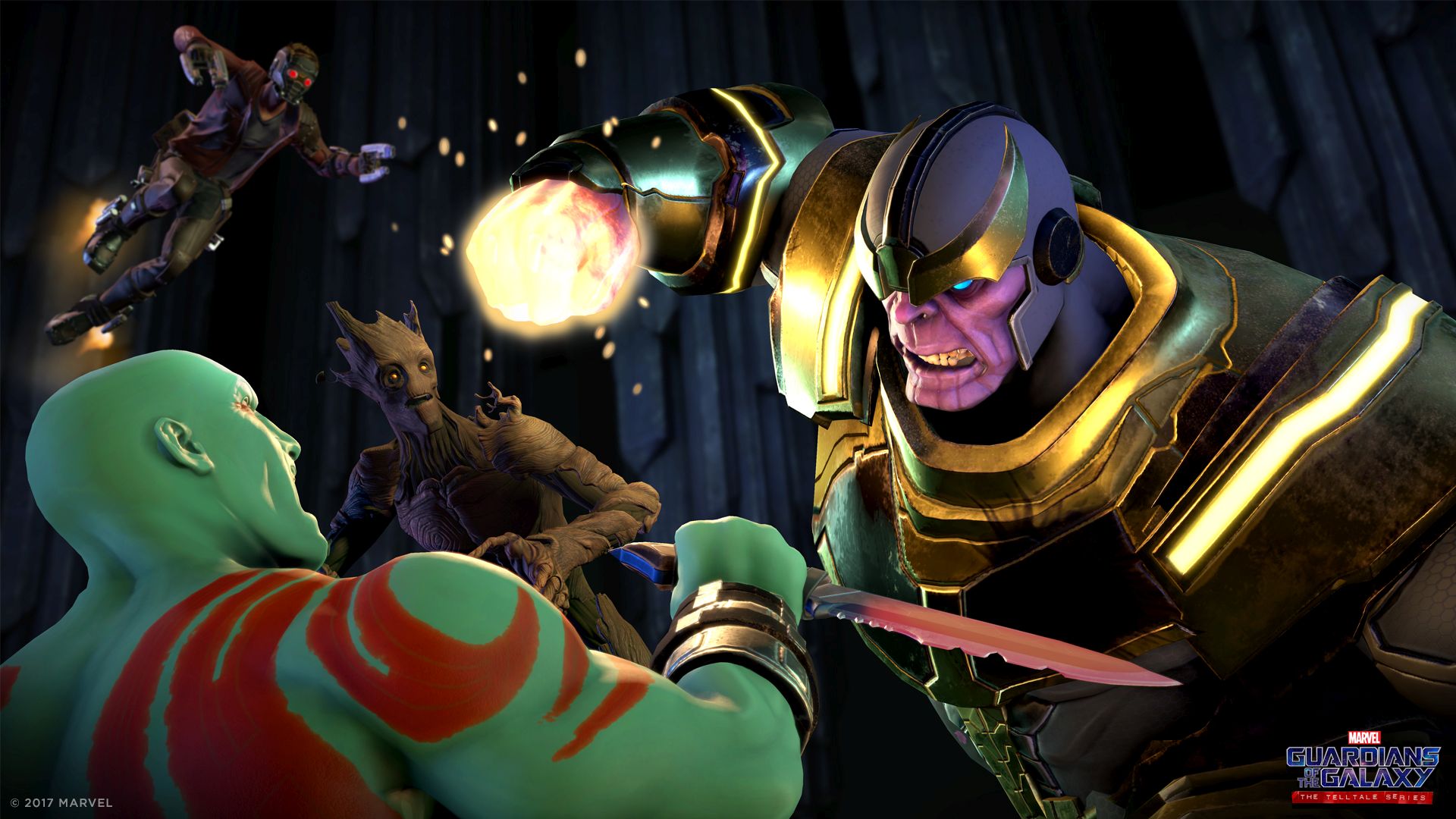 The voice work for the characters is also fairly well done with many of the characters fitting along nicely with what fans may be familiar with as the new voice cast steps into these roles. It is interesting to note that Telltale has not skimped on the classic rock music that Guardians of the Galaxy is known for using and have included a couple of great tracks in this episode alongside standard tunes used for background music.

Guardians of the Galaxy: The Telltale Series: Tangled Up in Blue had some difficult ground to break but thankfully Telltale’s writing has managed to successfully set up an interesting storyline while still holding together most of the familiar personalities of these characters. With these flawed characters continuing together towards a new journey, it will be an interesting ride for sure and this just so happens to be a solid start for fans and even newcomers looking for a fresh story.

Telltale Games had a difficult task ahead of them but Tangled Up in Blue proves that at least so far they have set up a satisfying start to a new series with a solid hook and most of what made the cast endearing to begin with.
8.5