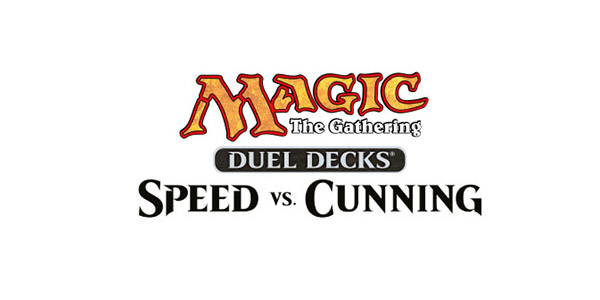 Magic: The Gathering is filled with a wide variety of products that cover a wide variety of players and skill levels. Duel Decks are one of those products that is made for a wide-variety of skill levels; they can be used to teach new players the game, give experts an opportunity to play against each other on an even footing. Casual players get access to some cards that they otherwise wouldn’t have seen and veterans get highly desired reprints.

Speed vs Cunning is the latest in a long line of Duel Decks and draws heavy inspiration from the upcoming Khans of Tarkir set. Each of the two 60-card decks is based around one of the two clans; Speed is the Red/Black/White clan Mardu, while cunning is the Blue/Red/White clan Jeskai. Since it was released just prior to Khans of Tarkir, Wizards has found it pertinent to put in a few preview cards from the upcoming set, so lets take a look at those: 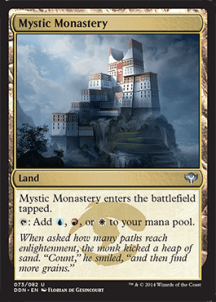 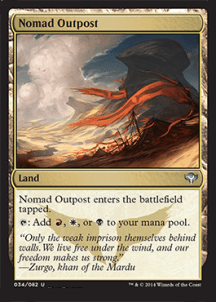 The first two cards are part of a cycle of lands that tap for one of three colours. These lands are powerful in literally any format of the game, but will almost certainly see play in the Commander format. The fact that they come into play tap slows them down a little bit but the versatility they provide cannot ever be understated. 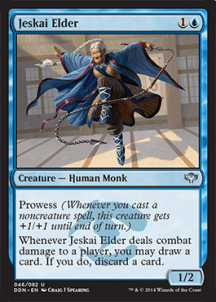 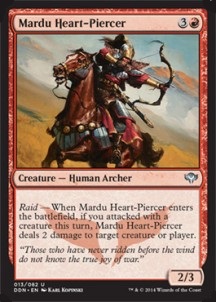 On the other side, Speed gets Mardu Heart-Piercer, who shows off the new Mardu ability; Raid. Raid an ability that rewards you for attacking first and asking questions later by giving you additional benefits for doing so. This is especially important as it is typically a good tactical move to make when playing. 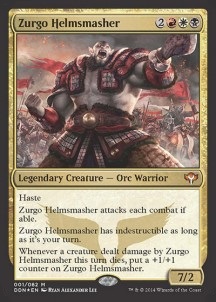 Then we come to the rares. The Speed deck gets Zurgo Helmsmasher, the Khan of the Mardu Clan and as you can see above he is an absolute BEAST! 7/2 attacker for 5 mana is incredible and the fact that he is indestructible as long as it is your turn just makes him all the more better. Don’t be surprised if this huge sucker sees some competitive play, and you get a foil, alternate-art version straight out of the box. 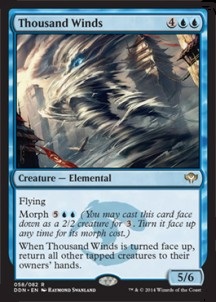 The last new card in the set is Thousand Winds, and he can single-handedly blow out the entire Speed deck in one move. His morph ability is incredibly powerful, and the fact that he is a 5/6 flyer can’t be understated.

However Duel Decks aren’t always about new cards. In fact, Speed vs Cunning features a few important reprints, especially these ones: 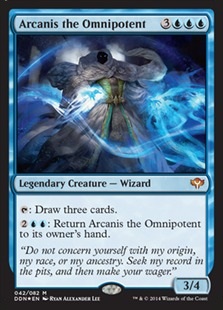 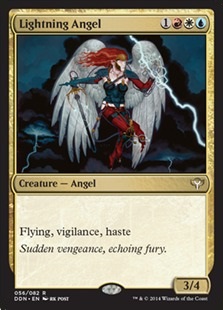 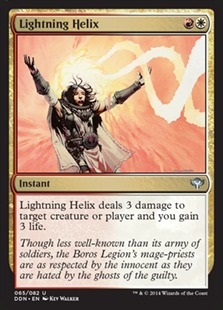 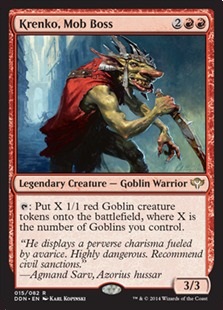 Arcanis, Krenko, Lightning Helix and Lightning Angel have all left lasting impressions on the game since their original printings, and the fact that players new and old can get their hands on them without having to shell out tonnes of money or dig through old dusty boxes is awesome.

Speed vs Cunning’s two decks showcase two of Magic’s most prominent gameplay styles; Speed covers an aggressive strategy while Cunning is all about control. Each of the decks are simple enough to understand for the purpose of new players, while also doing a fine job of showcasing what each style is about. Speed’s agro-style is quick off the mark but if it is stalled by Cunning’s control-oriented spells then it likely wont recover. On the flip-side, Cunning’s counter and bounce-spells can keep Speed locked down until it can drop one of its giant creatures.

Each game of Speed vs Cunning is a bit of a race and because of this you never know how it will turn out. This makes it one of the more fun Duel Decks that I have played in a long time, and although it isn’t as powerful as some previous decks, it is still a great addition to the line.