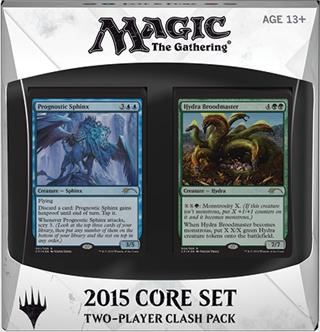 It is always interesting when Wizards releases a new type of Magic: The Gathering product. The Clash Pack are the newest introduction to the line-up, set to replace the classic Event Decks in every alternating set. The general idea is that a Clash Pack is a halfway point between Duel Decks and an Event Deck, providing players with 2 ready to play standard decks, that if the owner so chooses can be combined into one almost tournament-ready deck. It is an interesting design that while it suffers from its flaws, still manages to deliver.

Fate & Fury is the first Clash Pack from Wizards, and is initially separated into two decks; Fate, a blue/green scry-based deck (and we all know how much I love Scry-based decks) and a more aggressive-styled deck in Fury, which is green/red. The decks themselves are designed to be played against one another on relatively fair footing, but this sadly rarely turns out to be the case.

“Fate” is a control-deck that is focused on (you guessed it) trying to control the match up. Using cards to scry your own draws, or to counter your opponents spells is typically a pretty powerful strategy. Unfortunately the counterspells included in the Fate deck are just not good enough. The deck only has access to Negate, which is useful only against non-creature spells. Well (and I will get to this below) but most of the spells in Fury are creature-based, which means that Fate loses a lot of its oomph and versatility. The deck almost entirely relies on you winning with Prognostic Sphinx, which while not a bad card is just relatively weak against Fury’s big beefy beaters. 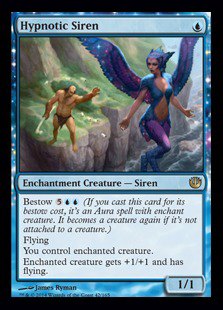 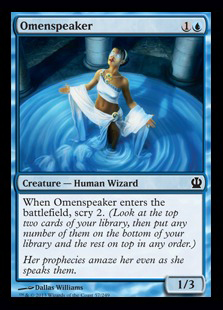 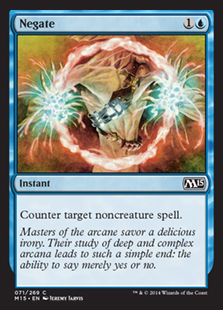 Fury on the other hand is a powerhouse. Red/Green is a dominate decktype currently in standard and this Clash Pack shows us why. It is able to use creatures like Elvish Mystic and lands like Nykthos, Shine to Nyx to get out its big win conditions like Hydra Broodmaster early on and make it almost impossible for the opponent to keep up. Not only that but Fury comes with Courser of Kruphix, which is probably one of the best rares from the entire Theros block and allows you to play lands off the top of your deck and keep an eye on what is coming next.

The pack also comes included with a decklist that allows you to combine the two together and create a standard-ready 60 card deck, and 15 card sideboard. The deck that you create is a Blue/Green deck that makes better use of some of the mana acceleration abilities like Kiora’s Follower to untap Nykthos and create a TONNE of mana for you to pump out giant hydras as early as possible and just smash your opponents in the face. However, due to the nature of the deck, there are a lot of singles in the deck which means consistency can be thrown right out the window. 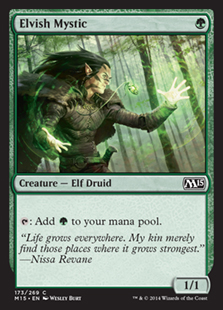 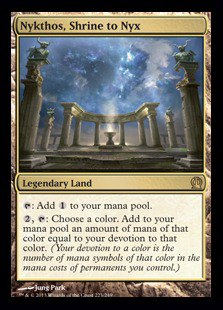 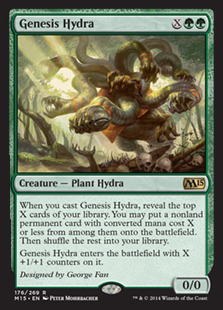 So the decks themselves are unbalanced and a little unreliable at times, but as a mid-ground between Duel Decks and event deck it does its job more than suitably. It works doubly well as it is a control vs aggressive matchup which will give newer players a look at how different deck styles can play and hopefully spark their creative juices a little bit into creating something even better in the future. However, the decks aren’t the only important facet of the Clash Pack.

The Clash Pack comes with a bunch of rare cards, and of these there are 6 alternate-art, foil cards that will only ever be available in the pack. Here are the six cards that you can get; 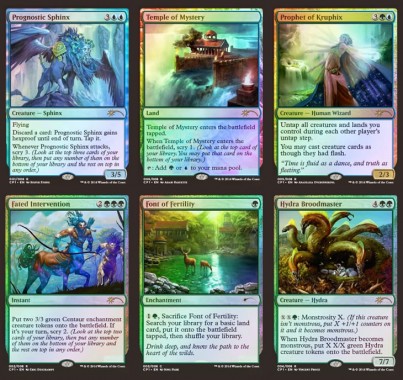 Click to see these foil beauties in full size

So as you can see we have 5 rare foils (Prognostic Sphinx, Hydra Broodmaster, Temple of Mystery, Fated Intervention and Prophet of Kruphix) as well as one common foil (Font of Fertility). I don’t really understand the purpose of a foil common alternate art in the pack, but the art looks beautiful so I wont question it too much. In fact, the art looks beautiful on all of these cards, with special mention going to the Prophet of Kruphix and the Temple of Mystery. As a player who uses both of these cards, having access to these gorgeous alternatives really makes me smile. While they may not be the greatest value money-wise, they look great and are a great starting off point for newer players.

So in the end, Wizard’s first Clash Pack had a few problems, but that is to be expected with a new product. Due to the way that they will be releasing clash packs (they will be released in alternate sets) it wont be until early next year that we see if the mistakes can be fixed. When all is said and done though however, the pack itself is pretty great value for new players and the foil cards make it a great purchase for collectors, or people who just like shiny things.